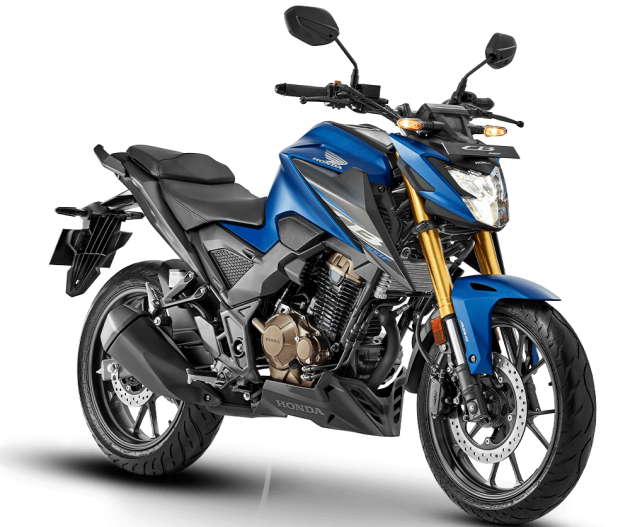 Styling for the CB300F follows typical naked sportsbike design, but moving away from Honda’s current language of Neo retro modern classics. Body shape on the CB300F is sharp and aggressive, unlike the CB300R and CB300RS.

Fuel for the CB300F is in a 14.1-litre with a claimed weight for 153 kg. Tyre sizing is 17-inches shod with 110/70 in front tyre and 150/60 at the back, fitted with upside-down forks and preload-adjustable monoshock, with single hydraulic brake discs.