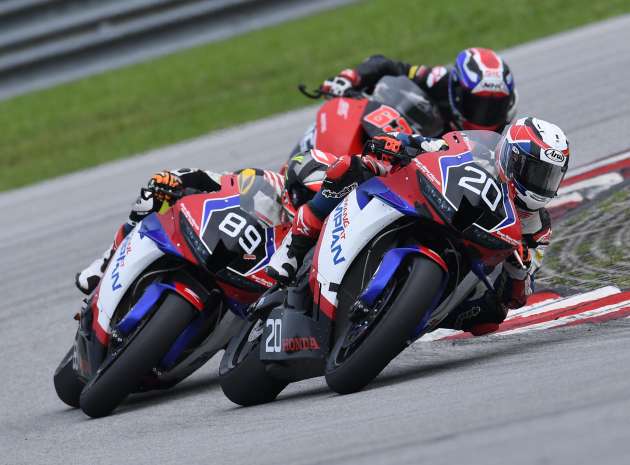 Finishing the first round of 2022 Malaysian Superbike Championship (MSBK) with a bang, Kasma Daniel Kasmayuddin of Yamaha Gen Blu Racing Team ASEAN with both races in the MSBK1000 A Class. Fending off a strong challenge from Azlan Shah Kamaruzman of Horizon Racing Team, Kasma won all three races in his class over the weekend at Sepang International Circuit (SIC).

With Ahmad Daniel Haiqal finishing third overall after the round’s three races, this year’s championship is shaping up to be a three-cornered fight. “I was merely managing my lap time. I tried to be consistent and more careful as I had issues with my tires in Race 2. I am definitely thankful to have won this race,” said Kasma.

In the MSBK600 class, Azroy Hakeem of Honda Boon Siew Racing Team took overall honours on the weekend, with SIC Racing’s Ibrahim Mohd Noroddin and Danial Syahmi Shahri following him in second and third. For the quarter-litre competition MSBK250 A Class, Irfan Haykal Amidi spoiled a 1-2-3 finish for SIC Racing, slotting in between Farish Hafiy Farid Sezli in first and Emil Idzhar Ezuan in third, while Farres Putra Mohd Fadhill had to settle for fourth over on the weekend.