Home » Bikes » BMW i Vision AMBY, no electric bicycle, it's a pedalec – paultan.org BMW i Vision AMBY, no electric bicycle, it's a pedalec – paultan.org 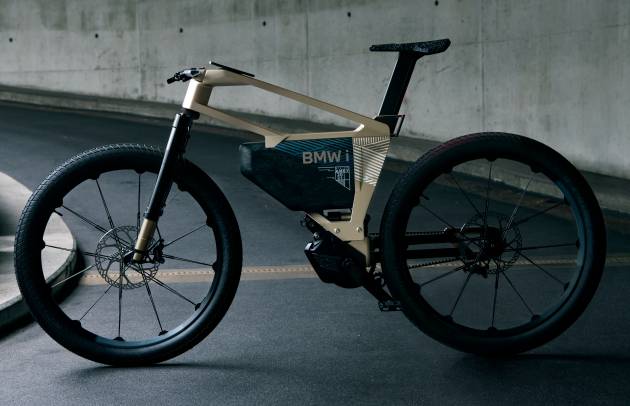 Wanting to take to concept of the electric bicycle (e-bike) into a high tech future, BMW i Vision presents the Amby, or “adaptive mobility”. BMW says this is a high-speed pedelec designed for the urbanist, which, once we cut through the marketing speak, is a an e-bike with several features built in that tie it to the rider, the rider’s smartphone and occupies that grey area between what is a bicycle and a motorcycle.

The conventional part of the I Vision Amby is as normal as it gets, you have a pedal powered two-wheeler with drive supplemented by an electric motor fed by a 2,000 Wh battery. BMW says recharge time takes three hours and a full charge allows the Amby to travel a claimed 300 km at a maximum 25 km/h.

Power from the motor only comes in when the rider starts cycling, meaning there is no button or throttle for zero-effort movement. Drive to the 27.5-inch rear wheel uses a toothed belt for low maintenance and the wheel itself is mounted on a single-sided swingarm in a design taken from BMW’s Motorrad division. 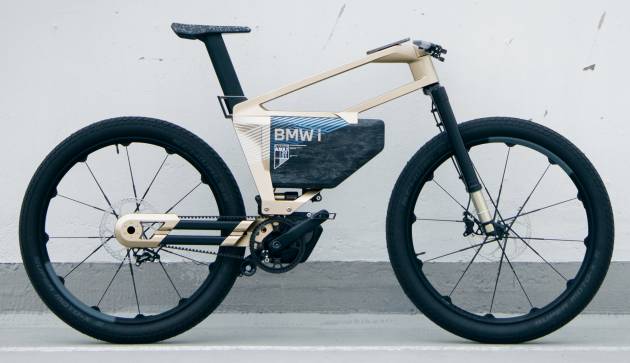 There are three ride modes with mode 1 governing the Amby to 25 km/h, mode 2 allows up to 45 km/h and mode 3, or Vmodmax, goes to a governed top speed of 60 km/h. Correspondingly, range is inversely proportional to speed, as is the norm for electric powered or assisted vehicles, with mode 1 giving 300 km, mode 2, 180 km and mode 3 drops the range to 75 km.

High tech comes into play when the rider’s smartphone is connected to the Amby, with BMW foreseeing user restrictions like licence classes and insurance regulations coming into force for e-bikes. An app will store such information and connect to the Amby, indicating what speeds the user is restricted to depending on licence.

Things are also taken a little further with the Amby using geo-fencing to limit movement to specific areas and restrict travel speed based on regulatory limits. The app also uses facial recognition as a digital key, allowing access to the Amby. 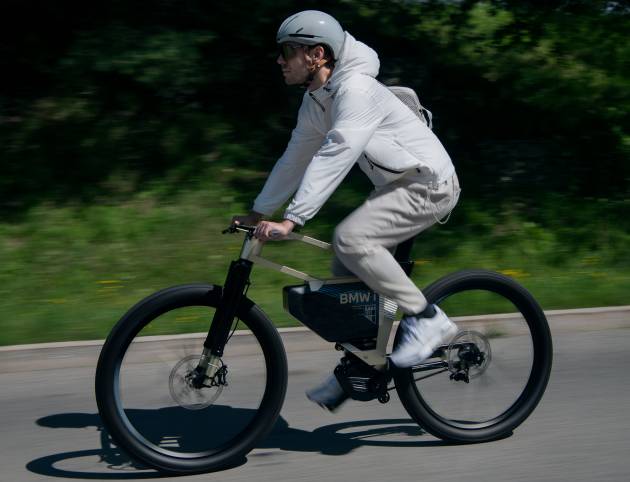 Other tech features on the Amby are an electrically adjustable seat post, which automatically adjusts to the preferred rider height based on the digital key with the seat height itself automatically set by the Amby after the user enters biometric data such as height and inside leg measurement.

Future tech that might be included into the I Vision Amby are ABS for bicycles, automatic high-beam assist, automatic brake lights and DRLS. Other possibilities include tyre pressure monitoring and proximity rider to warn of vehicles approaching from the rear.