CFMoto India Launch: What To Expect?

Chinese motorcycle manufacturer CFMoto will finally kick-start operations in India on July 19, 2019. The manufacturer has tied up with Bangalore-based AMW Motorcycles to assemble its motorcycles in the country and set-up the sales and service network for the bike maker. Interestingly though, this will be the manufacturer’s second attempt to enter the Indian market. Previously the brand had tied up with Eider Motors in 2014, but the latter’s promoter was arrested over fraud and embezzlement charges. This time though, CFMoto seems more sure than ever for India and will start operations with a minimum of four offerings. Here’s what you can expect from CFMoto.

CFMoto was founded in China in 1989 and builds everything from motorcycles to quad bikes and All Terrain Vehicles (ATVs). The brand primarily sold its products in China and moved to a global platform more recently with presence in Europe, South Asia, Africa South America and more. In 2017, Austrian manufacturer KTM partnered with CFMoto to sell its motorcycles in China and other parts globally. The Chinese bike maker also has access to KTM’s design arm KISKA, which has worked on some of the company’s newest offerings. 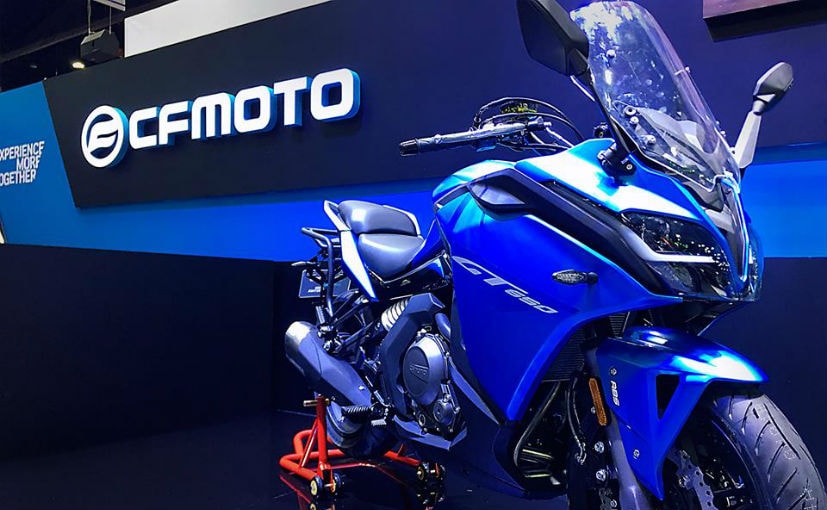 CFMoto was founded in 1989 and makes a number of products including bikes, ATVs & more

With respect to the offerings, CFMoto will commence operations with the 300NK, 650NK, 650GT and the 650MT from its global line-up. The bikes are manufacured in China and will come to India as Completely Knocked Down (CKD) kits. The bikes will be assembled at AMW’s facility near Hyderabad, and is said to have an annual production capacity of 10,000 units.

The CFMoto 300NK will be the brand’s most affordable offering. The KTM 250 Duke rival is expected to be priced between ₹ 2-2.5 lakh (ex-showroom), and boasts of sharp styling with minimal bodywork and standout features like the LED headlamp, TFT instrument console, Trellis frame and more. Power will come from a 292 cc motor that will churn out around 33 bhp and 20.5 bhp, while paired with a 6-speed gearbox. The bike comes with USD forks up front and a monoshock at the rear, along with disc brakes at either end and dual-channel ABS. With a kerb weight of 151 kg, the 300NK promises a healthy power-to-weight ratio.

The other motorcycles include the CFMoto 650NK street-fighter, 650MT adventure tourer and the 650GT sports tourer. The three bikes share the same 649 cc twin-cylinder engine but are available in different states of tune. The CFMoto 650NK is a Kawasaki Z650 rival and belts out 60 bhp and 56 Nm of peak torque and is expected to be priced around ₹ 5 lakh. Meanwhile, the CFMoto 650MT is a Kawasaki Versys 650 rivaling adventure tourer with 69 bhp and 62 Nm, and is likely to be priced around the ₹ 6 lakh mark. The CFMoto 650GT is a sports tourer with 60 bhp and 58.5 Nm on tap, and will compete against the Honda CBR650R. Expect the bike to be priced around ₹ 5.5-6 lakh (all prices, ex-showroom).

CFMoto-AMW are expected to make strategic announcements on the launch day with regard to the pricing, availability, sales and service network and more. The company is also likely to announce the other new products that will hit the Indian market in 2020.

There will be a lot of action coming from the CFMoto launch event tomorrow, so make sure to keep watching our social media handles and comeback to carandbike for all the details on the newest contender in the Indian two-wheeler space.