Anand Mahindra, Chairman of one of India’s leading automobile manufacturers, Mahindra & Mahindra, has admitted that entering the commuter motorcycle segment more than a decade ago was a mistake on part of the Mahindra Two Wheelers strategy. The Mahindra Group had entered the two-wheeler segment after buying out Kinetic Motor Company in 2008. Mahindra Two Wheelers had a few decent products in the commuter motorcycle portfolio, like the Mahindra Centuro, Mahindra Pantero and Mahindra Stallio. But the company failed to make a mark in the entry-level two-wheeler segment largely dominated by Hero MotoCorp, Honda Motorcycle and Scooter India, as well as Bajaj Auto.

In the 2018-19 financial year, Mahindra Two Wheelers sold just over 4,000 units, a decline of 73 per cent from a year ago. In the same financial year (2018-19), according to data released by the Society of Indian Automobile Manufacturers (SIAM), the domestic two-wheeler market stood at over 2.12 crore units. According to Anand Mahindra, the learning from the company’s performance in the commuter bike segment was a “product failure” which led to new learnings and entry into the premium two-wheeler segment, where he said the group has been fairly successful.

“We knew our dream well and we had the right things, but how to win is where we went wrong. We should have never gone to the commuter bike side,” Anand Mahindra has been quoted as saying at an event organised by British airline Virgin Atlantic on looking at “business as an adventure”. 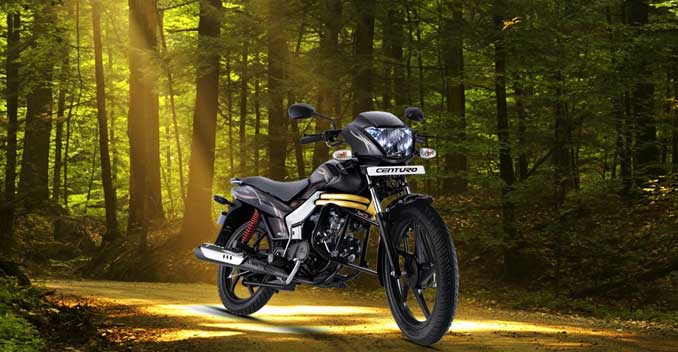 The Centuro was one of the first commuter motorcycles launched by Mahindra two-wheelers.

Mahindra Two Wheelers currently has the Centuro range and variants in the commuter motorcycle segment, as well as the Mahindra Mojo in the 300 cc premium segment. But more importantly, the Mahindra Group-owned Classic Legends Private Limited has been able to inject fresh momentum to the premium motorcycle segment, by reviving the Jawa motorcycle brand, originally a motorcycle brand from the Czech Republic. The new Jawa motorcycles, with three models on offer, are seen as direct competitors to Royal Enfield which has an average monthly sales volume of between 65,000-70,000 motorcycles. While the response to the Jawa bikes has been quite enthusiastic, the company has yet to disclose production and sales volumes, and customers still face long waiting periods to take delivery of a new Jawa motorcycle, even a year after the brand’s re-launch.

But now, Mahindra Two Wheelers will have more to offer in the entry-level premium motorcycle segment, with plans to re-introduce another iconic British motorcycle under the Classic Legends portfolio. Classic Legends has also acquired rights to British brand BSA, and the next big brand launch will be BSA, with several modern classic motorcycles, which will try to grab a slice of the segment which is still largely dominated by Royal Enfield.