Honda Motorcycle and Scooter India (HMSI) has launched the new Honda SP 125 motorcycle, priced at ₹ 72,900 (ex-showroom, Delhi) and the new motorcycle is compliant for the new Bharat Stage VI (BS-VI) emission regulations which will come into effect from April 1, 2020. The SP 125 is the second two-wheeler from HMSI to be BS6-compliant, after the launch of the new Honda Activa 125, and the first motorcycle. The new Honda SP 125 not only gets a new fuel-injected 124 cc engine but also gets a long list of new features to justify the ‘new and improved’ tag. Along with slightly bigger dimensions, the new SP 125 also makes marginally more power and the engine has been tweaked to make a better spread of torque across the powerband.

According to Honda Two-Wheelers the new SP 125 is an advanced motorcycle in more ways than one, rather than just an updated fuel-injected engine which meets the upcoming BS-VI emission regulations. In fact, Honda has filed for 19 new patent applications for the SP 125. The new Honda SP 125 also sports a brand-new design, with segment-first, LED DC headlamps, sharper bodywork, new body graphics, new colours, a new digital instrument panel, as well as a long seat for added comfort. The Honda SP 125 BS6 will be available in two variants (Drum & Disc) and 4 colours – Striking Green, Mat Axis Grey Metallic, Imperial Red Metallic, and Pearl Siren Blue. 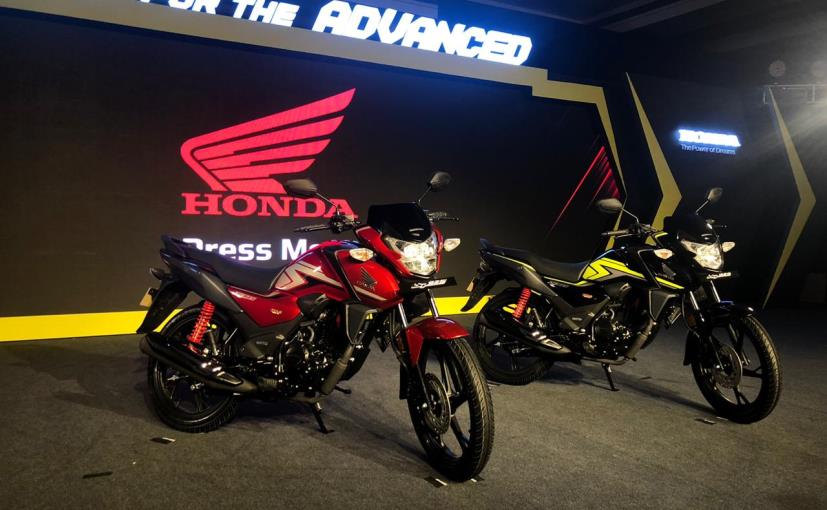 On the features list, the new SP 125 BS6 gets an idle start-stop system, engine inhibitor which won’t allow the rider to start the engine if the side stand is down, as well as a silent ACG starter motor. It also gets a segment-first engine start-stop switch and comes with 8 on-board sensors to constantly inject optimum fuel and air mixture which aids consistent power output, high fuel efficiency & less emissions. The new instrument panel also features a long list of information including trip meters, average fuel efficiency and instantaneous fuel efficiency figures, gear position indicator, and service due indicator.

The motorcycle is powered by 124cc, 4-stroke SI engine that is tuned to make 10.7 bhp at 7500 rpm and develops 10.9 Nm of peak torque at 6000 rpm. The motor comes mated to a 5-speed gearbox, and it is now 16 per cent more fuel-efficient. The suspension setup includes telescopic front forks and hydraulic shock absorbers at the rear. The bike also gets smart-looking 18-inch black alloy wheels with an optional 240 mm disc brake up front and 130 mm drum unit at the rear. The standard fitment includes a 130 mm drum unit at both ends. The bike also gets Combi-Brake System (CBS) with equalizer.

The Honda SP 125 is based on the CB Shine which is not just India’s but the world’s highest-selling 125 cc motorcycle. Globally, it is also the single-largest selling motorcycle from Honda, and the new and updated model will be priced higher, but with the upcoming BS6 regulations, all two-wheelers across different manufacturers are expected to get a hike in prices.

Skoda Octavia RS Rendered To Spice Up The Roomy Liftback