India’s Jehan Daruvala secured his second consecutive win in the FIA Formula 3 in the first race of the French Grand Prix, replicating his success from Barcelona. The Mumbai-based driver had previously secured a win in the last round of the championship and has managed to follow it up with a brilliant win at the Paul Ricard circuit. Jehan’s back-to-back victory has moved him up to second place in the driver standings in just three races so far.

Jehan had a strong pace since the practice sessions and finished fourth, while the qualifying session saw him in second place, 0.087s behind pole-sitter Jake Hughes. A slow start in the race meant he was pushed down to third behind Trident driver Pedro Piquet, but the 21-year-old managed to recover and o prove pace at the start of Lap 3 attacking the Brazilian driver for second place. Daruvala was quick to move into P2 soon after and was now looking to pass Hughes, who had built a two second lead at the front. 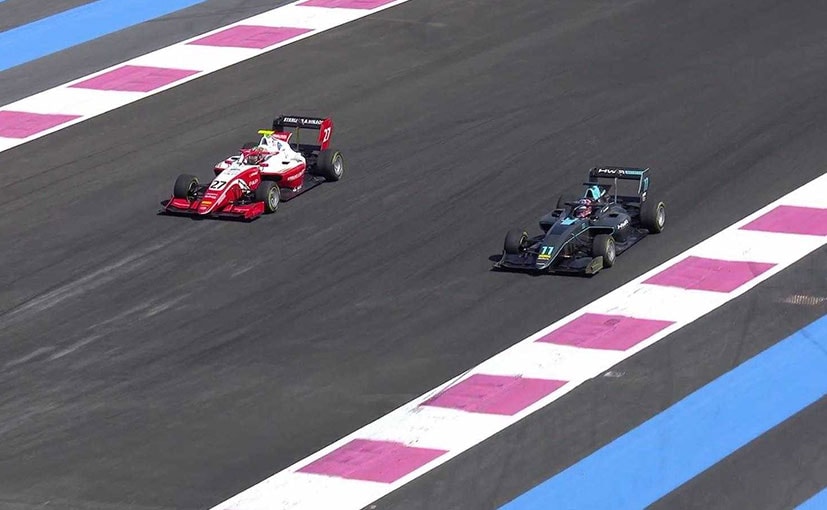 It was only by Lap 8 that Jehan could reduce the gap down to 1 second over Hughes and the driver was within range to make the pass to take the lead. Daruvala finally got the opportunity on the penultimate corner as passed Hughes taking the inside line. However, Hughes wasn’t going down without a fight and tried to pass him soon after at the Mistral chicane but ran wide instead. This allowed Jehan to build his lead over Hughes to finally take his second win with a margin of 2.8 seconds. Coming in second was Prema Racing teammate, Robert Shwartzman, who also managed to gain a position to finish second ahead of Piquet.

Speaking about his back-to-back wins in F3, Jehan said, “I’m really happy for today’s result as the pace was extremely good throughout the whole race. At the start, I didn’t go off the line as I would have liked to, but I did not need to over push, I tried to stay in the DRS zone of Pedro and I got the job done on the first lap of D ₹ Then I started hunting Jake. At the beginning I was just recovering a couple of tenths here and there, I tried not to push too much and stay in pace. In sector 3 I was strong compared to him. When I got in the DRS zone I managed to get him before the last corner and had the DRS on the main straight. I have been good in sector 3 for the whole week so I knew that if I could hold him off, I would have the chance to pull away and it went according to plan. After that, the car was as good as it could be and I could manage the gap.”

Jehan will now start Race 2 of the weekend in eighth place, as part of the reverse grid. It will be interesting to see if the driver is able to replicate his performance for the third time, especially with traffic holding him back at the end of the grid. A third podium though is certain to cement his position as one of the title contenders for this year. Daruvala is currently in second place in the standings behind teammate Shwartzman.

McLaren Is Taking Its New Grand Tourer On A Grand Tour