Hero MotoSports’ Joaquim Rodrigues won the second stage of the 2019 PanAfrica Rally after a fantastic finish. The rider improved his position from P4 in Stage 1, as he traversed through the shortened stage of 145 km dominating the first half. JRod bags his second win in the rally after winning the prologue stage. Teammate, CS Santosh finished Stage 2 in 11th place, and is placed 10th in the overall rankings. Meanwhile, Sherco TVS witnessed all its riders finishing within top 10 with Lorenzo Santolino taking P2 behind JRod, followed by Adrien Metge in P3, Michael Metge at P4, and Johnny Aubert at P9 in the overall standings.

Joaquim Rodrigues, Hero MotoSports said, “A very good day for me today. I started pushing ahead right from the beginning and tried to catch the guys in front of me. But by then the dust was really terrible, making it difficult to see anything. I kept my cool and managed to pass two of the riders in front of me and arrived at the refuelling point in the 2nd place. Too bad that they had to cancel the second part because of some technical problems, but for me it means that I get a good win for my team, so I am very happy.” 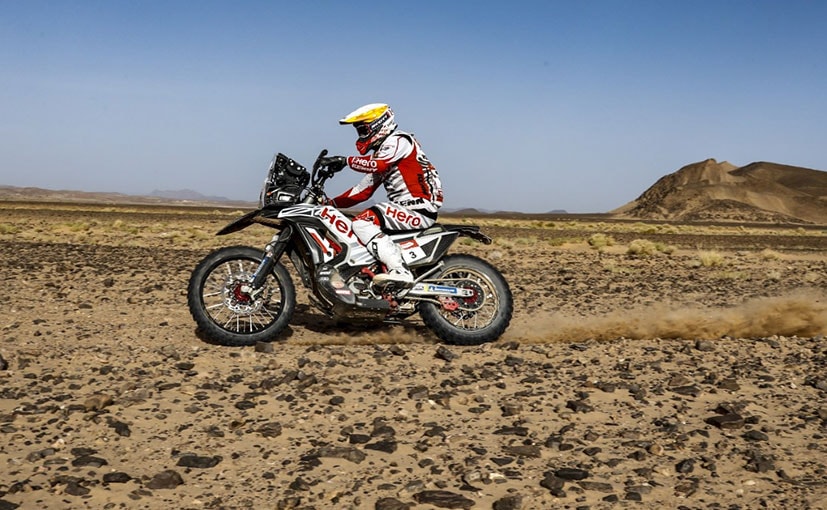 CS Santosh finished Stage 2 in 11th place, and holds on to 10th overall

CS Santosh, Hero MotoSports said, “Yesterday when we were working on the road books, it looked like a long and fast stage. It started that way but was shortened to 145 kms by the organizers. I made a few mistakes in the beginning and after that just concentrated on following the road book right to the end. So overall not a bad day as I got my bike to the finish line and will build it from here over the next couple of stages.”

Stage 2 started across the dunes of Erfoud in Africa, promising a great day for the participants. However, there were some organisational challenges at the refuelling point that forced the organisers to cancel the second half of the stage. Sherco TVS’ Metge brothers had a strong run but saw Michael lose the top spot, while Santolino moved up the leaderboard after a good run through the piste sectio, having started in second place. 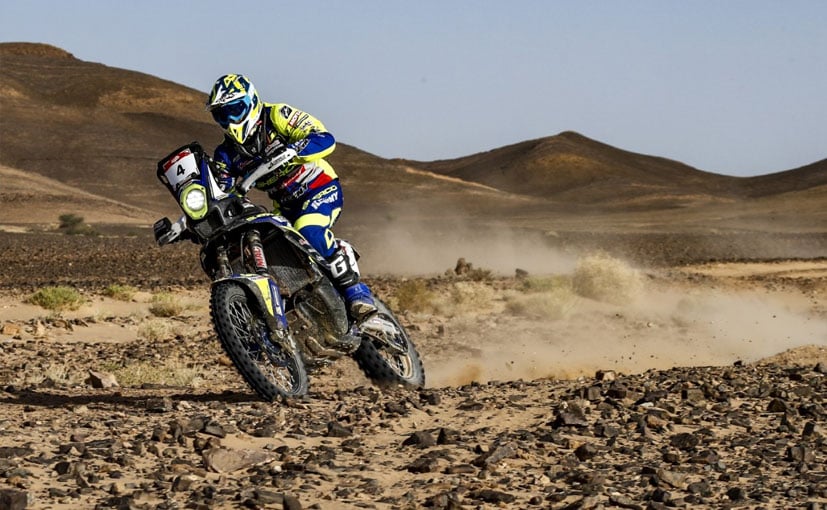 Lorenzo Santolino, Racer, Sherco TVS Rally Factory Team said, “I had a good race yesterday with a lot of learning through the route. I am extremely humbled by all the love and best wishes that I have been receiving from my fans. It is great to see that the entire team is striving and putting in all their efforts strategically, to continue their successful performance in the upcoming stages and live upto the expectations of all the enthusiasts who are rooting for us. While the last stage was halted midway, we are eagerly looking forward to stage 3 which is the longest in this rally.”

The Stage 3 of the 2019 PanAfrica Rally will be the longest yet for the competitors with a distance of 450 km to be covered under the clock. The results of this stage will be a big influence on the final standings of the rally.

2020 Ford Escape Video: An Engine for Everyone
Car Reviews