Most people regard vehicles as an appliance that comes and goes, much like a television set or a dishwasher. That’s why they sell so many Toyota Corollas and Camrys. At most, there might be a memorable moment, like bringing home a newborn or going on a road trip, that an owner will fondly remember a car for.

Readers of Mustang Monthly are not like most people, however. Cars (and specifically the Ford Mustang) are something more than just consumable products. Sure, there may be memories layered on top of our relationships with our car, but the cars themselves are objects of passion and desire. We pour time, money, and ourselves into them, and our car, bone stock or restomodded, becomes a reflection of us. It’s easy to see how we become so attached to them. 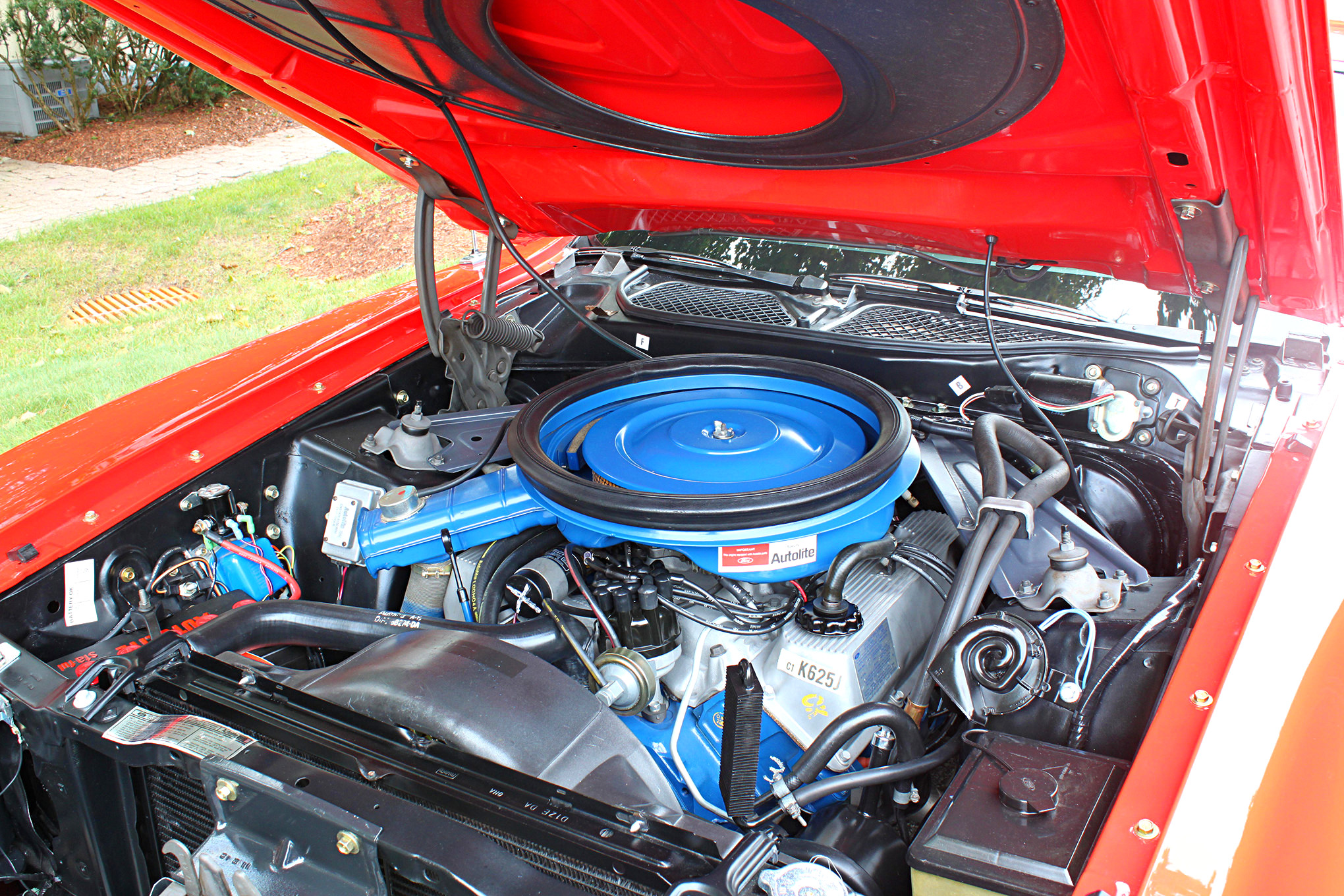 And yet, everything has its time and place. At first a Mustang is used as a daily driver, but as life gets in the way it is often relegated to the garage or sold in order to buy a more appropriate “family car.” But as the years pass, with more disposable income and garage space, these old owners try to recapture the magic by buying another example of their old Pony. Or, if they’re extremely fortunate, they may even get back the exact same car.

Take the story of Delaware, Ohio, resident Steve Vagnier. His first Mustang was a 1970 Boss 302. As Steve was preparing to leave high school in the spring of 1970 with plans to attend Ohio State University on a track scholarship, his mother wanted him to attend a school closer to home, and she enticed him with a brand-new car—the Boss 302. That amazing little carrot made Steve decide to attend Ohio University. Unfortunately, Steve and the Boss 302 were only together for a short time. On a slick road, Steve got the Boss sideways and was broadsided by an Oldsmobile Delta 88, which totaled out his Medium Lime Metallic SportsRoof. On the bright side, the insurance company cut Steve a check for the same price he had paid for the Boss. 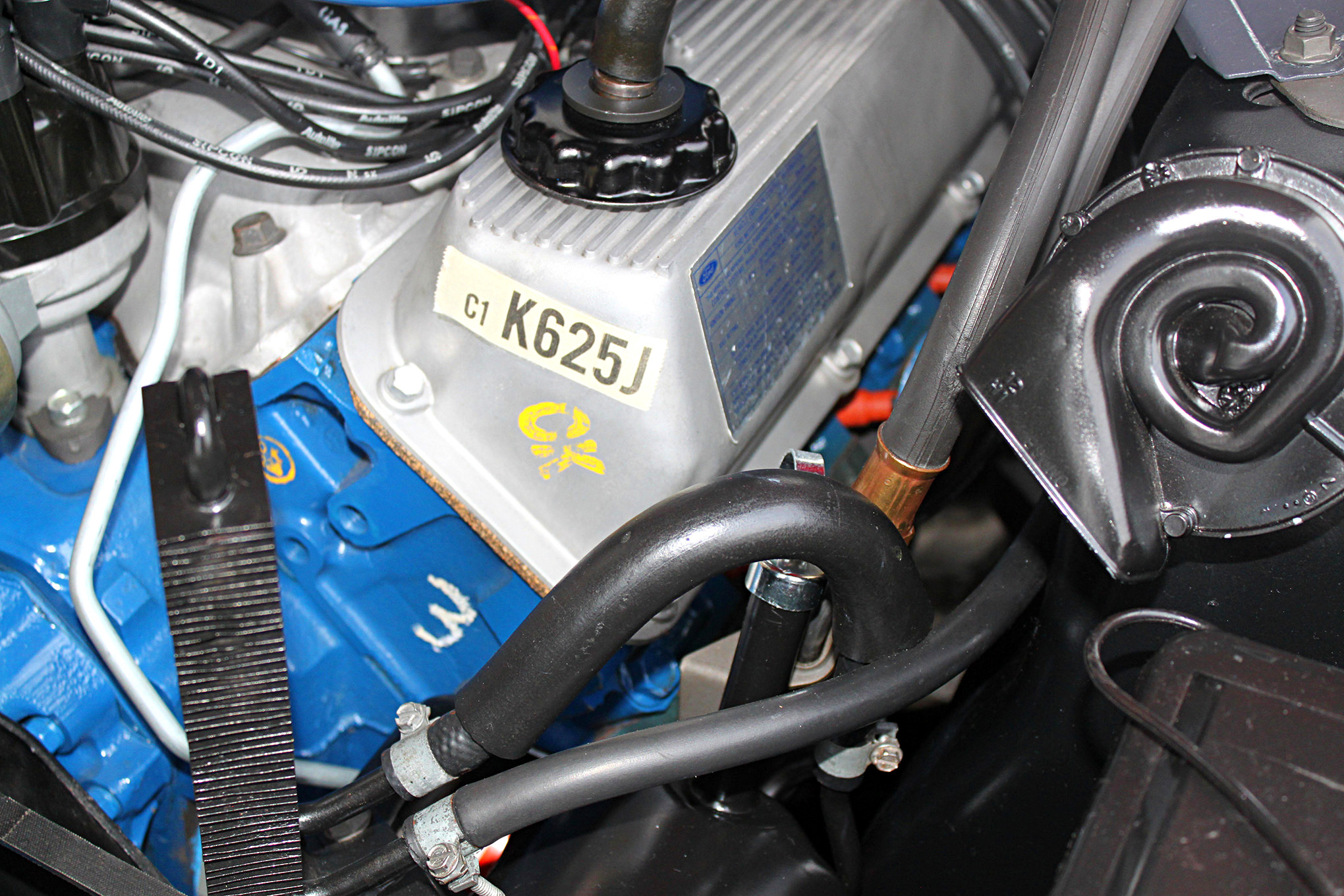 In July of 1971, Steve went back to Jack Helm Ford in Lancaster, Ohio, to see if there were any leftover Boss 302s around. Unfortunately, there were none, and if he waited much longer, he wouldn’t be able to get the new Boss 351 either. The salesman said he did not have one on his lot but knew of a dealer up in Columbus with a Bright Red one. Steve had special-ordered his Boss 302 to his specifications, but he was too late in the model year to do the same on a Boss 351. “I had to take what I could get,” he said.

The Boss 351 came optioned with power steering, sport deck rear seat, rear deck spoiler, a console, the Decor Group, AM radio, and tinted glass, and Steve reported that the new 351-powered Mustang “would run rings around a Boss 302.” 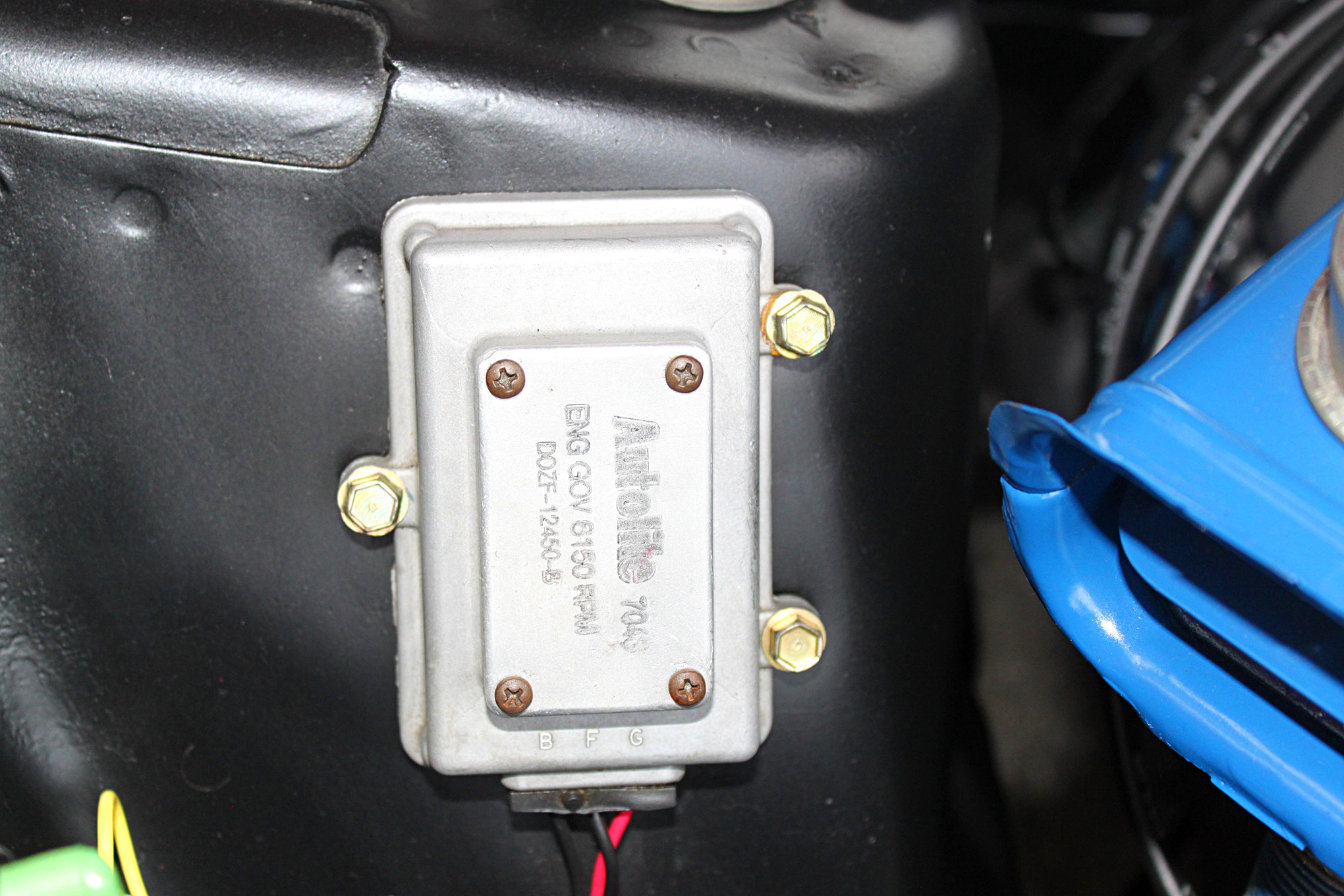 Once again, Steve would only enjoy his new Mustang for a short time, as he joined the service and would be enlisted until late 1972. When he returned, he began to make some modifications on his Boss. He added Cragar wheels, side pipes, and even Shelby sidescoops. He also upgraded the radio and mounted 10-inch woofers in the rear side panels and two Radio Shack 5-inch tweeters in the rear corner trim behind the back seat. All this made his Boss unique from all the others on the street at the time. It also put Steve’s fingerprints on the Boss.

By 1975, he was married, and it was time to get something more family oriented and sell his 15,000-mile street machine. Steve put an ad in Road & Track magazine and got inquiries from as far as Germany on his car. He eventually sold it to Ricky King of Pine Bluff, Arkansas, for $4,300 in May of 1975.

In 1980, Ricky sold it to Gary Newford of Little Rock, Arkansas, with the Boss 351 out of its engine bay for an unknown reason. Gary got the Boss running again, but basically he only used it for drag racing and put very little mileage on it. He replaced the intake manifold, carburetor, and put 4.88 gears in the 9-inch rearend. He removed the Shelby side vents and replaced the taillight panel and right front fender with N.O.S. pieces as he prepared to restore the exterior of the car. He ended up selling the car, before painting it, to Jerry’s Classic Mustangs in March 2002 for $15,000. Gary told Steve he regrets selling the Boss because it was in such nice condition, but at the time he needed the money. 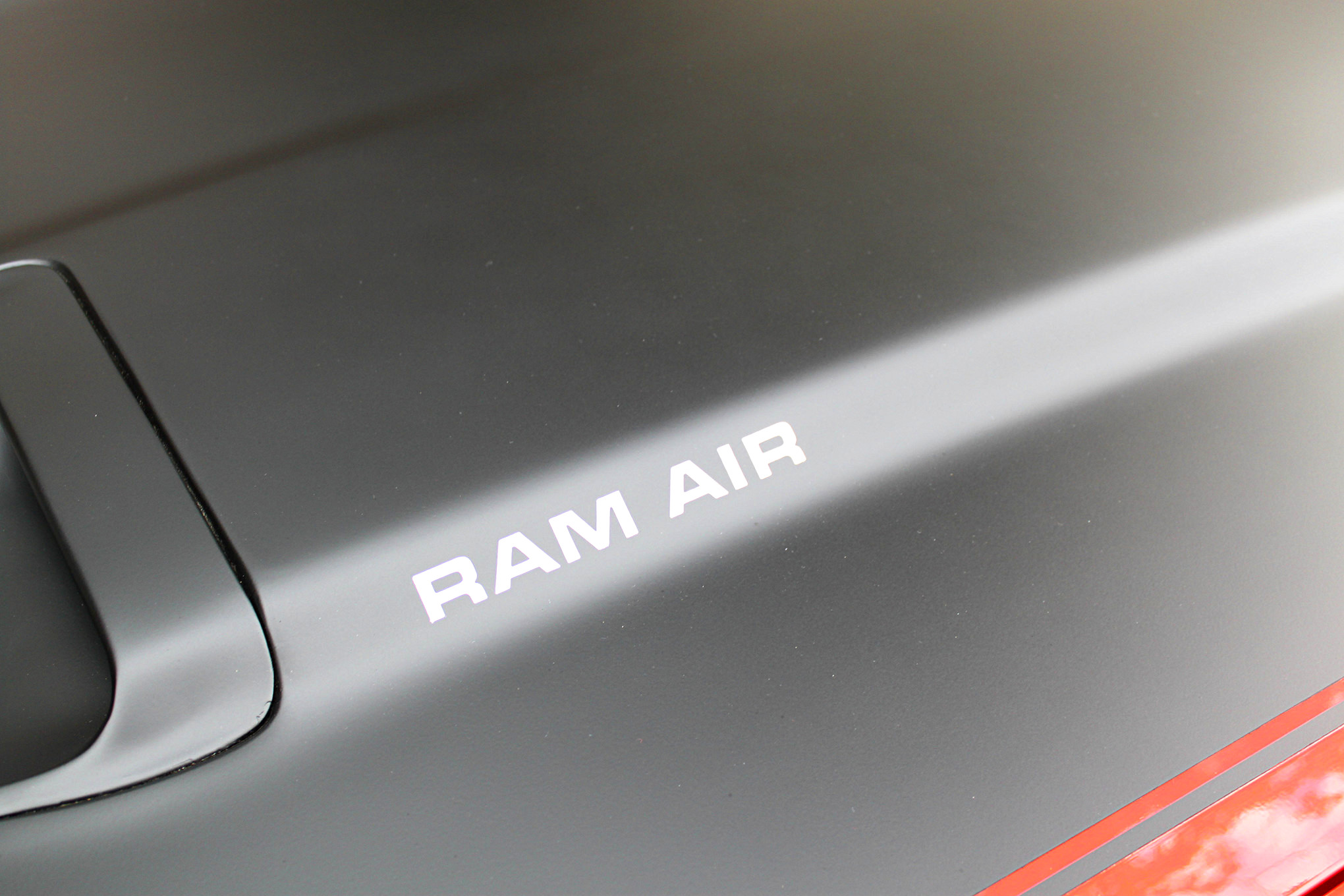 Jerry Maddox of Fyffe, Alabama, specializes in restoring Mustangs and repainted the Boss in the original Bright Red but did no engine work, and the original interior was still nice. The odometer was reading just 32,000, so it really didn’t need very much. But Jerry’s intentions all along were to flip it for a profit, so he took it up to the Kruse Auction in Auburn, Indiana, in September of 2002 to find a buyer.

Steve and his future brother-in-law also went to the Kruse auction that year. And they weren’t looking for anything in particular—just went to check out some cars. But while walking the aisles, a Red Boss 351 caught Steve’s attention. Then he noticed the invoice in the driver-side window showing Jack Helm Ford in Ohio as the selling dealer. Steve knew only a handful of Bosses were sold at that dealership and began to wonder if maybe this was his old car. Then he peered into the interior and saw those two 5-inch Radio Shack tweeters mounted on the rear corner trim behind the back seat. Steve knew immediately at that moment that this red Boss was his old red Boss. 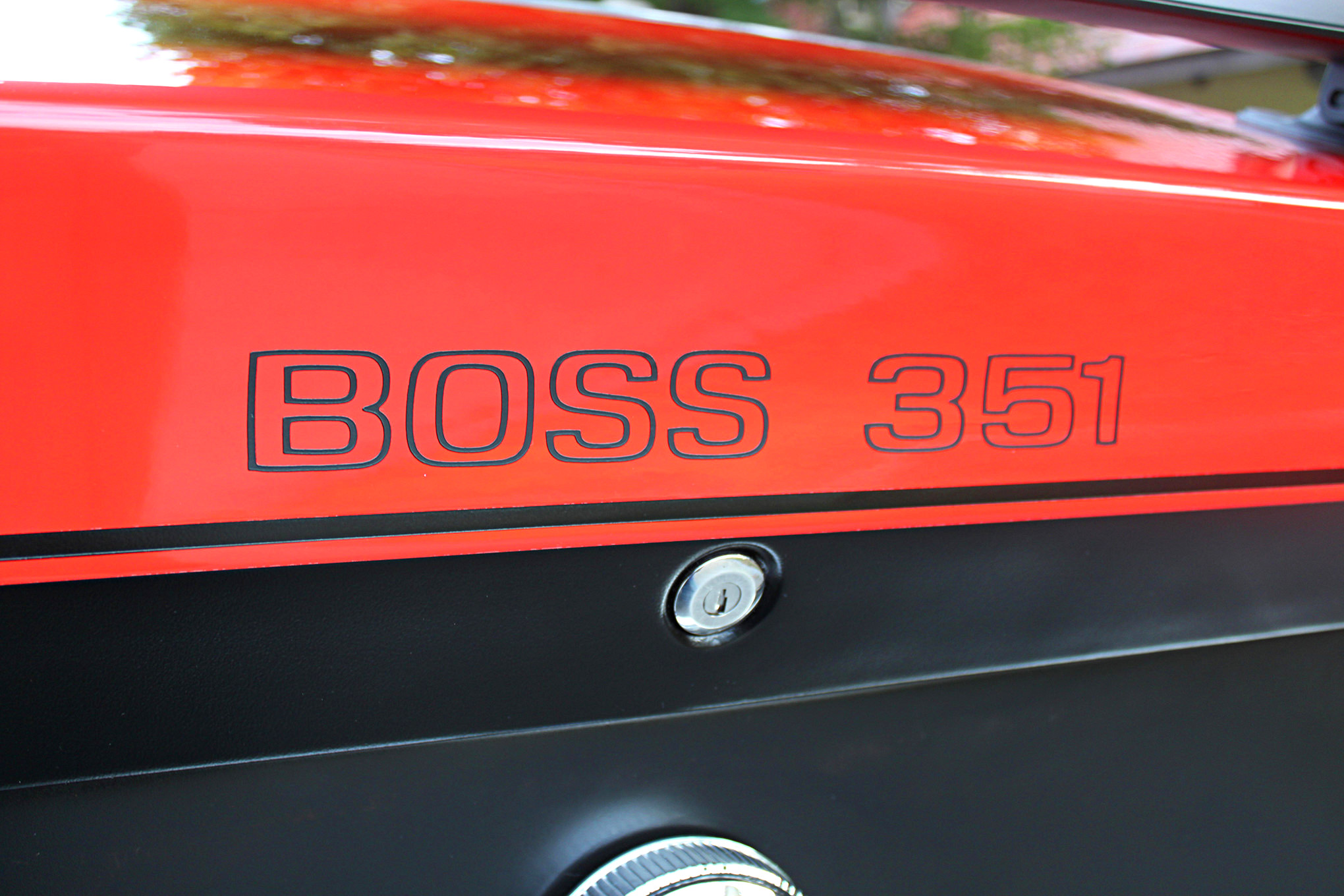 But now what? He was at the auction to just look around and did not have a bidder’s pass. The Boss hadn’t gone up for bidding yet but was set to go across the stage in less than an hour. So, he quickly completed an application form so that he could bid on the Boss, but the process wasn’t completed in time and the Boss was sold after some spirited bidding. It went for $32,500 plus the 6 percent commission.

Steve’s brother-in-law told him to put a note on the car saying he was interested in the car to see what would happen, and after about four hours he received a call from the new owner. That new owner, Claude Mondou, was a car dealer from Quebec, Canada. Being a dealer, Claude had no attachments to the Boss. His intentions were to take the car to Canada and resell it there, so here was Steve’s opening.

Steve made sure not to mention that he was the Boss’ original owner so as not to drive up the price. He just told Claude he liked the car and would like to buy it. After some discussions, Steve was able to get it for a couple thousand dollars over selling price at the auction. Claude didn’t have to do anything to the car other than hand over the title. The transaction was completed on Sunday, September 4, which happened to be Steve’s birthday. 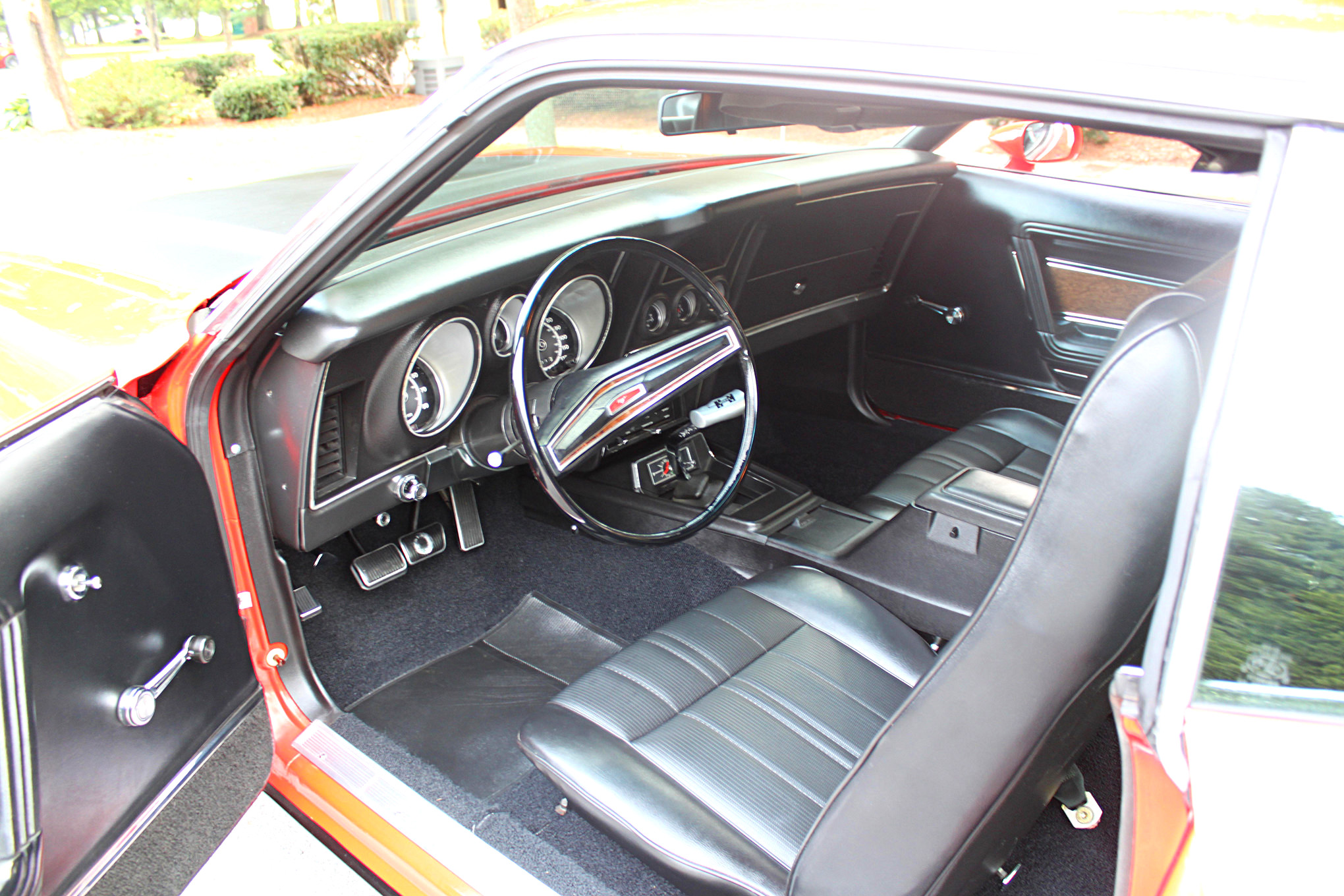 Once home, Steve assessed the car and decided he wanted to enter it in Mustang Club of America shows in the Concours Trailered class. The first thing to address was the incorrect Holley 850-cfm carburetor and intake manifold. With some searching, Steve was able to track down an original Autolite 4300D 715-cfm spreadbore carburetor and correct intake manifold.

The interior was in nice, original condition and only needed new carpeting and the rear interior pieces that had those 5-inch tweeters. “It was amazing seeing my old work when pulling up the original carpet and seeing all those wires that I had run for the stereo system all those years ago.” Steve says. He still has those rear interior pieces and speakers at home for nostalgia.

In August 2006, he entered the Boss in its first Mustang Club of America show, held in Lake Erie, Pennsylvania, and hosted by the Lake Erie Mustang Owners Club, where the Boss ended up with a Silver award. A respectable showing for its first time out, but Steve was looking for Gold. Going over the judging sheet, it appeared that the engine compartment and undercarriage needed some additional work. 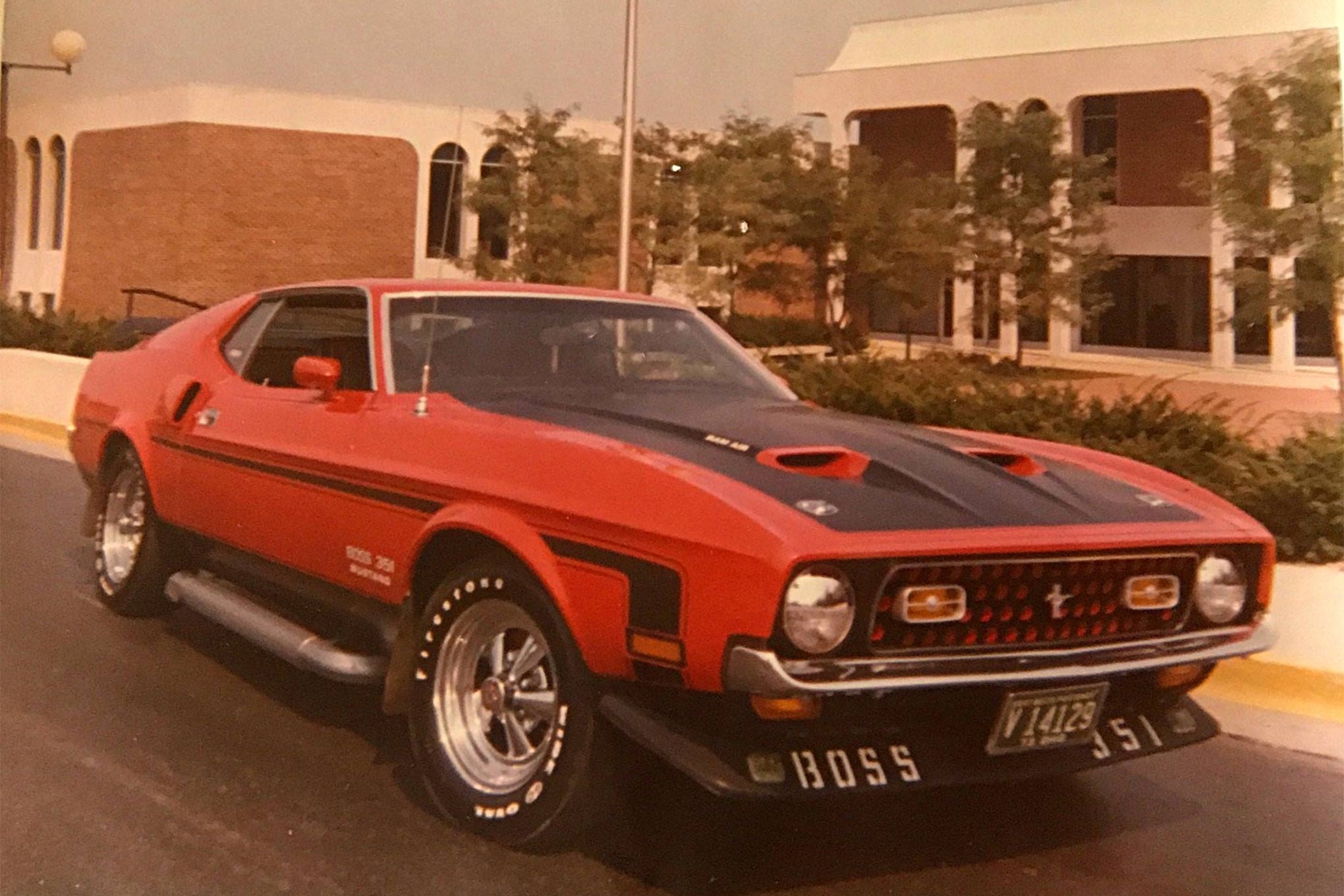 Steve then went looking for a restorer to correct these deficiencies and went straight to the top and contacted MCA Authenticity head judge Bob Perkins. Unfortunately, Bob was too busy to take on the job, but he referred Steve to Don Goebel. Don’s shop, Goebel’s Performance Corner in Evansville, Indiana, is also known for performing top-notch restorations, including some that have competed in the MCA Thoroughbred class. Goebel had the Boss for a year and half, and much of that time was spent searching for N.O.S. or original parts to replace missing or incorrect parts. Bob even came to the rescue with a N.O.S. fuel pump and exhaust system. “I jumped on the chance to purchase the exhaust,” Steve says. “It was not cheap, but I wanted that original sound.”

Goebel detailed the engine, engine compartment, and undercarriage, taking special pains to detail with the correct chalk marks and paint daubs. Goebel told Steve he enjoyed working on the Boss since it was such a nice car and also because he doesn’t get many opportunities to work on the bigger ’71-’73 Mustangs. 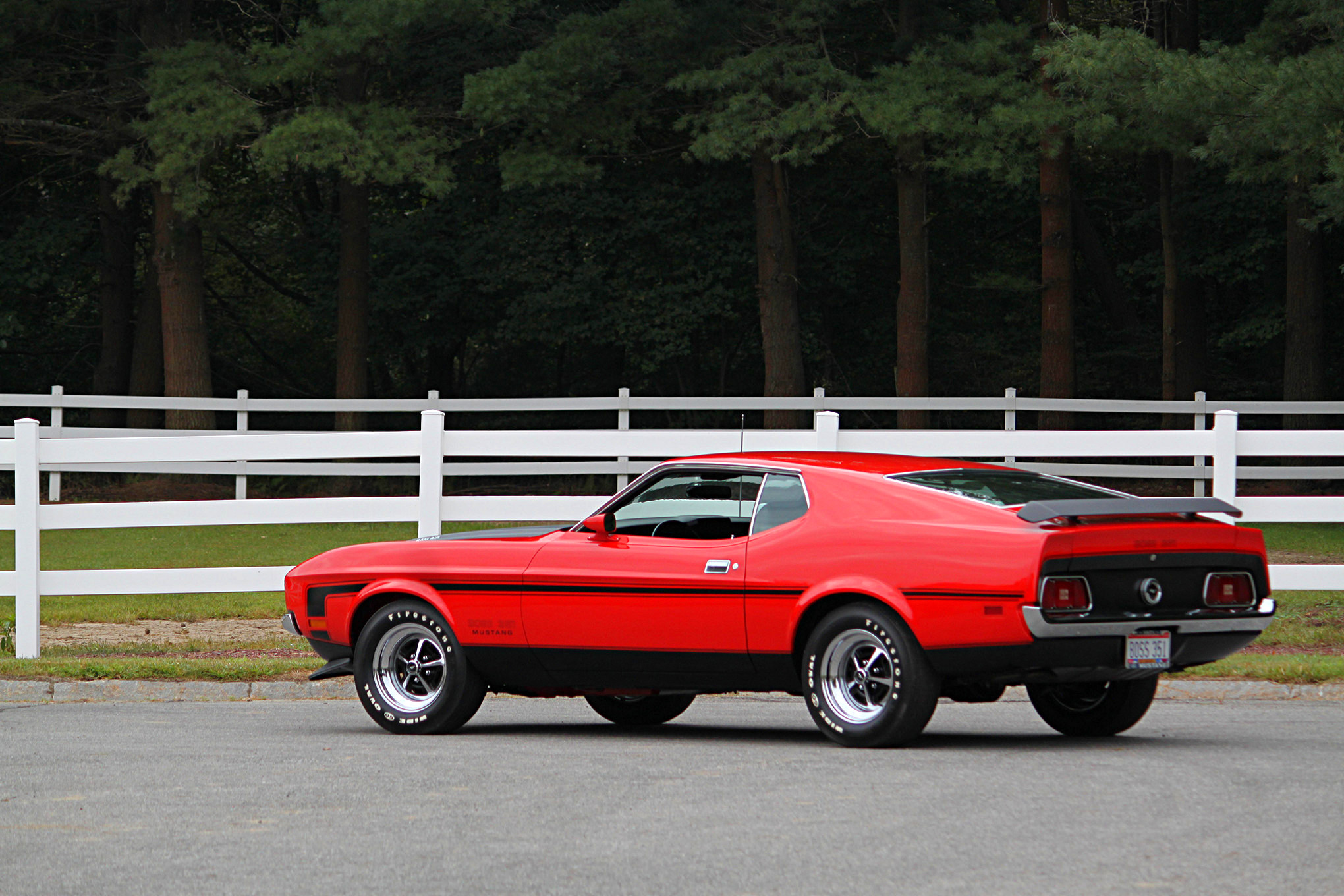 Since the freshen-up by Goebel’s, the Boss is a consistent Gold winner, with its last award coming at the 2018 Granite State Mustang Grand National in Merrimack, New Hampshire. Now Steve is only two points away from being awarded his blue grille medallion.

After missing it for 27 years, Steve’s Boss 351 is back in his garage, and he’s not going to make the mistake of letting it go a second time. It’s for keeps.