I’ve always been a fan of the Lexus RC from a distance, for mostly shallow reasons. I think the way it looks inside and out is striking, with a slinkiness to the exterior and a snug interior that envelops the driver without feeling claustrophobic. It’s one of my favorite cars to look at and sit in, but when it came to driving, it left much to be desired.

Once behind the wheel, the adjectives I’d use to describe the RC flip from “slick” and “striking” to “lackadaisical” and “vague,” mostly due to a lack of immediacy from both drivetrain and the steering. However, for 2019, the RC is getting its first set of updates since its 2015 debut, and many of them are aimed directly at solving those problems.

We previously covered the changes for the 2019 RC, which made its debut at the 2018 Paris auto show. They include exterior and interior cosmetic updates, a technology update that adds Apple CarPlay and Amazon Alexa connectivity, and — most important — better handling, according to Lexus. The F Sport model, which I tested, also gets some added aggression to its styling with new 19-inch wheels and a striking front grille. (The car’s grille continues to be the make-or-break characteristic in the eyes of many shoppers.)

To be a relatively expensive coupe largely devoid of utility (it’s not what I would call a “usable” backseat), it must deliver when rampaging over pavement — otherwise, what’s the point? My test vehicle, a rear-wheel-drive 2019 RC 300 F Sport, ran $53,415 (including destination), and at that price, you can get some very good driver’s cars — our Best of 2019 winner, the Genesis G70, included.

Lexus says the updated RC carries with it grippier tires and stiffer suspension bushings, the goal of which is to make the car feel sharper and improve feedback. Those changes seem to work for the most part. Though the RC’s steering is still a touch dull for my tastes, the front end never feels lost, and if you give the wheel a quick tug, the nose dutifully rounds into place. I drove the RC on a pretty twisty road with plenty of elevation changes, and there were a couple of spots on tighter turns (especially pointed downhill) where the nose pushed slightly. But for the most part, the suspension and steering didn’t let me down, and the RC gets credit for these improvements.

However, it’s what Lexus didn’t touch that puts a wet blanket on the experience: the powertrain. The RC 300 is powered by a 241-horsepower, turbocharged 2.0-liter four-cylinder that makes 258 pounds-feet of torque and comes mated to an eight-speed automatic transmission. My car was RWD, but AWD versions of the RC 300 get a different engine entirely — a 3.5-liter V-6 and a six-speed automatic. I’m starting to think that maybe the AWD car might have been a better option.

There are cars in which it feels like the transmission is letting the engine down, or vice versa. If one of those pieces falls out of sync, it can make the car feel lethargic or slow to react to inputs. In the case of the RC, it’s both; drive it even in its most aggressive setting, and the powertrain responds only after a few beats. Resort to the paddle shifters, and even if you keep the engine high in the rev range, it never feels crisp. Even shifts executed with the paddles feel slow — it’s like the entire powertrain is slogging through a swamp.

Contrast this with the latest turbocharged 2.0-liter powertrains from BMW or even the ones in the latest round of Hyundais (the Veloster, namely), and the experience is totally different. Even if those engines do feel a bit peaky at times, when you get them into the powerband, they rip. That experience is missing in the RC 300.

Though the 2019 RC 300 is notably improved, especially for those with iPhones, its fundamental problems persist: There are too many good options in this price range that offer more utility and are more fun to drive. Beyond the G70 mentioned earlier, there’s also the Alfa Romeo Giulia, BMW 3 and 4 Series, Audi A5 and Jaguar XE that immediately come to mind. And if you take a look to parent company Toyota, it will sell you a Supra that starts at $50,920 — even lower than the RC I tested.

I wanted to like the RC, and still enjoyed the way it felt with its great seats and that attractive Lexus circle tachometer in front of me. But cars are meant to move, not sit, and if you’re going to be an expensive 2+2 with scant cargo room and an unusable backseat, you’d better be competent on the road instead of just looking like it. 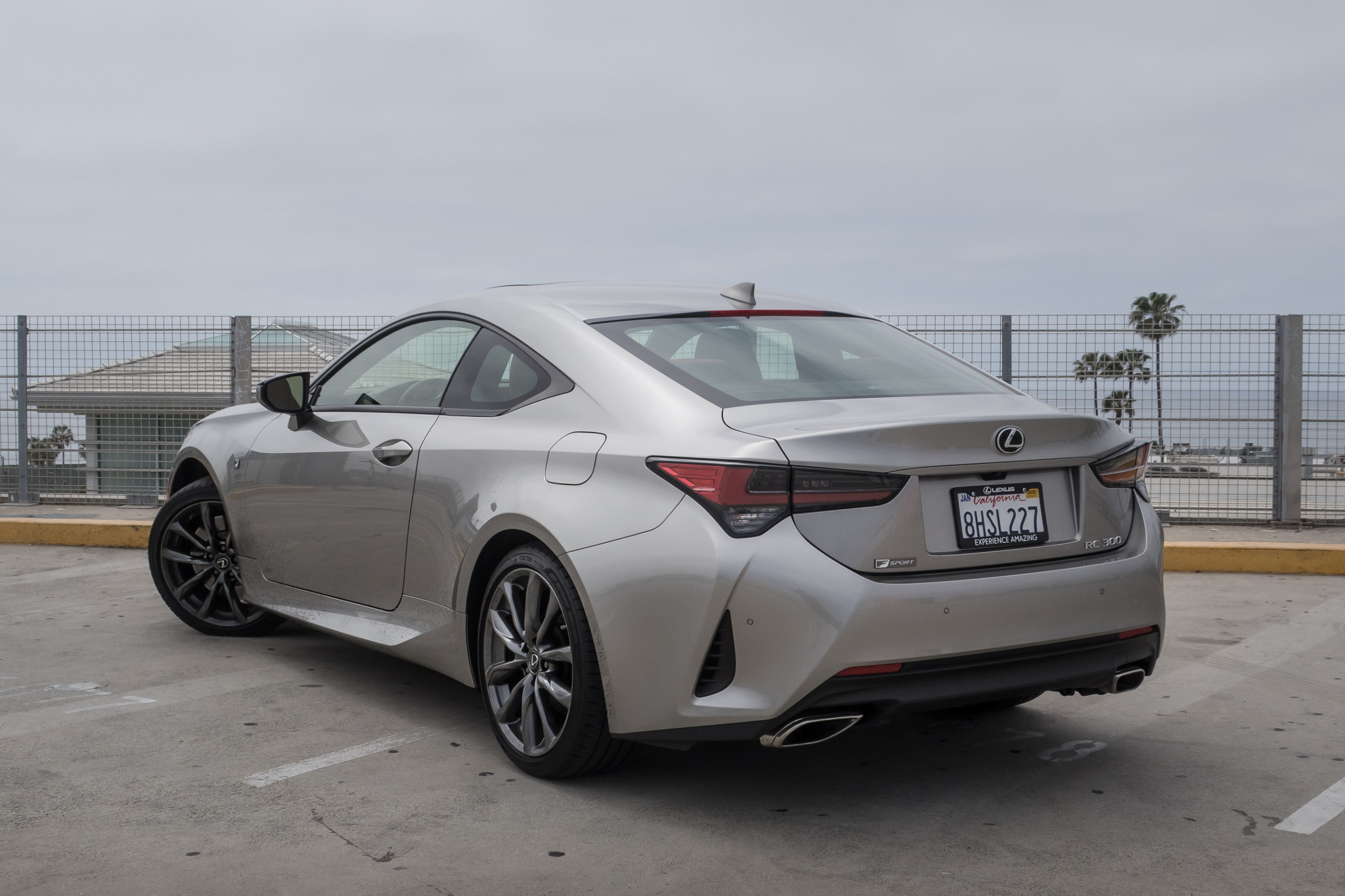