The Muscle Car and Corvette Nationals (MCACN) celebrated its 11th anniversary on the weekend of November 23-24, 2019, at the Donald E. Stephens Convention Center in Rosemont, Illinois. As an invitational show that changes every year, the prospect of something new, rare, and desirable in the Chevrolet world on display isn’t a maybe—it’s guaranteed.

With the turnover of cars each year, the organizers take advantage of the different anniversaries that encompass the sweet spot of the golden muscle car era with specific themes. This edition celebrated the “Class of 1969” with a great display of cars, with emphasis on the cream of the 1969 Camaro crop. 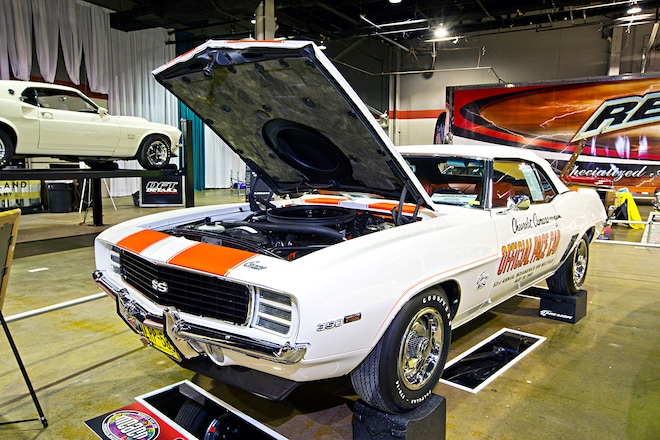 Another theme that has gained a lot of traction in the last few years and has become a crowd favorite is the “Real Day 2” display. Most of these cars wear period-correct accessories and modifications, along with era-correct drivetrain and wheel and tire combinations that resonate well with the attendees. 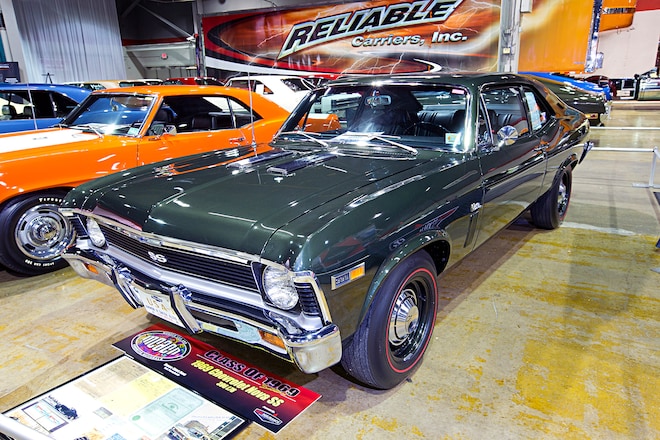 This year, Chevy iron dominated with COPO Camaros, and a healthy mix of Yenko- and Baldwin-Motion–prepped cars. Worth noting was the well-worn 1973 Yenko Camaro prototype on display that was recently purchased from the original owner, along with a fully restored race-prepped 1969 Trans-Am Camaro that was on display in 2018 in the Barn Finds & Hidden Gems section. In that section over the years, a number of rare Chevys have been displayed. This year, Mopars dominated, however, a former Super Stock 1969 COPO Camaro was on hand, along with a V-8 Chevy Monza.

If full-on race cars are your thing, the Midwest Nostalgia Pro Stock Association had a pair of Pro Stock Camaros on display. If gassers are more to your liking, those as well could be found at the show.

While those were some of the themed highlights, a good mix of Chevrolets throughout the show gave showgoers something to look at. As the show heads toward 2020, the “Class of 1970” will be prominently featured, and that will be something we are really looking forward to.