The 1 Series enters a new era with a front-wheel-drive platform, but the range topper is AWD-only.

Automakers have the tendency to use the term “all-new” whenever a car receives its official debut, and while in most cases it’s not entirely true, this is an exception. Developed from the ground up, the third-generation BMW 1 Series represents a vast departure compared to its predecessor as a result of switching from the once traditional rear-wheel-drive layout to a FWD setup. It’s far from being the first model from BMW to send the engine’s power to the front wheels, with other relevant examples being the 2 Series minivans, the 1 Series Sedan available in some markets, and the latest X1.

Not only is the platform vastly different, but the car’s design has gone through quite a few changes inside and out. As with other recent models from BMW, the new 1 Series carries an enlarged front grille with the two kidneys now meeting in the middle instead of being separated like they were on the previous generations. 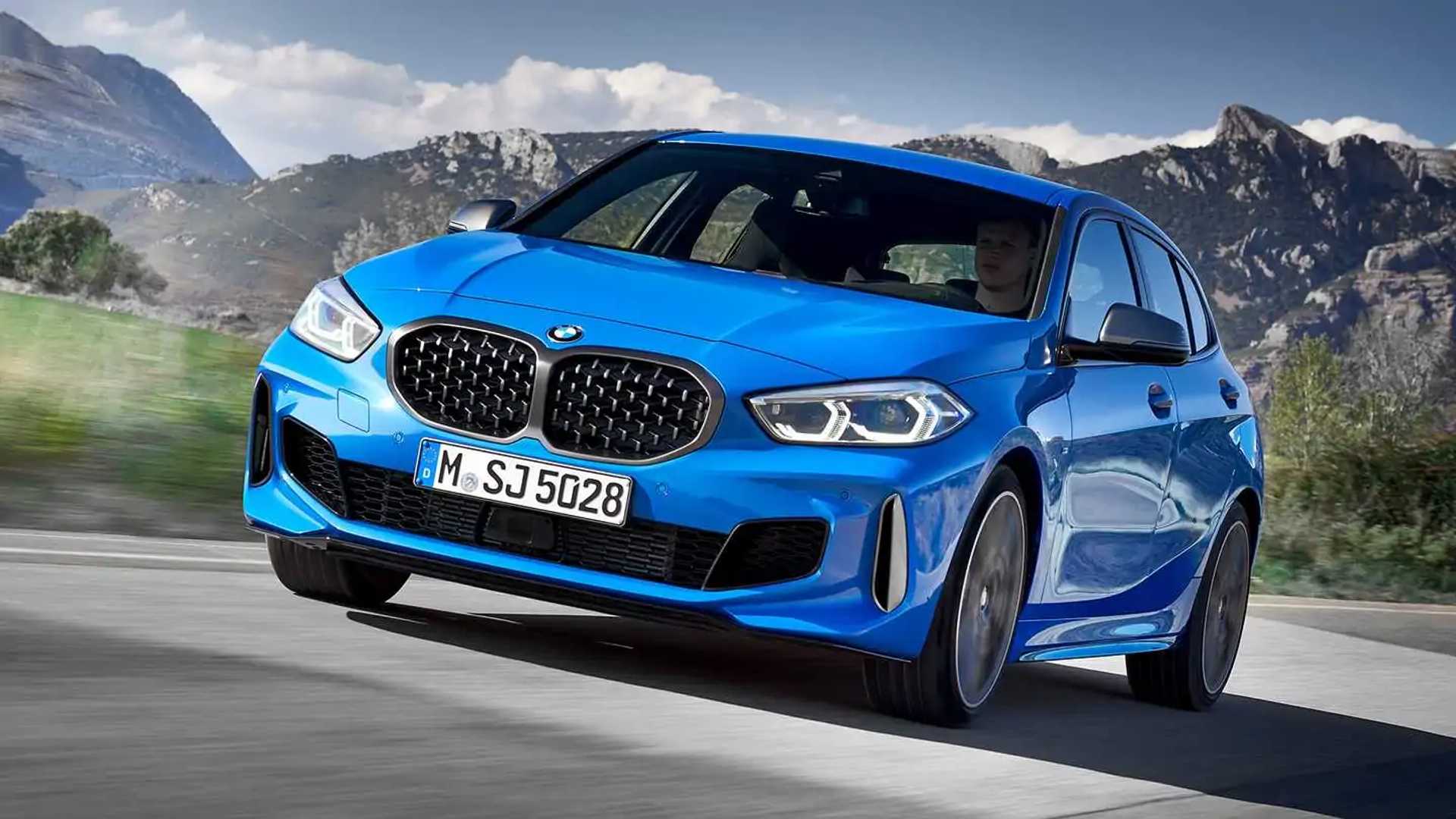 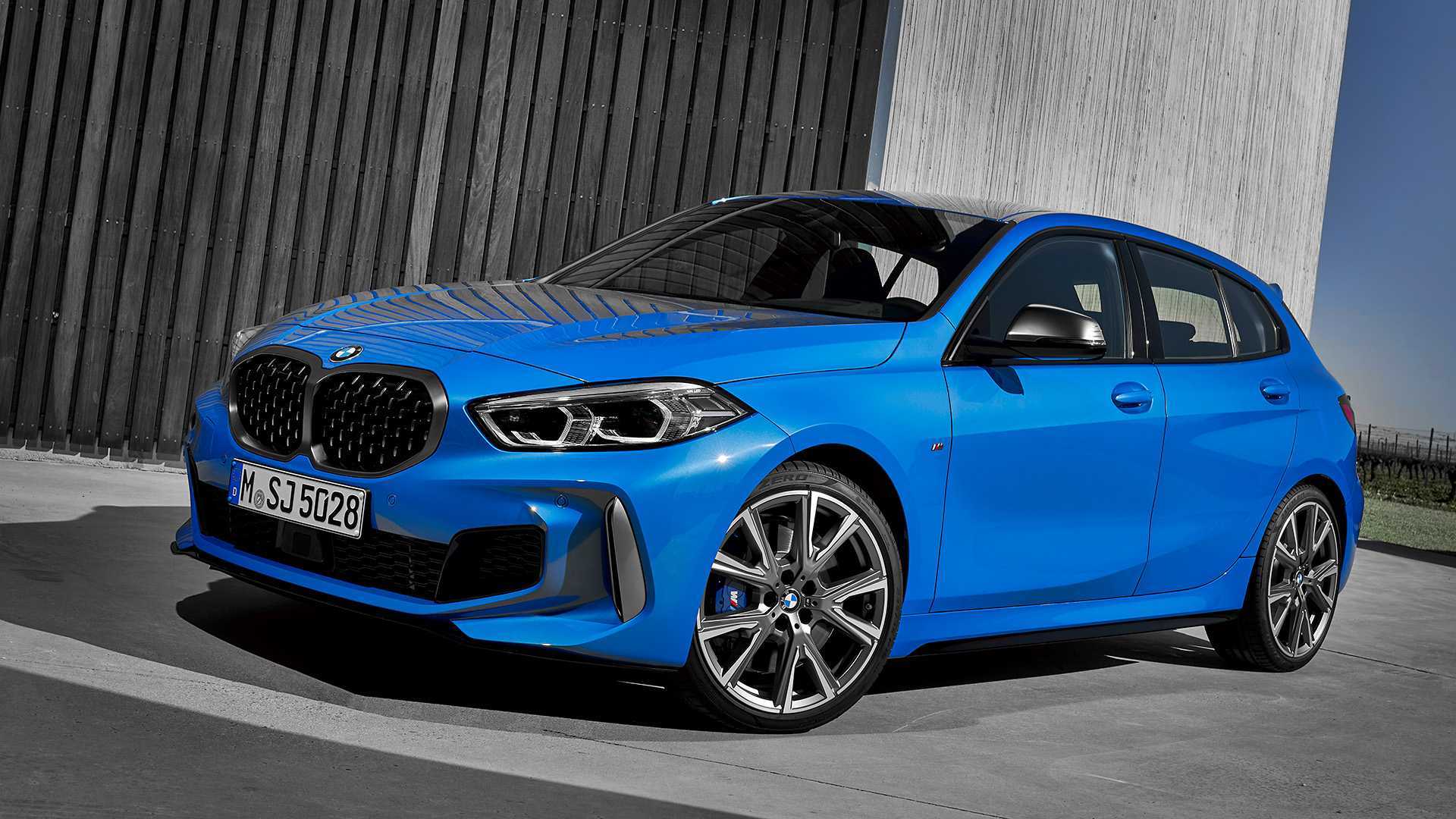 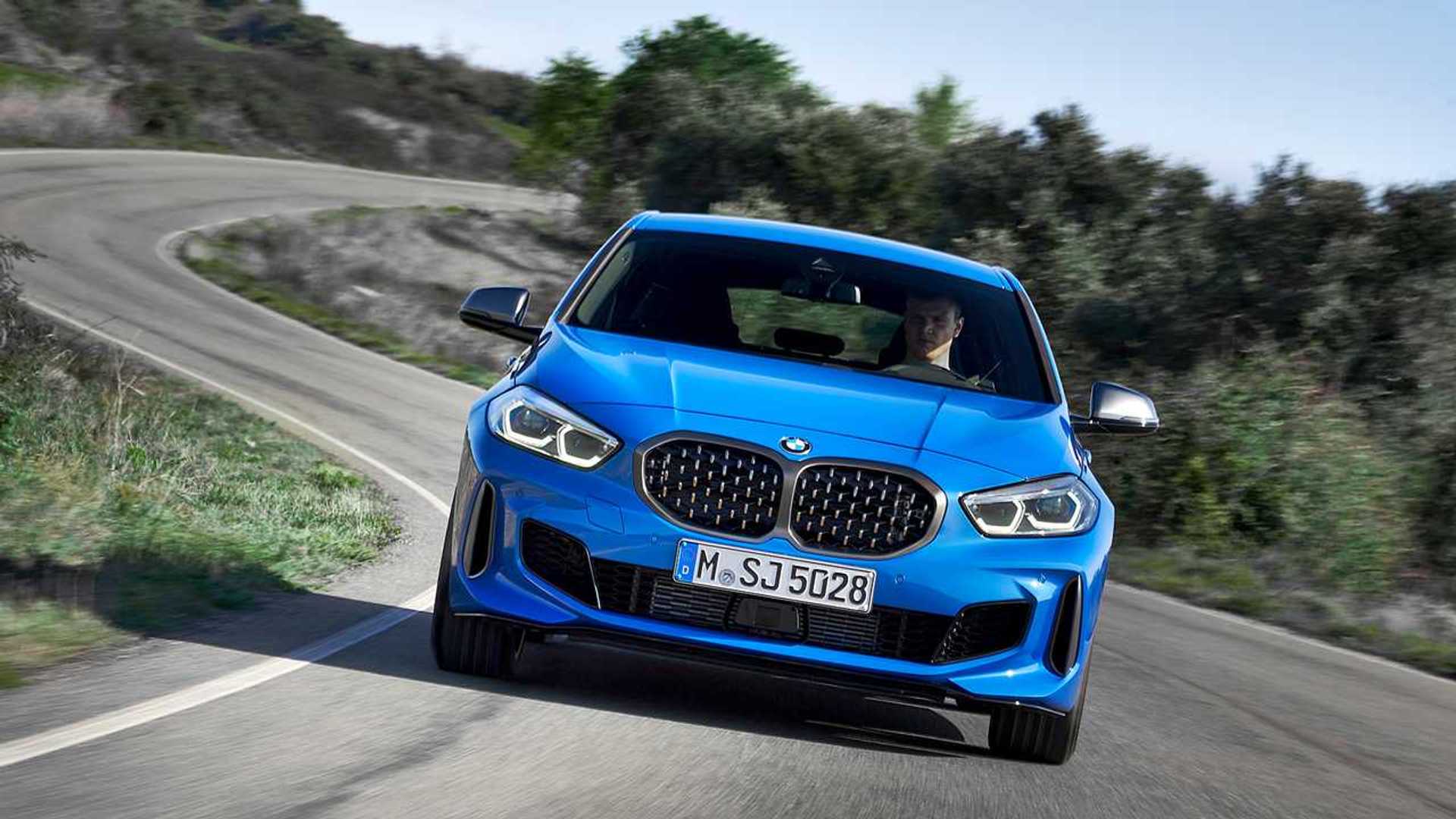 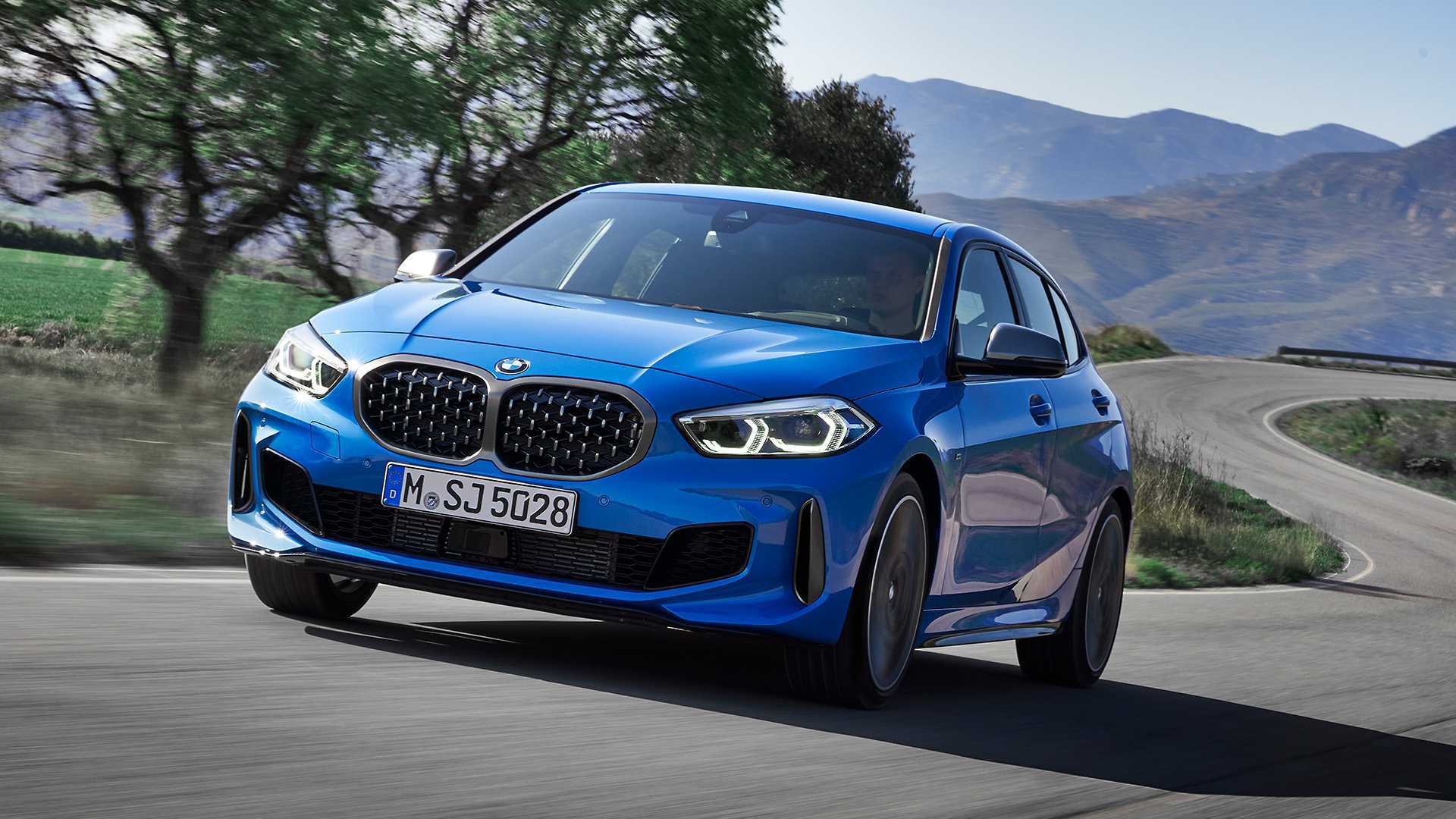 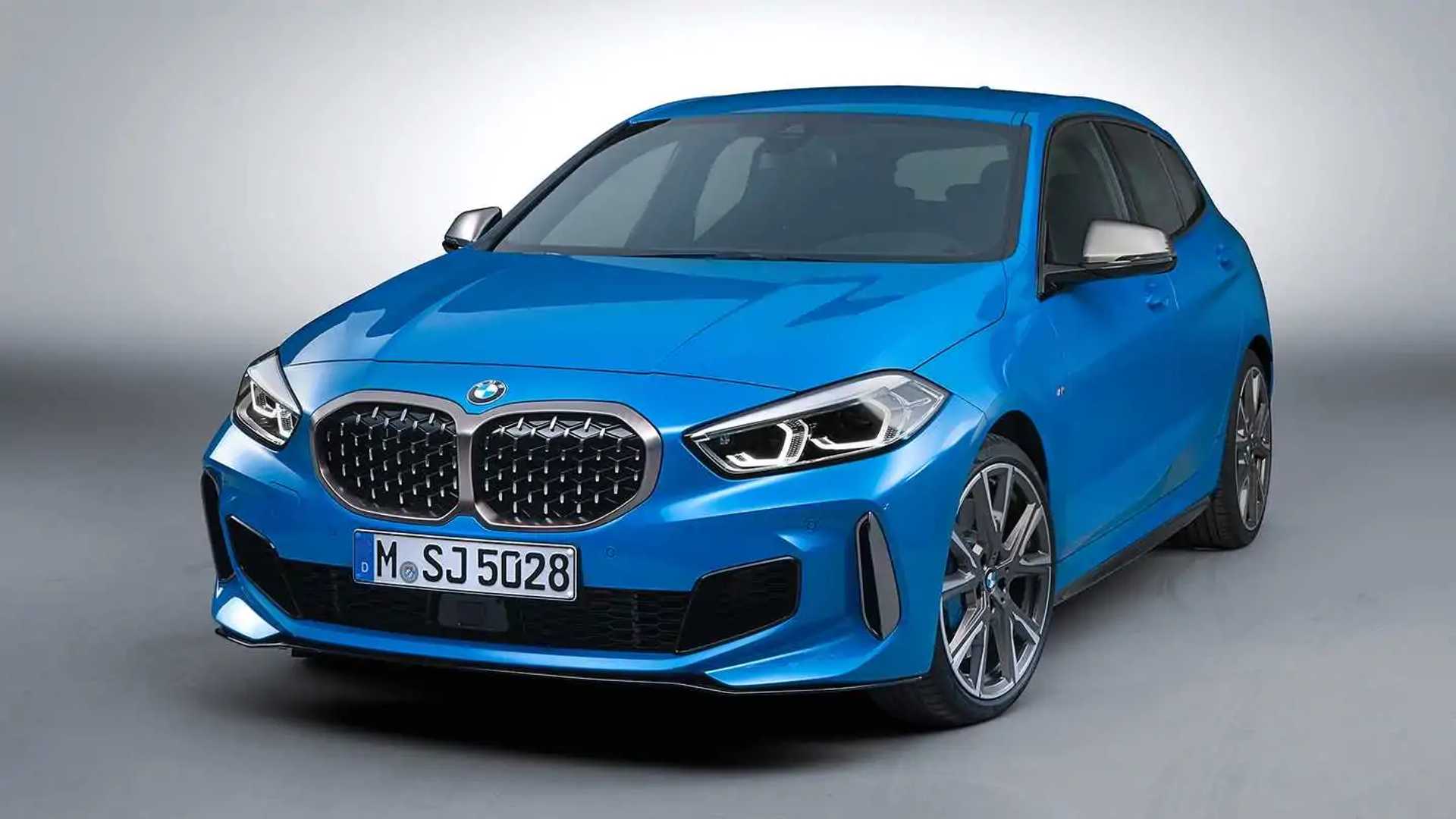 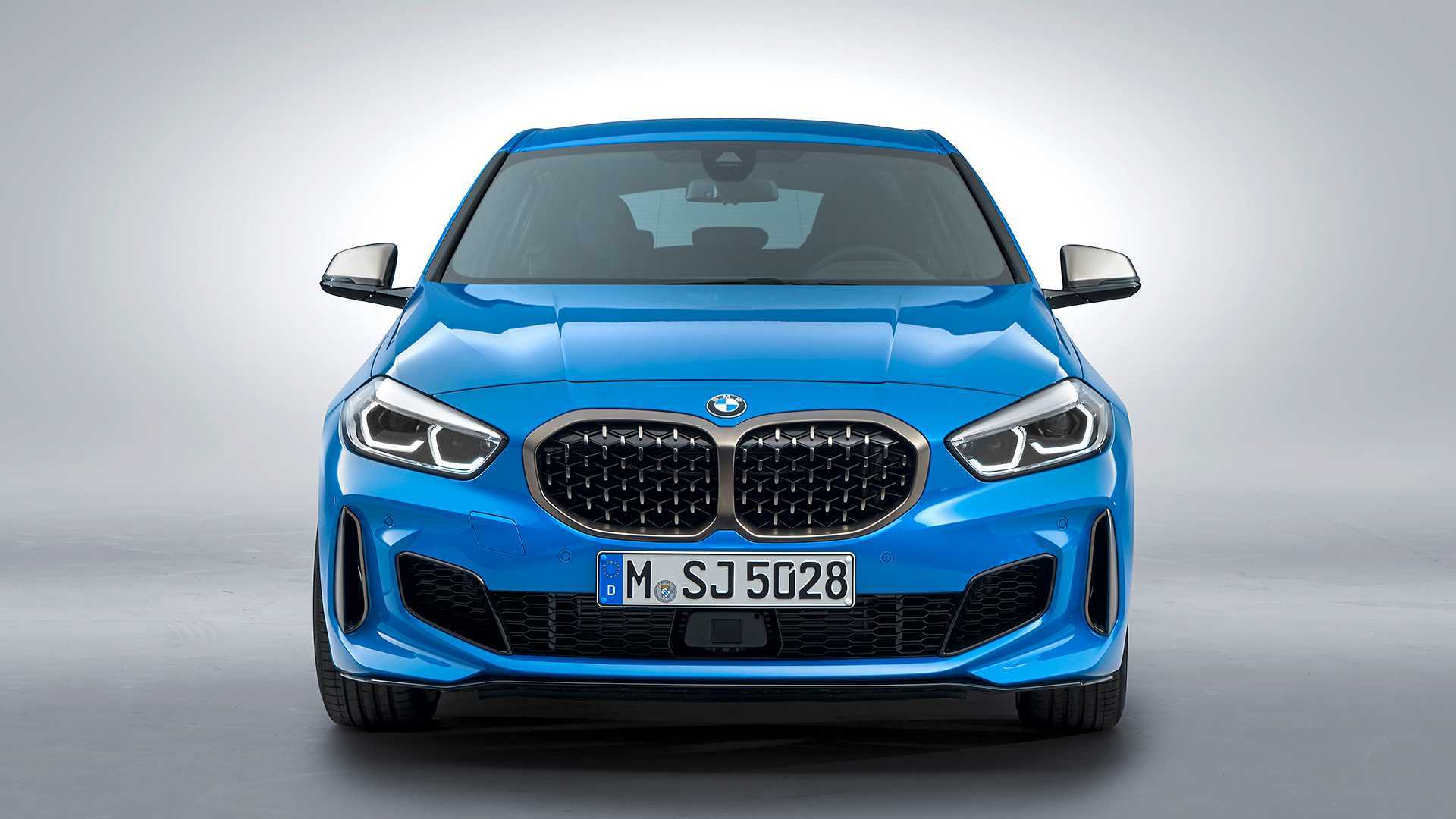 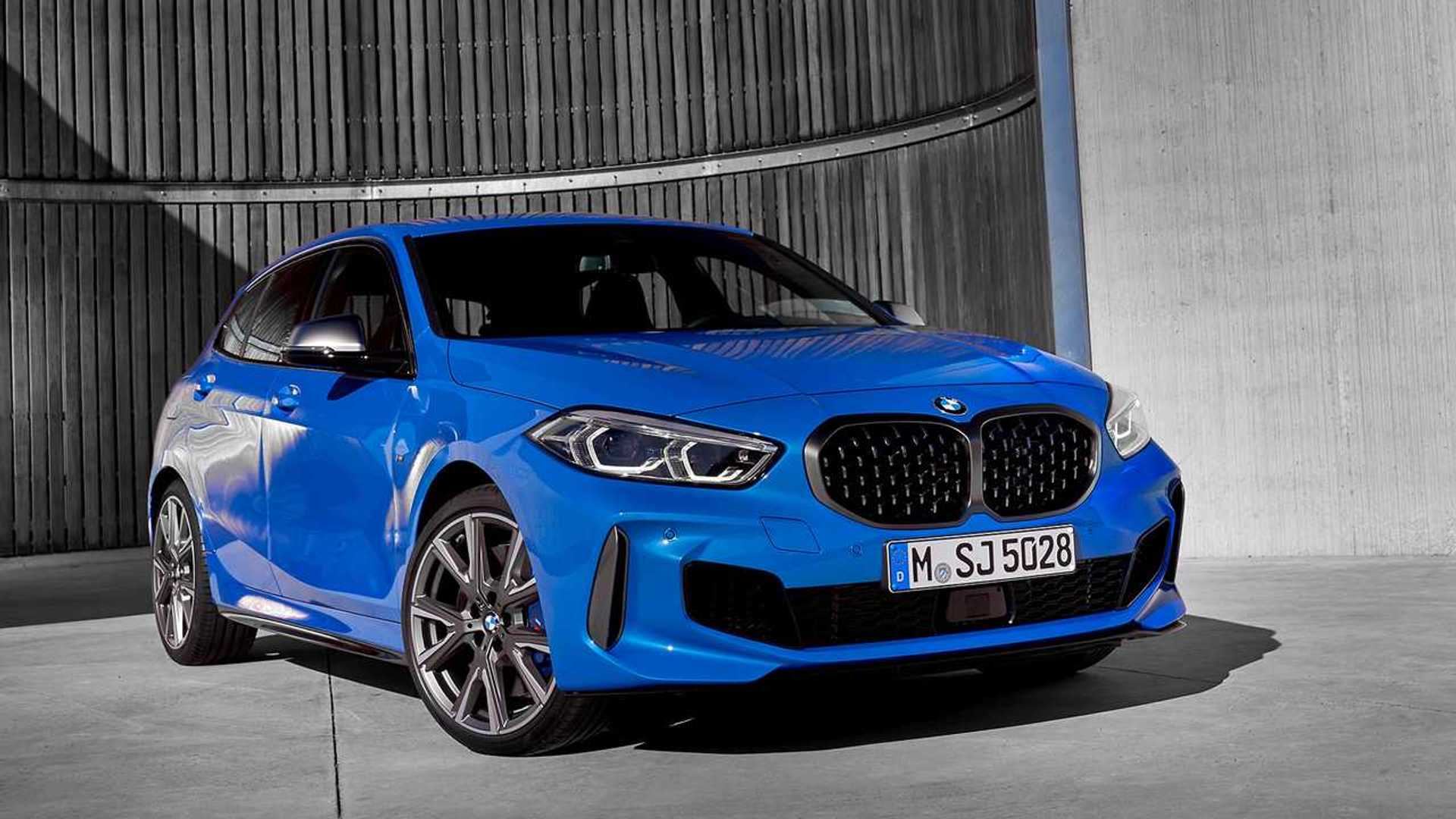 The reshaped headlights are sleeker than before and lend the compact hatchback a fresh look bringing the 1 Series in line with recent BMW products. At an additional cost, these can be ordered in an adaptive full-LED configuration on the high-end variants of the range. Depending on trim, there are several designs of the front bumper, with the sportiest being reserved for the range-topping M135i xDrive that’s also visually distinguishable thanks to its different grille pattern akin to the M340i and Z4.

The side profile reveals a lightly updated Hofmeister kink and an upper character line now positioned below the door handles. The flat beltline of the previous 1 Series now gradually move upwards as you get from the front to the rear doors to enable a more dynamic silhouette. The greenhouse is surrounded by a relatively thick chrome frame more evident at the C-pillars in the Hofmeister kink area. Various alloy wheels will be available, ranging in size from 16 to 19 inches – a first for the model. Also making its debut on the 1 Series is an optional large panoramic glass roof allowing more light inside the cabin to give it an airy feel. 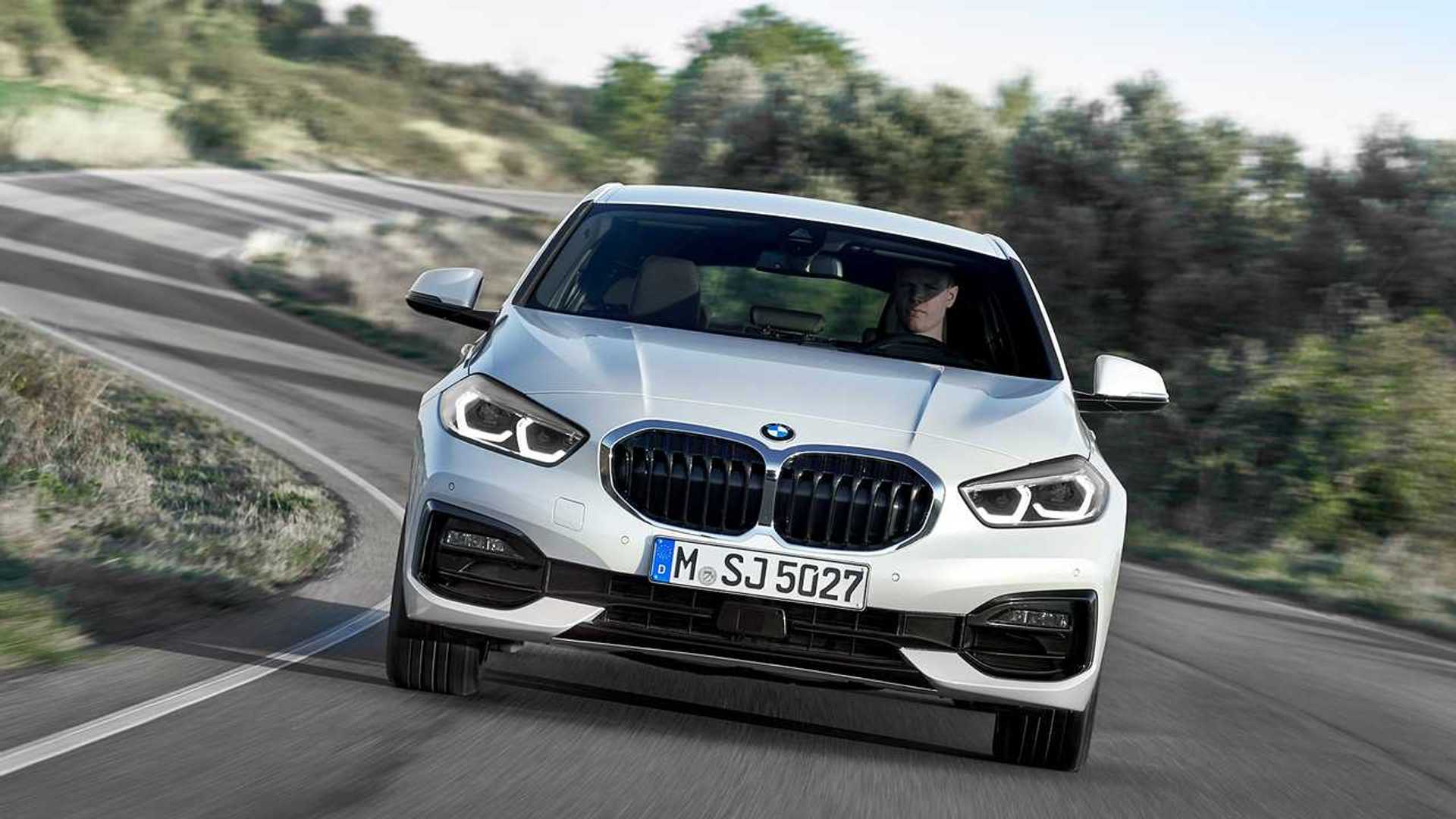 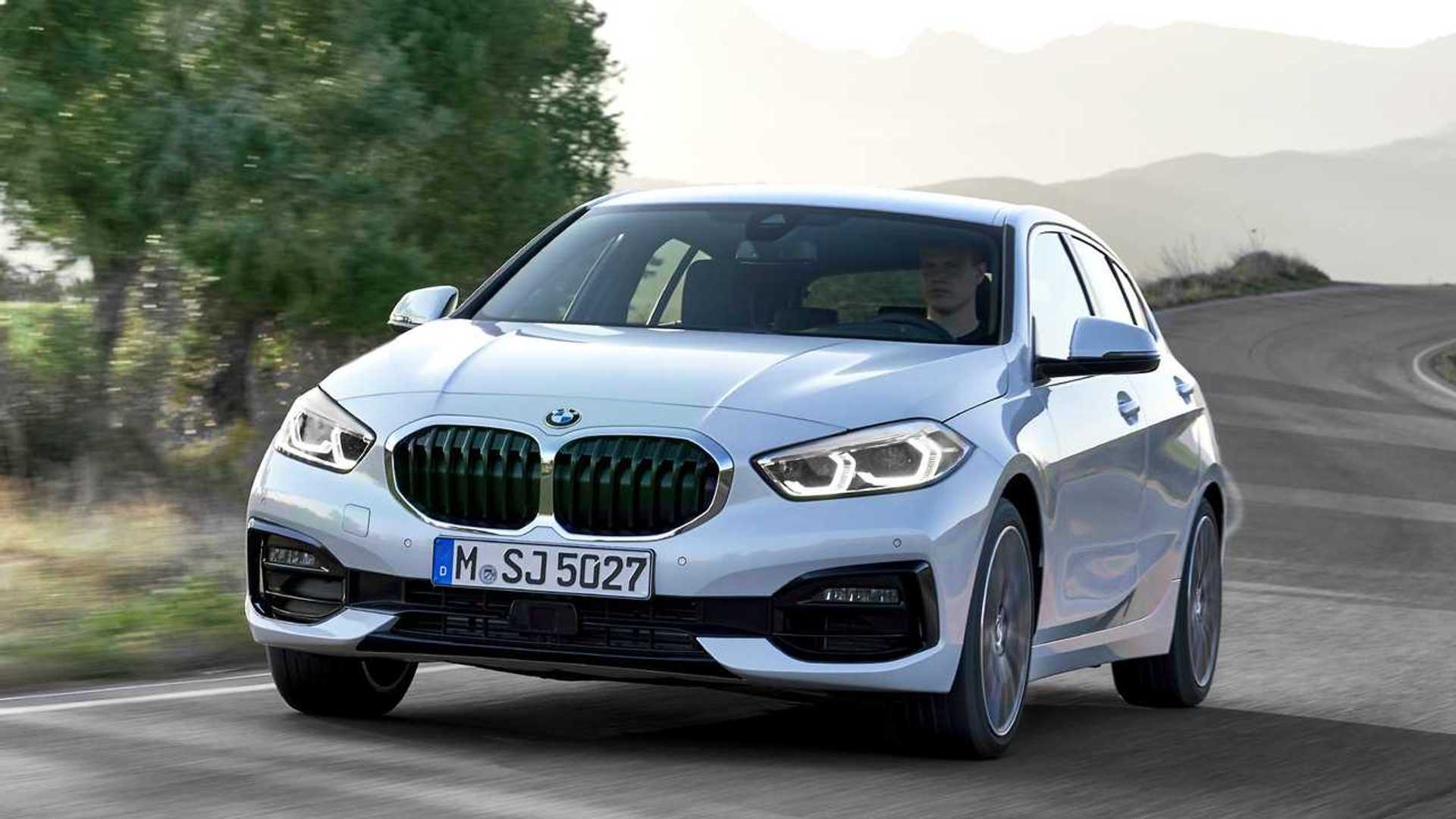 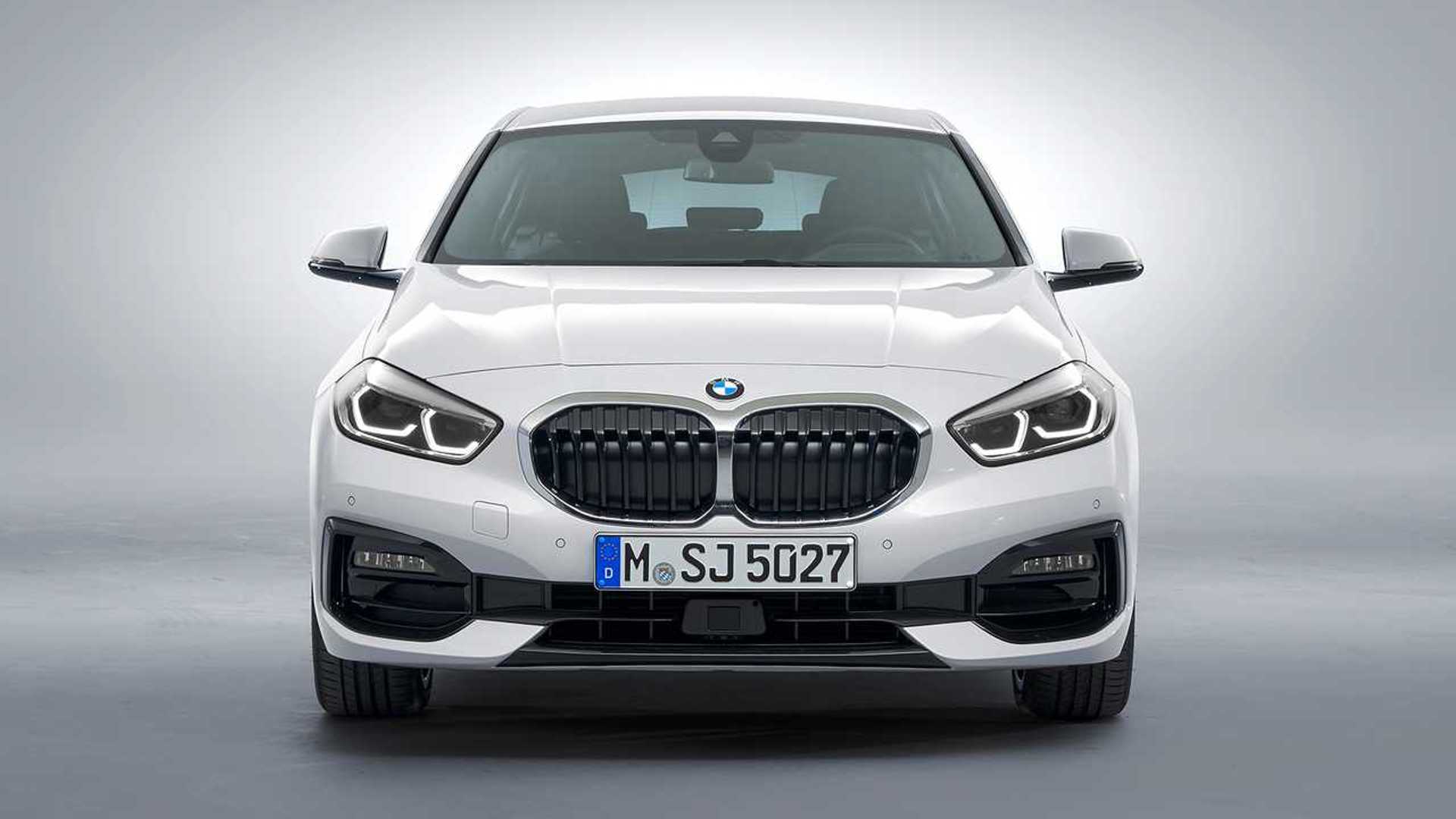 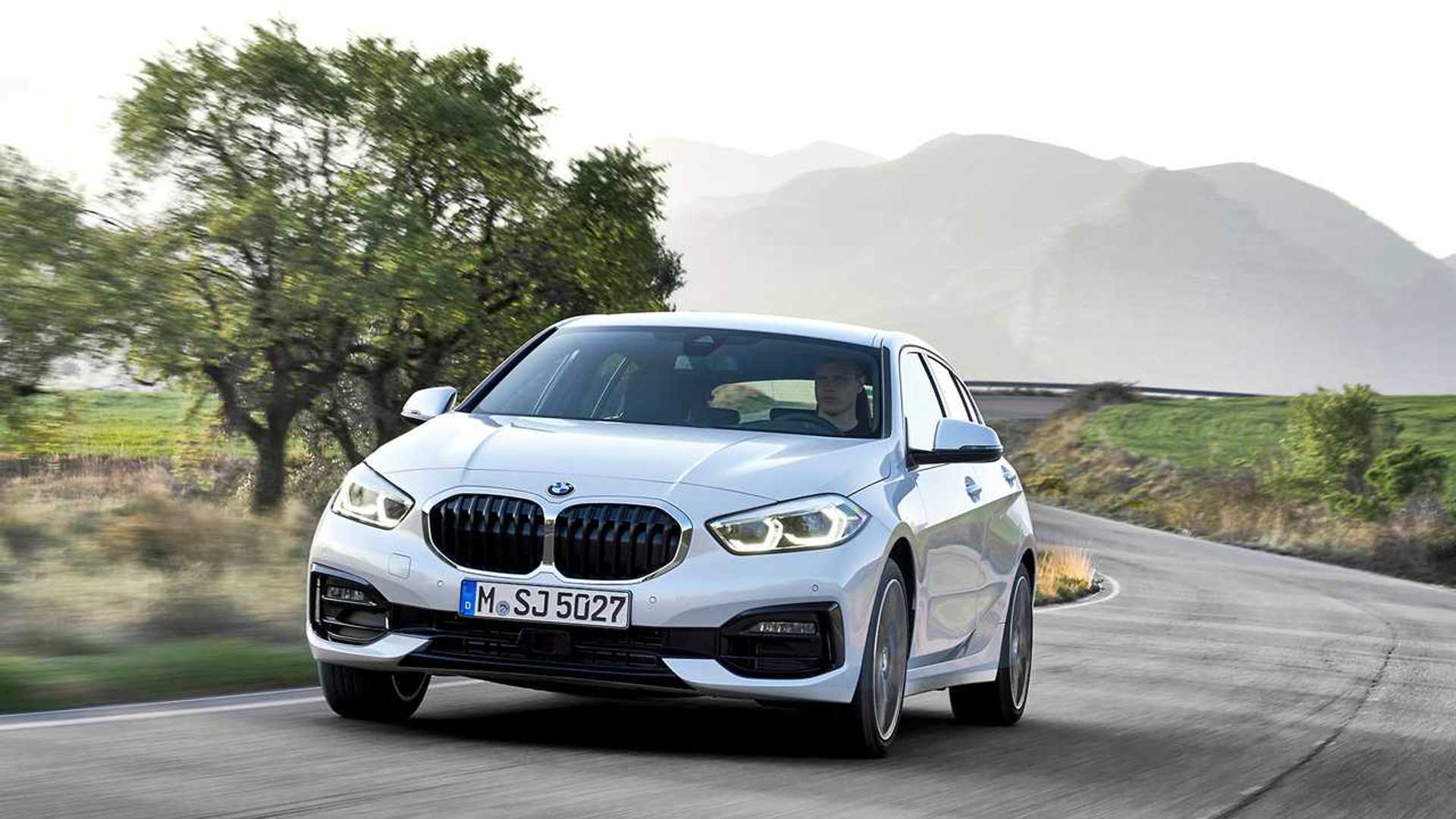 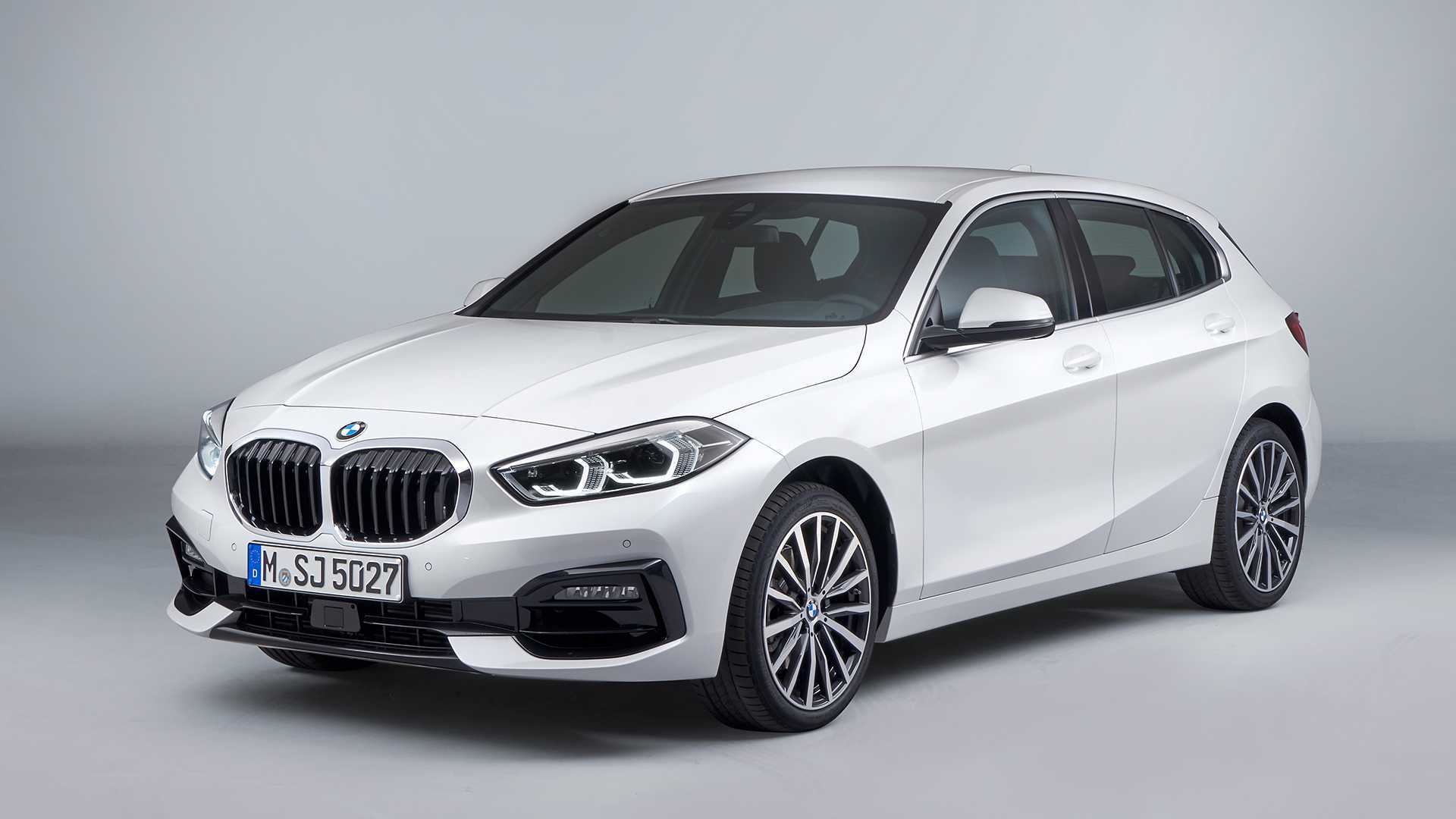 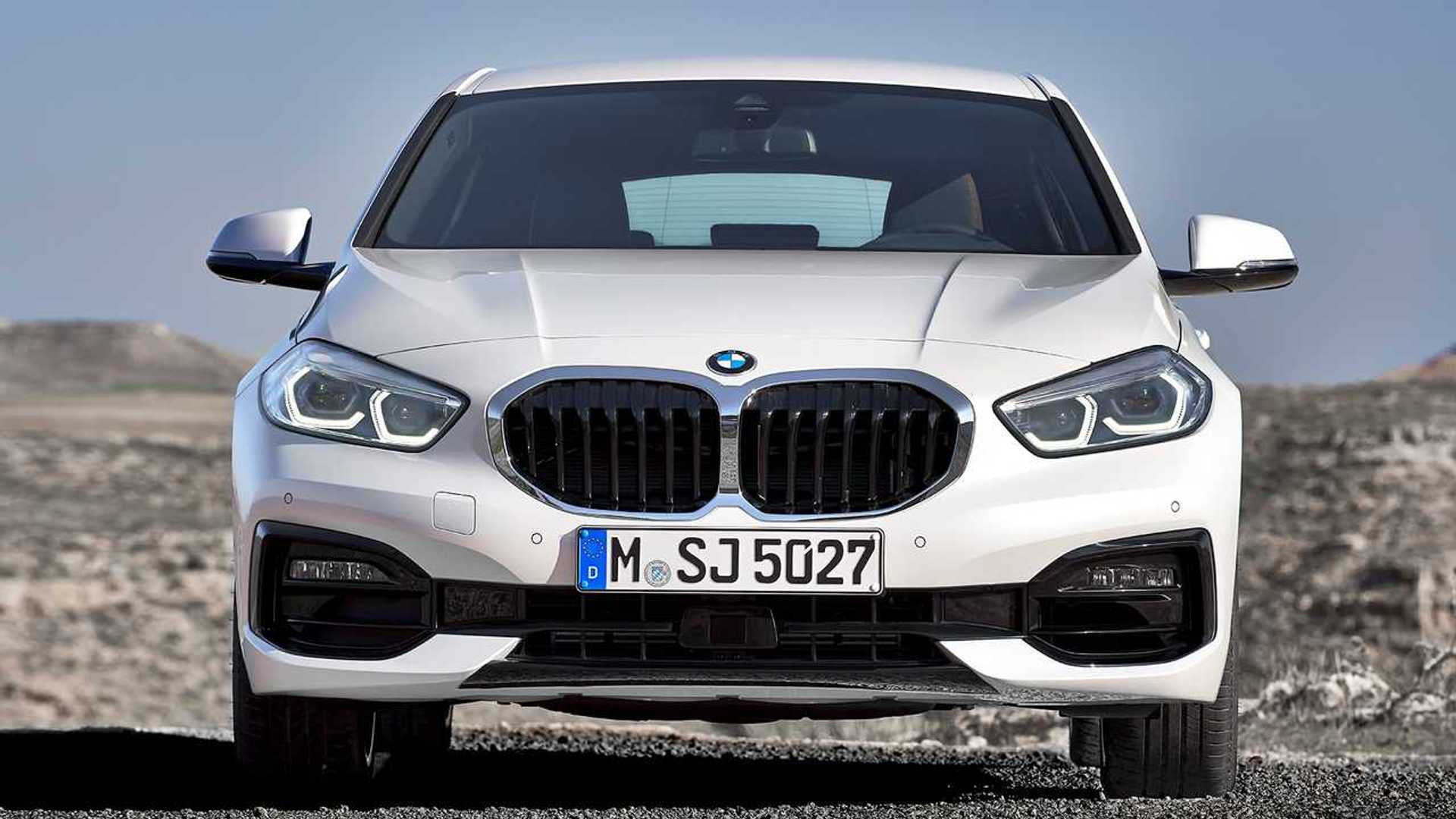 Wider, slimmer taillights extend even more on the tailgate than they did on the old 1 Series in a bid to make the Audi A3 Sportback competitor look wider and more imposing when viewed from behind. Much like the headlights, the rear lighting clusters are optionally available with a full-LED arrangement. The 90-mm diameter of the exhaust tip can be swapped out for a larger 100-mm dual setup on the M135i xDrive.

The switch to a FWD platform pays dividends in terms of the available room inside the cabin where there’s now an additional 33 mm (1.3 inches) of kneeroom for rear passengers who also benefit from an extra 19 mm (0.7 inches) of headroom and 13 mm (0.5 inches) of elbowroom. The revamped 1 Series will also be a better companion on longer journeys thanks to the enlarged cargo area, now able to swallow an extra 20 liters (0.7 cubic feet) for a total capacity of 380 liters (13.4 cu. ft.). Fold down the rear seats and the volume jumps to 1,200 liters (42.3 cu. ft.). It should be easier to load and unload cargo as the narrowest part of the trunk is now 67 mm (2.63 inches) wider than before and there’s also the option of an electric tailgate – another first for the 1er.

The dashboard shows a familiar layout seen in many recent BMW products and incorporates a standard 8.8-inch touchscreen for the infotainment system featuring support for gesture controls. On the high-spec versions, the multimedia display bumps the size to 10.25 inches and is complemented by a fully digital instrument cluster of the same size.

At launch, the 1 Series will be available with a pair of gasoline engines and three diesels, topped by the 2.0-liter unit found in the M135i xDrive. BMW’s most powerful four-cylinder engine ever, it develops 302 horsepower (225 kilowatts) and 450 Newton-meters (332 pound-feet) of torque – like in the X2 M35i – sent to both axles through an eight-speed automatic transmission. The hardware arrangement enables the hot hatch hit 62 mph (100 kph) from a standstill in 4.8 seconds. From November, the M135i will be optionally offered with an M Performance package that’ll shave off a tenth of a second from the sprint time. As expected, top speed will be electronically limited to 155 mph (250 kph).

The entry-level 118i will rely on a three-cylinder 1.5-liter rated at 138 hp (103 kW) and 220 Nm (162 lb-ft) transferred to the front wheels through either a standard six-speed manual or a seven-speed automatic.

The top diesel is found in the 120d xDrive where the four-cylinder 2.0-liter produces 188 hp (140 kW) and 400 Nm (295 lb-ft). It works exclusively with the eight-speed automatic delivering the diesel punch to both front and rear wheels as standard.

BMW will host the public debut of the all-new 1 Series in Munich from June 25 through 27 as part of the #NextGen event during which the 8 Series Gran Coupe will also be showcased. The auto show debut will occur in September in Frankfurt, with the market launch scheduled for later the same month. Customer deliveries will kick off before the year’s end.

From 'sitting duck' to P7 for Daniil Kvyat