When GM announced plans to kill off several passenger-car models in favor of more SUVs of various sizes, a lot of car enthusiasts wrung their hands in despair. Gone are the Chevrolet Cruze and related Buick Verano compact sedans, victims of changing buyer habits. But now we’ve had a first look at what GM’s Buick brand intends to replace the Verano with — the new 2020 Encore GX, first announced back in May and now debuting in person at the 2019 Los Angeles Auto Show. From what we can tell, the only thing wrong with this new compact crossover is the confusing name, as Buick has apparently crafted a stylish, spacious crossover to slot between the subcompact Encore and larger Envision.

The vehicle will initially come in two trims: Encore GX and Sport Touring. At the auto show, the SUV strikes you by how sharp it looks, especially in Sport Touring trim with blacked-out chrome, red grille accents and bodycolor wheel-arch trim. Unlike on the smaller Encore, Buick’s styling language really translates well to the proportions of a bigger crossover of this size. It’s attractive and stylish, albeit in a subdued way. Even the base GX looks good despite the black-plastic cladding that seems required on any compact crossover to convey supposed ruggedness. Despite the Encore name, the GX rides different underpinnings than the smaller Encore subcompact. It’s a longer platform, sharing bits with the just-revealed 2021 Chevrolet Trailblazer. 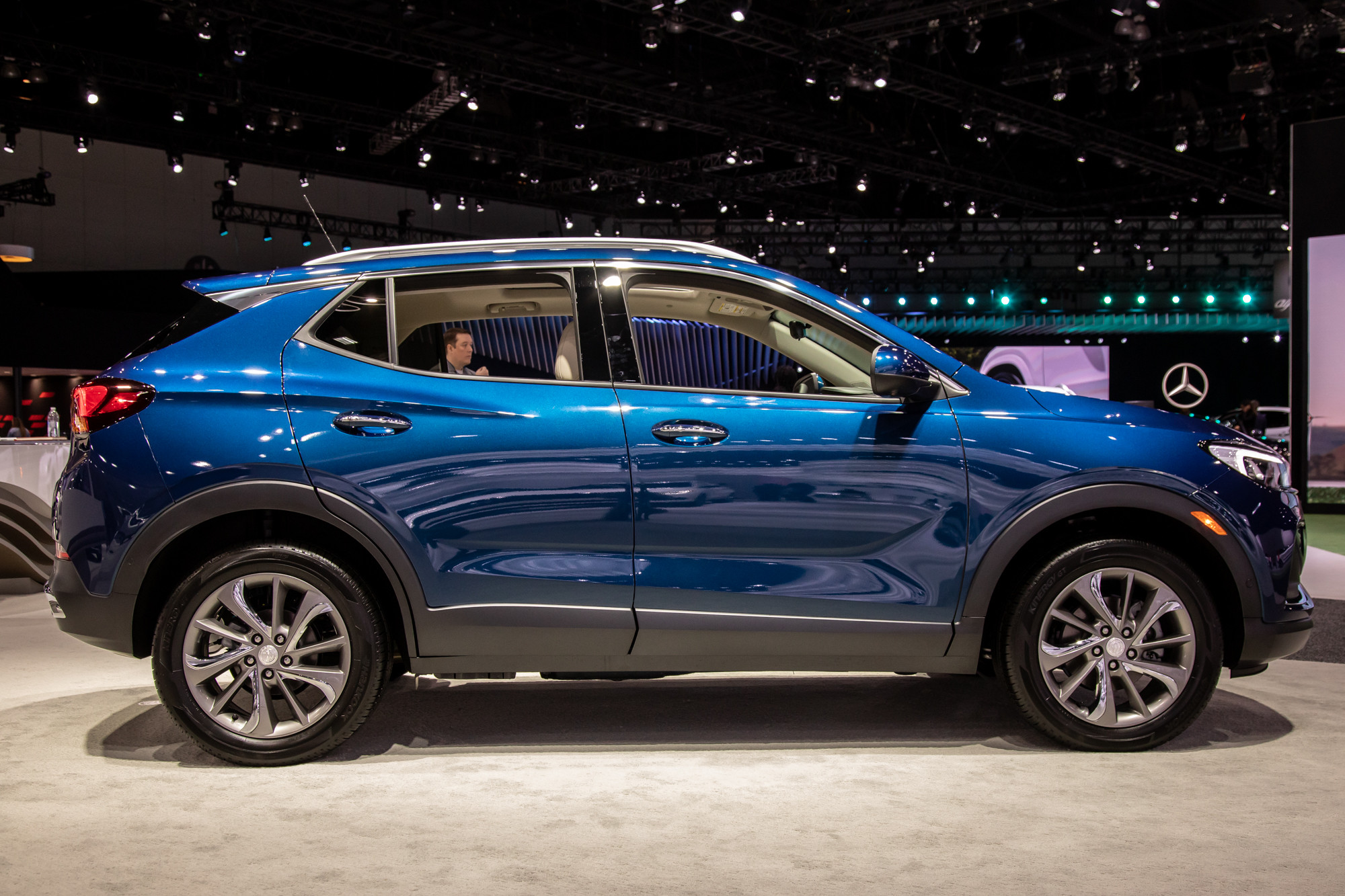 We can’t yet comment on how the Encore GX drives, but I’ll note its unusual powertrains. There are two engines available, both of them turbocharged three-cylinders. The base engine is a turbo 1.2-liter three-cylinder that channels power to the front wheels through a continuously variable automatic transmission. Optional with front- or all-wheel drive is a turbocharged 1.3-liter three-cylinder mated to a traditional nine-speed automatic. We’re a bit worried about power, however: Buick only said that the SUV “will deliver up to 155 horsepower” and didn’t give specific outputs for the engines. One fuel-economy estimate was given, 31 mpg combined, but Buick didn’t say which engine that’s for. We’ll reserve final judgement for how these powertrains work until we can drive the GX, which hits dealers in March 2020.

Sitting in the new Encore GX is surprisingly pleasant, however. What immediately strikes you is how good and spacious the interior feels. It’s kind of amazing that the Encore GX has roughly the same exterior size as the just-introduced Mazda CX-30 but far better interior packaging. The backseat truly impresses, with plentiful legroom and even adequate headroom in models with the large moonroof thanks to a scalloped headliner that allows normal-length humans to sit in back. I can position the driver’s seat where my 6-foot height is comfortable and sit in back without issue thanks to ample foot room under the front seats and sufficient clearance that my knees don’t touch the seatback. That’s impressive for a compact crossover like this. 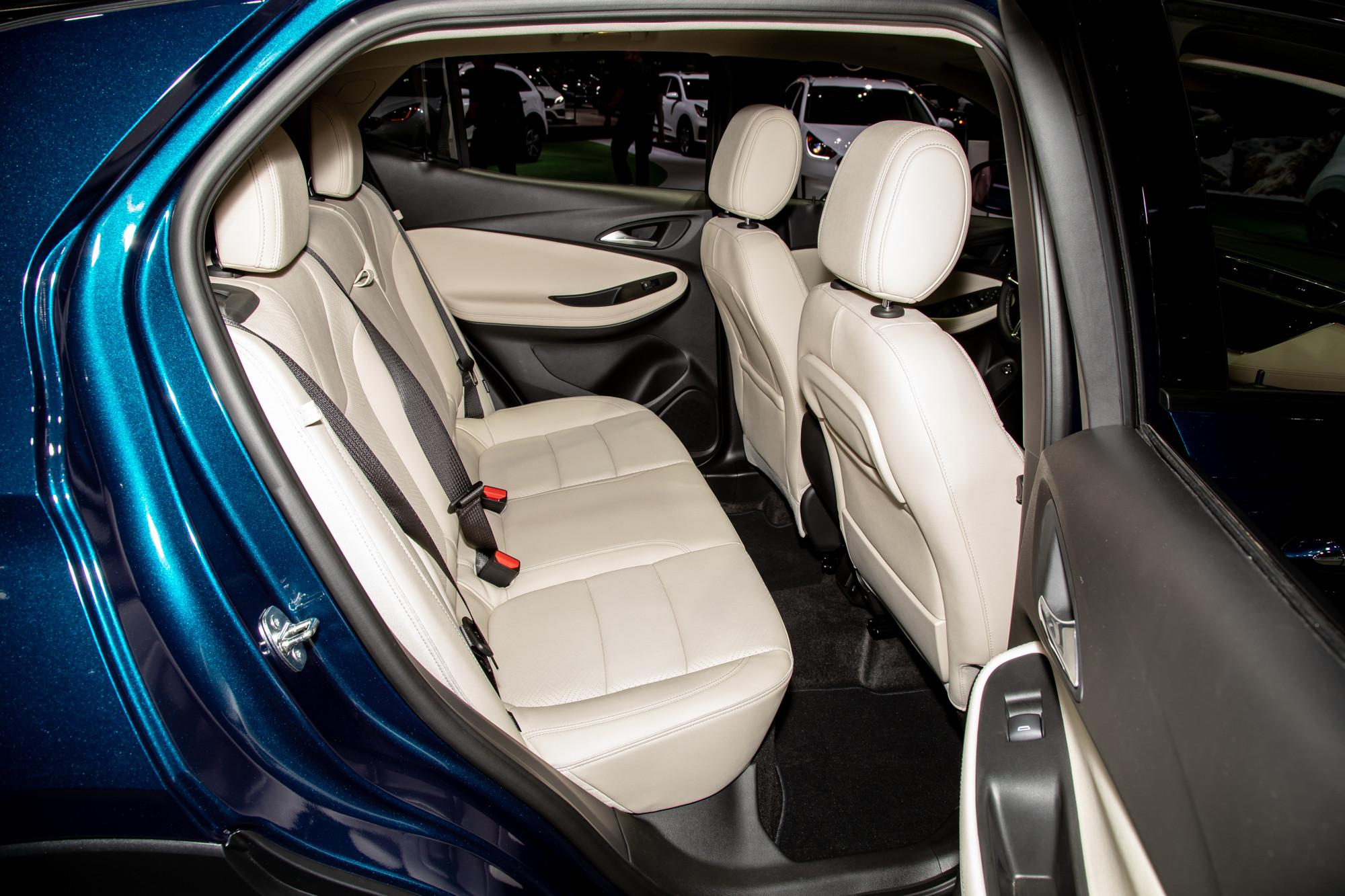 Topping off the surprises is the list of standard safety equipment. GM seems to have finally gotten the memo that some basic technologies need to be standard on modern vehicles, and the Encore GX has them: forward collision warning, automatic emergency braking with pedestrian detection, lane keep assist and lane departure warning, a following-distance indicator and automatic high-beam headlights. Options include rear park assist with cross-traffic alert, a blind spot warning system, a camera-based rearview mirror, a power liftgate, adaptive cruise control, automatic parking assist and a head-up display.

We’re curious to see how this new crossover drives with such diminutive engines, but three-cylinder powertrains aren’t automatically dogs — Ford has made some peppy three-cylinders in recent years, so we’re curious how these stack up. If they prove snappy and efficient, this impressively packaged Buick could be popular.