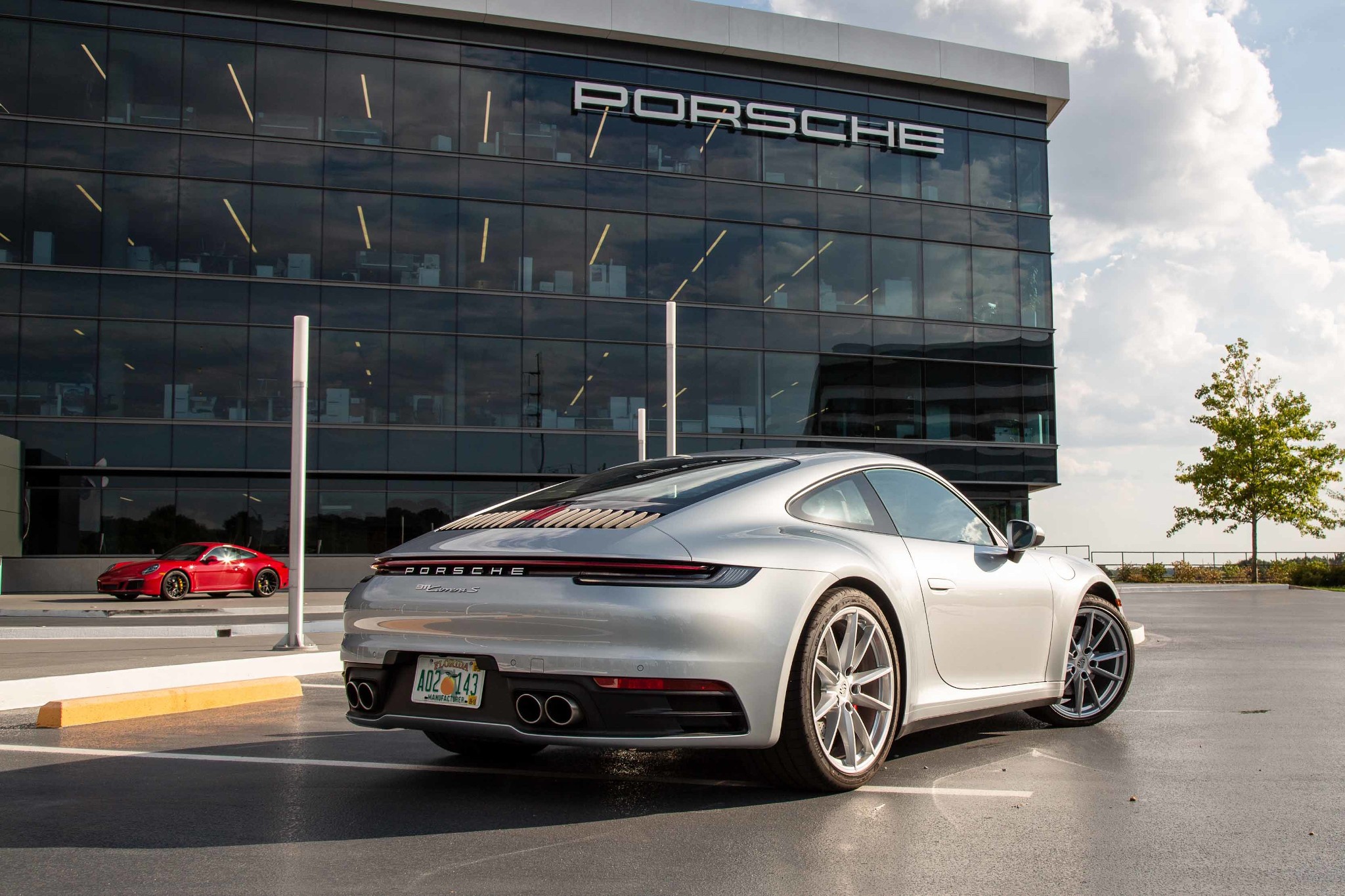 The 2020 Porsche 911 is the eighth generation of this iconic sports car, a model that’s synonymous with race-winning speed and performance. While it usually takes an eagle-eyed enthusiast to spot a new 911 from the previous generation, this model year brings significant updates to Porsche’s rear-engine masterpiece. In fact, at the conclusion of our roughly 900-mile test drive, we wondered if the Porsche 911 might even be a little too polished and poised.

Being too good is rarely a bad thing, of course. That’s especially true when your competition includes the likes of the BMW 8 Series, Mercedes-AMG GT, Acura NSX, Lexus LC and last but certainly not least, the new mid-engine Chevrolet Corvette. All of these cars are bursting with horsepower, style and luxury. Some favor everyday driving comfort a little more than others, though not the mighty Porsche 911. If you want a cushy ride and rear seat that’s usable by adults, the 911 is not for you.

For our full review from Cars.com’s Brian Wong, check out the link above. For quick takes of this finely tuned machine, however, keep reading to see what stood out — and some items that left us cold.

Porsche knows how to build engines, and the one in the new 911 is a gem. It doesn’t sound overly wild on paper, seeing as how the twin-turbocharged 3.0-liter boxer-six-cylinder engine produces 23 horsepower more than the outgoing motor. In total, our 911 Carrera S test car had 443 hp and 390 pounds-feet of torque on offer. It delivers near-telepathic power every time you punch the gas pedal. 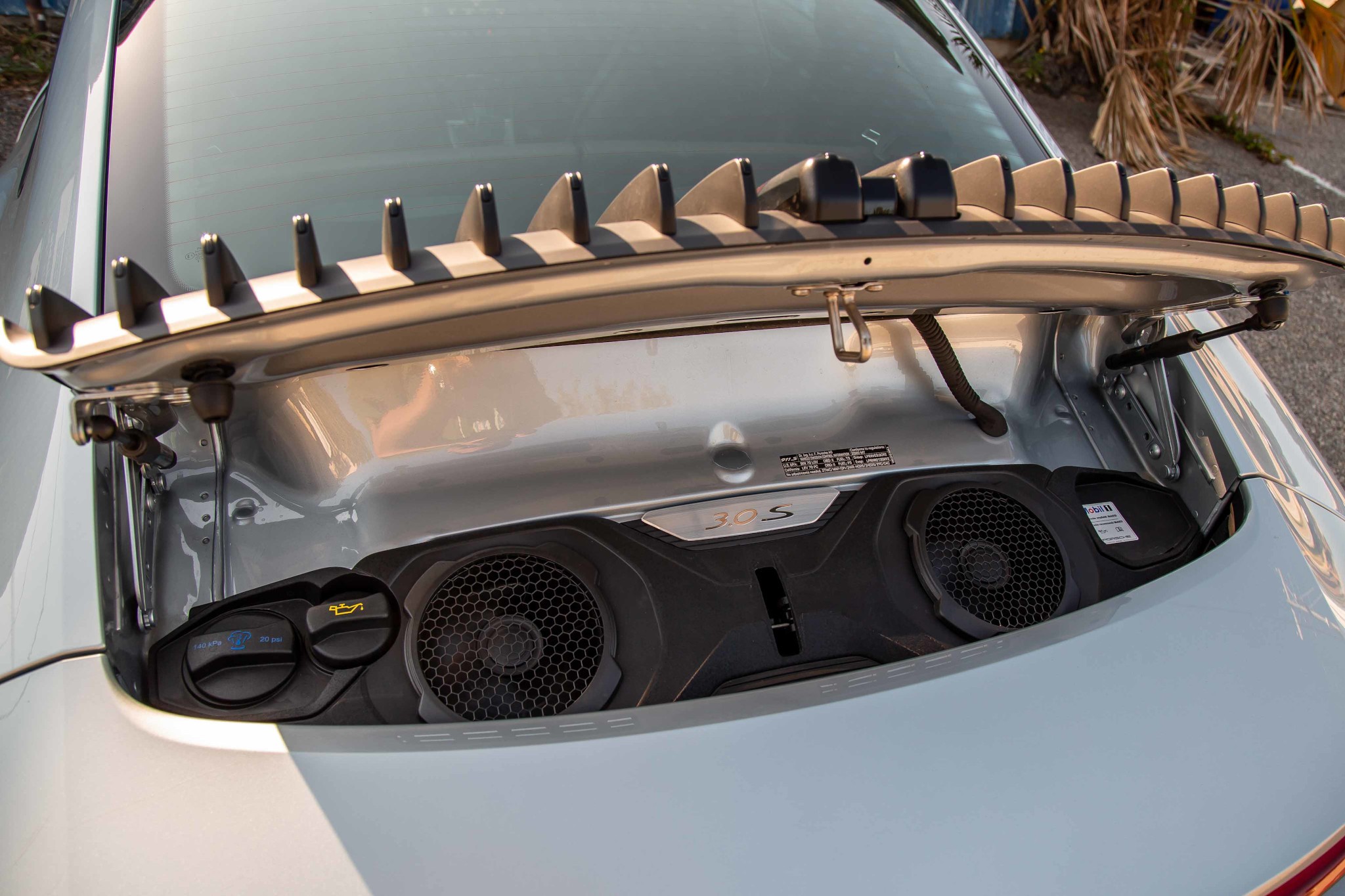 Don’t worry, a manual will be offered on the new 911. For the moment, however, the only available gearbox is Porsche’s PDK eight-speed dual-clutch automatic. This is a superb transmission that delivers immediate and precise shifts whenever needed.

3. Significantly Faster Than Before

Porsche’s engineering team didn’t tweak the 911 because it was bored. The upgrades bring substantial performance benefits, including more straight-line speed. Hit the gas in the 911 and the sprint from zero-to-60 mph takes only 3.3 seconds, or about 0.4 second faster than the previous model.

4. Sport Chrono Package a Must

It’s an option, but the available Sport Chrono Package should be considered an essential add-on feature. For $2,270 on top of the 911’s base price, this option includes launch control, Sport Response steering and a Sport Plus driving mode. Basically, it makes your Porsche faster and more fun! 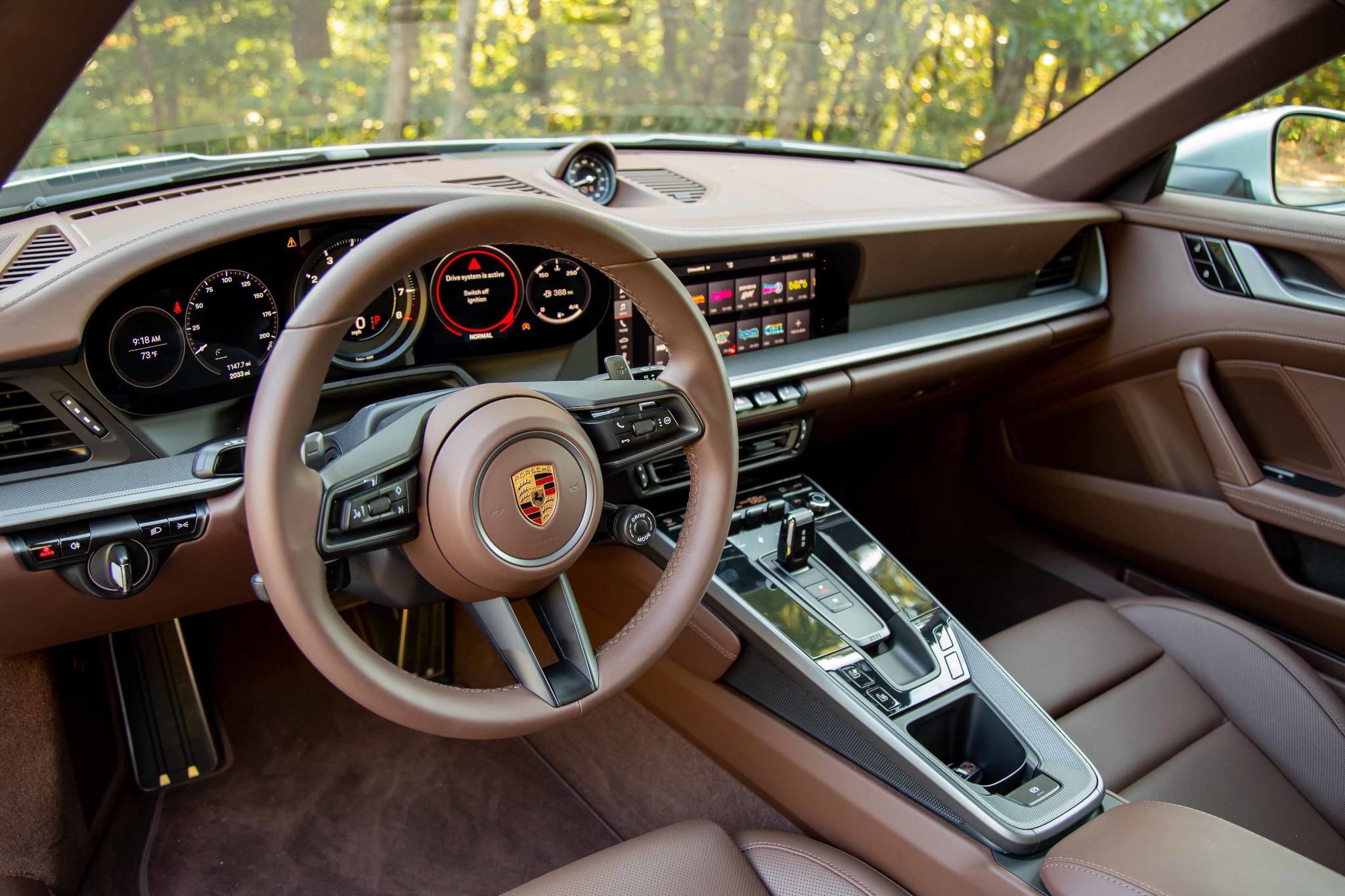 You can’t drive a 911 and not talk about its superb steering and agile reflexes. If anything, we found that driving the 911 on public roads was a little boring because you can’t get anywhere near its limits of adhesion or upset the car’s balance. Budget some time on a racetrack if you’re considering a 911.

Porsche has significantly updated the 911’s cabin, too. We like that the interior is unique to Porsche’s legendary sports car; it makes the car feel special and worth its substantial price. Granted, some items are shared with the rest of the Porsche range — including the multimedia system — though you get the impression the interior has been honed for speed, not cupholders or easy-clean surfaces.

7. Expensive, But Worth the Price

With a starting price of more than $114,000, the 2020 Porsche 911 is an expensive vehicle. After spending hundreds of miles with it, we assure you it’s money well spent. The engine is incredible, the ride and handling are unflappable, and the entire car feels like it was engineered to precision. This is what makes the 911 the sports car so many rivals benchmark but ultimately fail to eclipse. 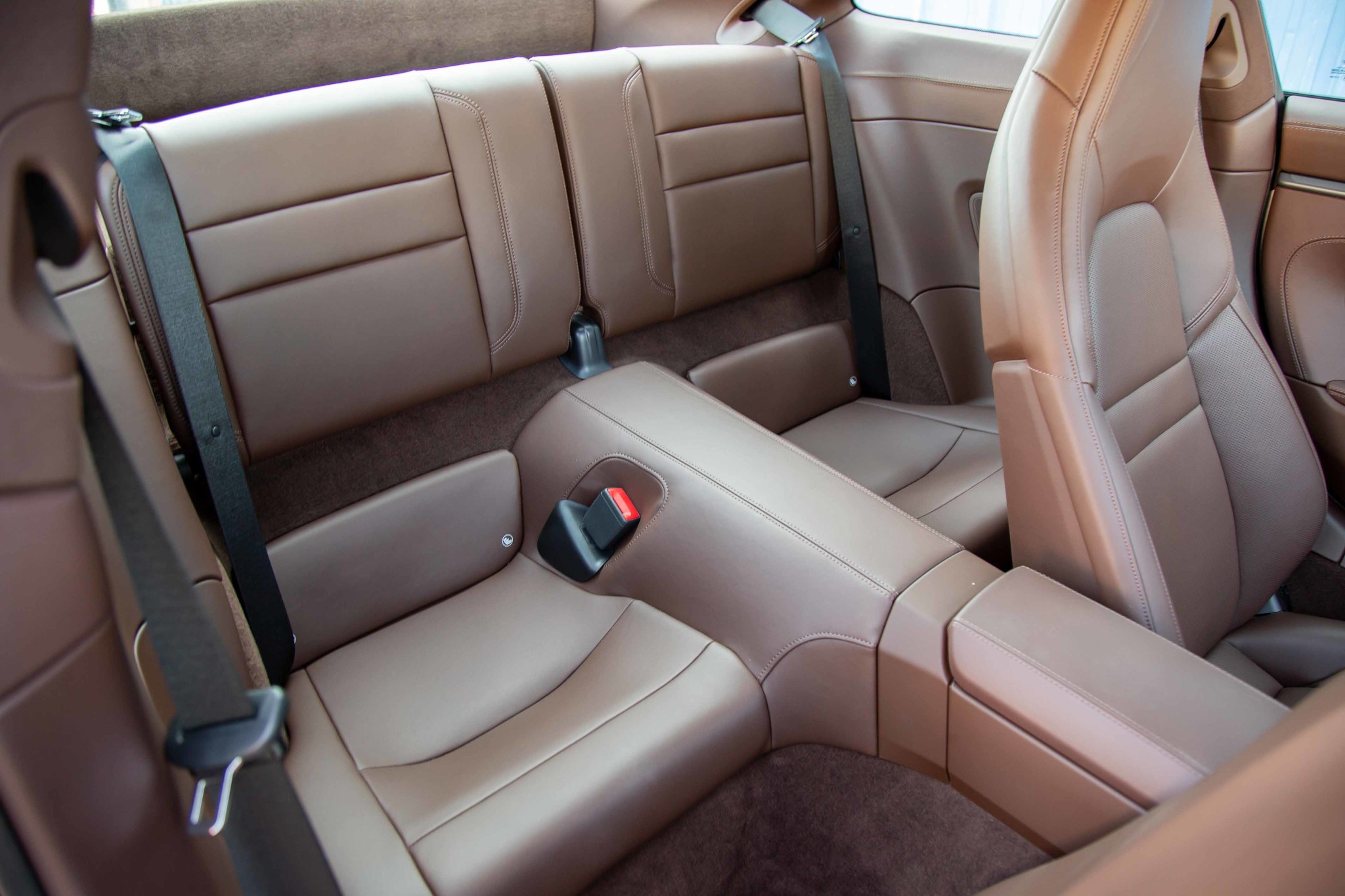 1. Doesn’t Shout That You Bought the New One

If you’re looking to buy a car that screams you’ve put the latest and greatest machine in your driveway, the 2020 Porsche 911 won’t fuel your fragile automotive ego. Changes from one 911 to the next are subtle and usually require a true fan to spot. (That’s OK, of course, because Porsche has no shortage of fans.)

The multimedia system in the 911 is fine, but there’s a learning curve. Some menus run far too deep, while certain functions — like tuning in favorite radio stations — are more complicated than they need to be. Also, Apple CarPlay is available but Android Auto still is not. 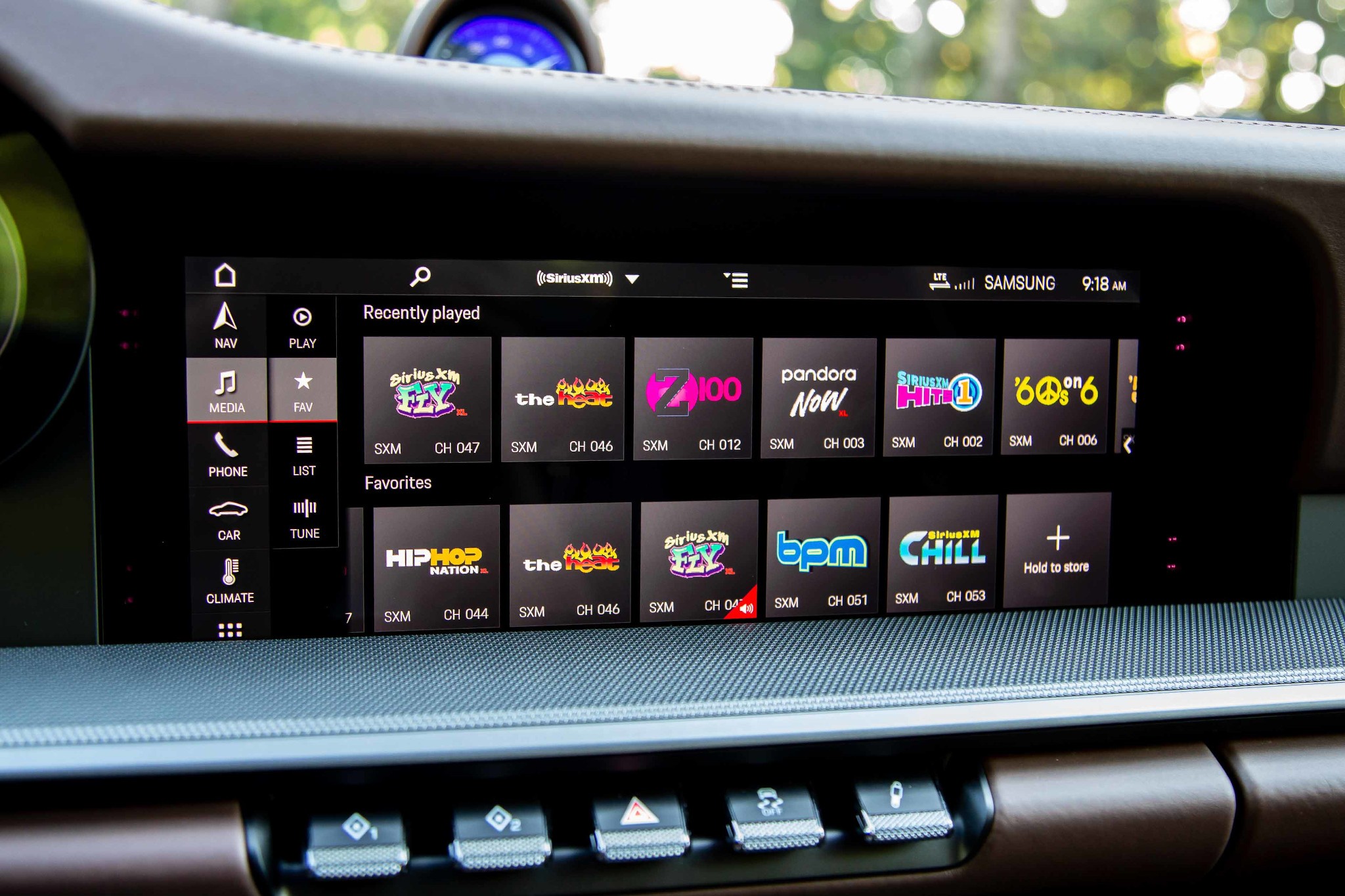 Porsche will gladly sell you a sedan or SUV if you need to tote around people and cargo. That’s handy, because the rear seats in the 911 are useless for adults. Consider them an extension of the front-mounted trunk and nothing more.

Despite giving the 2020 Porsche 911 glowing praise for its otherworldly performance, we came away thinking the car also felt like it had been raised in the emotion-free environment of Planet Vulcan. With all due respect to Trekkies and Porsche fans, the 911 is so poised that it makes driving fast a clinical experience. 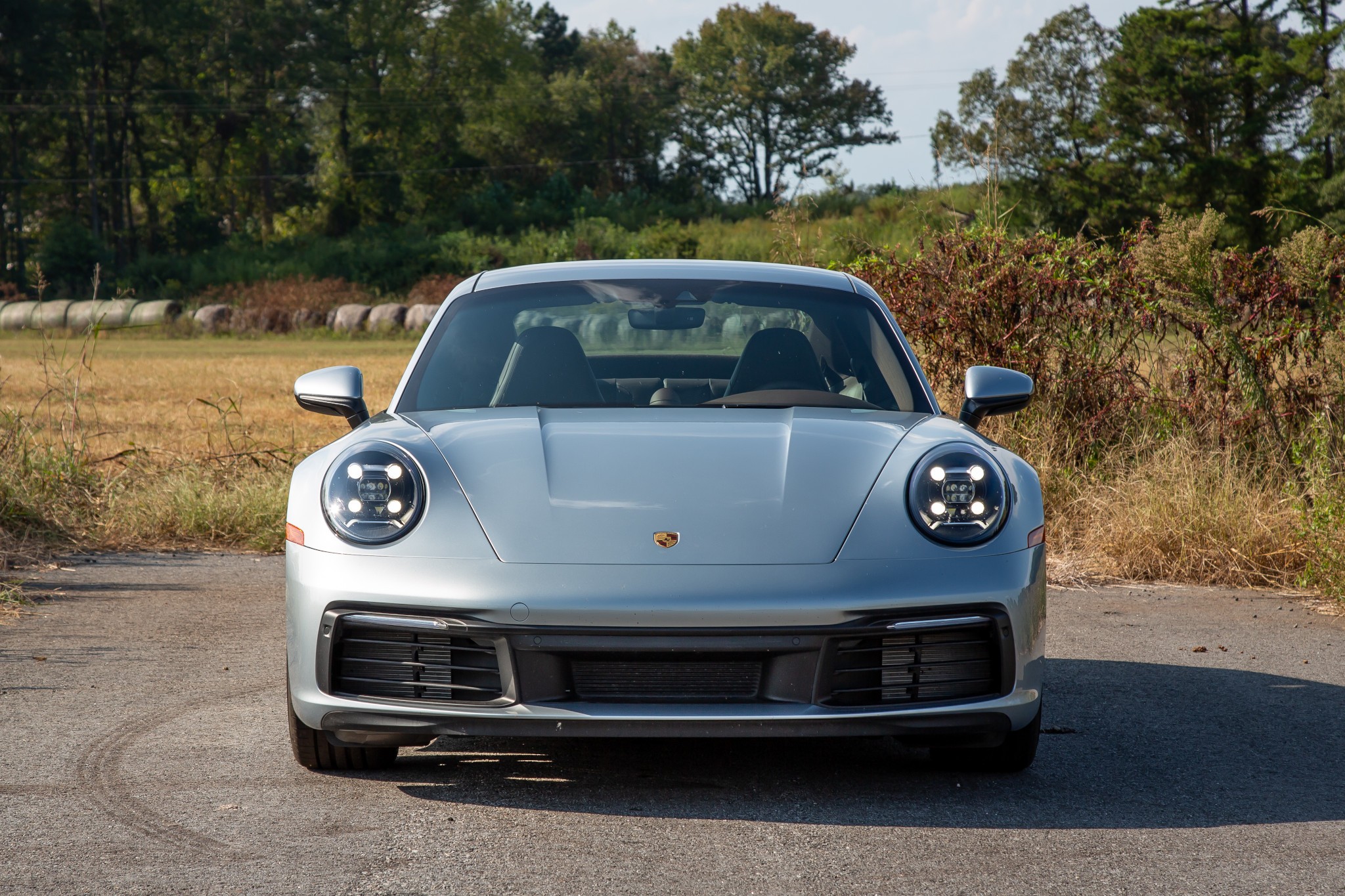 Barrichello: Hamilton is better than Alonso

Car wash: Can you wash your car with washing up liquid?
Car Reviews