Skoda uses probably the most effective camo in the business.

With the double unveiling of the Superb facelift and electric Citigo in the rearview mirror, Skoda is now channeling more of its efforts into the company’s most important debut of the year. We’re talking about the fourth-generation Octavia (fifth if you’re including the original from 1959 to 1971) that has already been spied multiple times. Like before, we’re dealing with a prototype of the Combi carrying the full production metal, but there’s a ton of annoying camouflage on the wagon body.

Look closer and you should notice extra layers of disguise on most of the panels, along with the usual fake stickers applied onto the headlights and taillights. The latter actually continue on the tailgate, and we know that by noticing the cutouts for the reversing lights. Skoda went to the trouble of hiding the rear pillar and partially masking the quarter glass in the process. 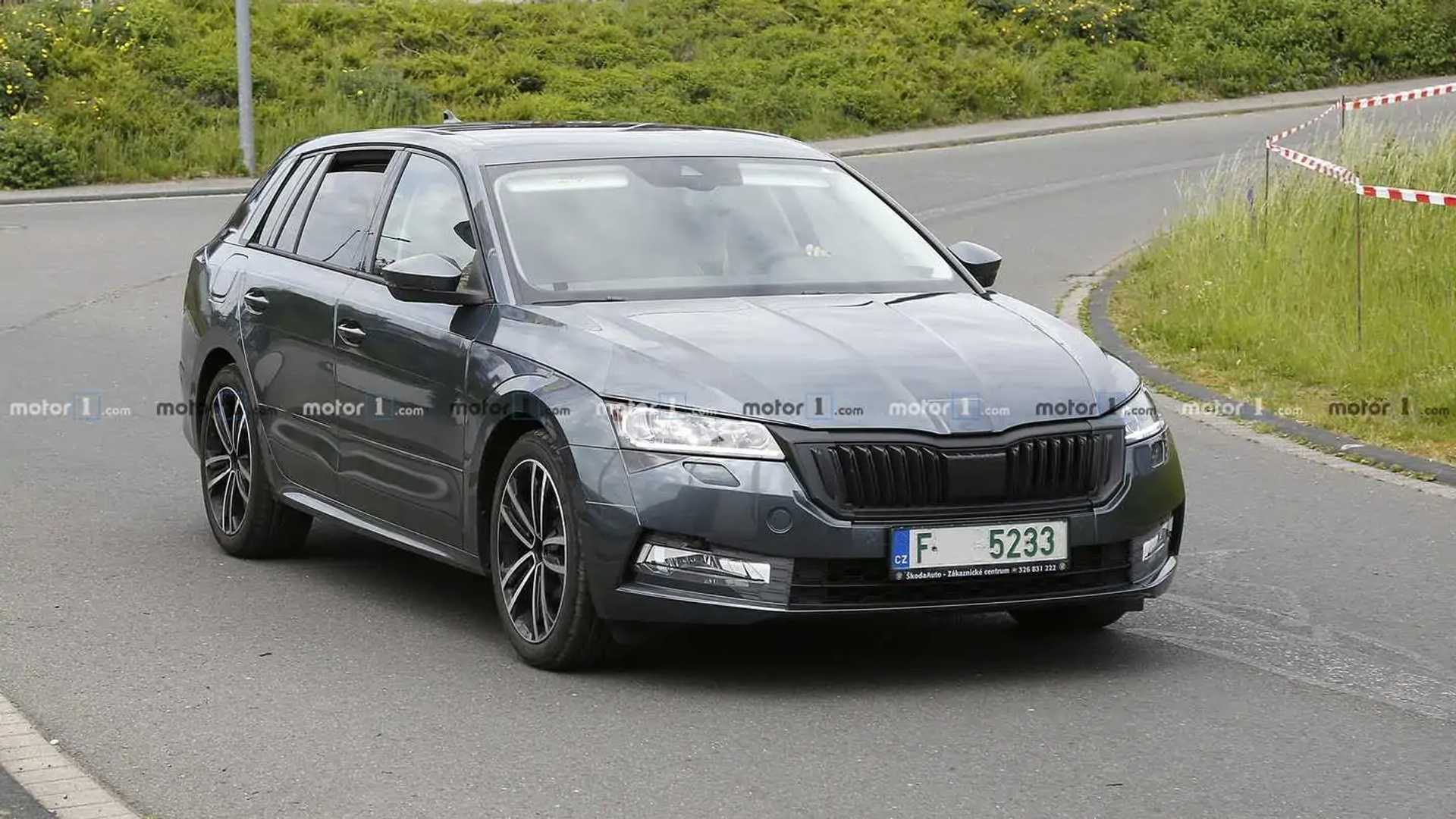 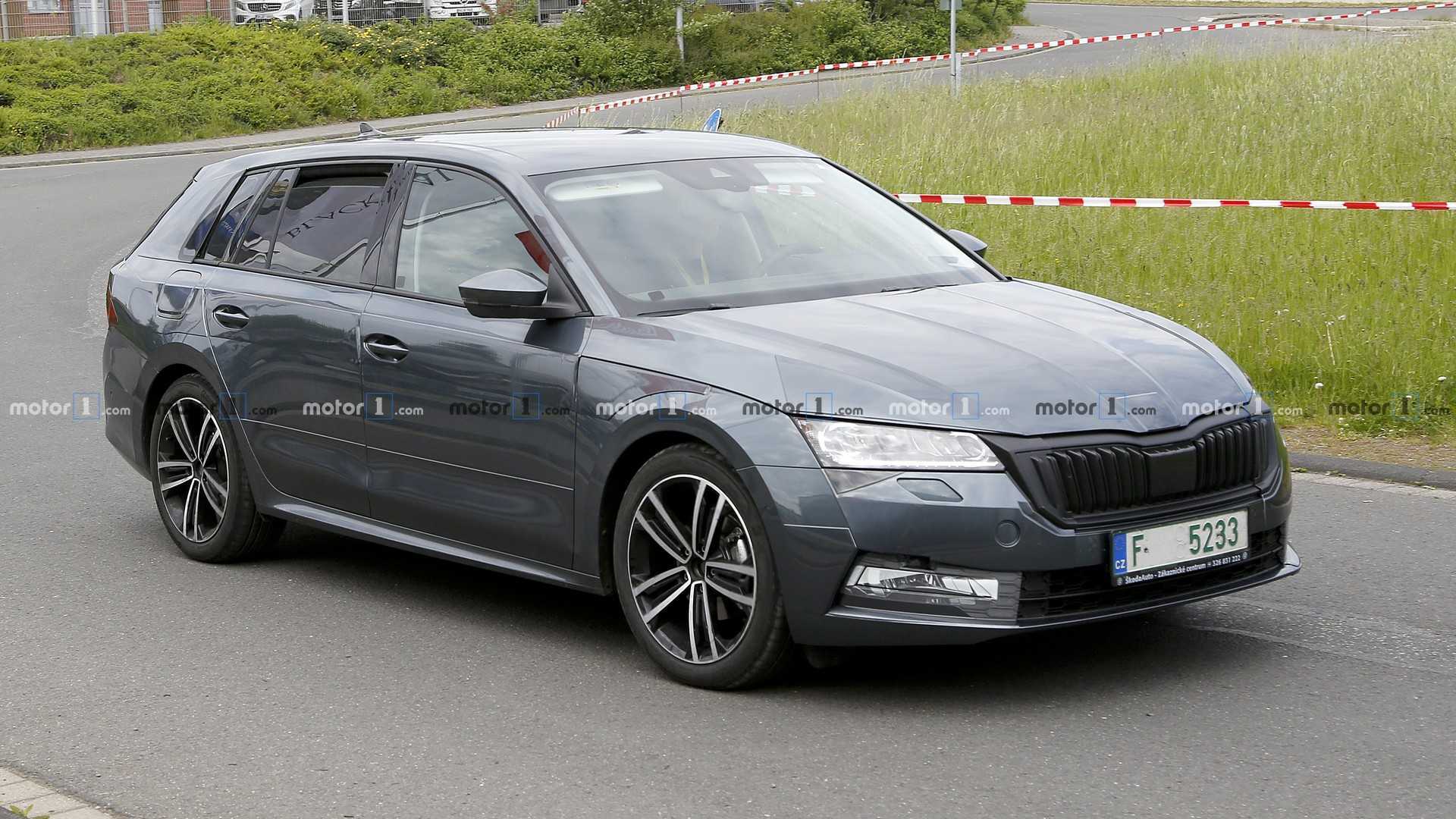 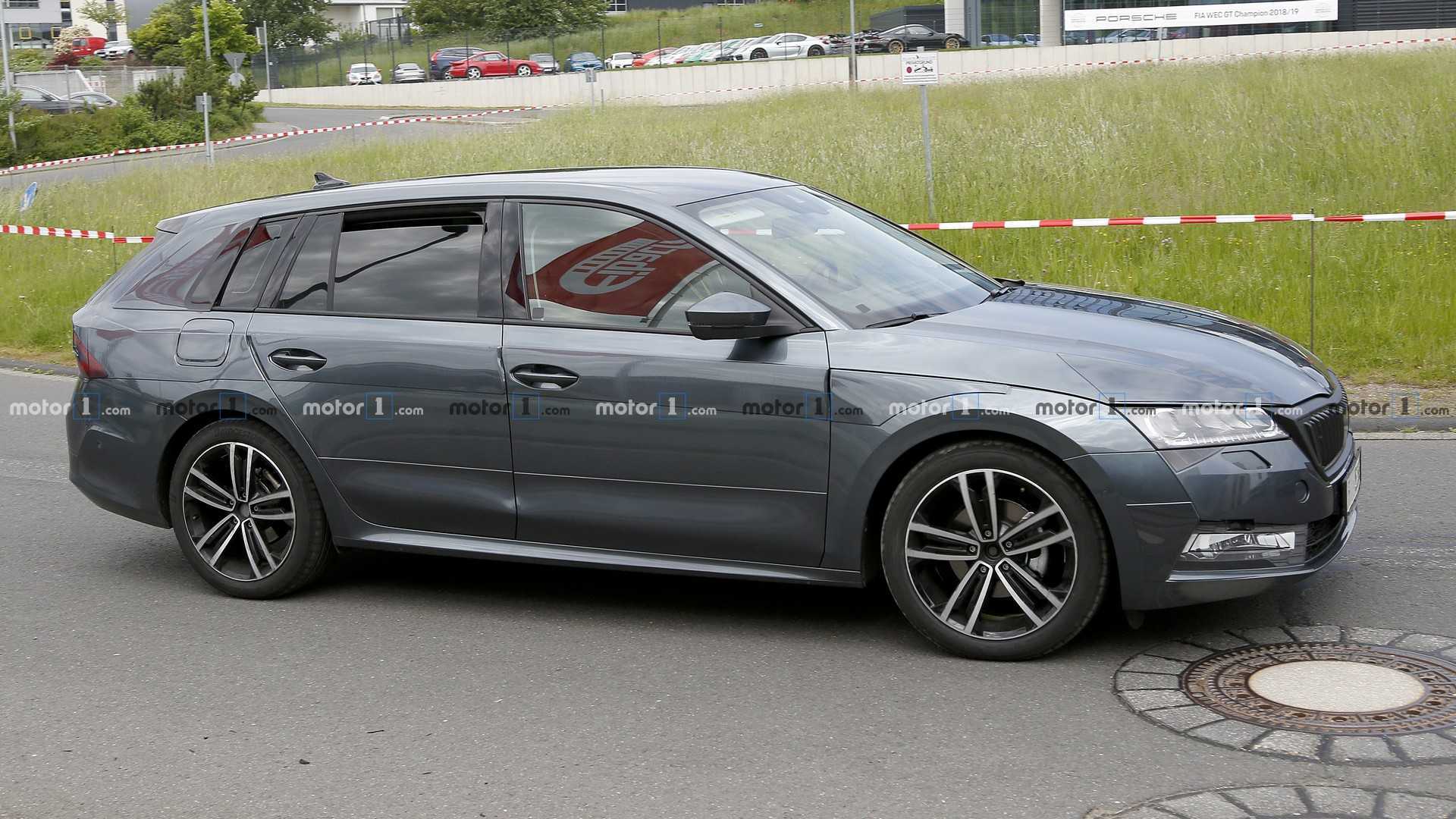 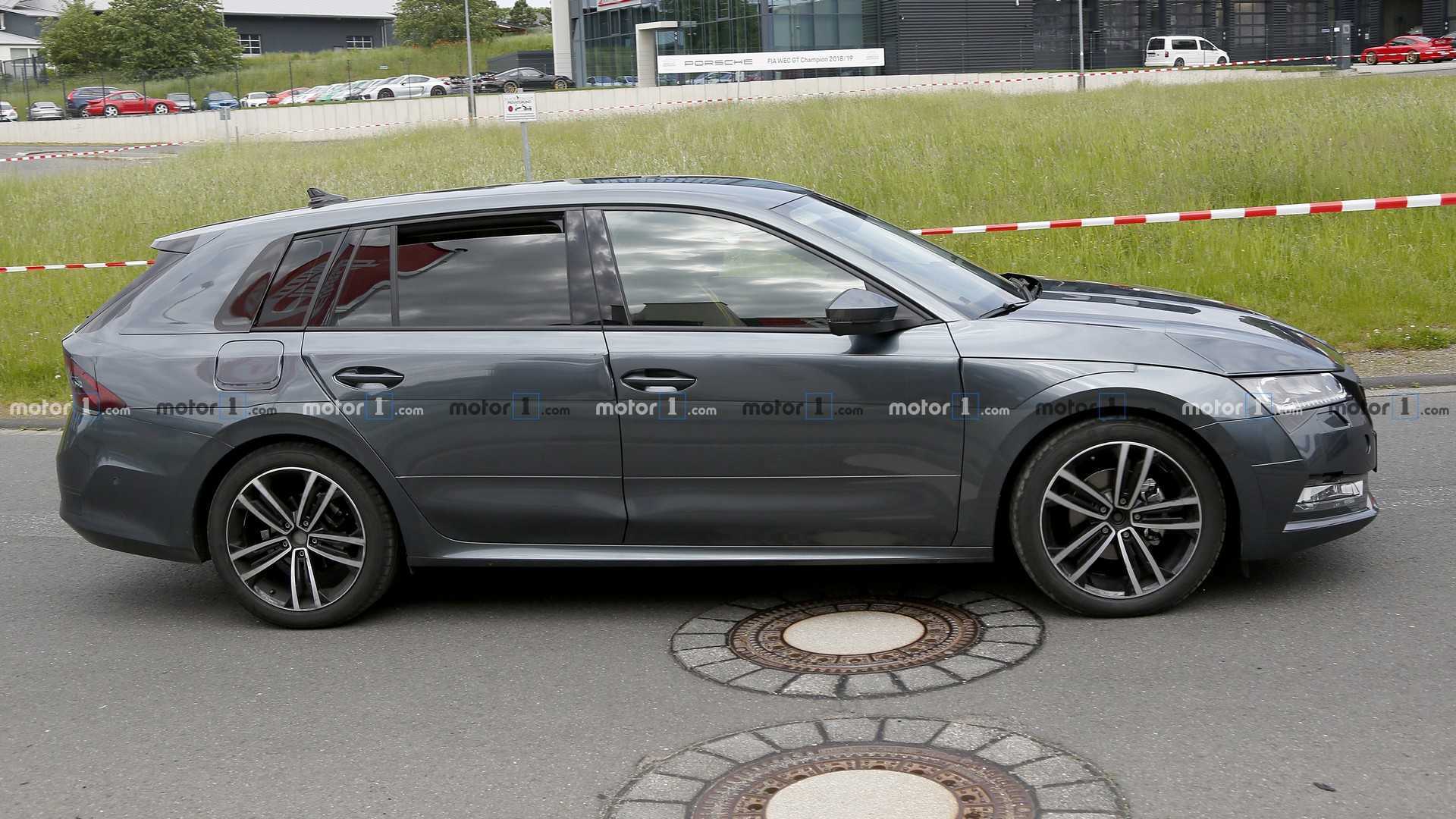 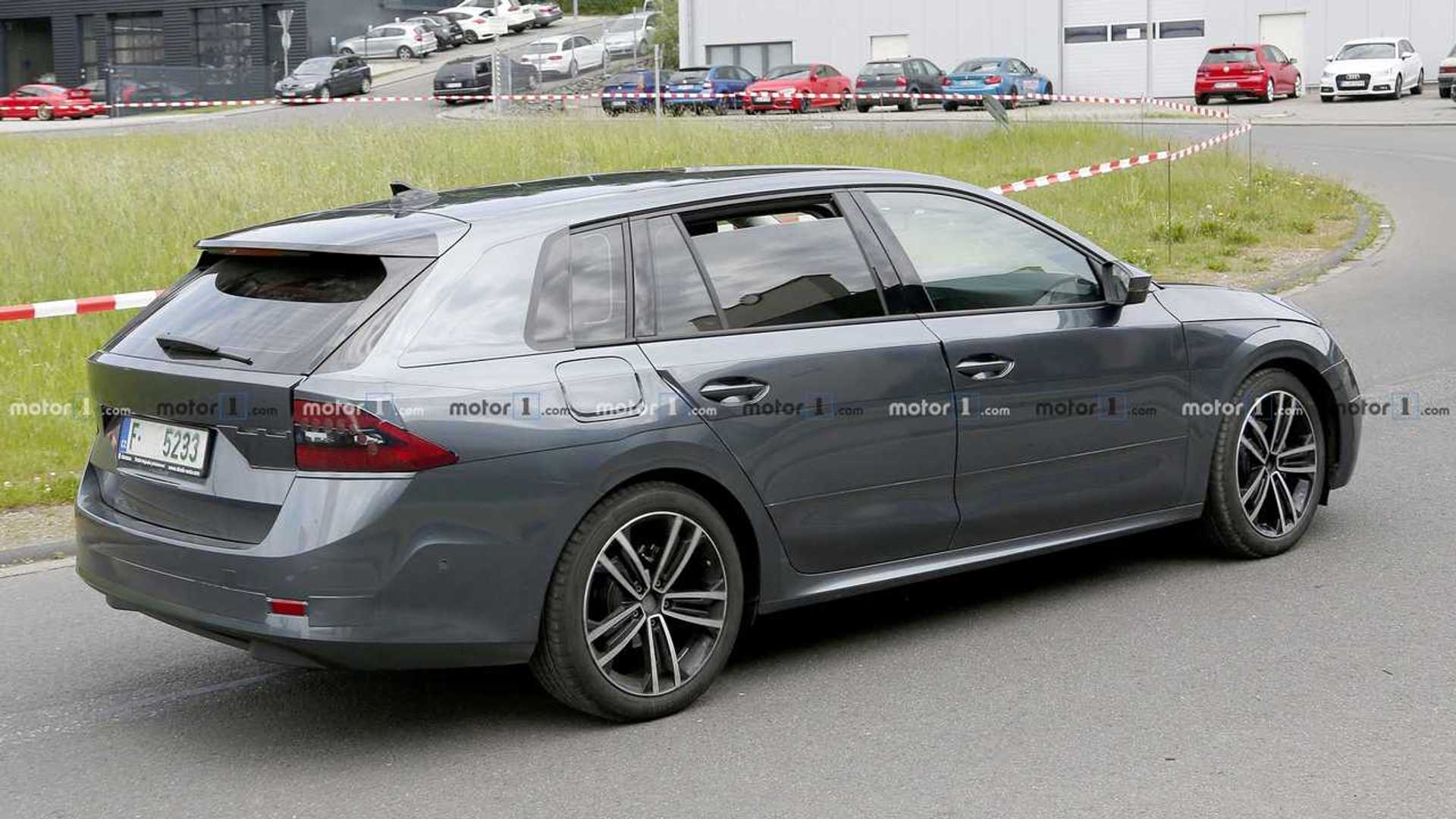 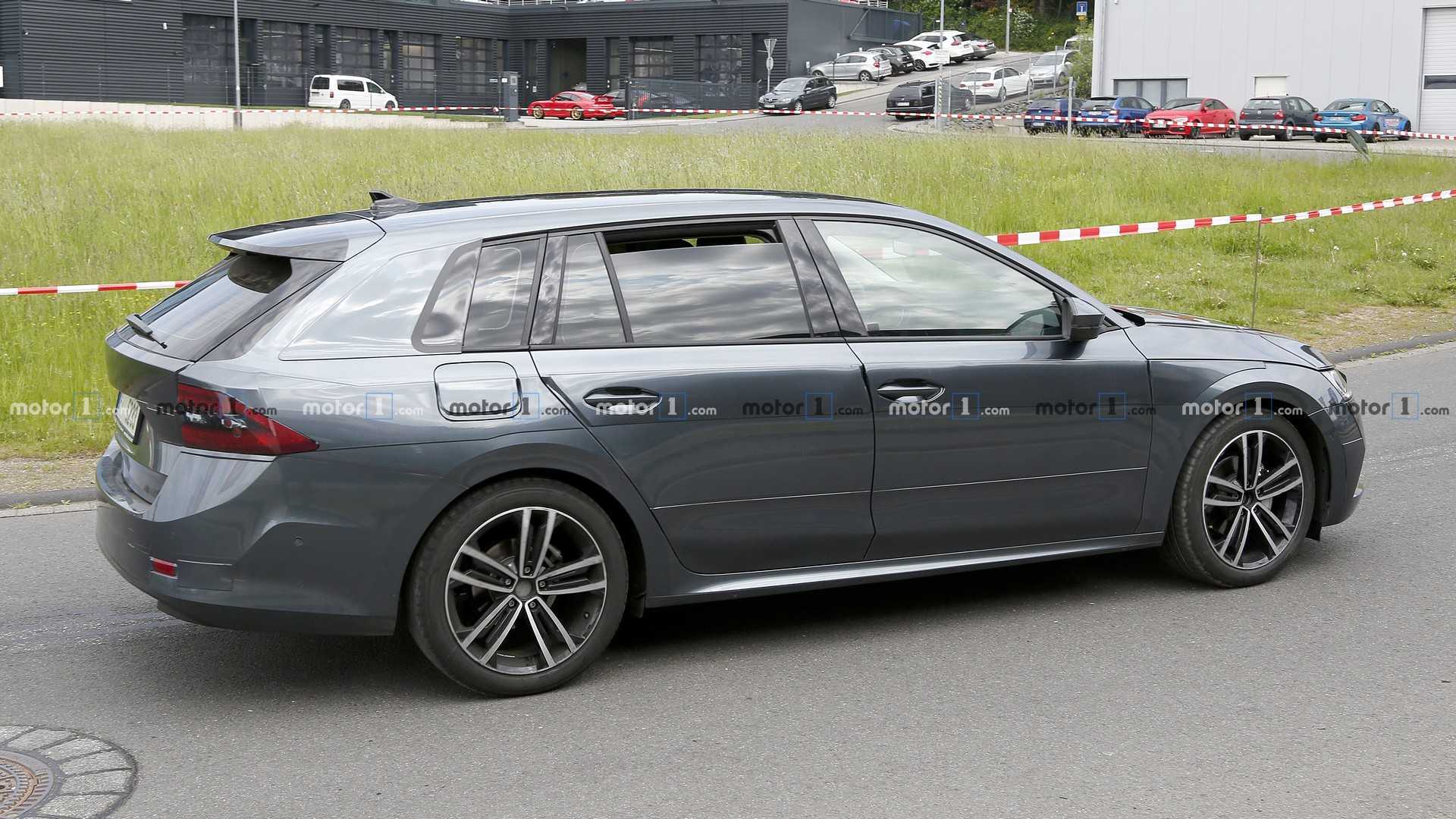 Although officially labeled as a compact car, the Octavia has always been almost as large as a midsize vehicle, and the one doesn’t look at all any smaller. In fact, we won’t be too surprised if Skoda will make the fourth-gen model even bigger now that the Scala is out as a larger replacement of the Rapid / Rapid Spaceback. Just about every new Skoda has been bigger than its predecessor, so a stretch of the wheelbase for even more interior space is expected.

We’re continued to be baffled by the fact there aren’t any spy shots whatsoever of the hatchback. The reason why we are surprised is because the sedan-looking hatch should be the first to see the light of production day. One possible explanation is that Skoda won’t waste any time and will introduce the Combi right away without waiting a few more months. That would make sense since the long-roof version is more popular than the hatchback in some European countries. 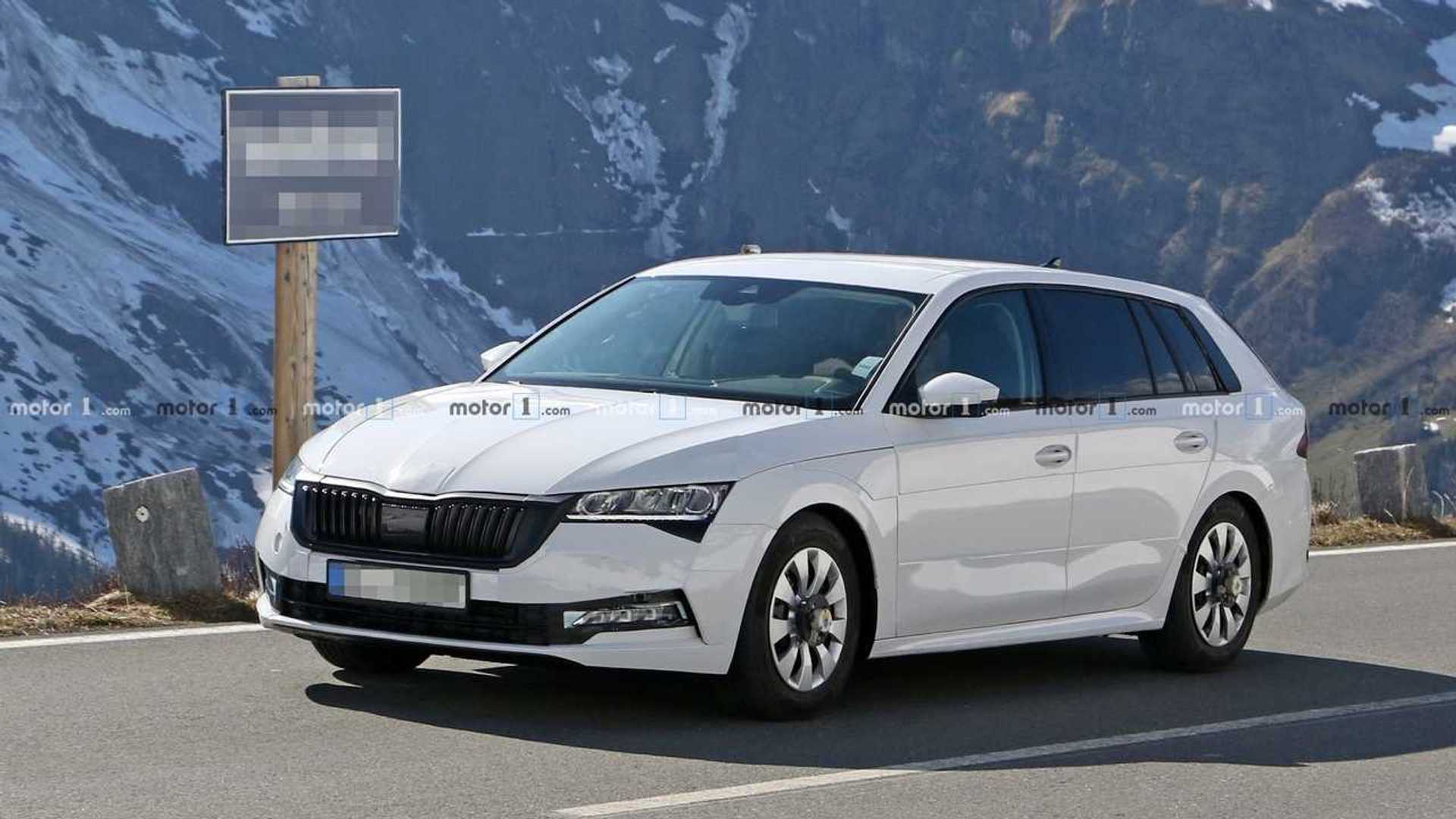 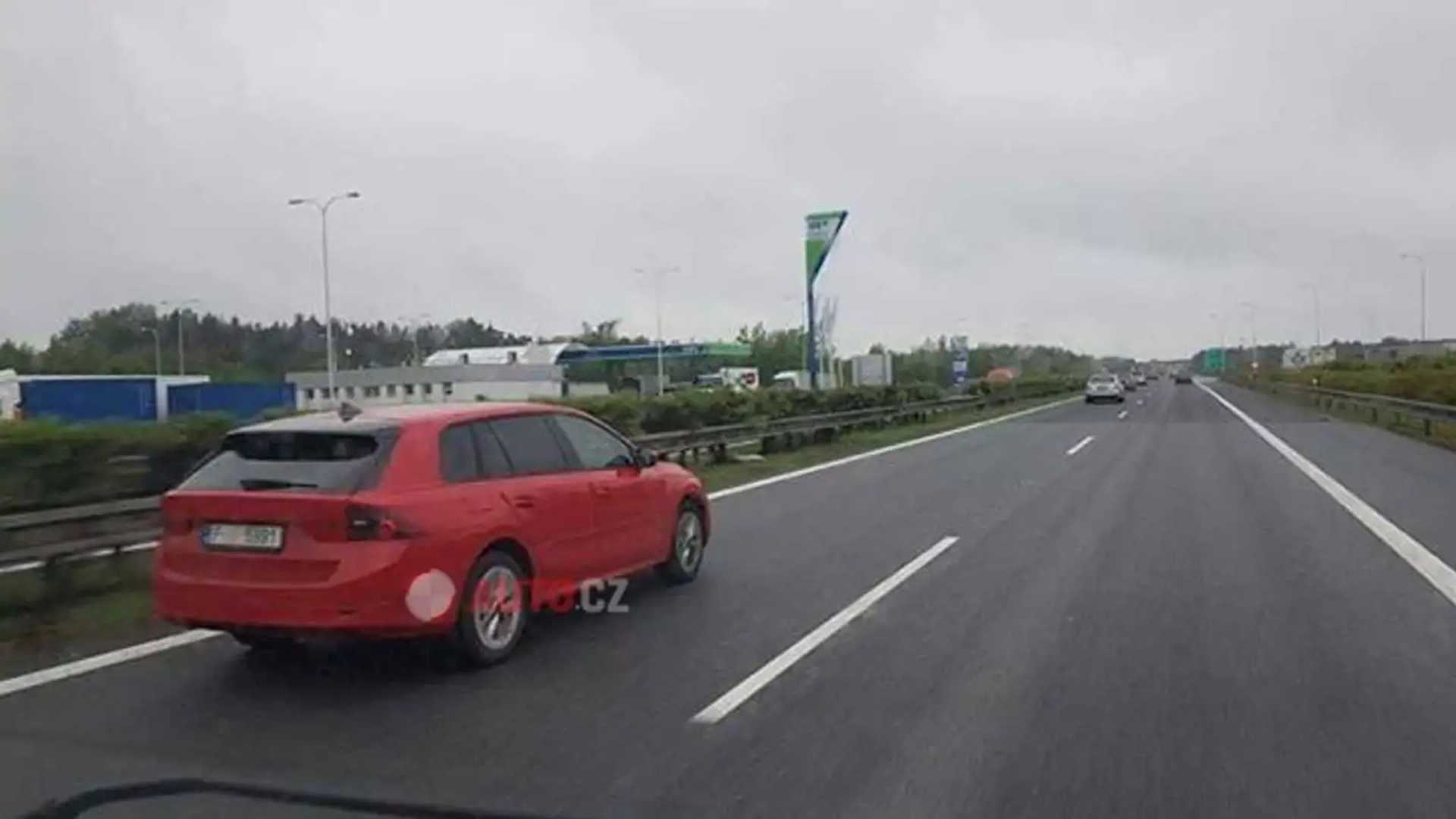 Celebrating the Octavia’s 60th anniversary, Skoda’s fourth iteration of its best-seller will be unveiled sometime this year together with the new wave of MQB cars: VW Golf, SEAT Leon, and Audi A3. When it debuts, the Octavia IV should get the familiar 1.0, 1.5, and 2.0 TSI gasoline engines along with the 1.6 TDI and 2.0 TDI diesels. Depending on the version, it’ll be offered with a manual transmission and a DSG, along with a choice between front- and all-wheel drive.

Eventually, there will be a new Octavia RS and it’ll likely have a hybrid powertrain to push output beyond the 242 hp and 370 Nm (273 lb-ft) available in today’s flagship RS 245 model.

See The Renders Based On Spy Shots: 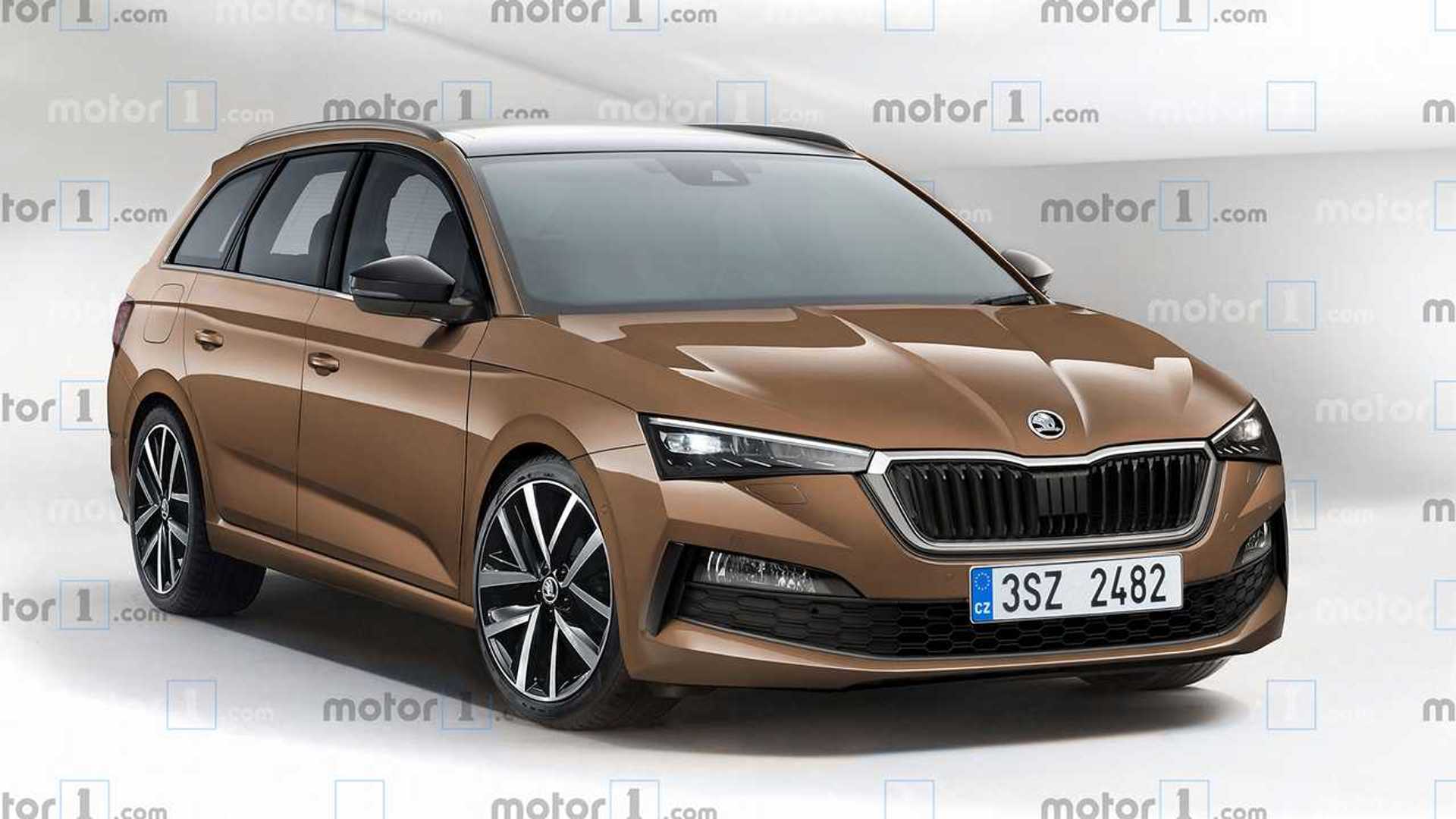 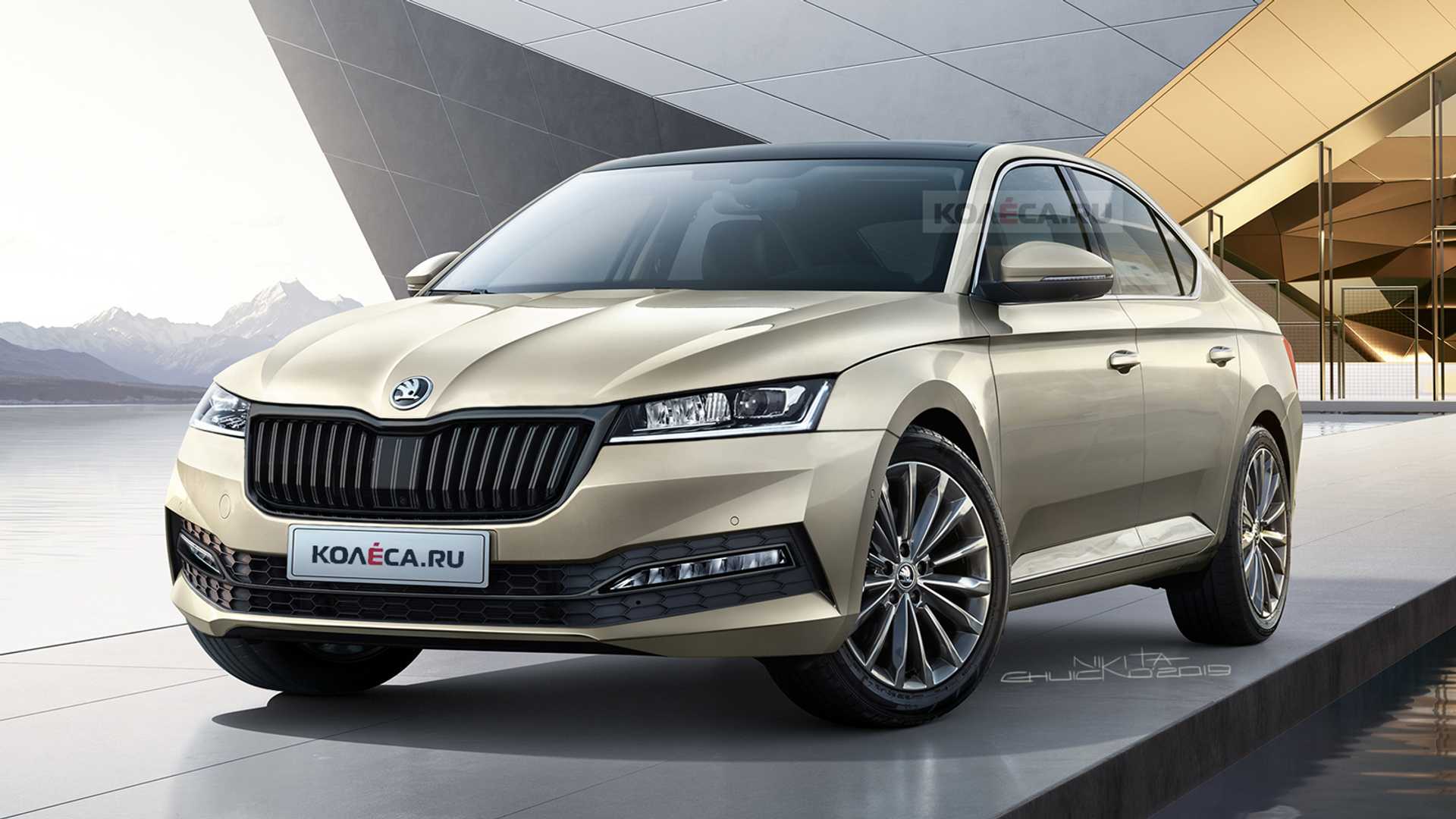 How Do Car Seats Fit in a 2019 Nissan Pathfinder?
Car Reviews