Tata Motors has released a new teaser video hinting the arrival of the BS6 compliant 2020 Tata Harrier SUV. The teaser video mainly highlights the fact that the SUV will come with an automatic transmission, with the caption – “Driving Pleasure Like Never Before”. Interestingly, this is also true in a non-dramatic way considering the Harrier never got an automatic version, which was one of its major cons, considering all its rival offered one, and the fact that a major chunk of car buyers in this segment preferred automatic. 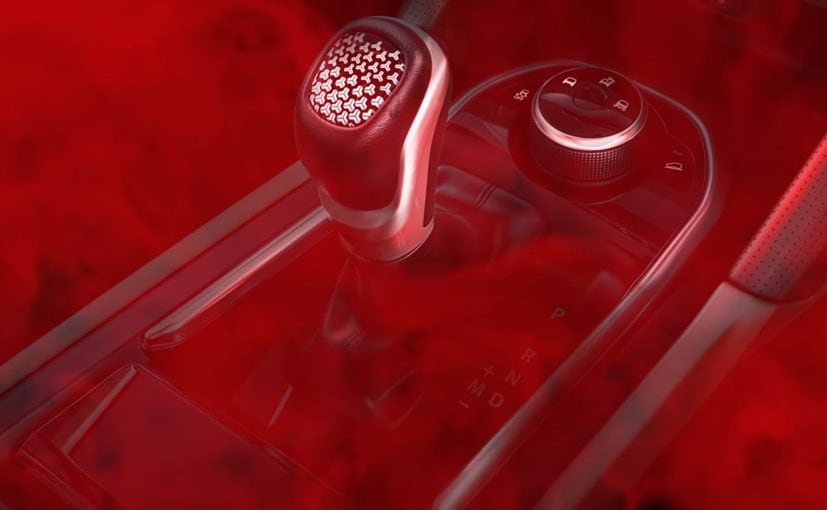 The teaser mainly reveals the new automatic gear lever which will come with a nice dual-tone black and silver treatment, wrapped in leather and the Tri-Arrow design on the head of the lever. We see the standard format of ‘P, R, N, D’ with a manual mode as well. While currently there is no update on the transmission, we believe it will be the same 6-speed torque converter that does duty on the Tata Hexa.

In the teaser video, Tata Motors also highlights the colour red in its theme, which is possibly an indication that the 2020 Harrier BS6 will come in a Red paint scheme. In fact, at the recent launch of the Tata Altroz, the company showed us a product video which also had a dual-tone Red and Black Tata Harrier, which in addition to the automatic transmission also came with a panoramic sunroof. The next teaser for the car might talk about the sunroof.

Currently, the Tata Harrier comes with a Fiat-sourced 2.0-litre, four-cylinder diesel engine that is tuned to churn out 170 bhp and 350 Nm peak torque, which comes mated to a 6-speed manual gearbox as standard.