Slap a cargo box on anything and it’ll sell well in the American market, but the reality is most pickups are overkill for consumers. That cognitive dissonance has led to improvement within the breed, so modern trucks are more comfortable, efficient, and capable than their predecessors ever were. We rounded up two different takes on the formula for our Motor1 2021 Star Award for Best Truck: the 2021 Ford F-150 and Honda Ridgeline.

To succeed in this category, our entrants needed to offer a strong dose of on-road comfort and space, and with average fuel prices hovering around $3.50 per gallon at the time of testing, we had to give some consideration to efficiency. However, both the F-150 and the Ridgeline are ultimately beasts of burden, so their ability to help owners get work done was important, too. Towing and payload capacity are important to truck buyers, but thoughtful storage solutions and clever features are bonuses that add to a pickup’s appeal.

Each competitor showed good problem-solving skills, but ultimately, it was the torquey, spacious, and highly capable Ford F-150 PowerBoost that took away top honors. In reality, the Honda Ridgeline is all the truck most buyers need, but during our week of testing, the F-150’s stout hybrid powertrain and phenomenal on-board generator system kept our cameras, video equipment, and computers powered up and recharged, even after several hours away from the home base. It’s not hard to see how such a feature might be incredibly useful in lots of different vocations and hobbies. Both trucks impressed us, but one clearly stood out above the other.

The 2021 Honda Ridgeline arrives to our test fresh off a series of minor updates that make it more appealing than ever. Its new front bodywork gives it a far more rugged appearance than the seemingly minivan-inspired Ridgeline that debuted in 2017. A few little tweaks to the powertrain also arrive for 2021 – a nine-speed automatic replaces a six-speed and all-wheel drive is now standard. Minor alterations to the interior and infotainment include revised color choices and a physical volume knob. Rest in peace, touch-sensitive sliders. You won’t be missed.

Those improvements make the Ridgeline an even more compelling, family-friendly pickup. It retains a standard in-bed trunk with 7.3 cubic feet of lockable, waterproof storage, and it also has drain plugs so you can fill it with anything from bags of mulch to ice and beverages. A dual-action tailgate can swing down or to the side, making it easier to push cargo further forward. The bed’s composite construction resists damage, and a bed floor with minimal wheelhouse intrusions improves cargo flexibility – 4×8 sheets of plywood rest perfectly flat. Our tester also boasted a 120-volt power outlet back there.

Furthermore, the cabin of the Ridgeline is more cosseting than any mid-size pickup, with plenty of space and some of the most comfortable front bucket seats on the market. Abundant in-cabin storage includes a massive center console cubby, a wireless charging pad near the shifter, and doors panels that accommodate cup and bottle holders and a few different-sized pockets. And on a twisty road, the Ridgeline is genuinely sporty, with accurate steering and good body control accompanying intelligent shifts from the transmission.

Of course, the Honda’s unibody construction and single-speed transfer case make it a bit difficult to push off-road boundaries, and the engine does feel a bit light on torque. Absolute limits are low, with 5,000 pounds of towing capacity and 1,509 pounds of payload hanging near the back of the V6 truck competition. Even so, the Ridgeline is a nice truck for folks who don’t need to tow or haul that much, with clever features maximizing its usefulness on everything from a daily commute or Home Depot run to a weeklong camping trip. We liked it so much we awarded it an 8.1 in our last test.

After undergoing a seriously comprehensive update for 2021, the Ford F-150 is better than ever, especially equipped like our tester. The headline-grabbing specs speak for themselves: A twin-turbocharged 3.5-liter V6 and an electric motor mounted between the engine and the transmission sends a prodigious 430 hp and 570 pound-feet to the wheels. And yet, the F-150 can also trundle around town under electric power alone, emitting nary a whisper except its synthetic pedestrian-warning sound. That hybrid powertrain makes for a solid 24 miles per gallon across the board, but it also enables one awesome trick that made our lives vastly easier.

Ford’s new Pro Power Onboard generator system comes standard on the hybrid, with 2.4 kilowatts dispersed between two 120V outlets in the bed. However, our tester carried the optional 7.2-kW system, which includes one 240V and four 120V plugs. We used the generator constantly, recharging our power-hungry camera equipment several times each day. Also handy was the truck’s optional Interior Work Surface, which folds the console shifter out of the way and flips the armrest lid forward to create a flat desk – perfect for drafting a quick email back to the home office while out at our mobile HQ.

While we didn’t test the pickup to its limits, Ford says a PowerBoost hybrid 4×4 like the truck we tested can tow a 12,400-pound trailer or haul 1,830 pounds of cargo, numbers that aren’t quite best-in-class among full-size trucks but should still meet most customers’ needs. And if you’re towing and hauling close to max, you’re probably better served by a ¾-ton truck anyway. Nevertheless, that amount of capability is plenty for a speedboat, camping trailer, or enclosed car hauler. And the F-150’s good road manners and compliant freeway ride should make it attractive to families who love to hit the road with their toys in tow.

If we had to complain about the F-150, we’d target the number on the window sticker. A stripped XL model starts at just under $30,000, but getting into a nicely equipped PowerBoost 4×4 like ours demands just over $70,000, and this truck wasn’t even fully loaded. There are three even more luxurious trim levels after our Lariat tester, meaning an $80,000-plus F-150 isn’t out of the question. Still, not many trucks can power a house during a blackout and exceed the city fuel economy of a small SUV, so the F-150 earned every fraction of its 8.7 score the last time we drove it.

Although we sampled the F-150 and Ridgeline on the same mountain roads as the rest of our competitors (and some of the trails our adventure vehicles traversed), we placed less of an emphasis on absolute performance. Every step of the way, our trucks needed to provide solutions to our unexpected problems, be that icing down our beverages and sack lunches or recharging a camera battery we forgot to plug in the night before. We also spent a lot of time in the cabin of the Ridgeline and F-150, both as part of our evaluation process and using them as mobile offices when the phone rang and the boss was on the other end of the line.

Somewhat surprisingly, our group’s discussion of the pickup category skewed far more toward how the competitors did when parked than on the road. Of course, we took the F-150’s prodigious torque and the Ridgeline’s nimble handling into account when picking a winner, as well as each vehicle’s adequate off-road performance. But when it came time to cast lots, our staff couldn’t ignore one vehicle’s productivity-enhancing features when at our proverbial jobsite. As much as all of us appreciated the Honda (its handsome new looks improve on what was already a very useful package), it was the Ford F-150 that took top honors in this test.

Our decision largely came down to one thing: We used the Pro Power Onboard system nearly every time we drove the F-150. Our photo and video team adopted the F-150 early in the week, allowing them to charge equipment on the fly instead of returning to our home base to plug in. And in spite of those long periods of time spent generating power, the hybrid battery ensured that the gas engine ran infrequently, allowing us to achieve about 22 miles per gallon over a week of testing.

Additionally, our four-person AV crew loved the F-150’s comfortable cabin, with abundant space for both front and rear passengers. Our tester’s heated and ventilated front seats were a godsend on our hot, dusty day on the trail, and Ford’s new Sync 4 infotainment is crisp, responsive, and nice to look at. A suite of active safety features comes standard on every F-150, while we enjoyed optional adaptive cruise control and lane-keep assistance in our week with the well-optioned Lariat.

Yes, it costs a fair amount of money to bundle all that convenience and capability in a pickup, but somehow, the F-150 seems worth the coin. It rarely disappointed and frequently delighted our staff, making it a fitting recipient of our Star Award for Best Truck.

Stay tuned for much more on the first annual Motor1.com Star Awards. As always, we welcome your feedback at [email protected] 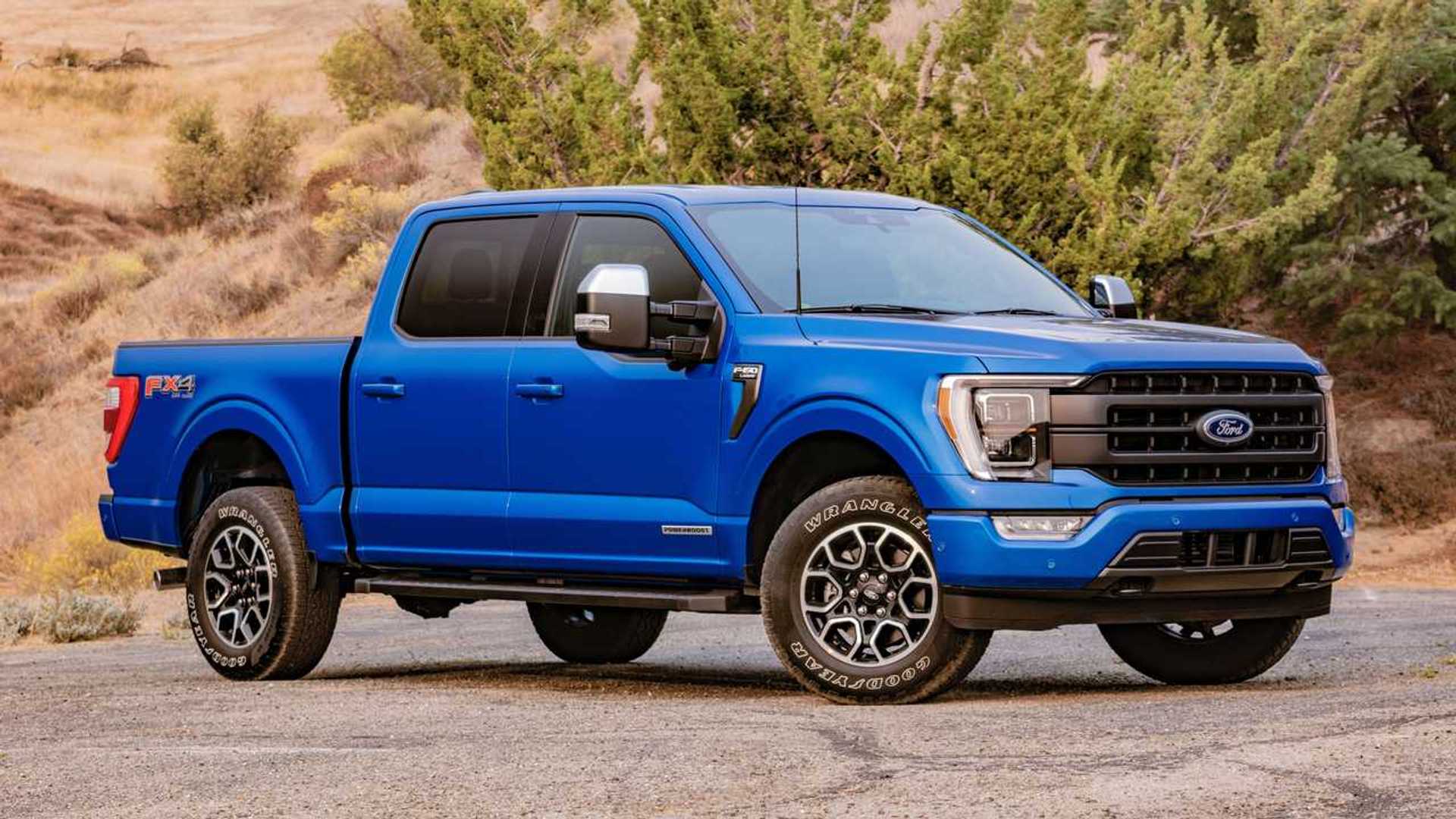 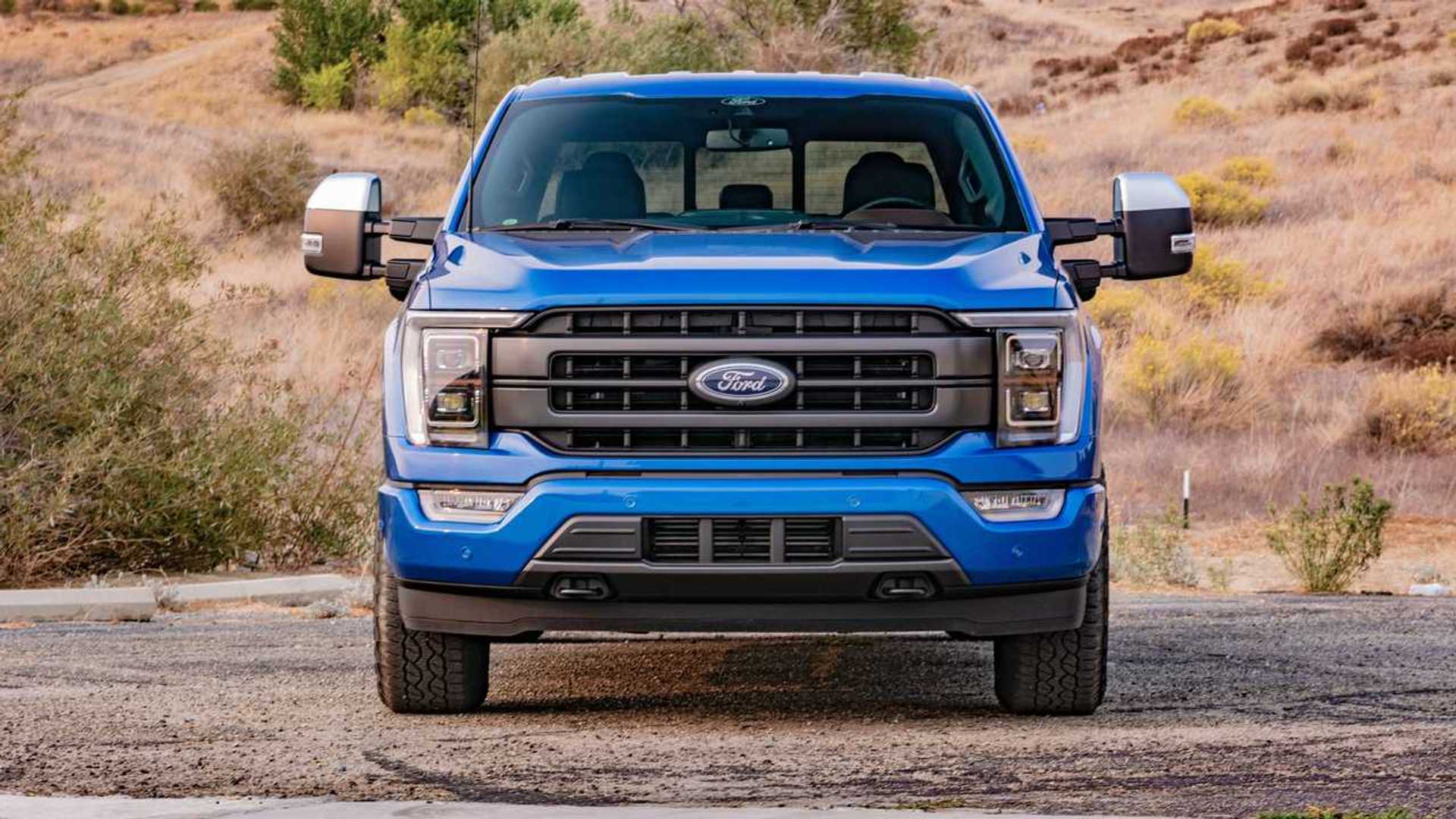 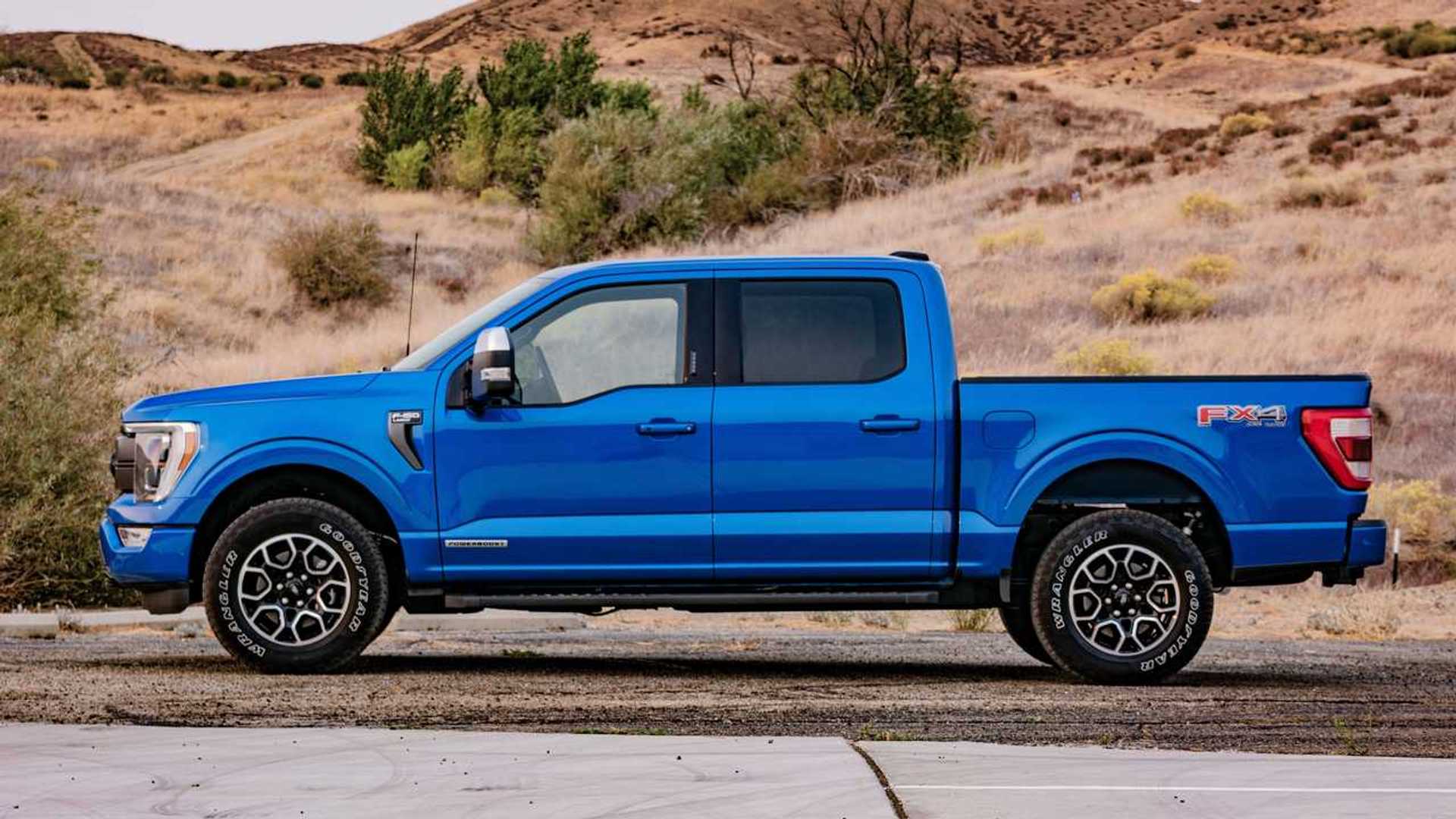 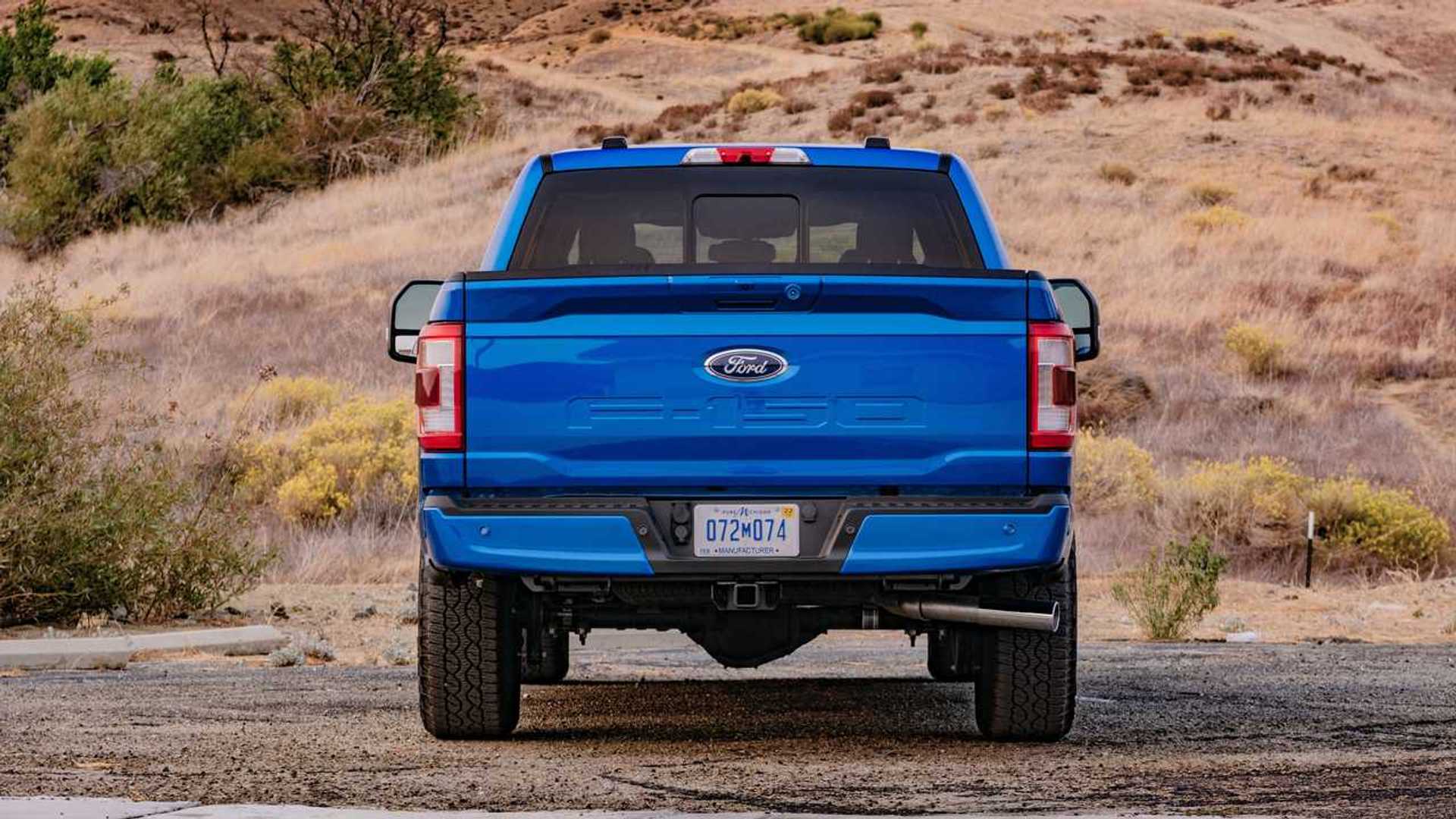