A mid-cycle refresh addresses our biggest complaint about the luxury SUV.

Lincoln will give the 2021 Nautilus a rather extensive mid-cycle update, but if you’re expecting broad changes to the exterior styling, you’re going to be disappointed. Indeed, the SUV looks nearly identical on the outside to the 2019 Nautilus, itself a cosmetically enhanced and renamed version of the 2016–2018 MKX. But miniscule alterations to the sheetmetal hide a drastically revamped and restyled interior.

Now featuring the “coast-to-coast” dashboard design that debuted on the Navigator and spread to the Aviator and Corsair, the Nautilus finally looks like a modern Lincoln – before, it sported the same generic interior as its MKX predecessor. Aside from the stylish, contemporary passenger cabin, the new Nautilus receives a squint-or-you’ll-miss-it revised front bumper and an updated infotainment system running Sync 4 and incorporating over-the-air updates.

Reflecting the brand’s new “Quiet Flight” design ethos, the 2021 Lincoln Nautilus boasts an all-new interior design that does away with the sloping, cowl-like waterfall of the existing SUV in favor of horizontal lines that span the width of the cabin. A standard 13.2-inch horizontal touchscreen headlines the dashboard, operating on Ford’s latest infotainment system, Sync 4. The system works very well in other products we’ve sampled, and for the Nautilus, it’s been suitably restyled for Lincoln duty – the dark blue and orange design theme, called Constellation, mimics the appearance of the horizon at sunset.

The aforementioned touchscreen sits in an attractive nacelle above the center air outlets, which themselves are reshaped into thin, broad rectangles that sit in a polished accent piece that spans the dashboard. Lincoln-signature piano key shift selector sits on the dash face, just below the air outlets and infotainment display. The center stack, now separate from the dash and resting at an oblique angle, incorporates a wireless charging phone cubby and hard buttons for the audio and HVAC controls. Two open bins – one under the console and the other below the center stack – provide more room for purses and other travel accoutrement.

As before, the Nautilus will be available in top-spec Black Label form. Lincoln will offer two different design themes, Chalet and Flight. The former gets appropriately named Espresso and Alpine leathers (think dark brown and greenish gray), with Silverwood trim on the dashboard and center console. Flight, which will be available some time after the Nautilus launches, should continue with the Luggage Tan and black leathers found on the similarly named Aviator Black Label theme. 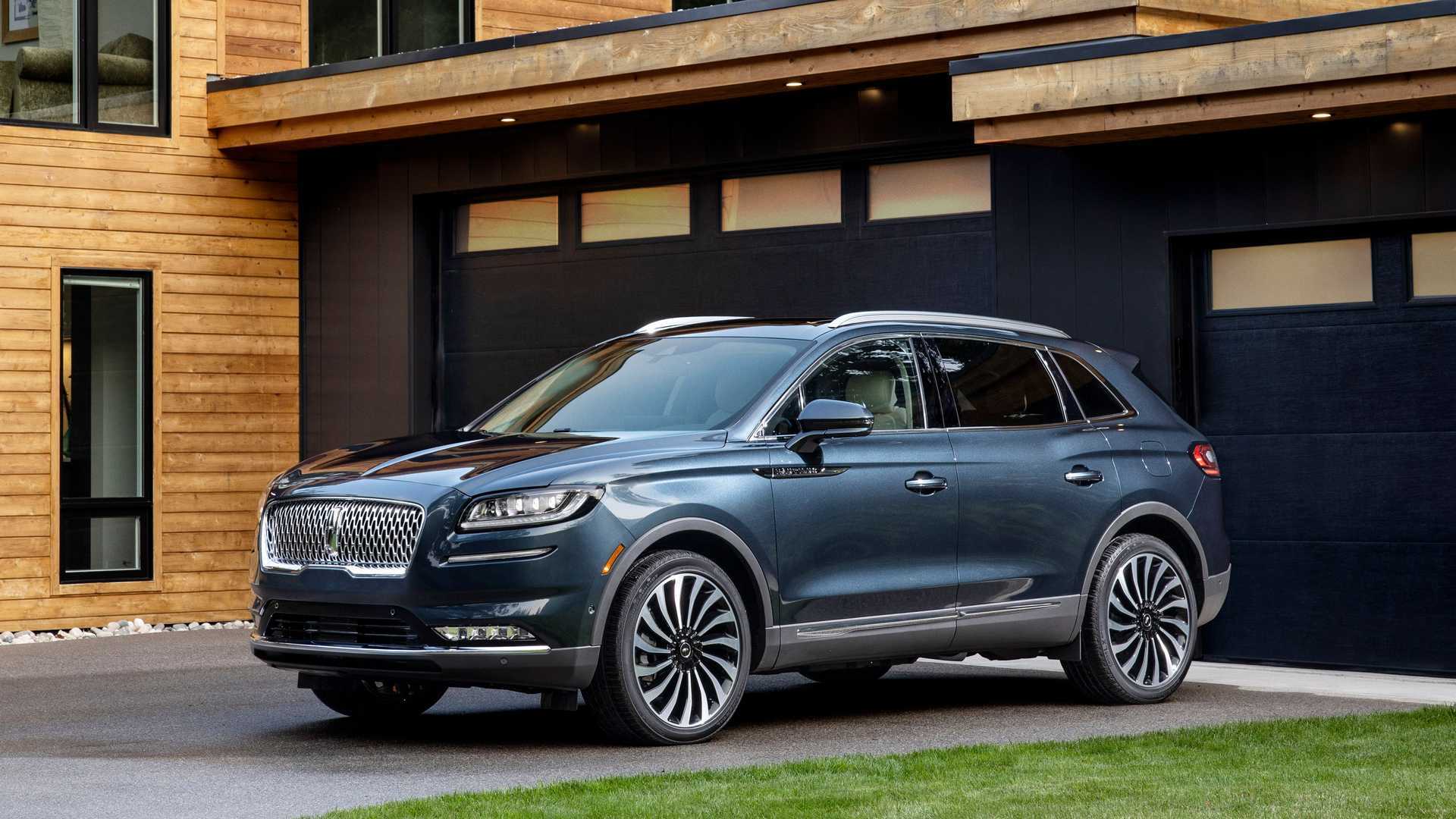 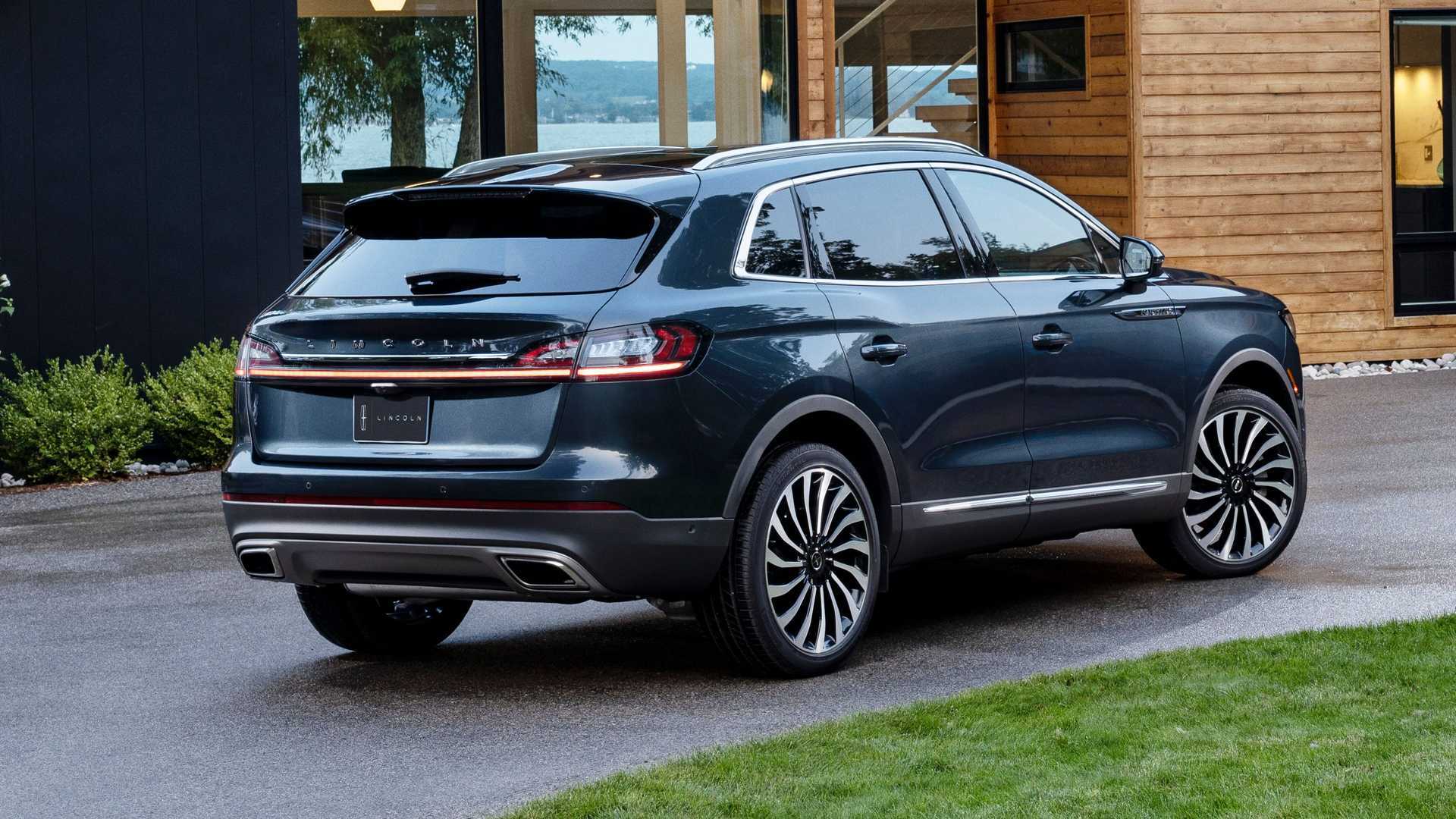 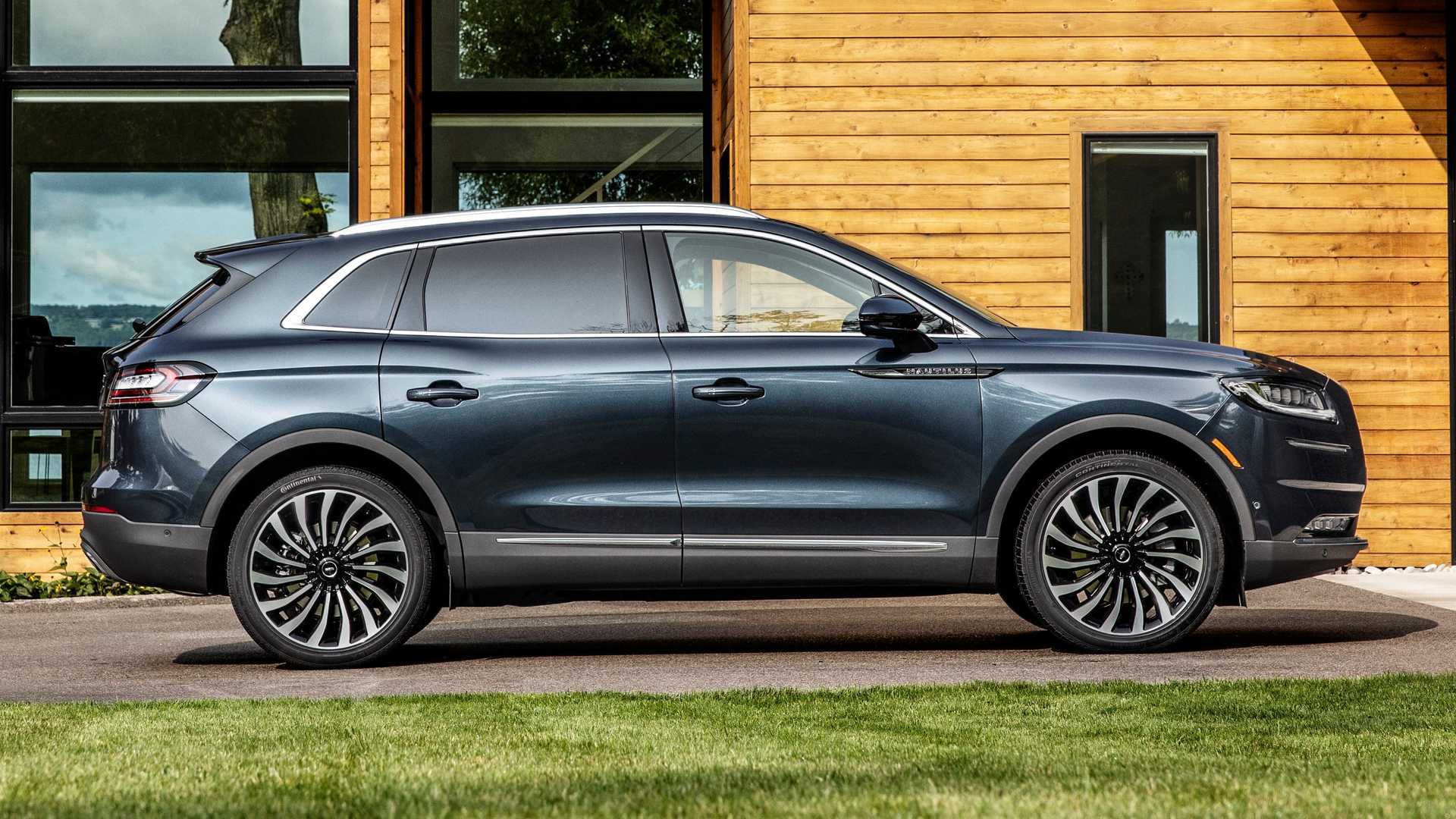 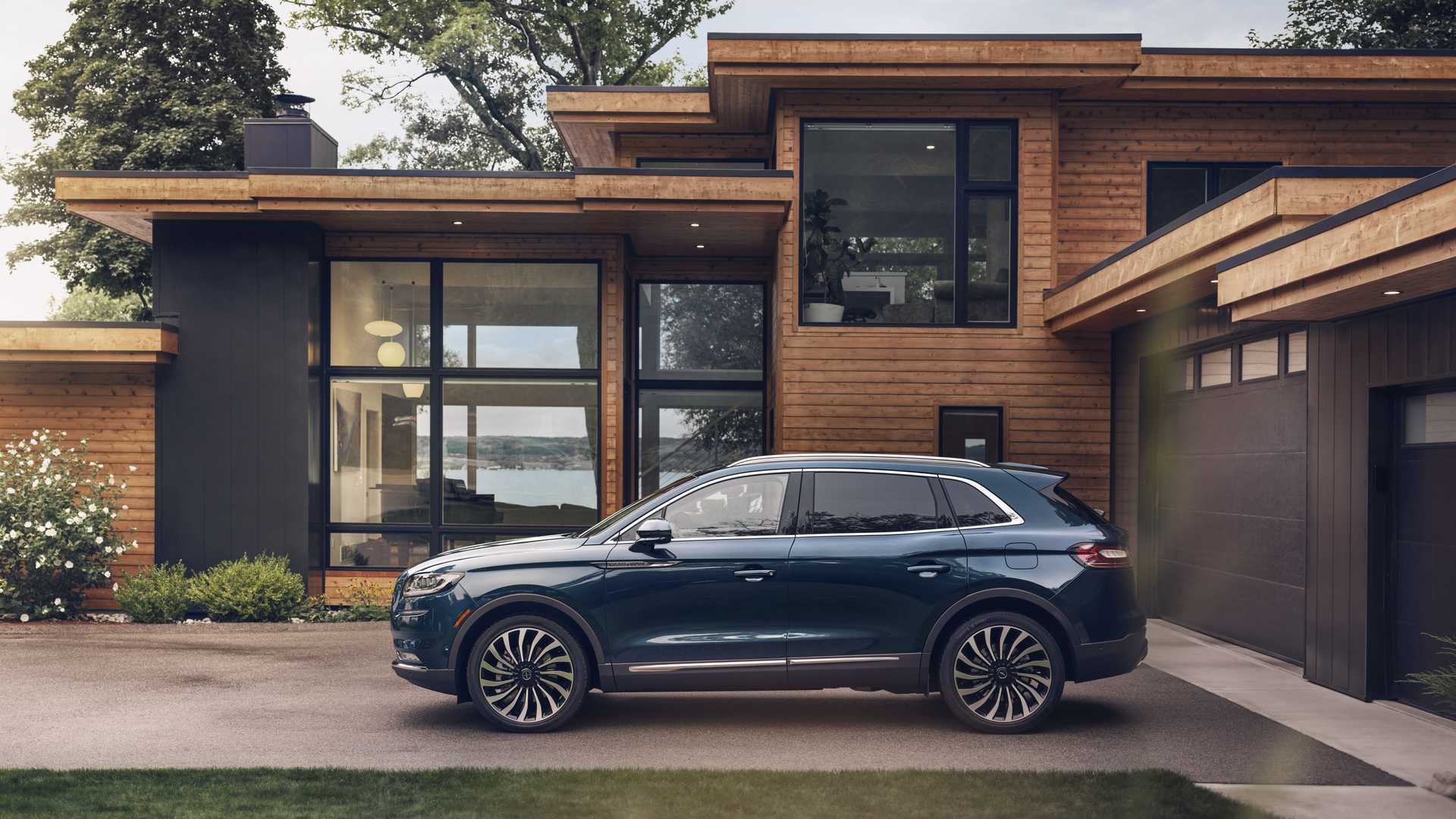 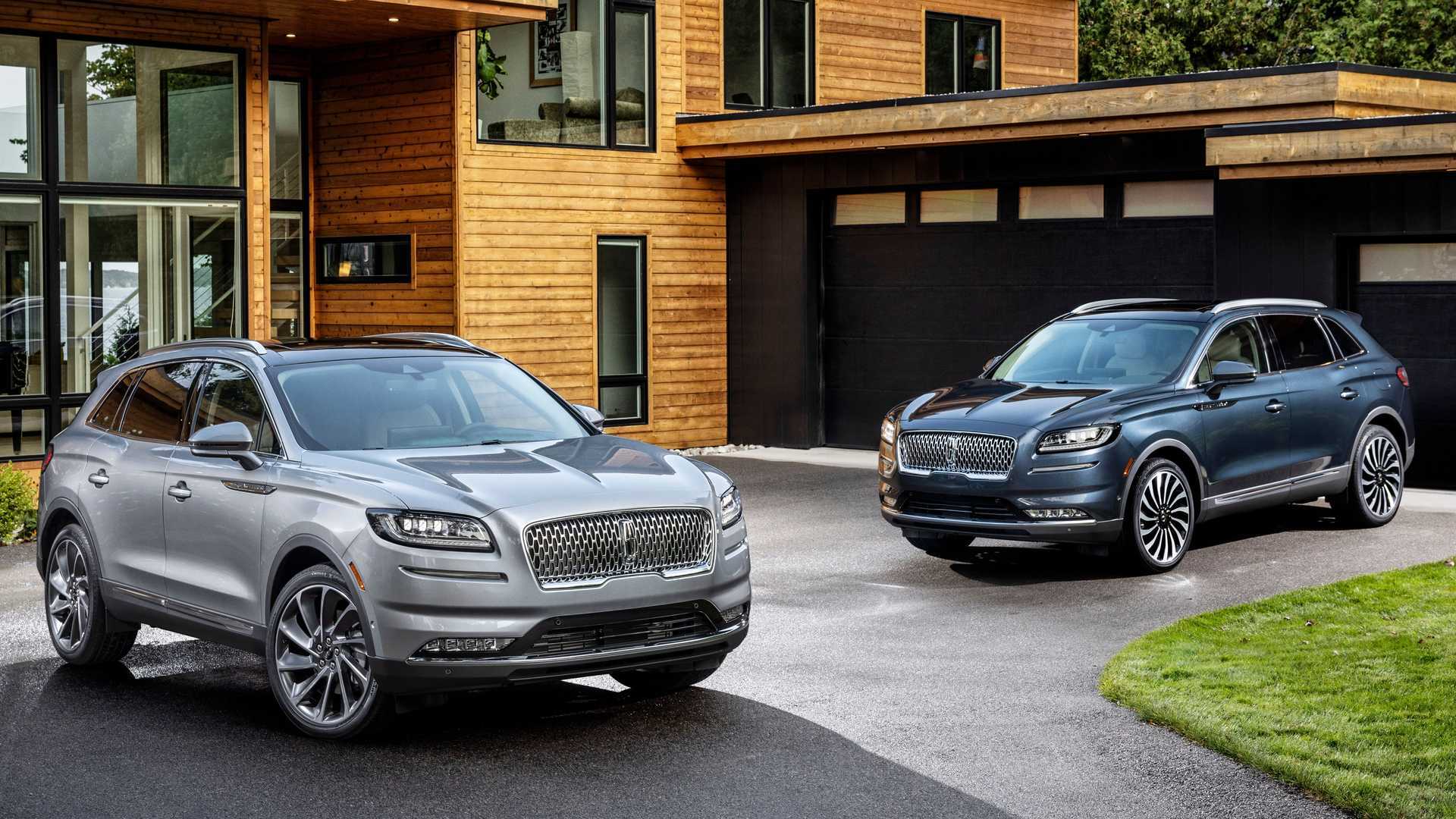 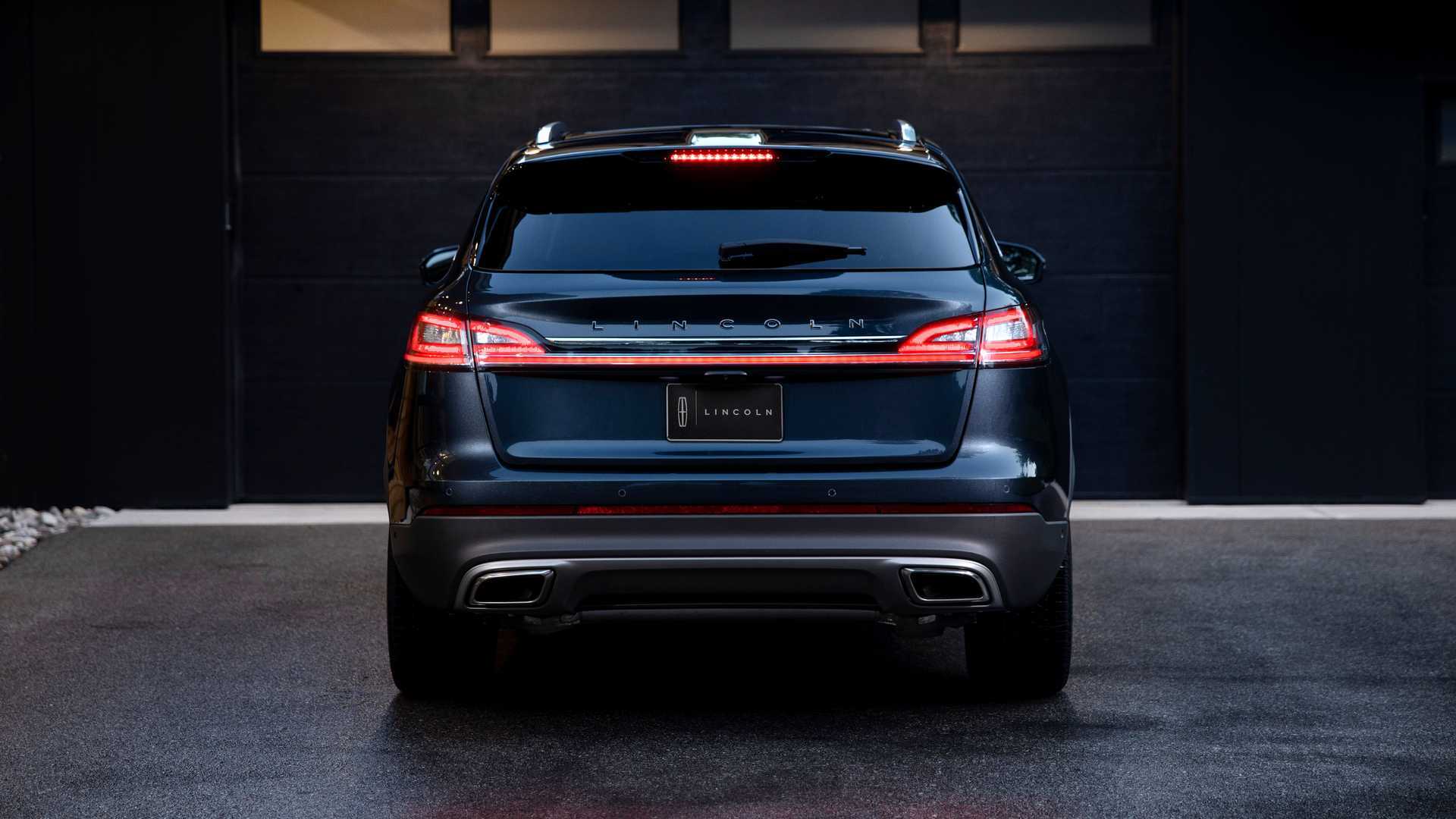 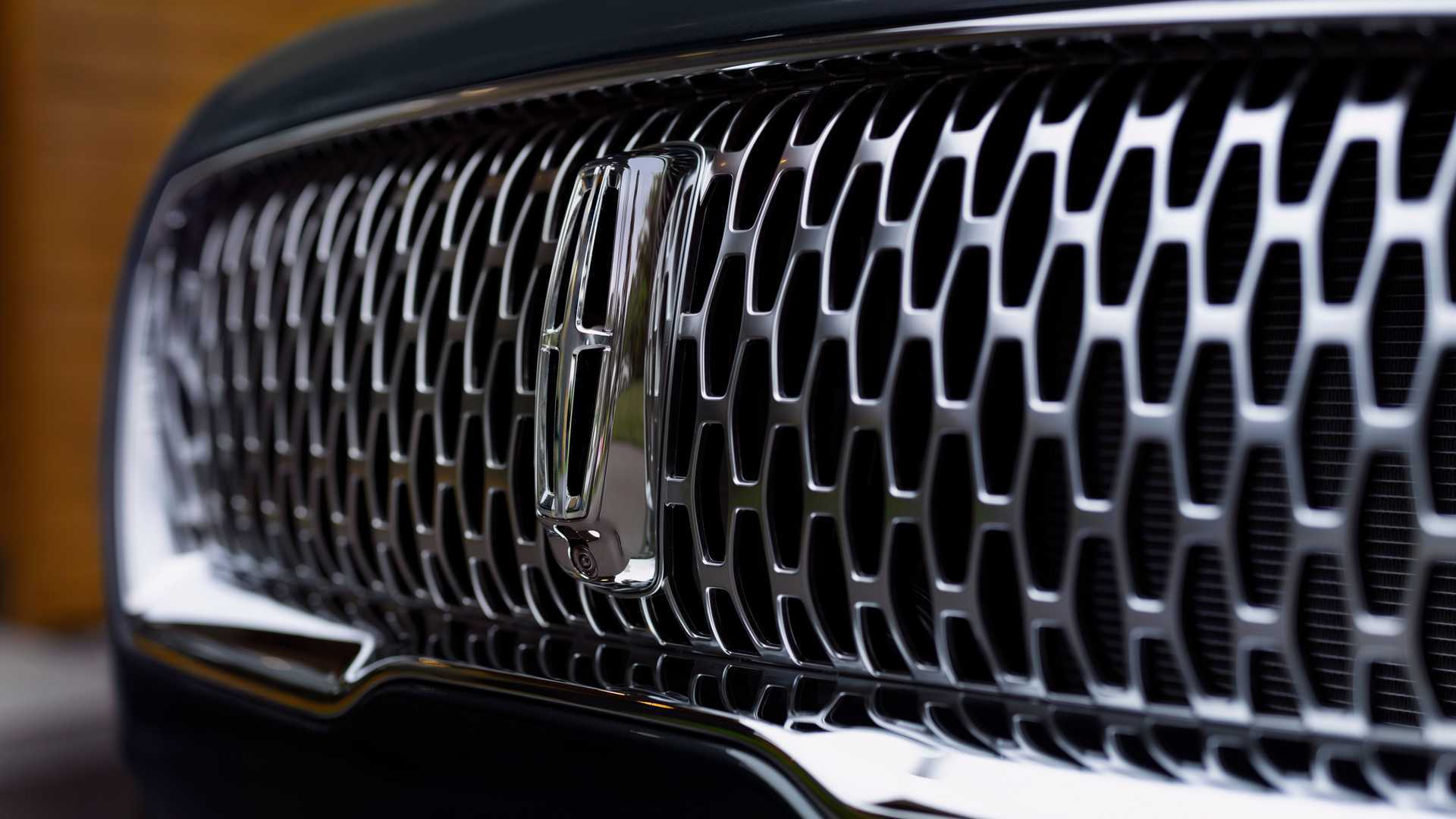 Don’t Call It A Facelift

Exterior-wise, there isn’t much to say about the revised Nautilus. The front bumper now wears a single strip of chrome between the lower intake and air dam, replacing the more complex flourishes of the outgoing SUV. Aaaaaand… that’s it. Other than that, the 2021 Lincoln Nautilus’ exterior is indistinguishable from its immediate predecessor.

Lincoln says the carryover powertrains for the 2021 Nautilus give it “smooth, gliding power.” That’s definitely true of the optional, twin-turbocharged 2.7-liter V6, which boasts 335 horsepower (250 kilowatts) and 380 pound-feet (515 newton-meters), routed to standard all-wheel drive. However, the base engine, a 2.0-liter turbo four, should be adequate as well, making 250 hp (186 kW) and 280 lb-ft (380 Nm). Both feature idle stop/start and mate to an eight-speed automatic transmission, with the four-cylinder offering front-wheel drive standard and all-wheel drive as an option.

Built at Ford’s Oakville, Ontario, plant, the 2021 Lincoln Nautilus will arrive at dealers early next year, with a price that hasn’t been confirmed but should rise slightly compared to the 2020 model’s $41,040 starting point. Interested (or curious) parties can view a 360-degree walkaround at Nautilus2021.com, giving folks a socially distant opportunity to check out the revised SUV.

AD: Last chance to enjoy the tax holiday with a new Audi – Euromobil is adding on 5 years of free service! – paultan.org