It’s our first look at the range-topping Fabia IV.

The current Skoda Fabia still excels when it comes to practicality, but it’s considerably outdated compared to the newer VW Polo and SEAT Ibiza in terms of technology and design. The Czech brand will be addressing these issues soon as the all-new Fabia is going to debut in the following months. Meanwhile, our spies have stumbled upon a couple of prototypes cleverly concealing their production bodies.

Both white and red hatchbacks have body-colored fake panels to hide the actual sheet metal in a neat (yet frustrating) camouflage technique the Volkswagen Group has been using to mask their prototypes for several years now. It’s a similar story with the headlights and taillights as the clusters have stickers mimicking the design of the optional LED lights available for the outgoing Fabia III. 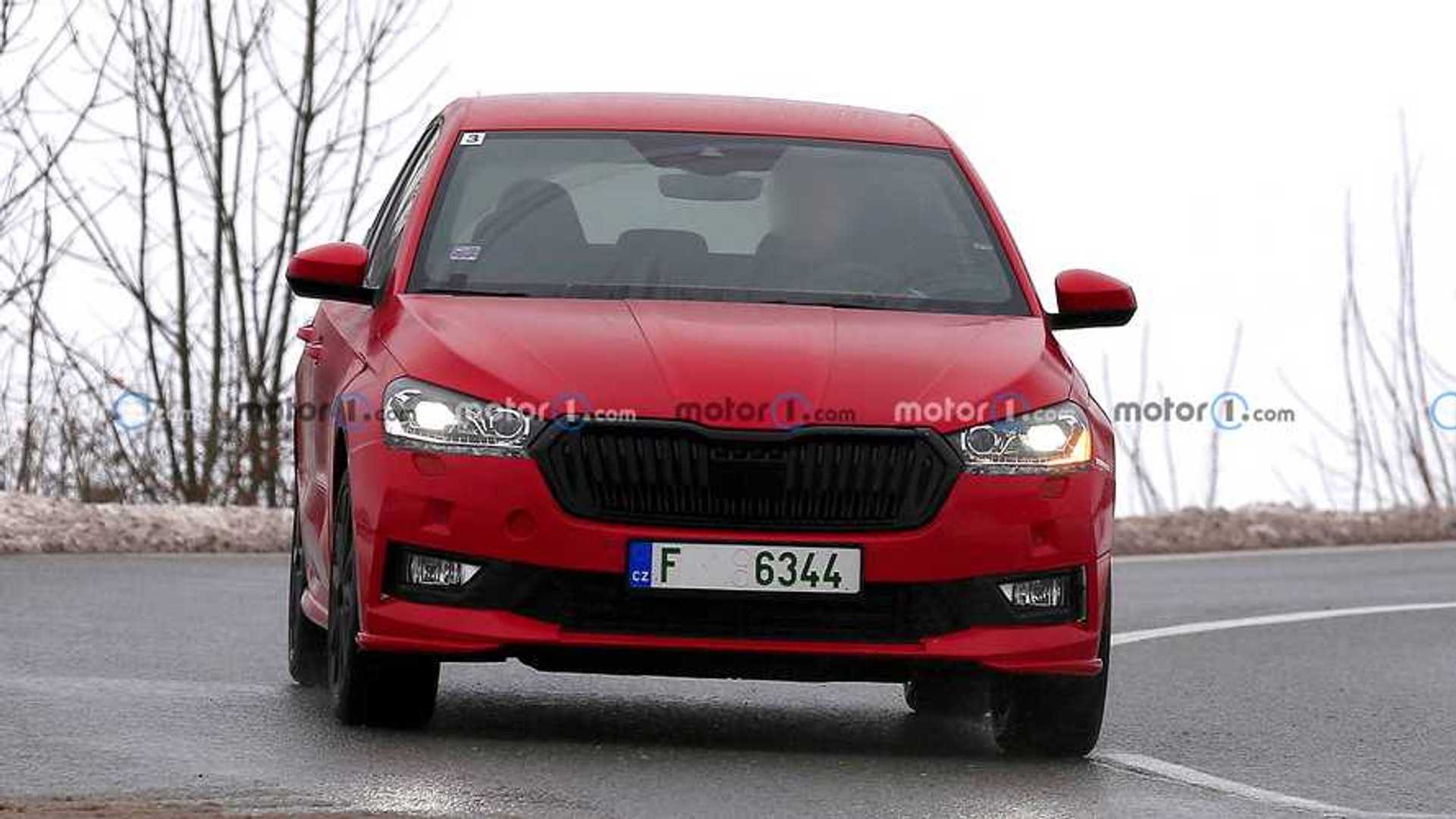 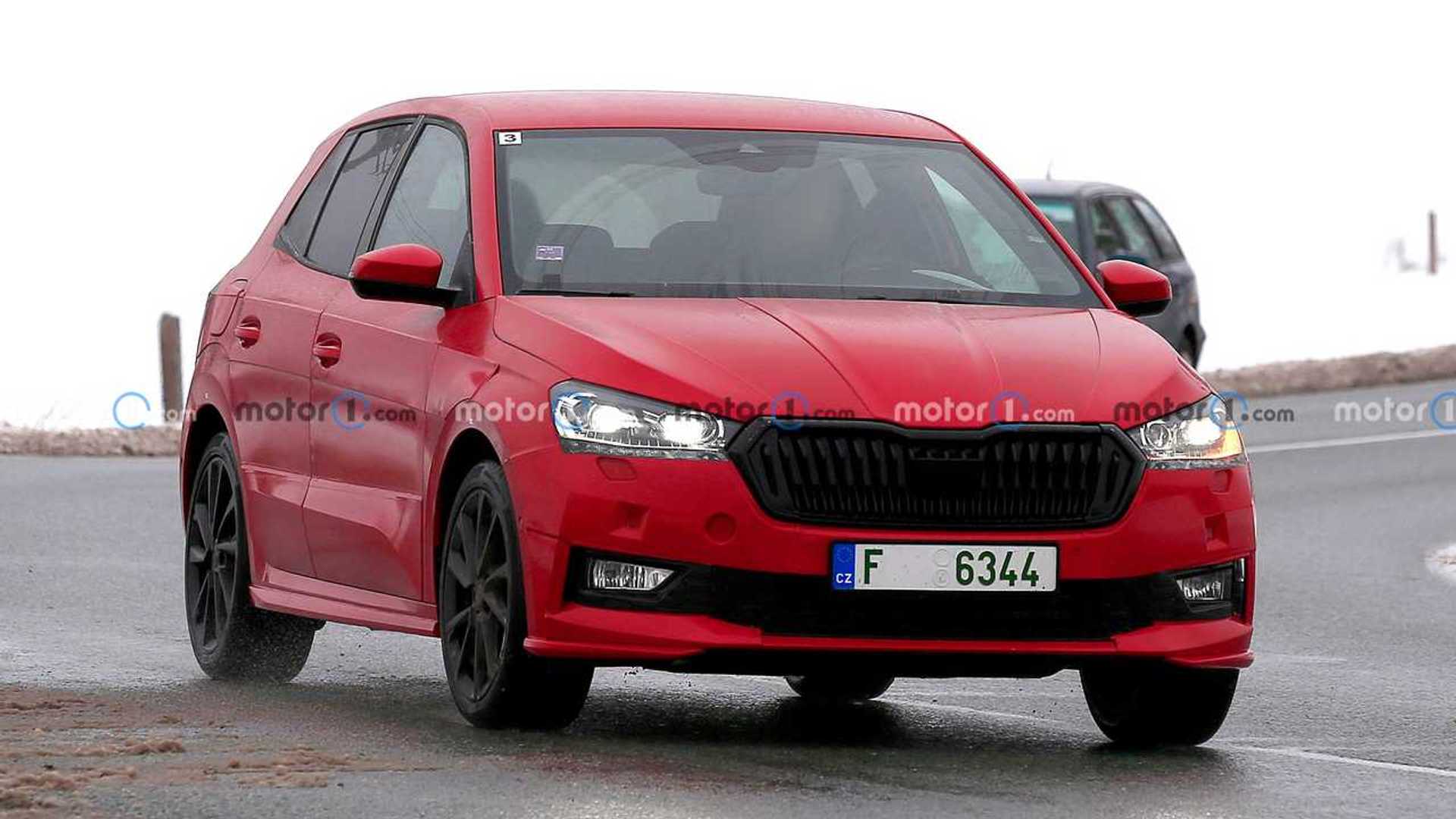 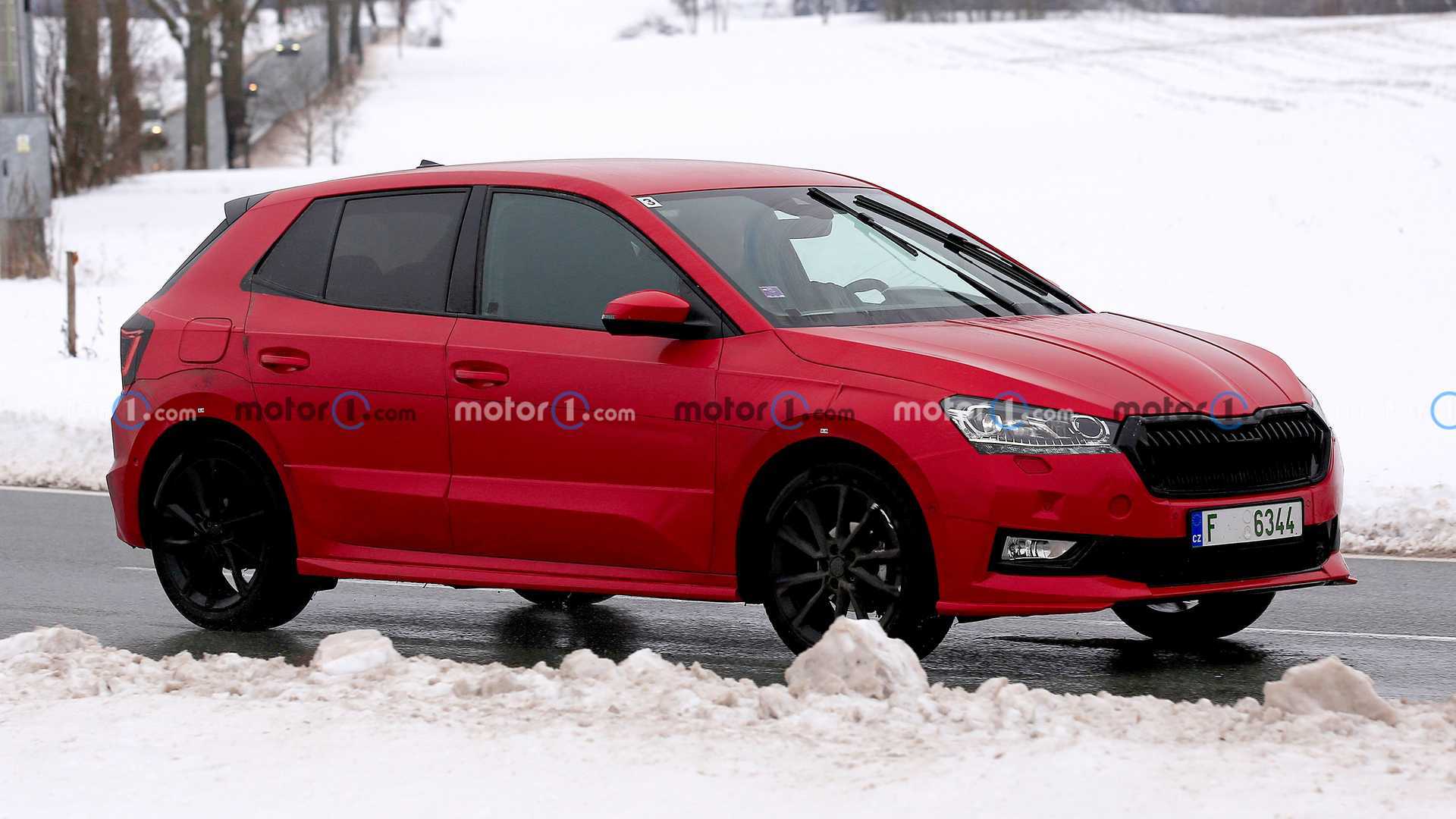 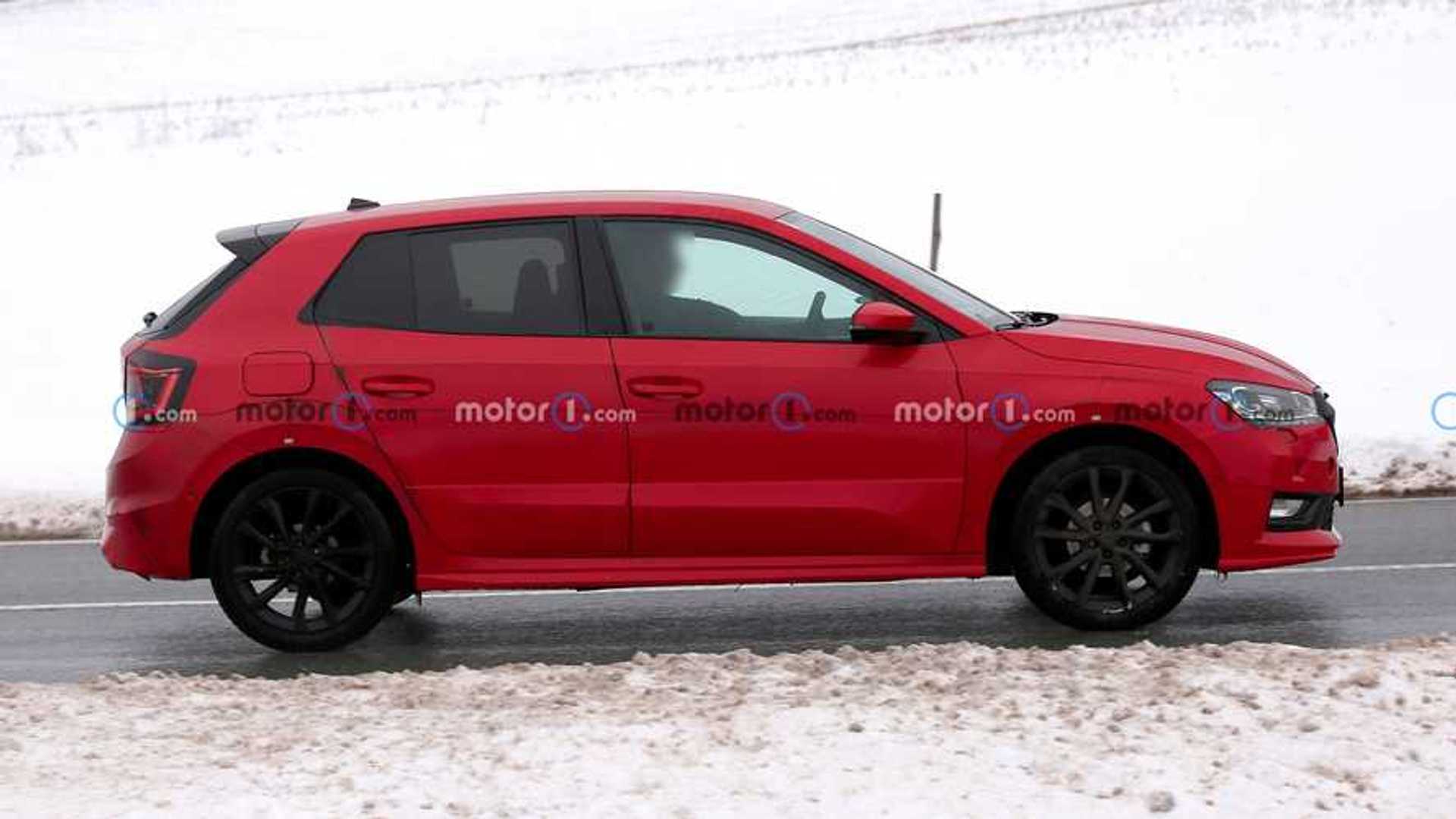 You can observe the headlights are actually quite different as the daytime running lights consist of an uninterrupted light bar whereas the current Fabia has four separate LED dots. At the back, the light signature is much sharper now and it continues on the tailgate – a first for the supermini. It would appear the next-gen model has grown in size judging by the four parking sensors as opposed to the three you get now on the small hatchback.

Overall, we’re getting the feeling the Fabia has a more mature design and has finally caught up with its MQB A0 supermini siblings. It doesn’t look particularly exciting, not even in the Monte Carlo specification, but that’s because the pesky camouflage is playing tricks on us. You can easily tell the white prototype is a cheaper version by the drum brakes at the back whereas the red one has discs.

We’ve heard through the grapevine the RS hot hatch won’t return after being canceled with the discontinuation of the second generation. The most powerful Fabia III was a limited-run special edition inspired by the Fabia R5 rally car, but with only 125 hp on tap – a far cry from the 180 hp offered by the gasoline-fueled Fabia II RS.

The silver lining is the Monte Carlo pictured here could evolve to become something more than just an appearance package. That said, it’s expected to utilize the same engines as the standard Fabia, meaning customers will be stuck with the turbocharged 1.0-liter gasoline unit. It would be great to see the VW Group’s 1.5 TSI, but we’re afraid you’ll have no other way but to step up to the fancier Ibiza, Polo, or A1.

Unlike all of those VAG cars I’ve mentioned, the Fabia IV will also be offered as a wagon. In fact, it will actually be the only model of its kind in Europe’s B-segment. However, it won’t arrive together with the hatch later this year because Skoda wants to wait until late 2022 before it kicks off sales of the long-roof model. Seeing the glass half full, the current Fabia Combi will soldier on until then.