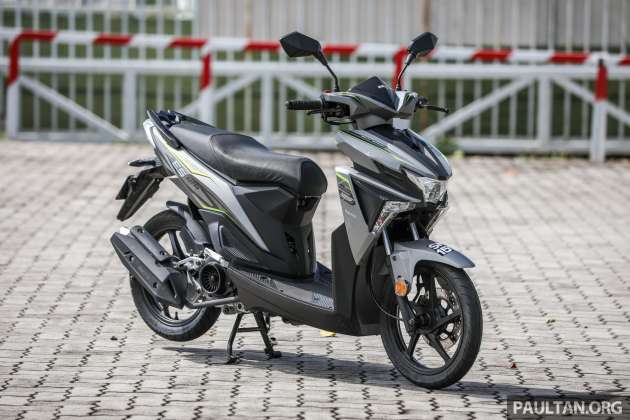 For Malaysia, budget motorcycles and scooters have a place in the transport eco-system and things don’t get more cost conscious than the 2021 WMoto Ecospeed ES125, priced at RM4,588. Some of you might be asking, “doesn’t Mohan only do the big bikes and fast machines?”

Well, let’s set the record straight, if it has two wheels and engine… sometimes three… you can bet your last Ringgit the author will be on hand to review it, assuming the local distributor has a review machine available. So, it doesn’t really matter, big, small, fast, slow, expensive, budget and anything in between, if we get the chance, there will be a review.

Which brings us to the ES125 with the name Ecospeed denoting things are biased towards the rider wanting value for money transport. And transport it what it is, considering the sometimes lacking public transportation system in this country where road design is biased towards cars. 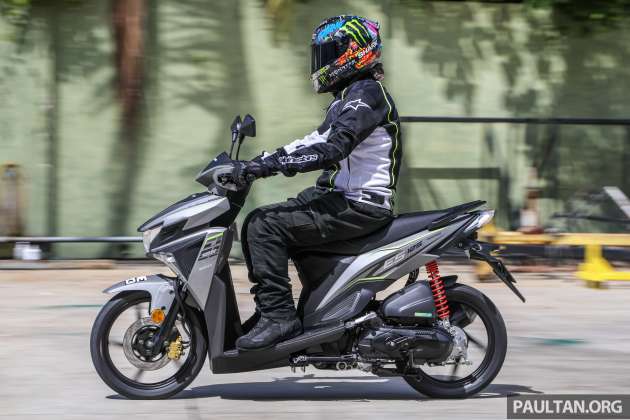 No shortage of choices then, especially for the rider wanting to spend something around the RM5,000 price point. But is this essentially made in China scooter cut out to do the job? 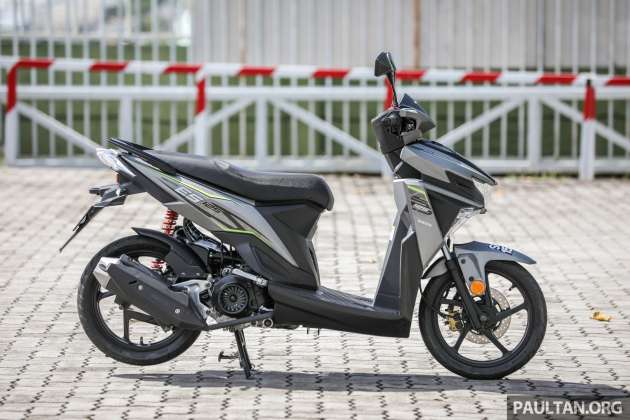 First look at the ES125 shows typical scooter styling, intended for the younger rider. A step-through design like the BeAT and Ego Gear, the ES125 is a unisex design with skirted riders able to mount the scooter whilst preserving modesty.

Getting on, the low seat height of the ES125 means any rider is going to fit, with the broad floorboard allowing for feet to find space. The seat itself is cut a little narrow for shorter legged riders to get a foot down.

Reach to the handlebars is a little short, designed for riders below the 1.6 meter mark. There is room in the seat to scoot back a little to make yourself comfortable at the expense of decreasing pillion space but taller riders are usually heavier and a bigger scooter would be more suited.

Scooters for the budget end of the market being what they are, you won’t be expecting neck snapping performance, of course. The 118.8 cc air-cooled, single-cylinder delivers 8 hp at 7,400 rpm and 9.5 Nm of torque at 6,000 rpm. This is perfectly adequate for the ES125’s intended purpose, short trips in urban areas and anyone saying, “oh, that’s too slow,” we suggest spending more money and looking elsewhere.

So, despite all 8 hp going through a CVT gearbox and belt drive, things on the ES125 are, surprisingly, fairly quick. Setting off from the traffic lights, the ES125 builds speed in a reasonable manner, reaching its maximum of about 100 km/h, enough to keep pace with other vehicles on city streets.

With speed building quickly to about 65 km/h and a little leisurely thereafter, bear in mind the ES125 is not built for the toll highways. So, the ES125 has its environment, and discretion should be exercise when traffic gets faster paced, such as on multi-lane roads. 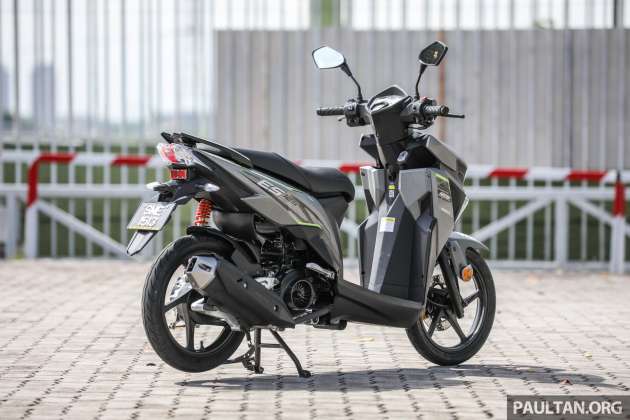 Handling wise, with the ES125 rolling on 14-inch wheels front and rear, is stable and predictable. There was no hint of nervousness in the handlebars when reaching the ES125’s maximum speed though the bars were a little twitchy at takeoff, the sensation disappearing as the front wheel gained momentum.

For braking, the ES125 performed adequately within its class, the braking system with hydraulic disc front and mechanical drum rear serving to haul speed down quickly and with no hint of drama. Brake feel at the levers was, to use that word again, predictable and while the ES125 won’t be winning any stoppie trophies, the rider will not find this scooter wanting in terms of braking power.

The ES125 weighs in at 95 kg dry, within the norm for a scooter in this class, call it 100 kg wet. With a low seat height of 745 mm and the step through design, the any rider, especially those a little shorter in stature, will be able too manage the ES125.

Rider conveniences for the ES125 include most of the items a scooter rider takes for granted, including LED headlight and DRLs. Two storage compartments are found inside the front cowl, with one containing a USB charging port for the rider’s electronics.

Under the seat, a 9-litre storage compartment is something we feel is on the small side of things, just big enough to contain a thin rain coat, small miscellaneous items and not much else. If you intend to use the ES125 as a daily commuter, strongly consider adding a top box and rack to increase storage space.

Also on the small side of things is the 3-litre fuel tank, located under the seat. Small as it is, with the ES125’s intended use as an inner city commuter a prudent rider using a gentle hand on the throttle should be able to get close to 100 km of travel before needing to fill up. 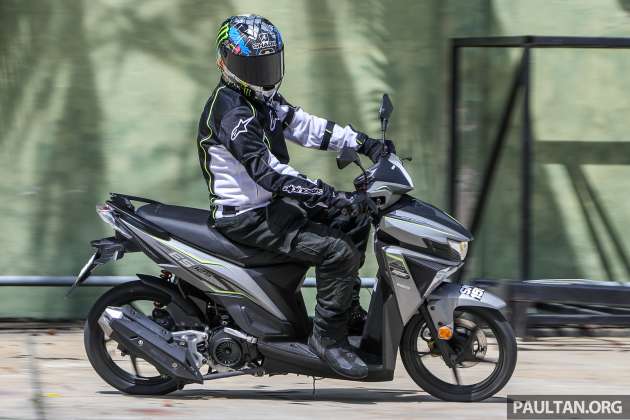 So, who needs a WMoto ES125, which comes in three colour options – in red, black or grey – while the Special Edition is available in turquoise? The rider for the ES125 will be the young rider with a fresh licence with budget considerations, or the rider wanting a value-for-money city runabout.

The affordability of the ES125 counts in its favour and there is a lot to be said for a minimal fuss, easy to ride scooter for those short trips in and around the neighbourhood or heading to school/college and back. There are many choices at this level of the scooter market in Malaysia and we feel the ES125 is worth consideration.