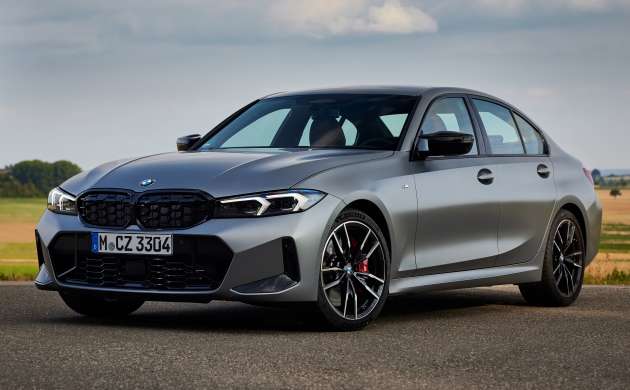 BMW has released additional images of the 2022 3 Series facelift after unveiling it in May, with interior and exterior revisions. The G20 LCI sedan was revealed alongside the G21 Touring (wagon).

As for the front grille, it didn’t get bigger but is now more octagonal in shape. With the M340i xDrive, the front grille gets a mesh design, trapezoidal exhaust tips, an M rear spoiler, and M exterior mirror caps. The model in the images is dressed in M Sport apparels and as such, the central opening on the front bumper is now larger with L-shaped sections at both corners.

Moving to the back, the rear bumper features a larger diffuser, with up to 100 mm exhaust tips depending on engine variant. The taillight design with L-shaped graphics remains unchanged.

The M Sport package also offers 18-inch M light-alloy wheels, M Sport suspension, and variable sport steering. As for the M Sport Pro, the kit adds black accents to the exterior and M Sport brakes with red calipers. Without the M Sport package, the facelift 3 Series projects get a smaller centre opening on the front bumper with larger inlets on each side. The rear also looks more subtle, with horizontal reflectors replacing the T-shaped trims from before.

Inside, the new BMW Curved Display is by far the most noticeable change. It features a 12.3-inch digital instrument cluster, next to a 14.9-inch infotainment display that’s powered by the BMW Operating System 8. To accommodate the new Curved Display, the centre air vents are now slimmer, while the tiny air-con control display has been removed. Eagle eyed readers will notice that the 3 Series’ interior design was inspired by the BMW i4.

The air-con controls are now integrated into the touchscreen, leaving only physical controls for volume, hazard lights and demisters. The centre console does not differ much from before although the conventional gear shift lever has been replaced with a toggle switch. 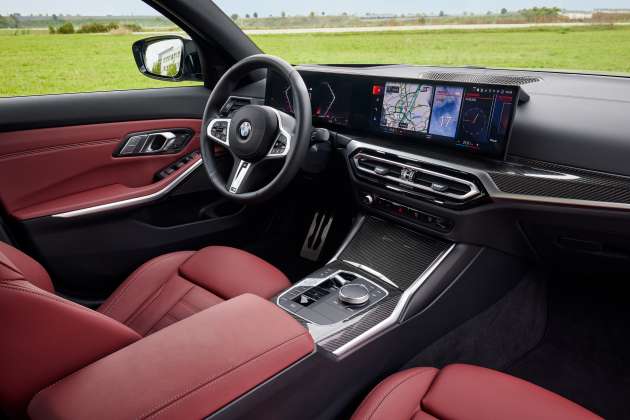 As for driver aids, the facelift 3 Series offers the Park Distance Control as standard. A head-up display is also available along with Lane Keeping Assistant with active side collision protection. Other features available through the optional Parking Assistant package include the Reversing Assistant, Lateral Parking Aid, 3D and panoramic views.

There are also diesel and plug-in hybrid powertrains for the new 3 Series, and all they’re all paired to an eight-speed Steptronic automatic transmission. Locally, BMW Malaysia recently introduced the Runout Edition for the 320i and 330i M Sport models which should indicate the facelift’s imminent arrival on our shores.

Like what you see? Is it better looking than before? Let us know in the comment section!

Things I noticed about my XUV700’s Apple CarPlay after iOS 16.1 update