2022 Nissan Leaf Comes To Europe With A Light Refresh

Nissan has already hinted that the Leaf’s replacement will be a crossover, but until that arrives, it will still sell the current model, launched in 2017. For Europe, the automaker has announced a light Leaf makeover, concentrated on slightly refreshing its look with new logos, wheels and paint options.

The biggest visual change are the new Nissan logos, on the blanked out faux grille and on the rear. Nissan offers the refreshed Leaf for Europe with two new wheel designs (the vehicle in the press photos has the larger 17-inch wheels) and they too have the new company crest.

Nissan is also adding two new color options: Universal Blue (borrowed from the Ariya and Qashqai) and Magnetic Blue. The interior is left unchanged and it still features the NissanConnect infotainment system and the vehicle can be equipped with advanced driving assistance features including ProPilot (Nissan’s semi-autonomous driving suite). 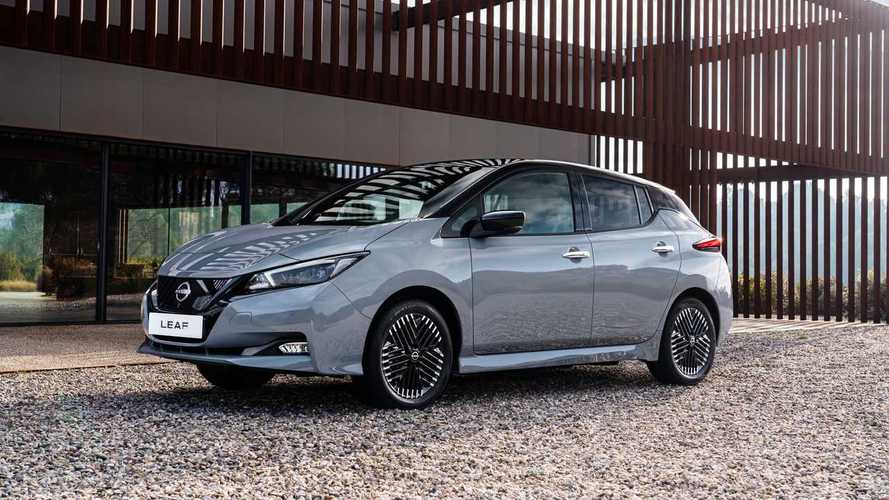 Sales of electric Nissans in Europe have been going fairly well, given the lack of models, with the automaker announcing back in September, 2021 that it had cumulatively sold 250,000 EVs on the continent since it launched the original Leaf in 2011. Of those, 42,000 were e-NV200s.

Before the Leaf’s crossover replacement (previewed by the rakish Chill-Out concept) hits the market, Nissan will first launch the Ariya crossover built on the CMF-EV platform that it shares with Renault. The Ariya will deliver up to 500 km (310 miles) WLTP, with a starting price of around €55,000.