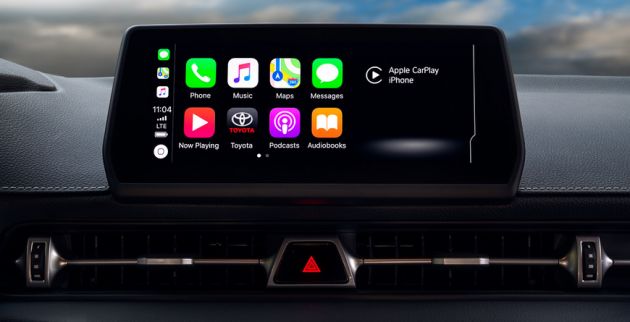 Since the Malaysian launch of the Toyota GR Supra back in 2019 (what a year it was, huh?), UMW Toyota Motor has been introducing yearly updates to keep the sports car fresh in people’s minds. The 2022 model year change is very minor this time around, with the only addition being that Apple CarPlay is finally included in the standard specification.

Before this, the only way for you to connect your smartphone to your flashy new RM600k coupé was via Bluetooth, which was sub-optimal to say the least. Despite the BMW-derived infotainment system, the Toyota uses a wired connection for CarPlay instead of the wireless version offered by Munich – although at least you won’t need to pay a hefty one-time sum for a system that cuts the cord.

Otherwise, the Supra remains identical to the 2021 model, which received a comprehensive mechanical makeover just a year after launch. The B58 3.0 litre turbocharged straight-six was fettled to produce 388 PS – 48 PS more than before – which enabled the car to get to 100 km/h 0.2 seconds faster at 4.1 seconds.

There were other changes made to the chassis, such as new aluminium front bracing to increase lateral rigidity, uprated front and rear bump stops and retuned dampers. The electric power steering, adaptive damper system, stability control and active rear differential were also reprogrammed in concert with the hardware changes, making the car more stable through quick transitions. 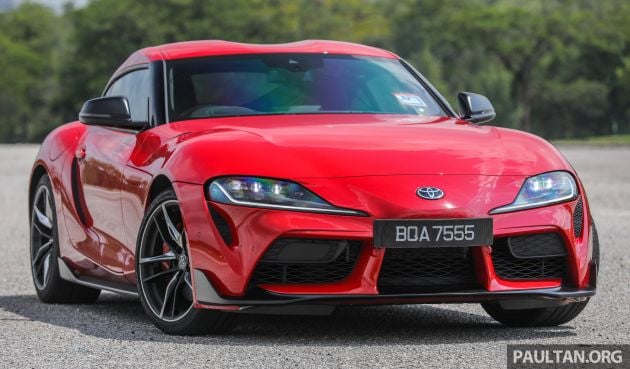 Also unchanged is the price, which stays at RM589,987 on-the-road without insurance, inclusive of the 50% rebate in the sales and service tax (SST) and a five-year, unlimited-mileage warranty. The sole no-cost paint option continues to be Prominence Red, with Lightning Yellow, White Metallic, Silver Metallic, Ice Grey Metallic and Black Metallic costing an extra RM5,000. Matte Storm Grey Metallic is a RM12,000 option and includes full matte grey alloys instead of the usual two-tone rollers.

At RM420k, the BMW iX EV is a bargain in Malaysia – paultan.org
Car Reviews