We’ve literally seen the next-generation Volkswagen T7 in development for years. The wait is mostly over, as VW’s much-loved all-purpose van for everything from contractors to adventurous campers is now official. That is, it’s official in Multivan form, anyway. The Transporter is still waiting in the wings, but for now, say hello to the 2022 VW T7 Multivan.

Arguably the biggest news for the next-generation van is its next-generation powertrain. For the first time, the Multivan gets a plug-in hybrid powertrain. Called eHybrid, it combines a 1.4-liter TSI engine with an 85kW electric motor to generates a total of 215 horsepower (160 kilowatts). A 13-kilowatt-hour lithium-ion battery is mounted low under the van’s floor with the charging port located on the right side. VW doesn’t yet have stats for electric-only speed or range, instead telling us the Multivan is capable of short urban trips. Power for the eHybrid is handled exclusively by a six-speed DSG transmission. 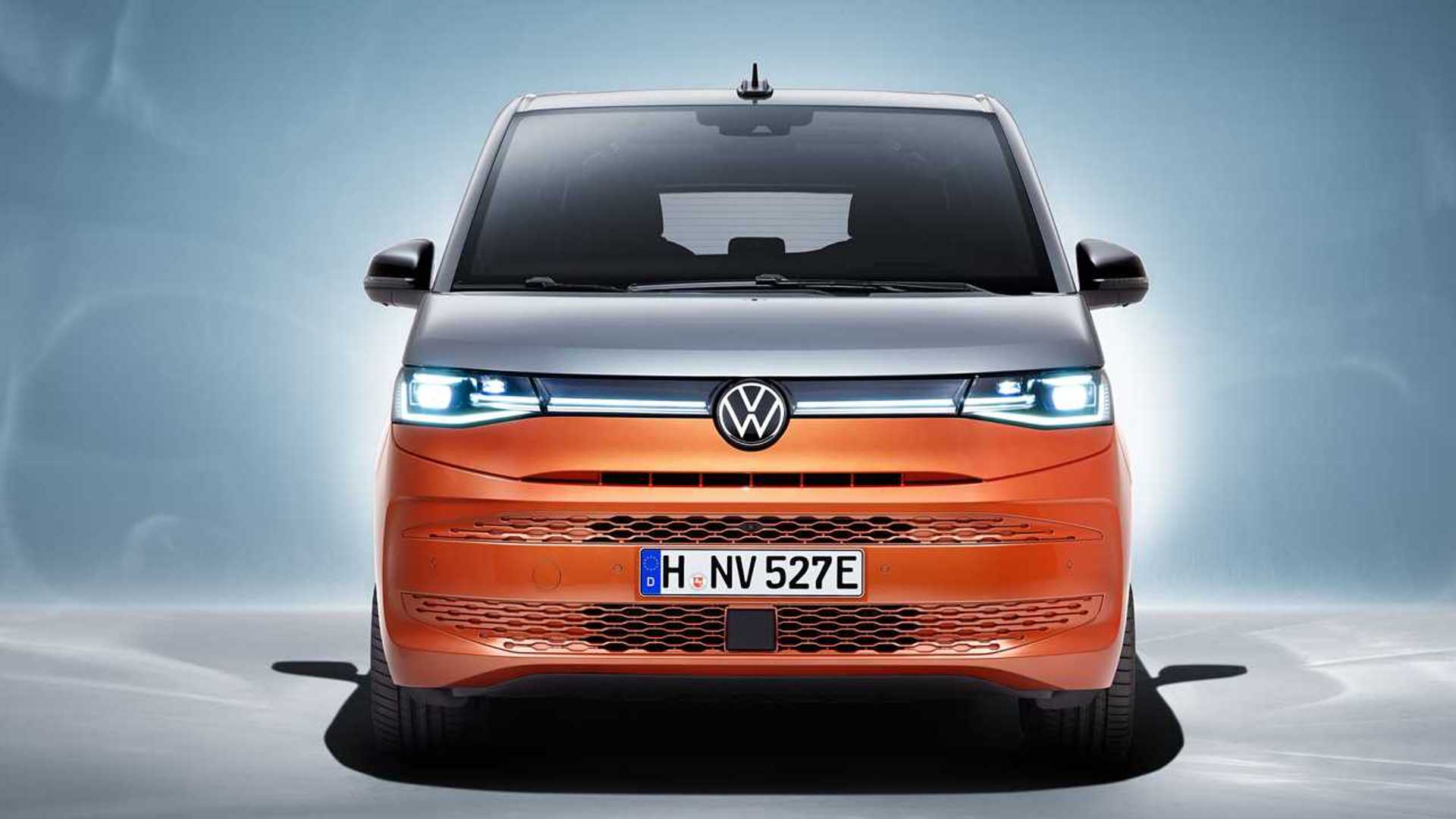 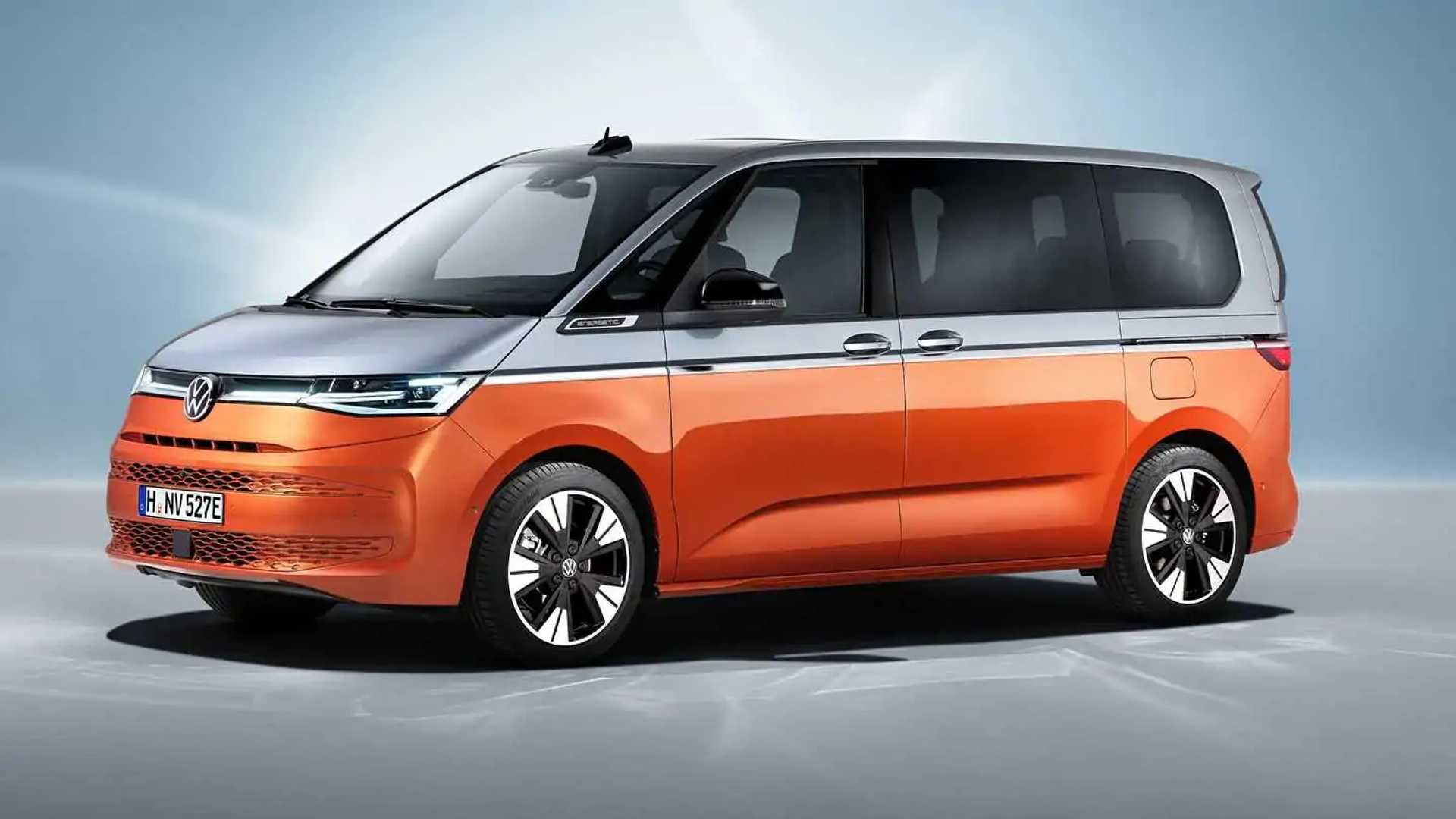 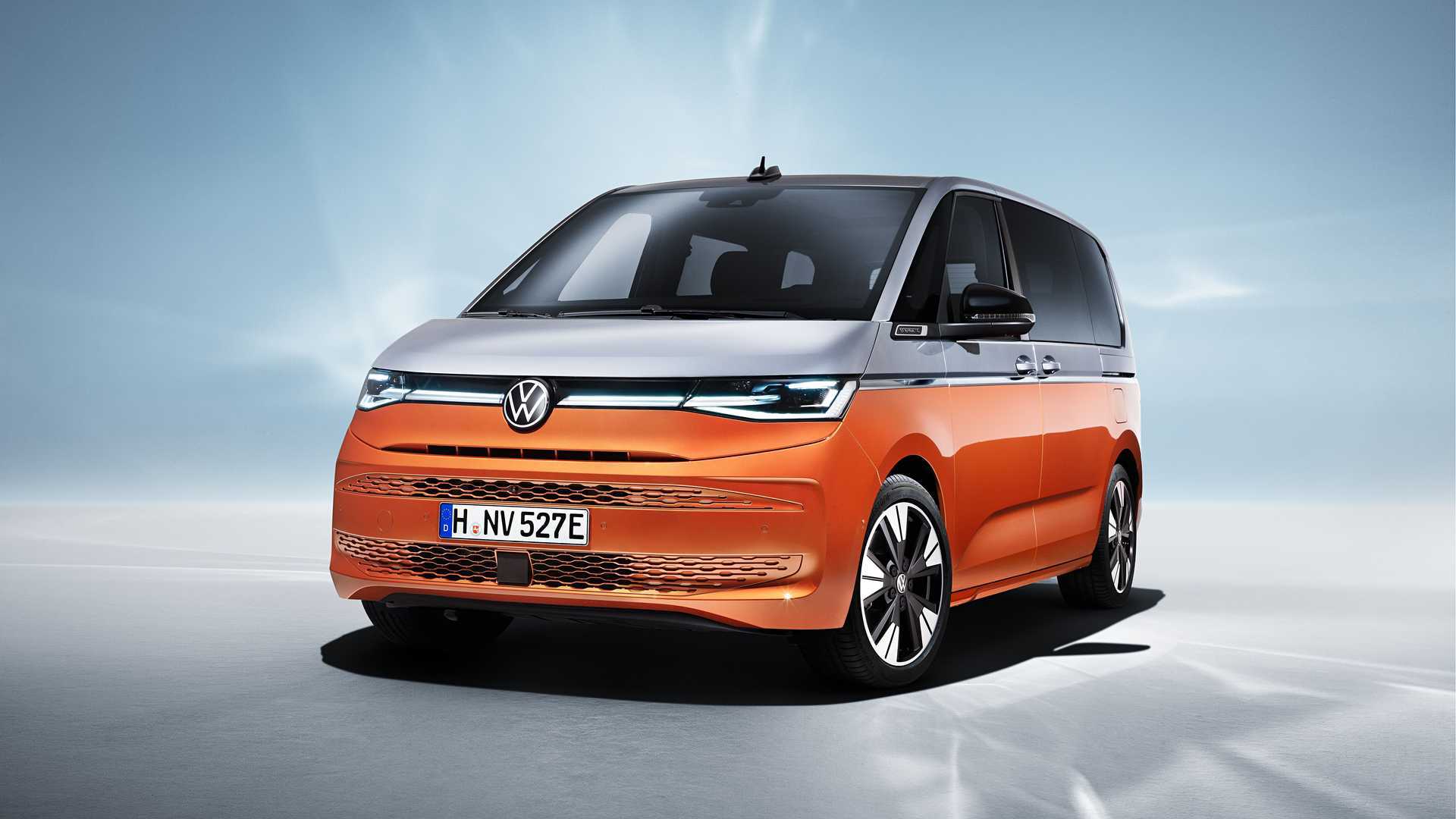 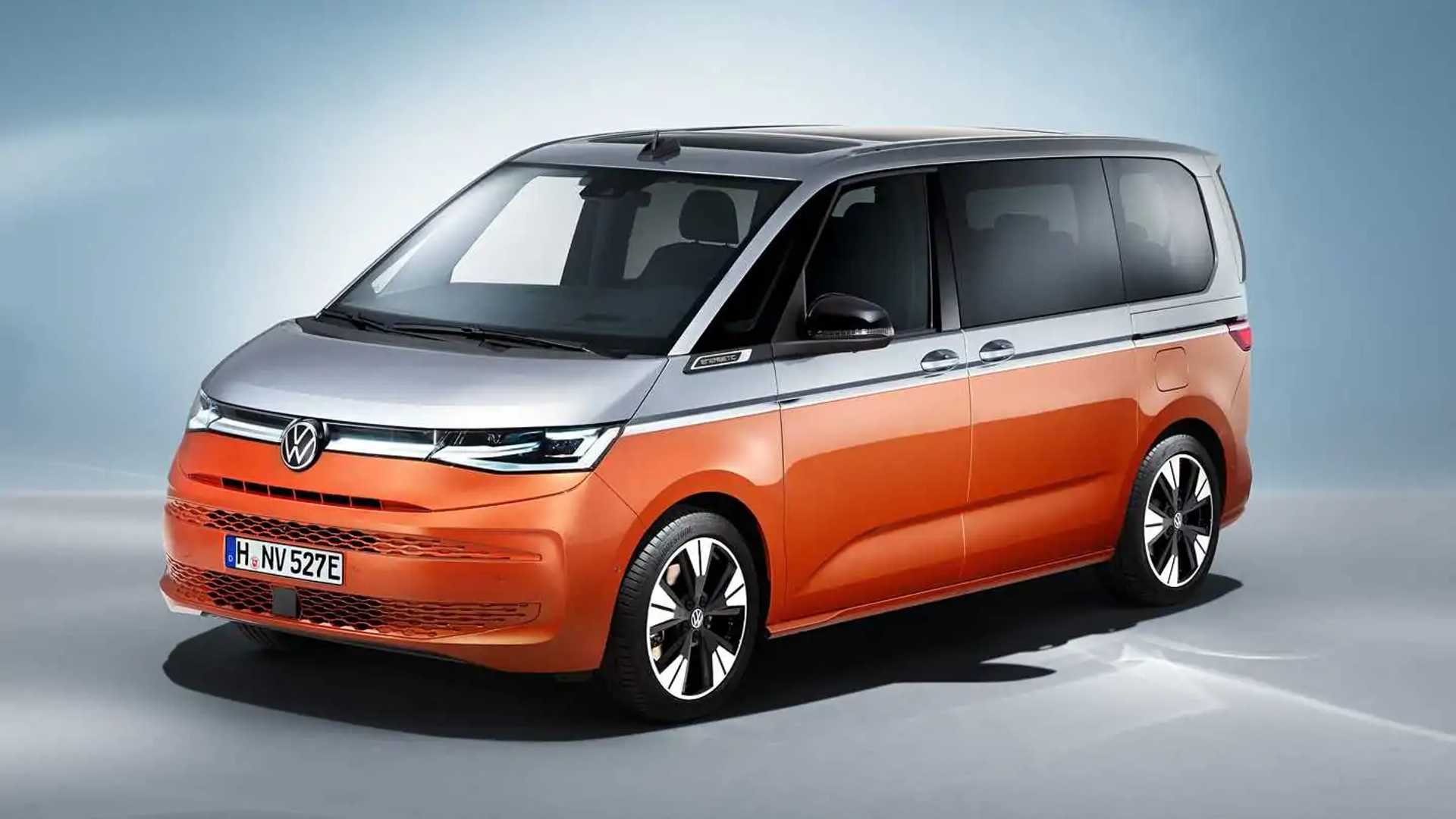 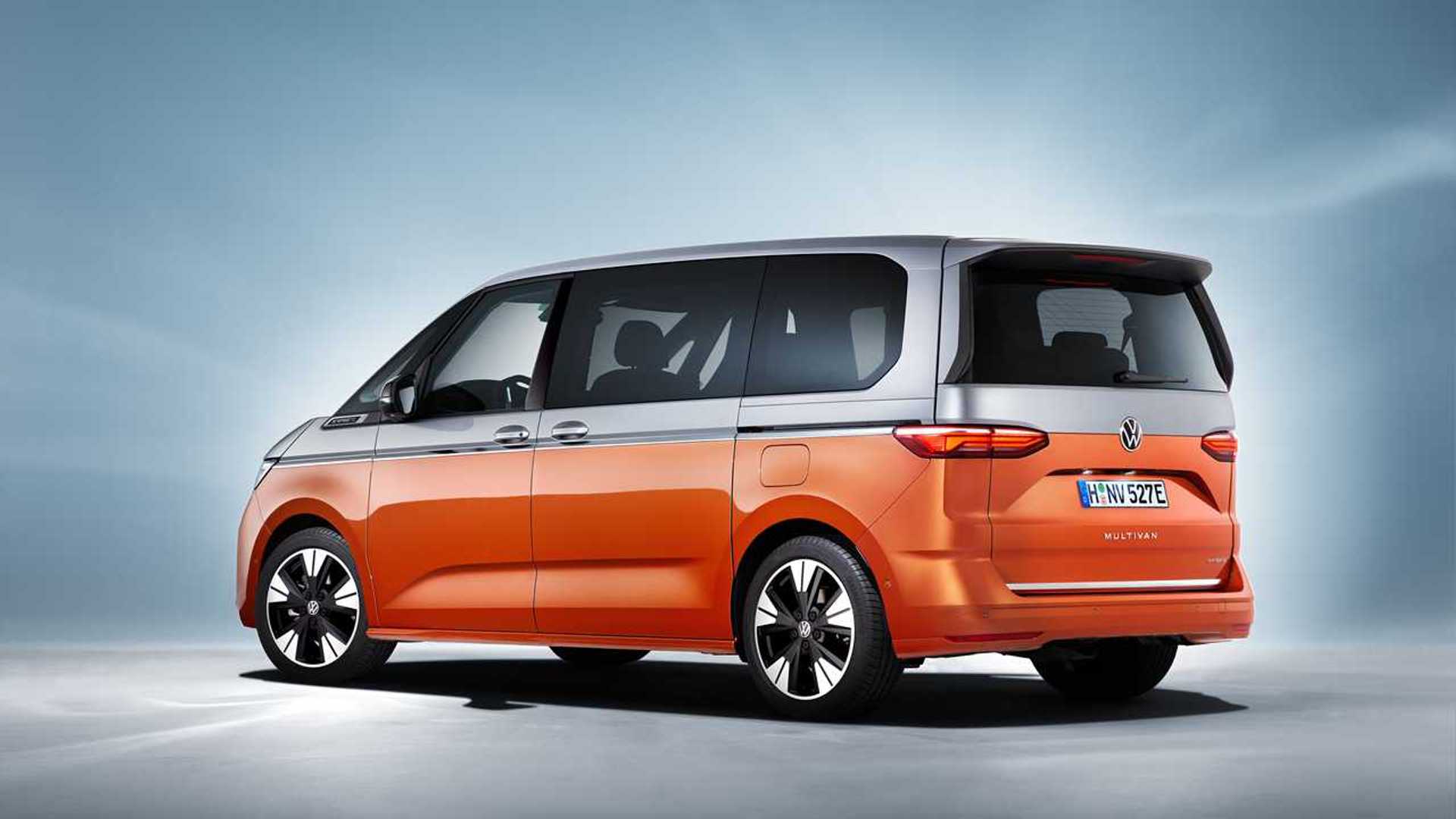 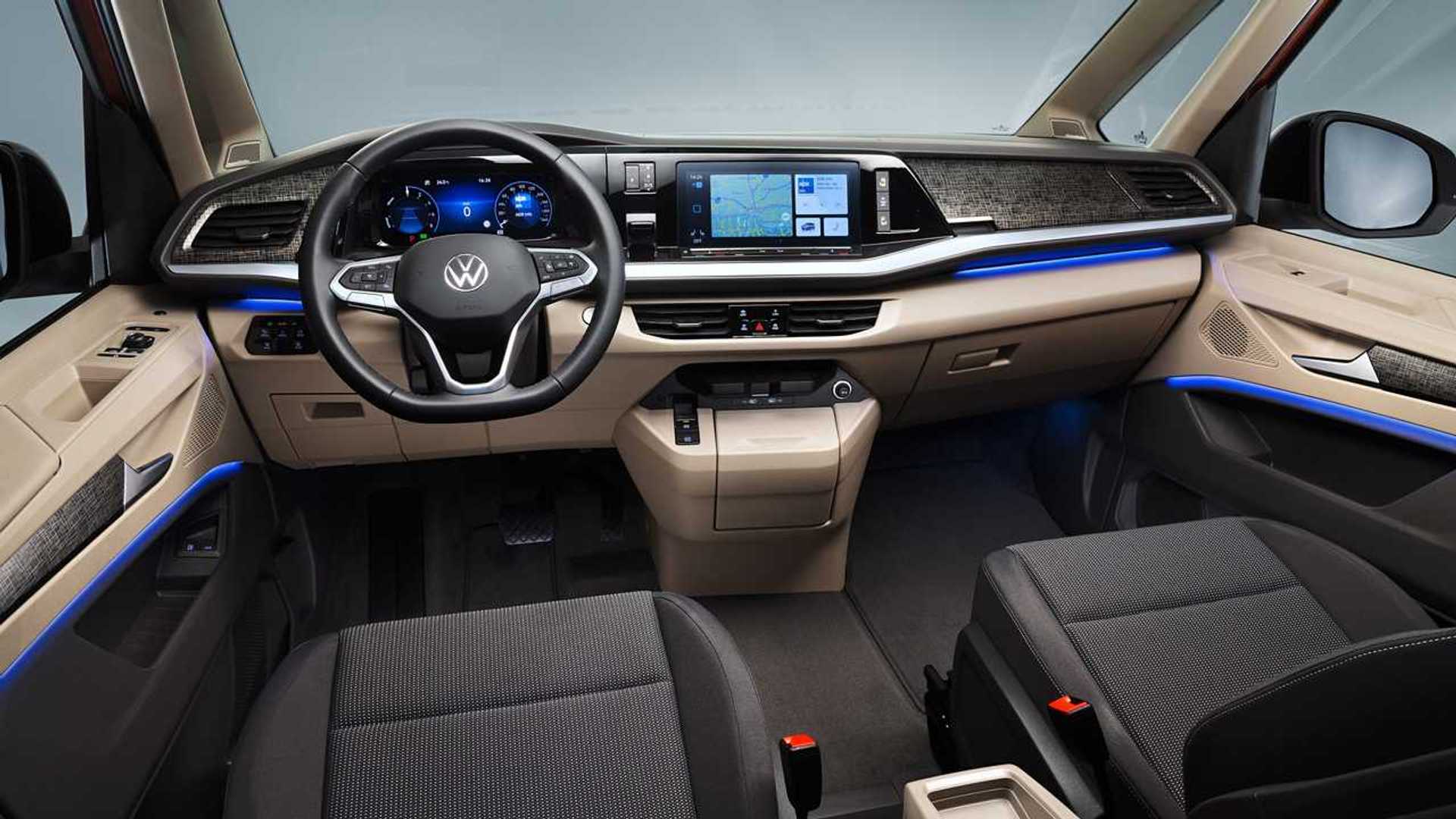 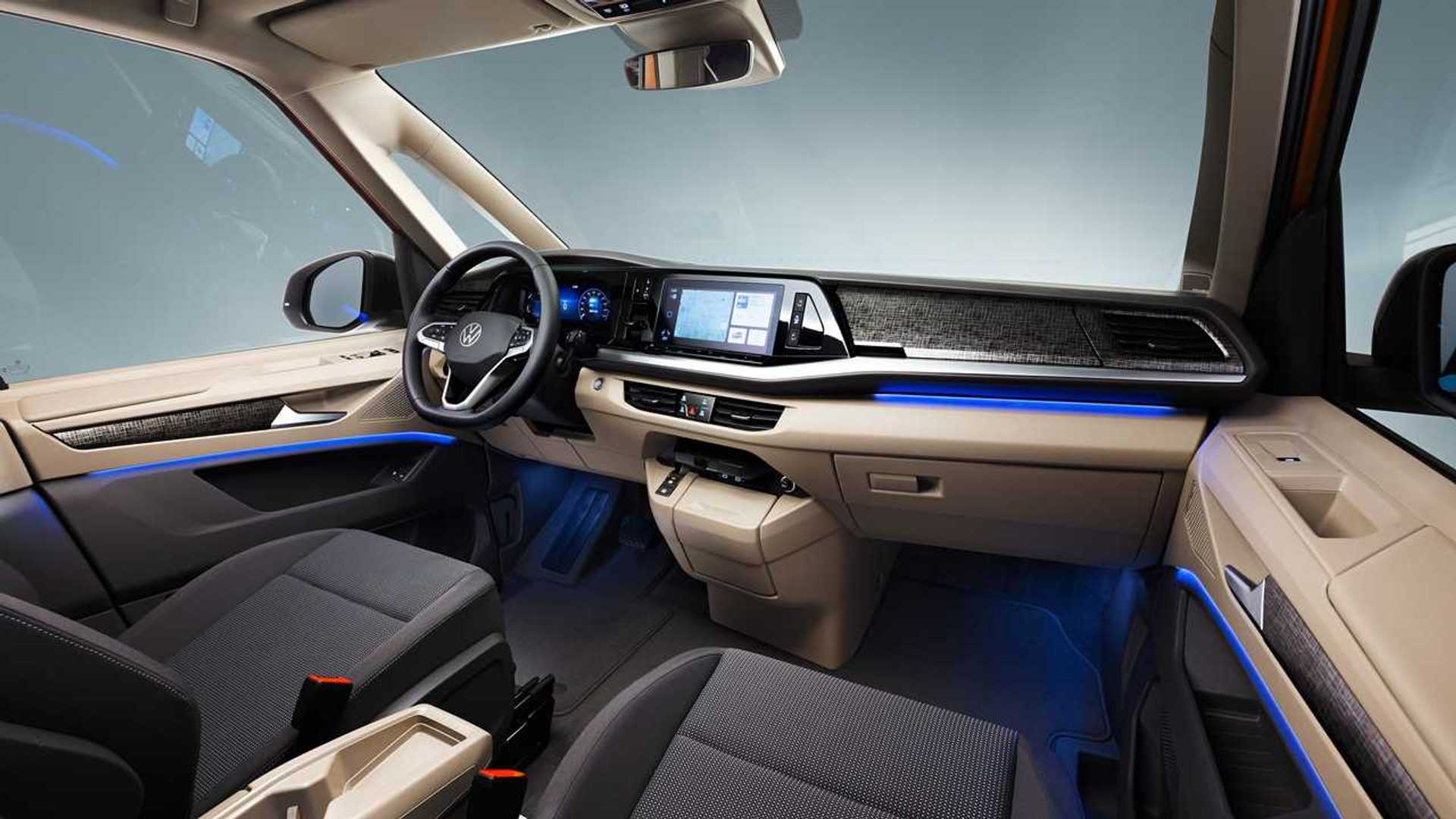 Should electricity not be your thing, VW continues to offer pure internal combustion power. At launch, buyers can choose between either a turbocharged 1.5-liter TSI mill making 134 hp (100 kW) or a beefier turbocharged 2.0-liter TSI engine good for 201 hp (150 kW). Both engines burn gasoline, though a four-cylinder turbo diesel with 148 hp (110 kW) will be offered next year. Regardless of the engine, a seven-speed DSG is the only transmission available.

Of course, the point of the Multivan is to be multi-purpose, and on that front the T7 doesn’t disappoint. It’s slightly larger overall compared to its predecessor, with an extended version offering 143 cubic feet (4,053 liters) of luggage space. You’ve likely already heard about the new modular seating system with individual rear seats that are adjustable and easily removable. They are part of a fresh interior that VW says is “lounge-like” with second-row seats able to rotate 180 degrees to form a conference arrangement. A multi-function table is also modular, sliding fore and aft to wherever it’s needed.

Overhead, passengers will appreciate an optional panoramic glass roof, while driver and front-seat passenger will appreciate a standard-issue digital makeover. A 10.25-inch digital instrument display is joined by a 10-inch center infotainment touchscreen and if that’s not enough, the driver also gets a heads-up display – a first for something from Volkswagen Commercial Vehicles.

The cabin layout adopts a minimalist feel, however, there’s technology galore underneath. VW’s standard infotainment suite is called Ready 2 Discover and includes We Connect free, which features breakdown assistance and vehicle status among other things. We Connect Plus is available free for three years and injects all kinds of connected services such as navigation, real-time traffic reports, and more. The high-end Harmon Kardon sound system packs 14 speakers and 840 watts into the Multivan, and naturally, you’ll find charging ports for various devices all throughout the interior.

VW is keen to inject the new Multivan with driver-assist and safety tech. The automaker says there are no less than 34 various systems available to address safety, comfort, and assistance, with staples like automatic emergency braking and lane-keep assist installed as standard equipment. Car2X is a point-to-point communication system that lets the Multivan “speak” to other vehicles and tech-infused infrastructure, informing the driver of potential hazards in the area. Semi-autonomous driving also comes to the Multivan with VW’s IQ.Drive system, offering predictive cruise control and lane assist.

Of course, the Multivan isn’t offered in North America. Pricing and availability for other regions will be announced at a later date.

Will the 2022 Toyota Tundra Get the New Land Cruiser’s Twin-Turbo V-6?
Car Reviews