2023 Chevy Corvette Z06 Spied At The Nurburgring With Less Camo

We’re noticing a not-so-subtle change compared to a different prototype recently spotted on US soil.

It was only last Friday when our spies stumbled upon a prototype of the Corvette Z06 testing somewhere in the US and now another one has been captured. This time around, the work-in-progress vehicle was seen testing in Germany around the Nürburgring while flaunting its quad exhaust system and large rear wing.

While the prototype may look virtually the same as the other one caught a few days ago, we are noticing their rear bumper is seemingly different. The newly spotted Corvette Z06 appears to have larger air intakes near the corners of the rear bumper, suggesting a more extreme cooling setup. That’s not to say last week’s prototype was necessarily different as Chevy might’ve installed fake elements to conceal the derrière’s real look. 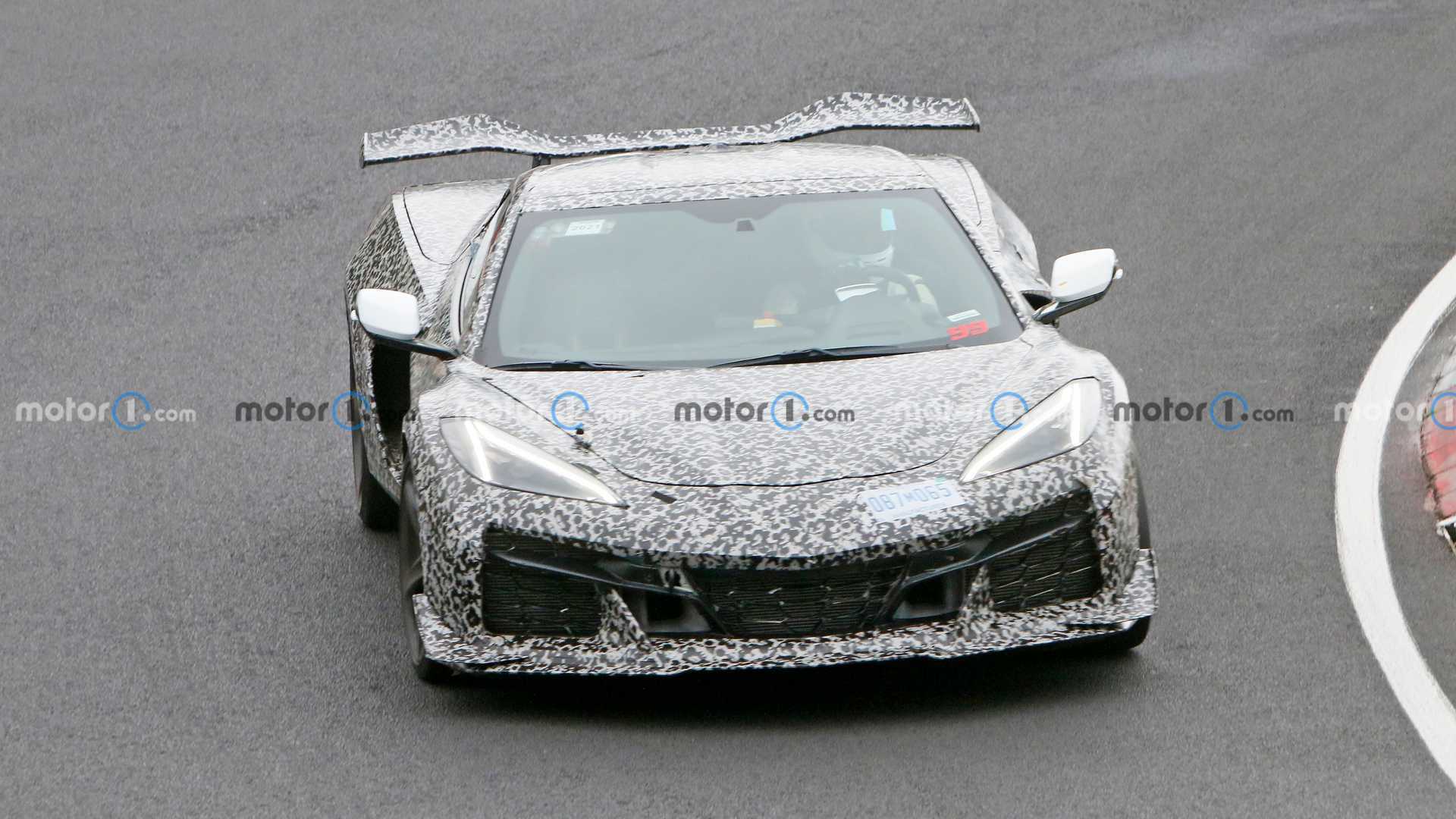 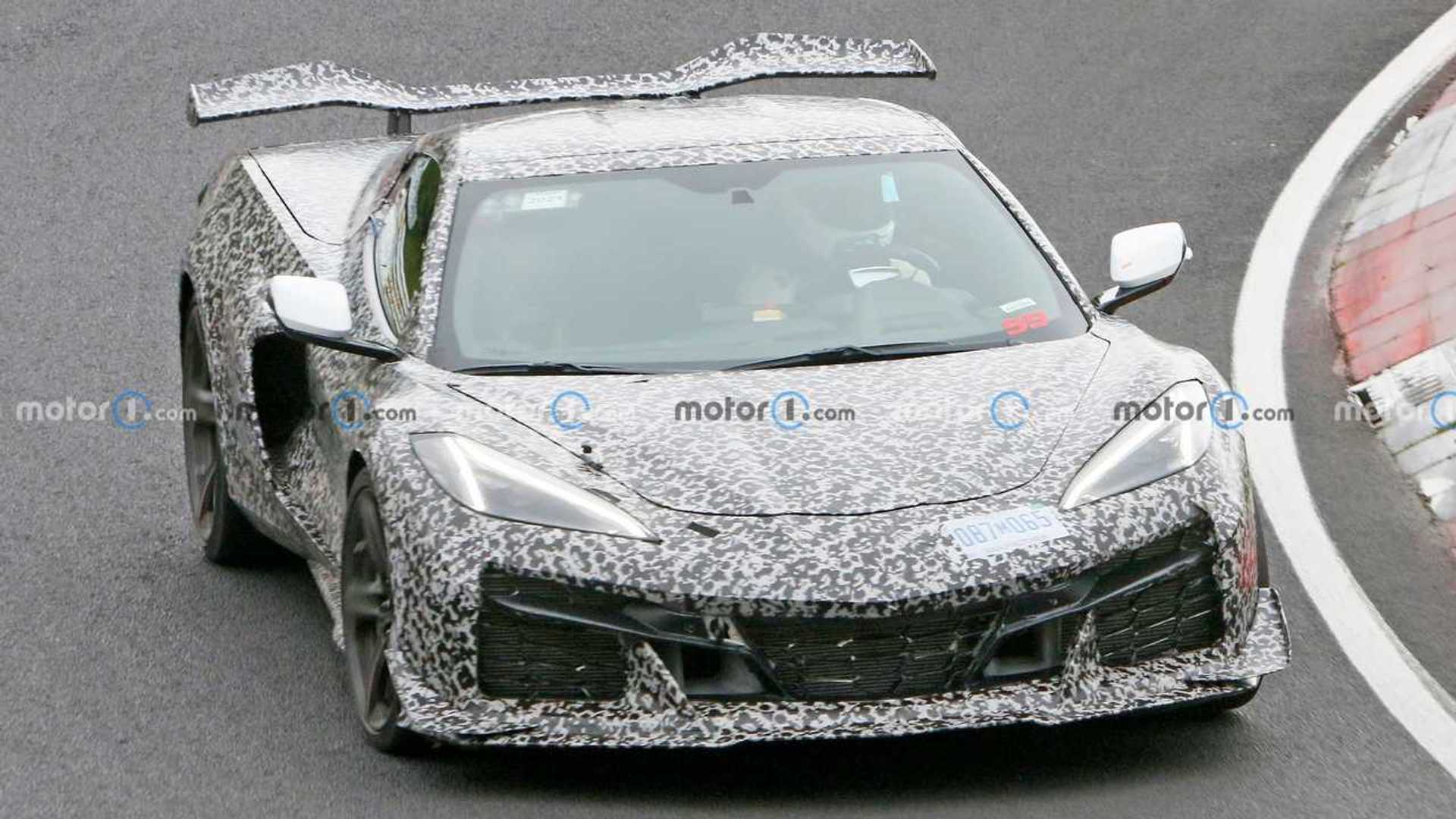 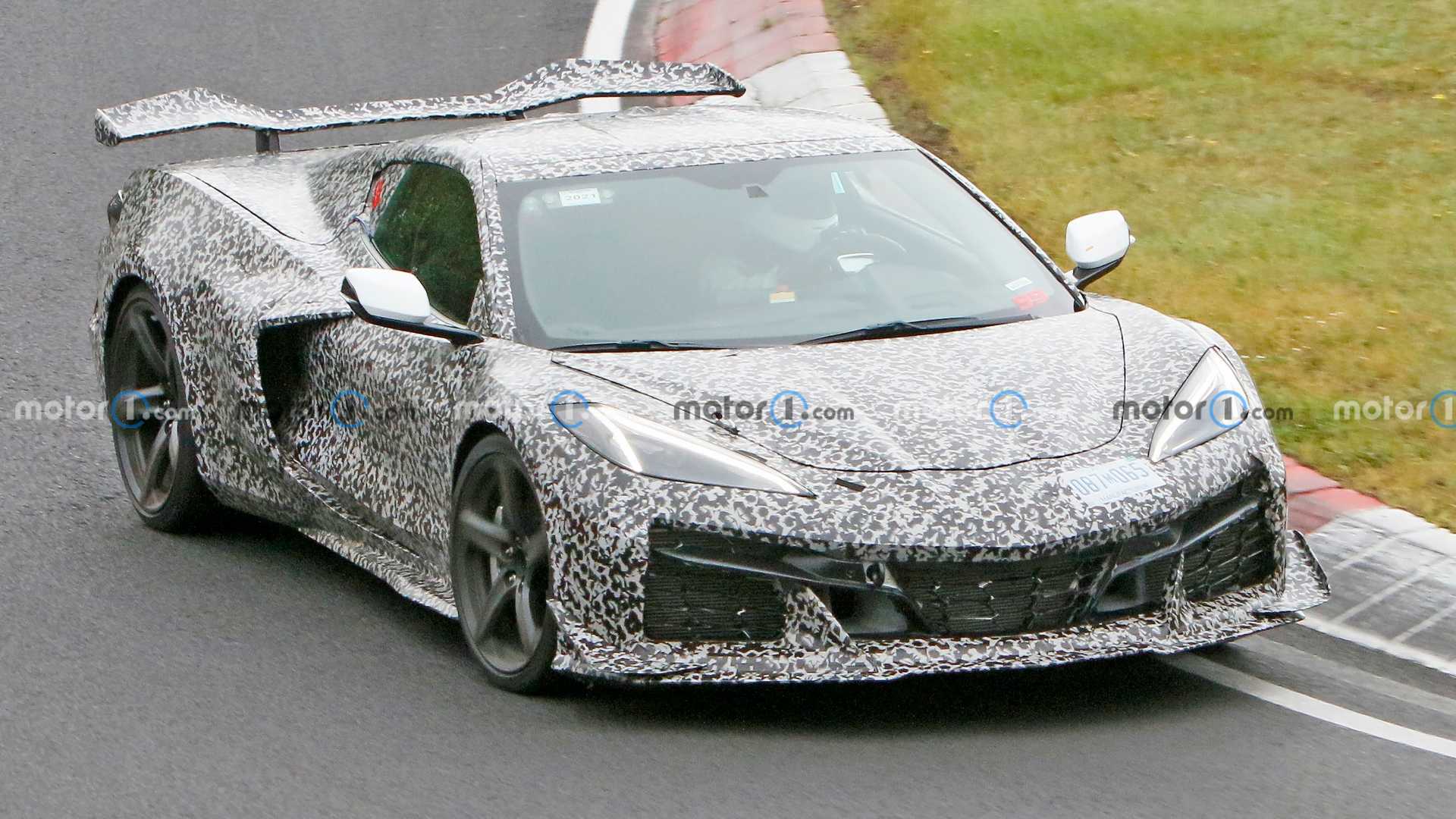 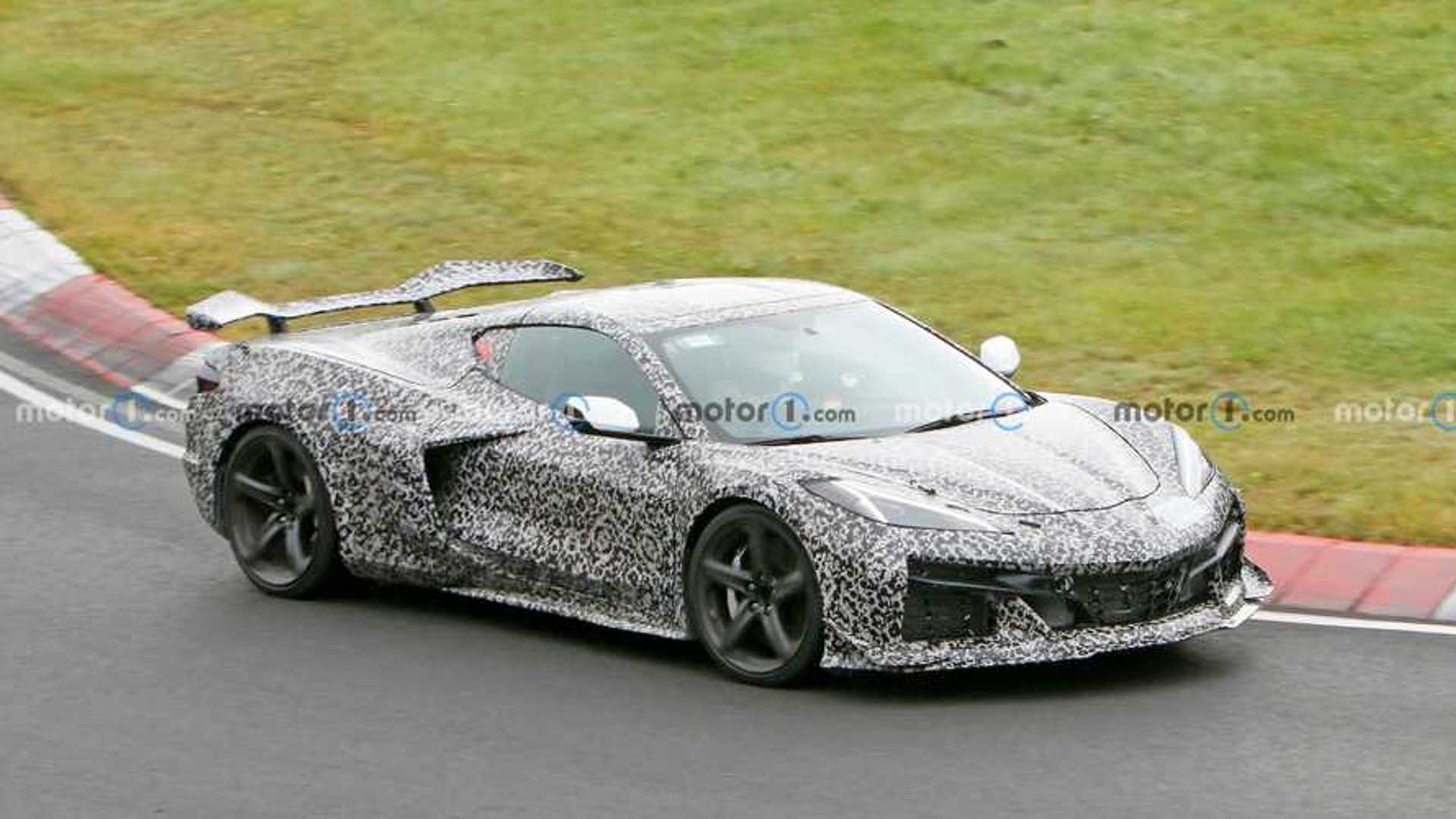 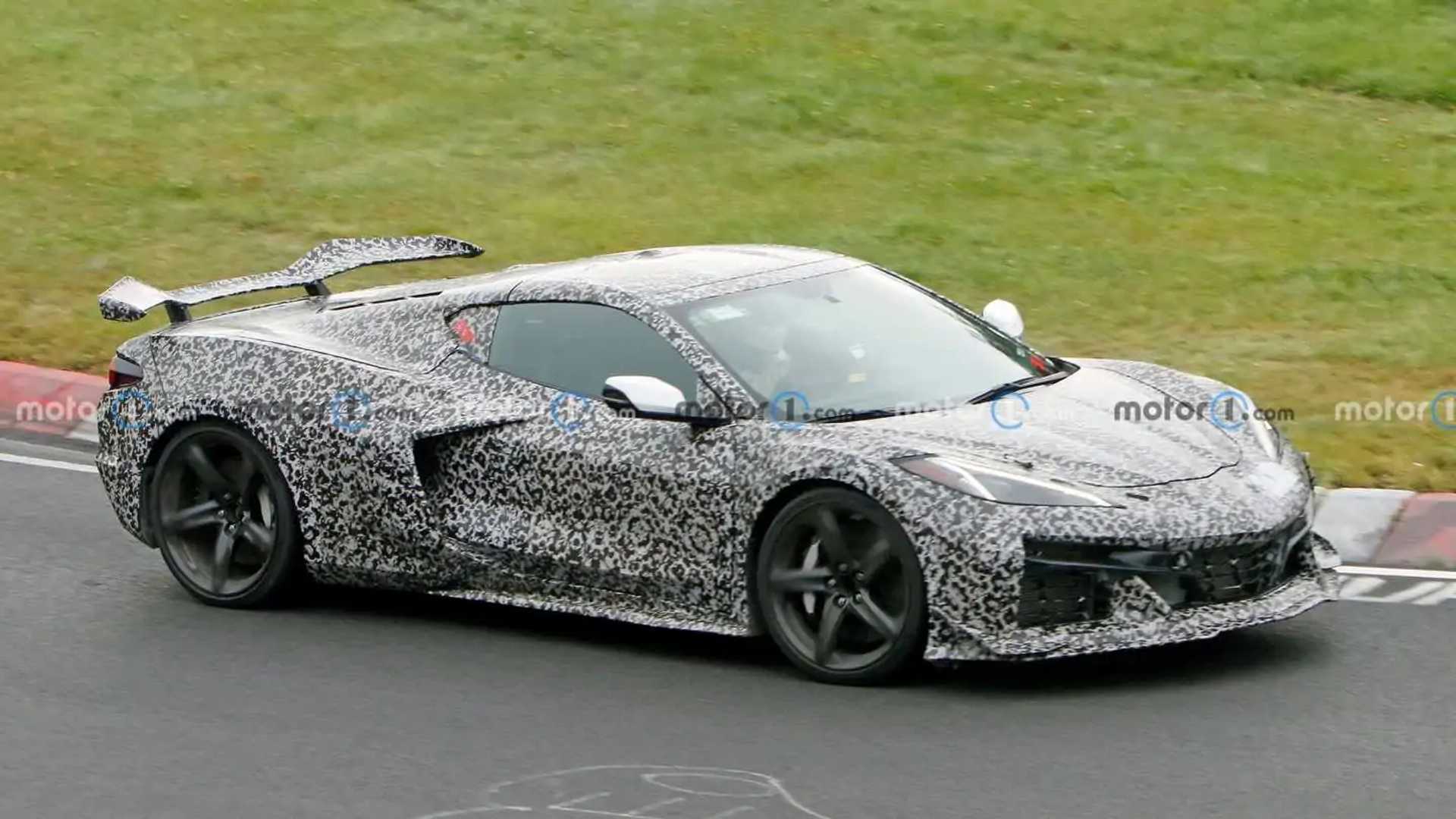 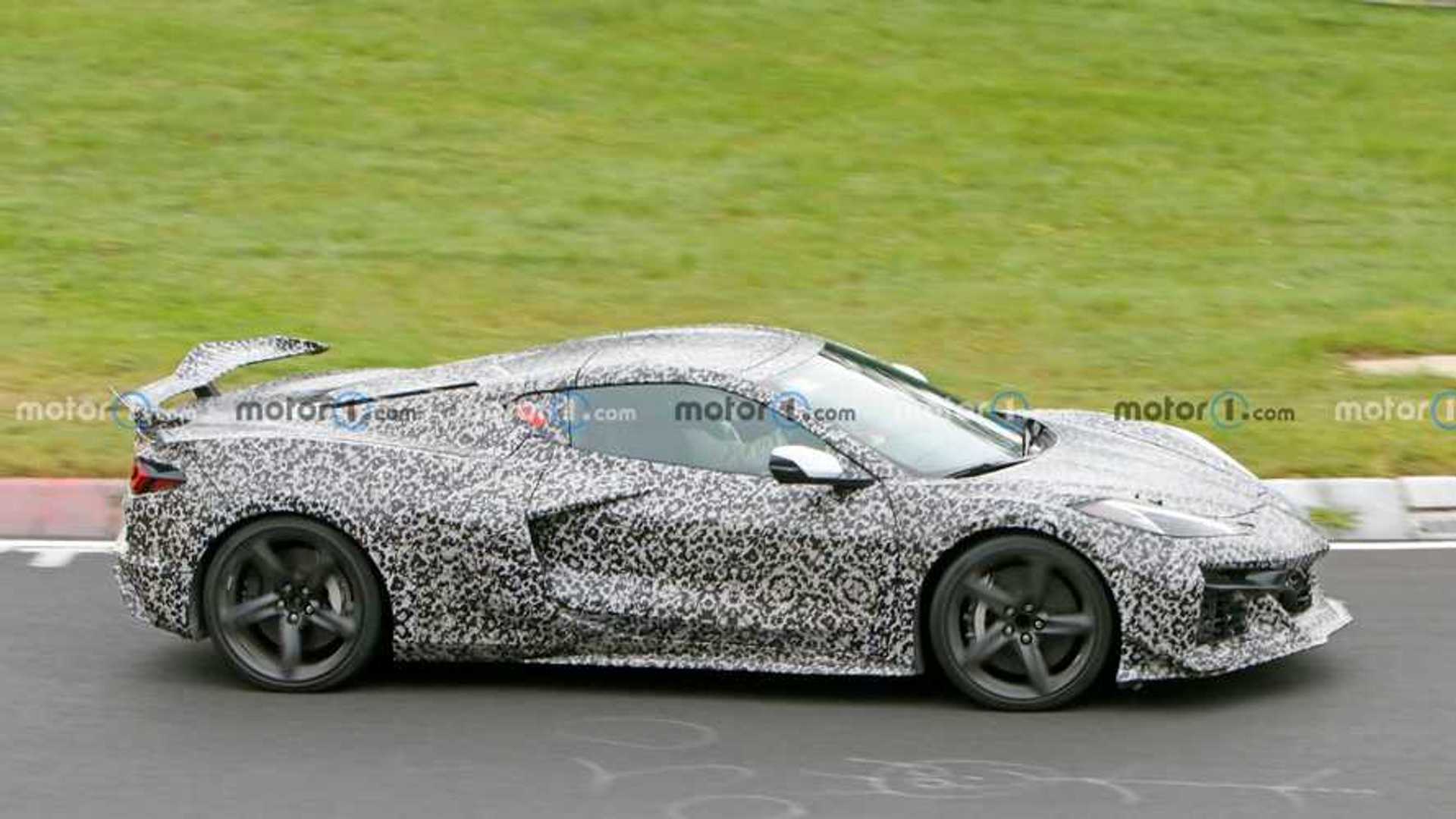 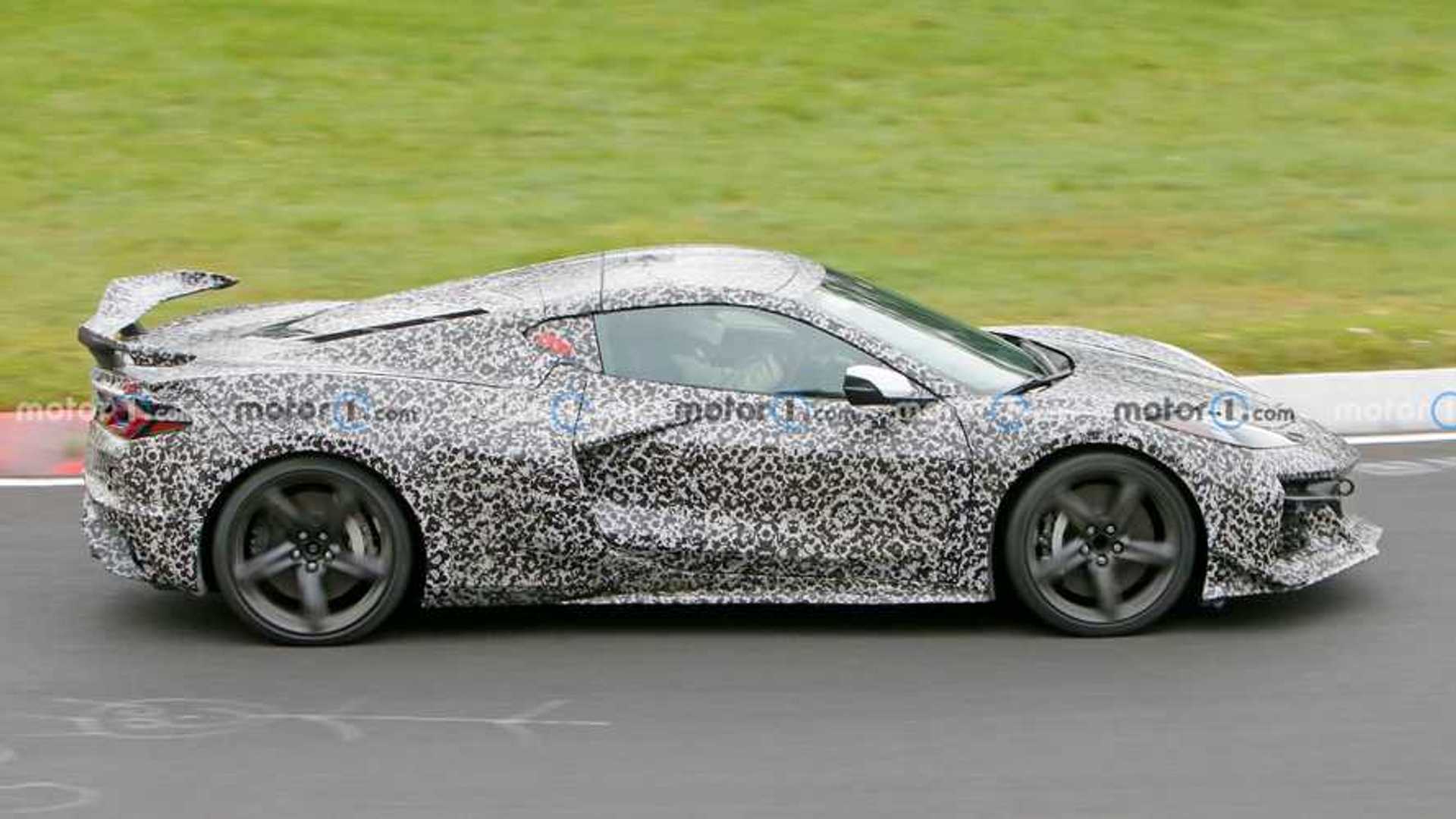 Eagle-eyed readers will notice the freshly photographed car has slightly less mascara at the front, revealing a good chunk of the bumper design with its aero elements and dual air intakes. The canards sticking out from the bumper are noticeable despite the camouflage, while the air intakes are at least just as large as on the regular C8.

As far as their side profiles are concerned, the two cars are nearly the same, save for the white mirror caps of the Corvette Z06 spied at the Nürburgring. Both ride on the same matte black five-spoke wheels and share the beefy rear fenders hosting enlarged air intakes. As you’d expect from a performance version of an already hot mid-engined sports car, the prototype looks glued to the road courtesy of a stiffer suspension setup with minimal ground clearance.

We already know the Z06 will officially be unveiled this fall, but Chevy remains tight-lipped regarding the juicy technical specifications of the hotter C8 derivative. We’re hearing it will be powered by an adaptation of the 5.5-liter V8 from the C8.R race car, featuring a plane crankshaft much like the V8 inside the Mercedes-AMG GT Black Series.

It’s said to redline at 9,000 rpm and produce as much as 617 horsepower (460 kilowatts), but nothing is official at this point. The upcoming Z06 could lose a few pounds as a prototype was seen earlier this year featuring a magnesium gearbox case, which typically weighs about a third less than a traditional cast aluminum component.

The Z06 will only be a temporary flagship model in the C8 lineup as rumors are intensifying about an E-Ray variant with a hybrid V8 featuring roughly 650 horsepower and all-wheel drive. The crown jewel of the Corvette family is said to be Zora, complete with an estimated 1,000 electrified horses.

You May Cry When Buying the Smittybilt Air Compressor, But You’ll Only Cry Once
Car Reviews