The Ford Bronco is already available in no fewer than six trim levels, some of which are off-road-focused such as the Badlands and Wildtrak, but the lineup will grow furthermore in 2022 with the launch of a range-topping Raptor. Meanwhile, the folks over at The Bronco Nation have proven to be a valuable source of information for the most competent version of the high-riding SUV.

A new straightforward video without any annoying music playing in the background allows us to see and especially hear the 2023 Bronco Raptor tackling a purpose-built off-road course. We’re getting the impression the prototype is rocking a twin-turbo V6 gasoline engine, be it the 3.0- or 3.5-liter unit. The disguise is a bit pointless since it’s fairly obvious the vehicle is much wider and taller than a regular Bronco. Towards the end of the video, you can easily see the differences between the two. 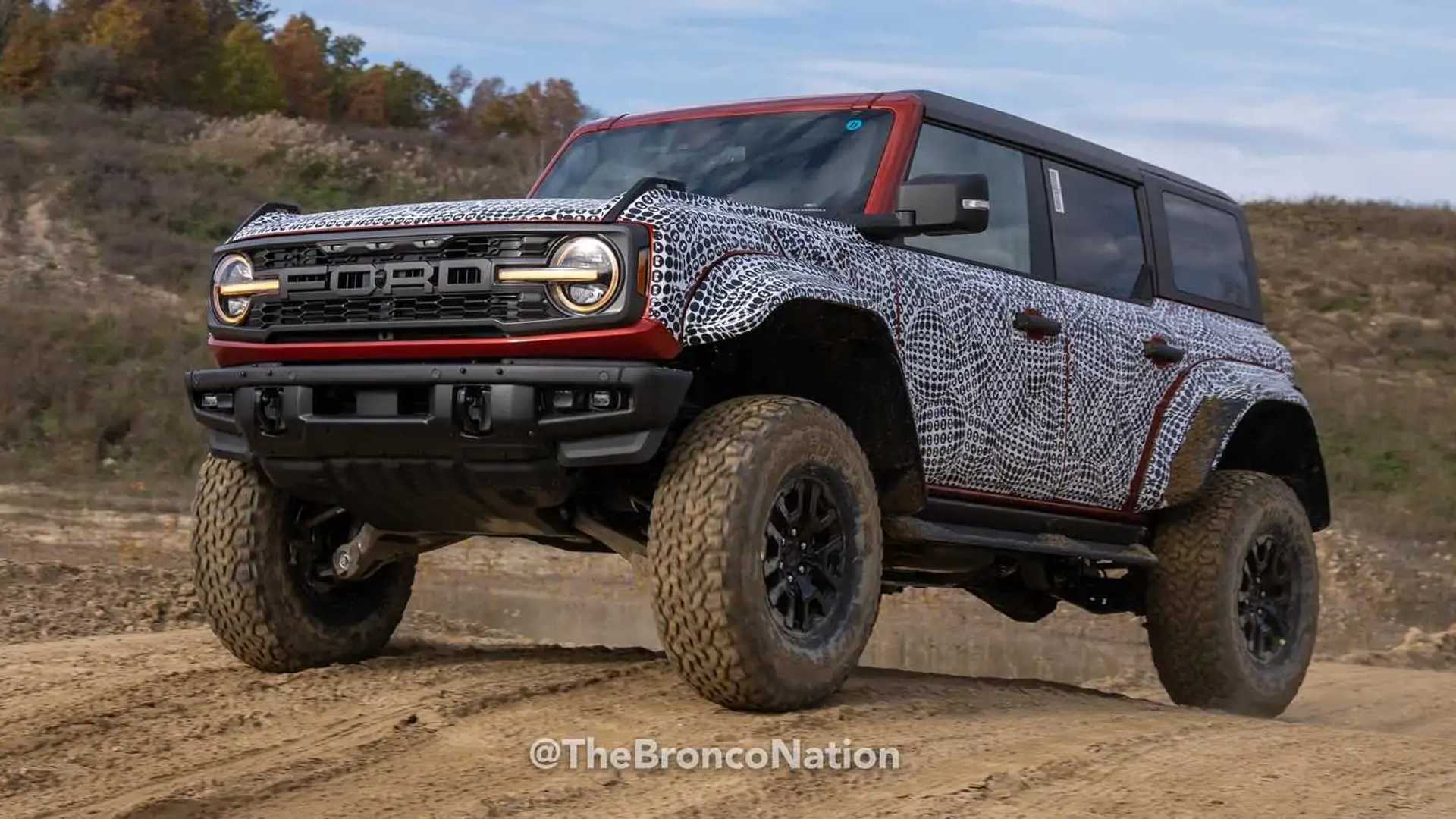 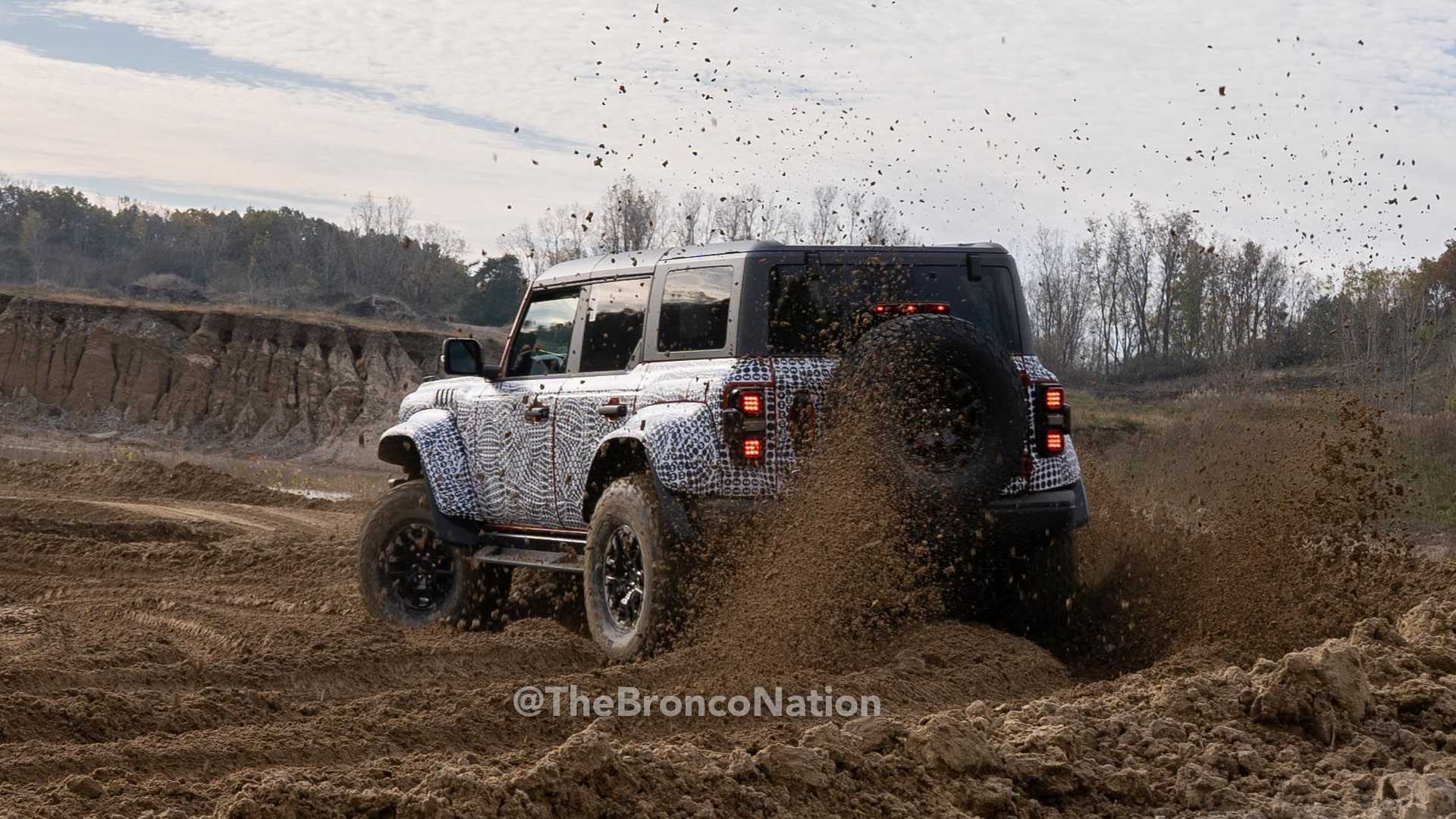 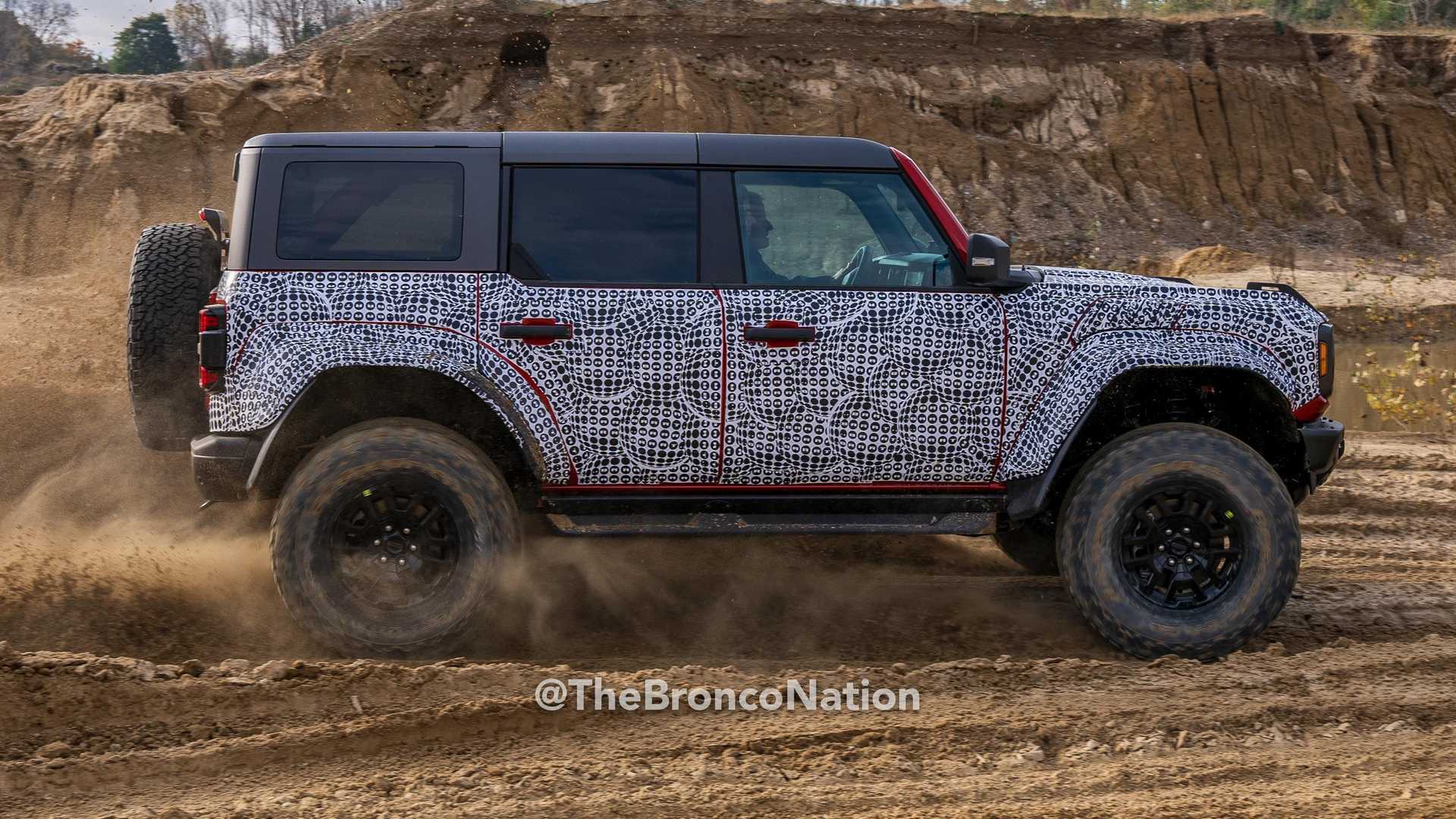 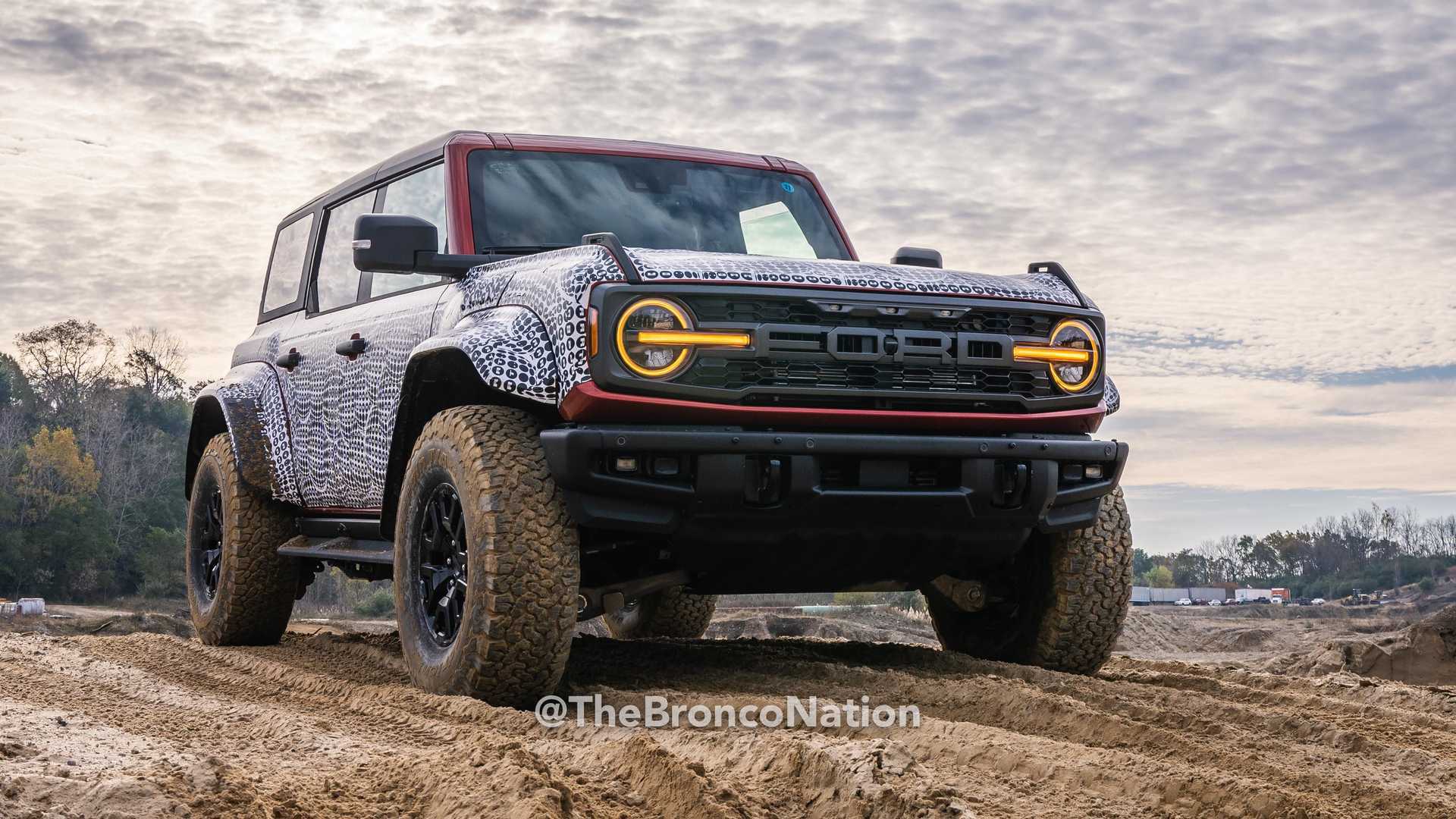 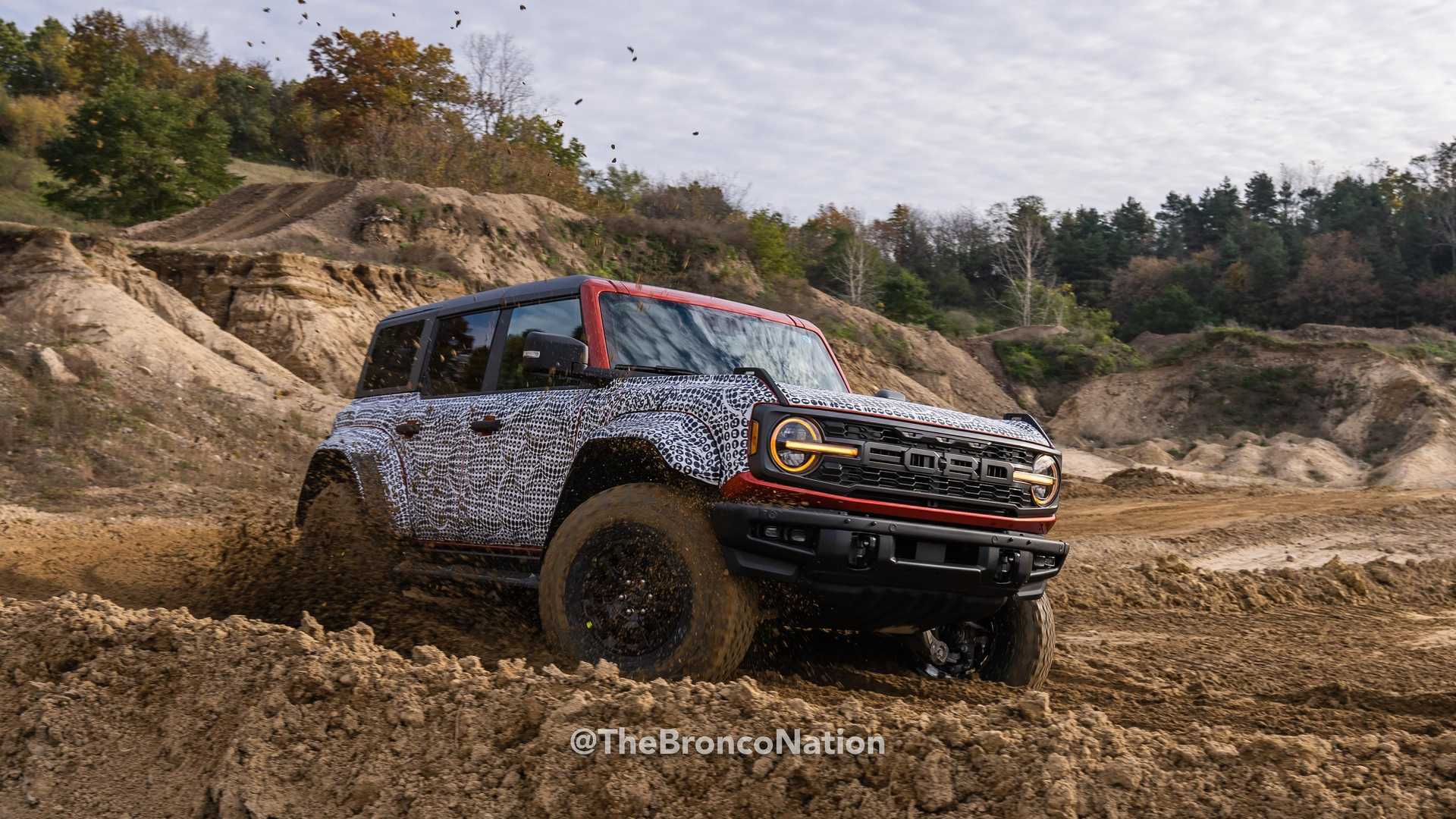 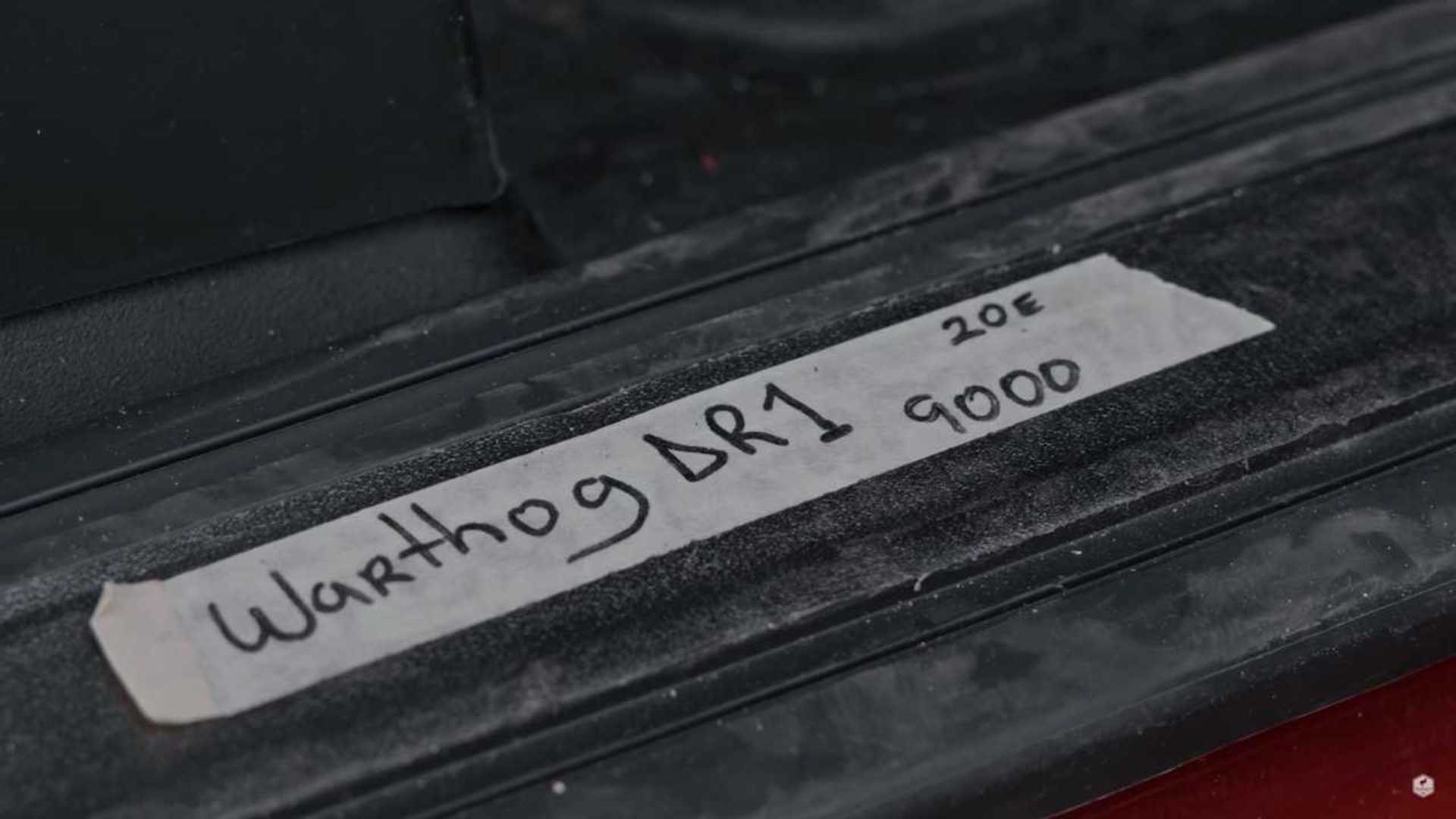 Expected to ride on standard 37-inch tires, the adventurous off-roader has beefier fender flares and wider tracks, not to mention an upgraded suspension to go off the beaten path farther than any other trim level. With the 3.0-liter EcoBoost making 400 horsepower in the Explorer ST while the 3.5-liter pushes out 450 hp in the F-150 Raptor, expect the flagship Bronco to pack some serious punch to go along with the rest of the mechanical upgrades.

It is believed the Blue Oval will sell the Raptorized Bronco exclusively with four doors, which wouldn’t be a big surprise since all prototypes spotted thus far portraited the more practical body style. Speaking of the doors, one of the sills appears at the 2:20 mark and shows a sticker labeled “Warthog.” Ford’s head honcho Jim Farley has already confirmed the hardcore version will go by the name of “Raptor,” so maybe Warthog is the internal codename or a separate package?

It’s worth mentioning two additional Raptor models are planned to break cover in 2022. We’re talking about the hotly anticipated F-150 Raptor R with a mighty V8 for the United States and the Ranger Raptor featuring a twin-turbo V6 gasoline engine for global markets. As far as the Bronco is concerned, the Raptor won’t be the last addition to the family as there are signs a hybrid derivative is also on the way.

Yet even more updates for the Bronco will include the availability of tube doors, a Heritage Edition, and the already announced Everglades featuring a factory winch and snorkel. As for the rumored pickup truck, the latest intel says it’s not happening after all, while the mid-cycle refresher is allegedly earmarked for 2024.

Sebastian Vettel: If you quarrel with Kimi Raikkonen, the problem is you
Car Reviews