Hyundai has bold plans to grow its lineup of all-electric vehicles over the next few years. In February, it introduced the Ioniq 5, the first in its new Ioniq sub-brand, which the Ioniq 6 sedan will soon join. Spy shots have shown off the sleek Ioniq 6 channeling its best Prophecy concept impersonation, though a new video from the CarSpyMedia YouTube channel gives us an idea of what it will look like when it’s moving.

The video captures the sedan cruising on various German roads, and while the car itself sounds silent, there’s still plenty of tire and road noise emanating from the car. Other noises obscure any electric motor whine or artificial sound. The car also continues to wear thick cladding and camouflage, which distorts the sedan’s alleged swoopy shape. It doesn’t look as elegant as the concept, though that could be a result of the camouflage as the production version could be as bold as the concept when it’s revealed. 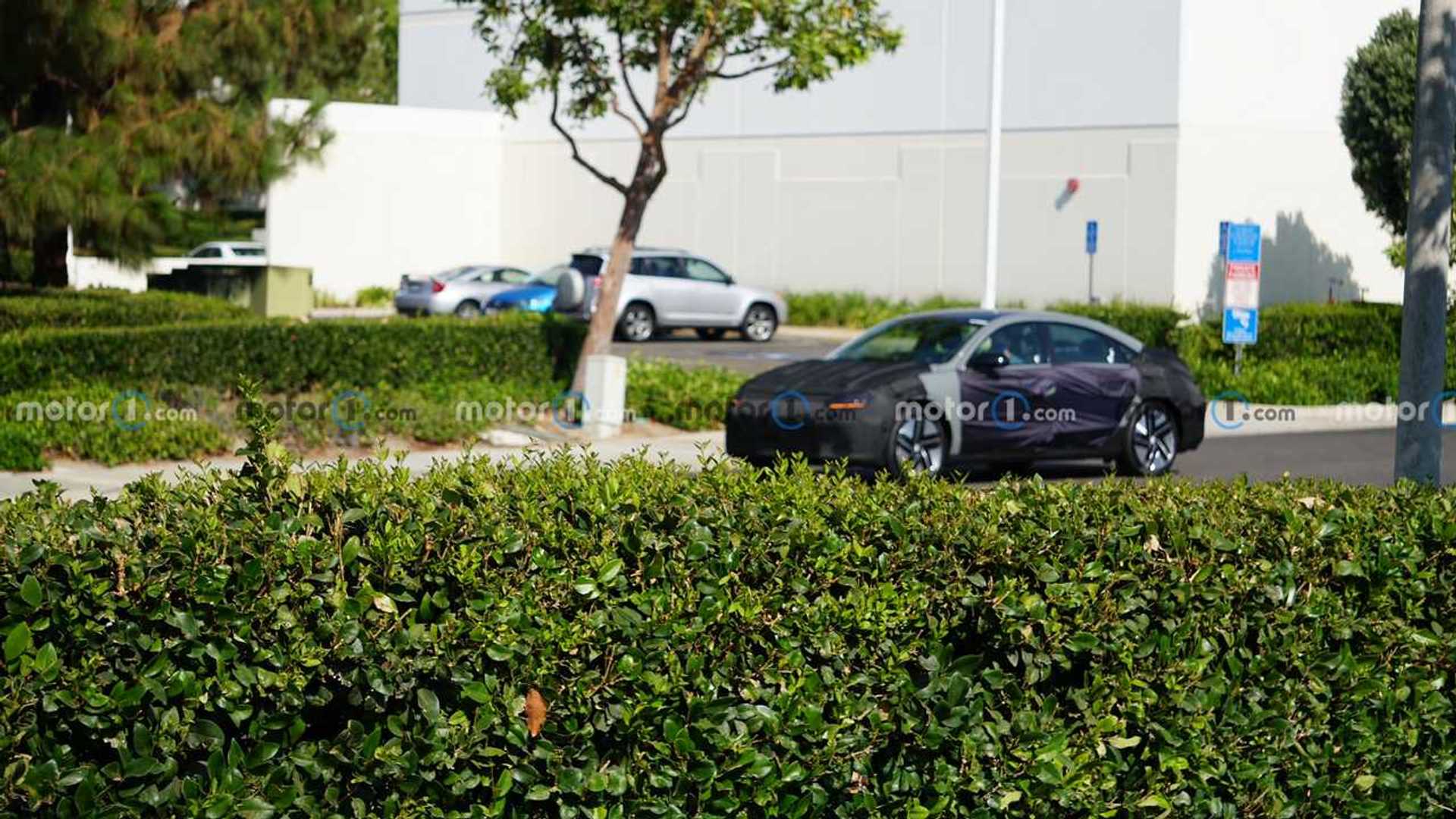 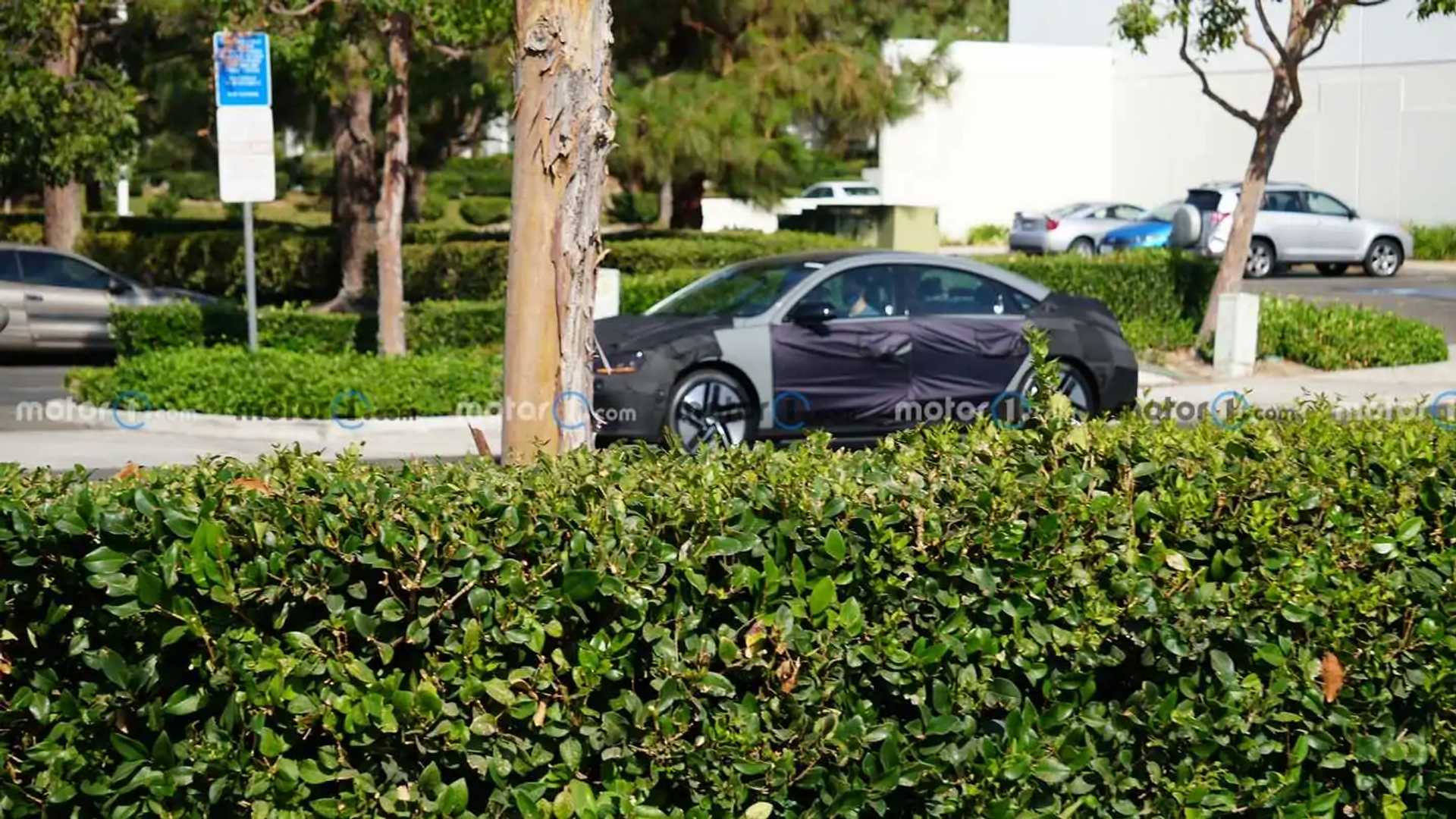 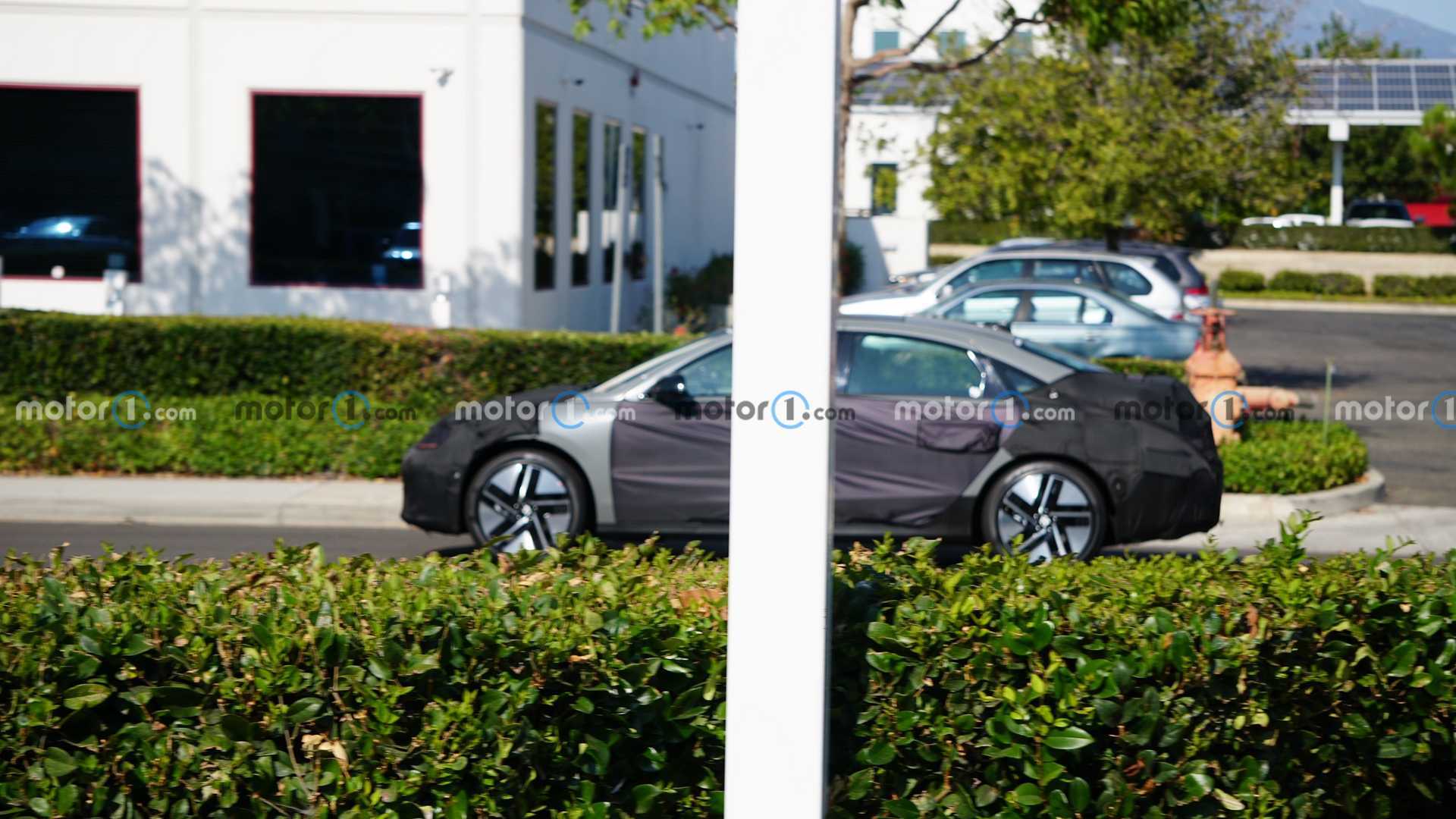 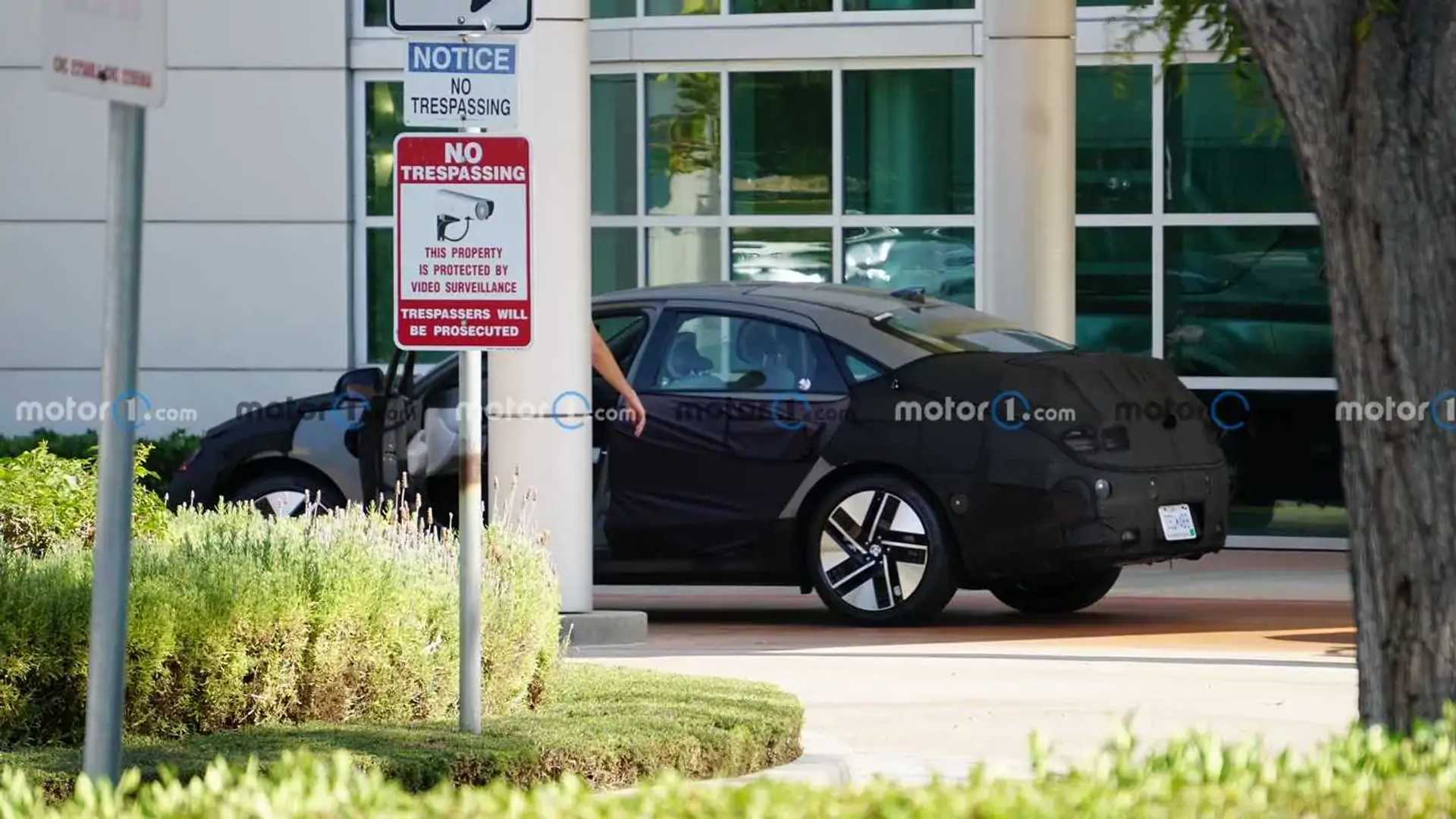 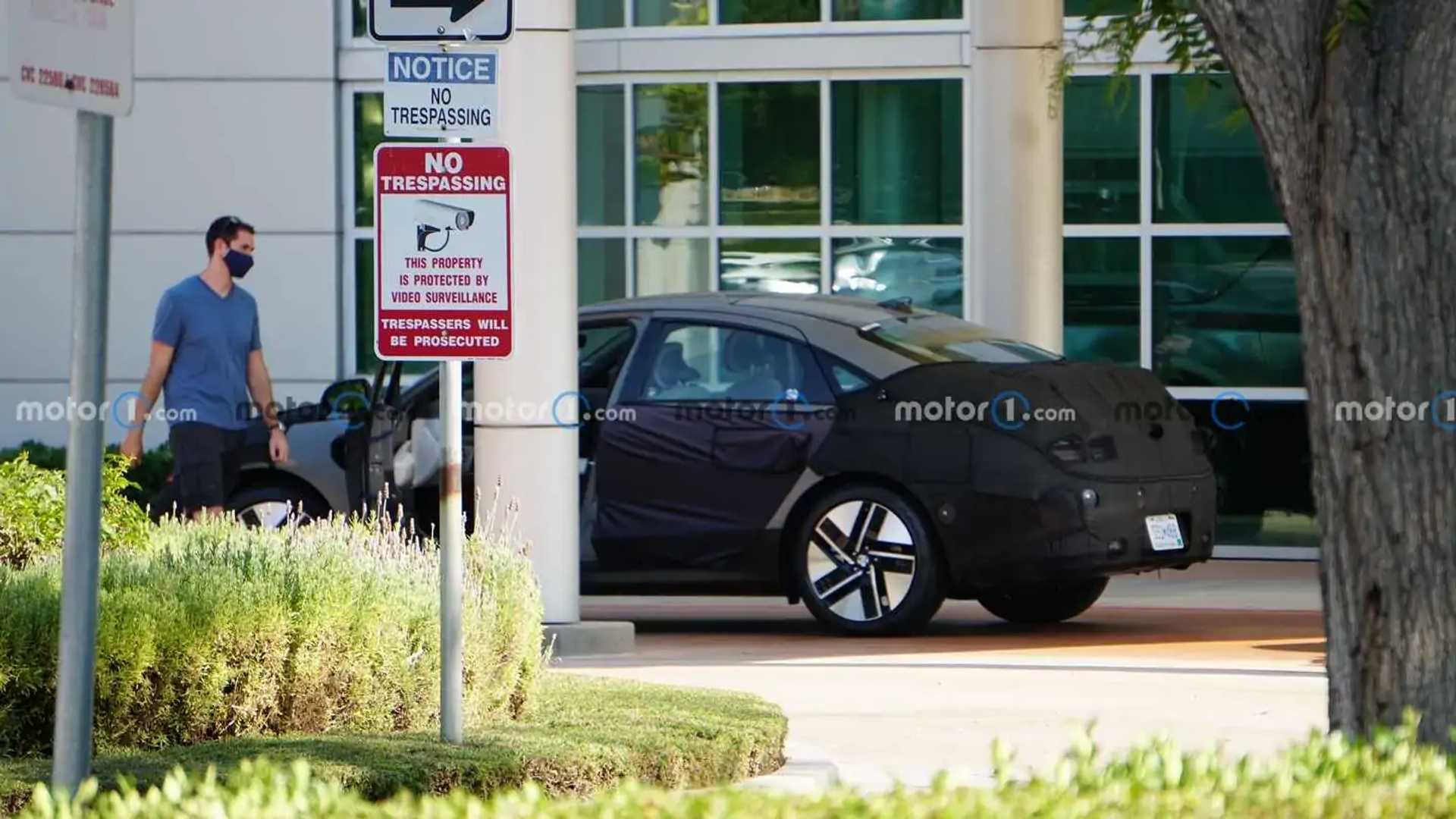 The Ioniq 6 will ride on Hyundai’s E-GMP platform, which also underpins the new Hyundai Ioniq 5 and a whole slew of the brand’s EVs – including models from Genesis and Kia. The shared platform means we’re likely to see the Ioniq 5’s powertrains find their way into the Ioniq 6. The single-motor rear-wheel-drive model should offer around 300 miles of range, while the all-wheel-drive dual-motor variant should provide about 270 miles.

We expect a high-performance N variant to arrive at some point, too, offering even more performance, though that will likely debut after the regular variants break cover. The 6 looks ready for production in the video, though the reality is that we’ll be waiting a bit for the official reveal. Hyundai isn’t expected to debut the new EV until later next year before it arrives as a 2023 model.