2021 has been an eventful year for Mercedes as far as EVs. We’ve seen the EQA and EQB compact crossovers join the range, along with the EQS flagship and its sportier AMG counterpart. Not only that, but the three-pointed star also previewed a Maybach EQS SUV with a posh concept car at IAA Munich where it unveiled the EQE sedan. The latter will spawn an SUV next year, and in the meantime, our spies have caught it on camera for the first time.

Captured in a remote area in Germany, the EQE SUV already has the full production body and final taillights, suggesting its official premiere could take place in the first months of 2022. The test vehicle rides on a set of rather unusual aero wheels and hides a design likely similar to that of the EQS SUV seeing as how their sedan counterparts are very much alike. 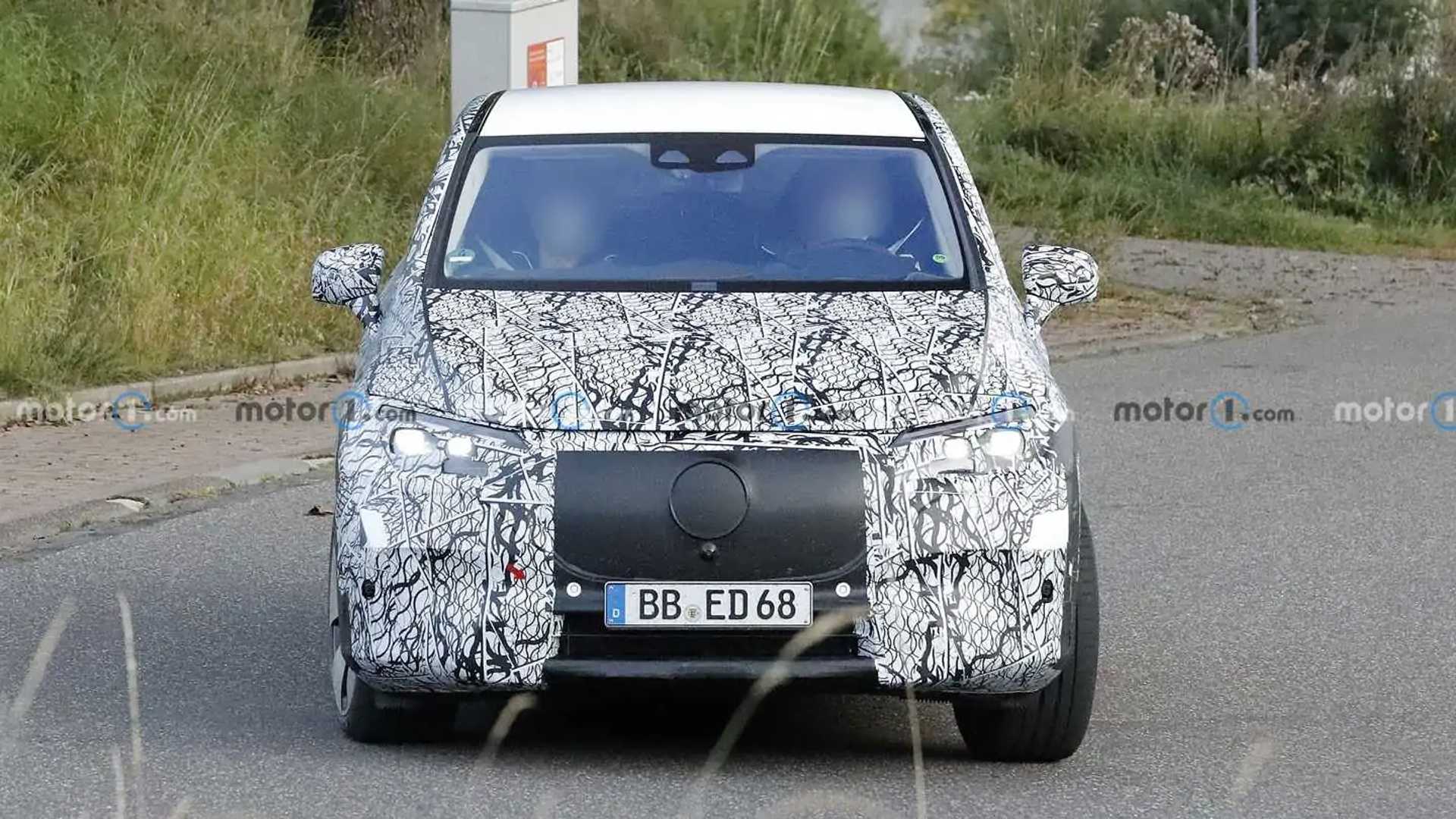 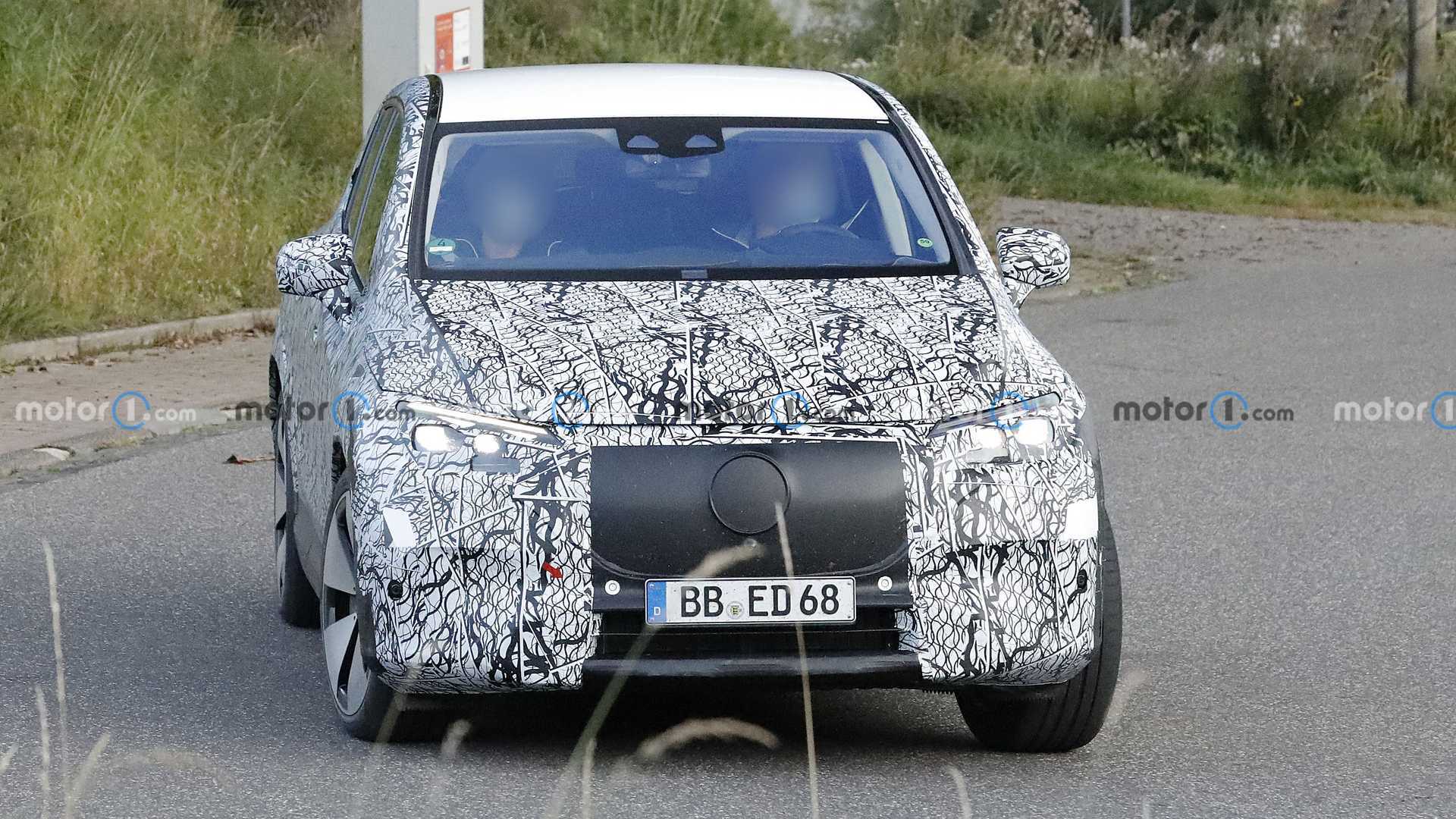 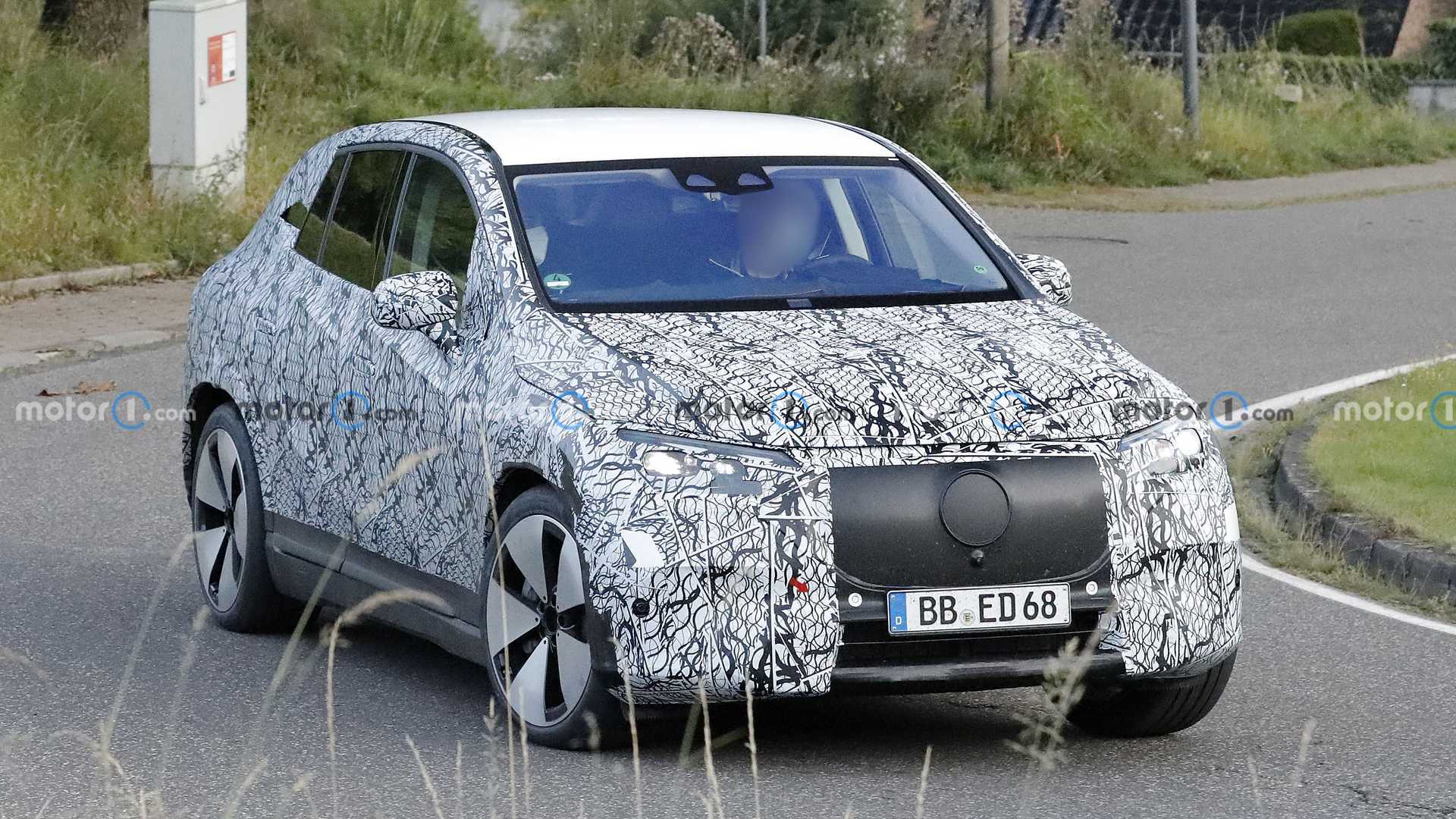 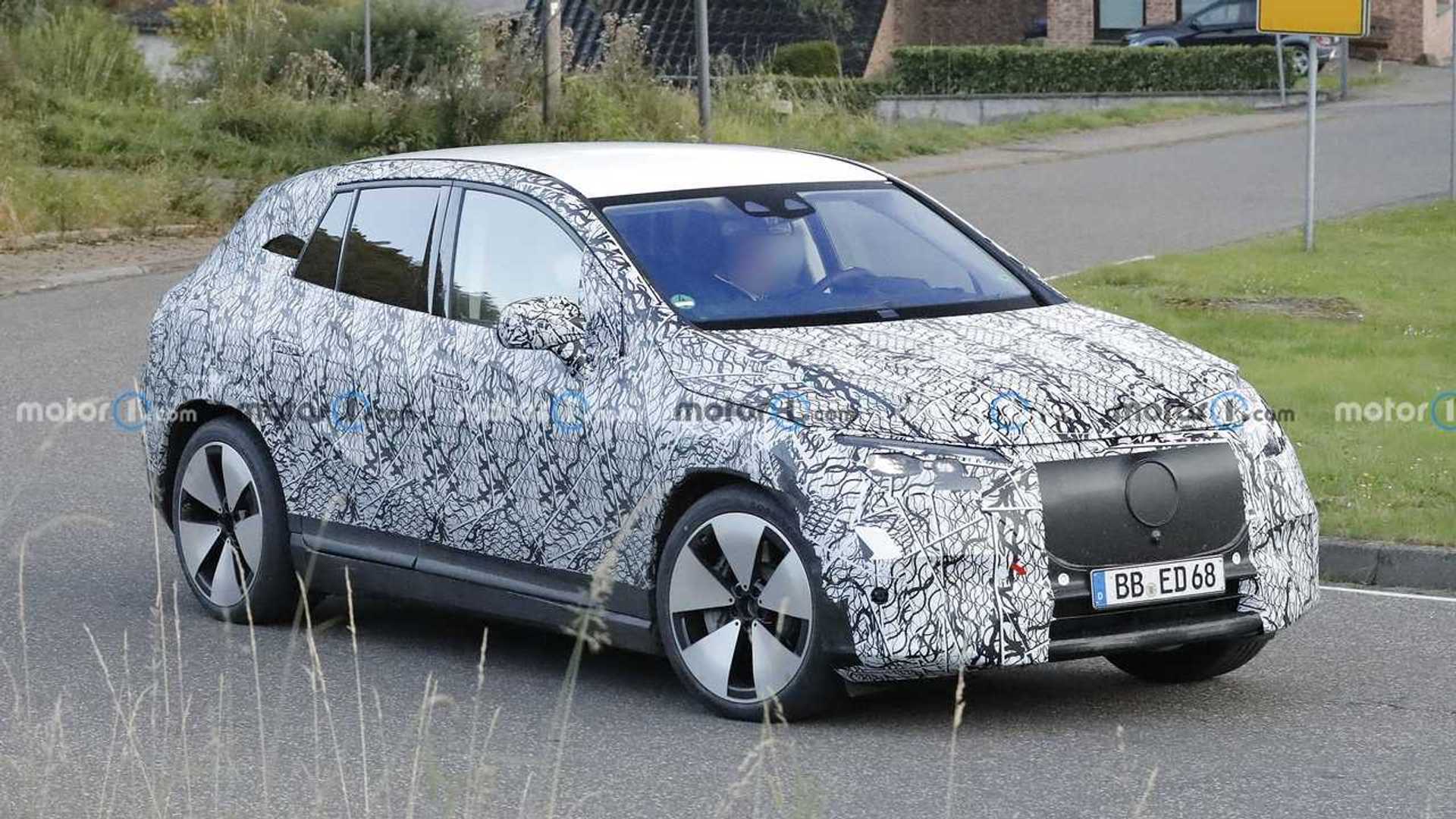 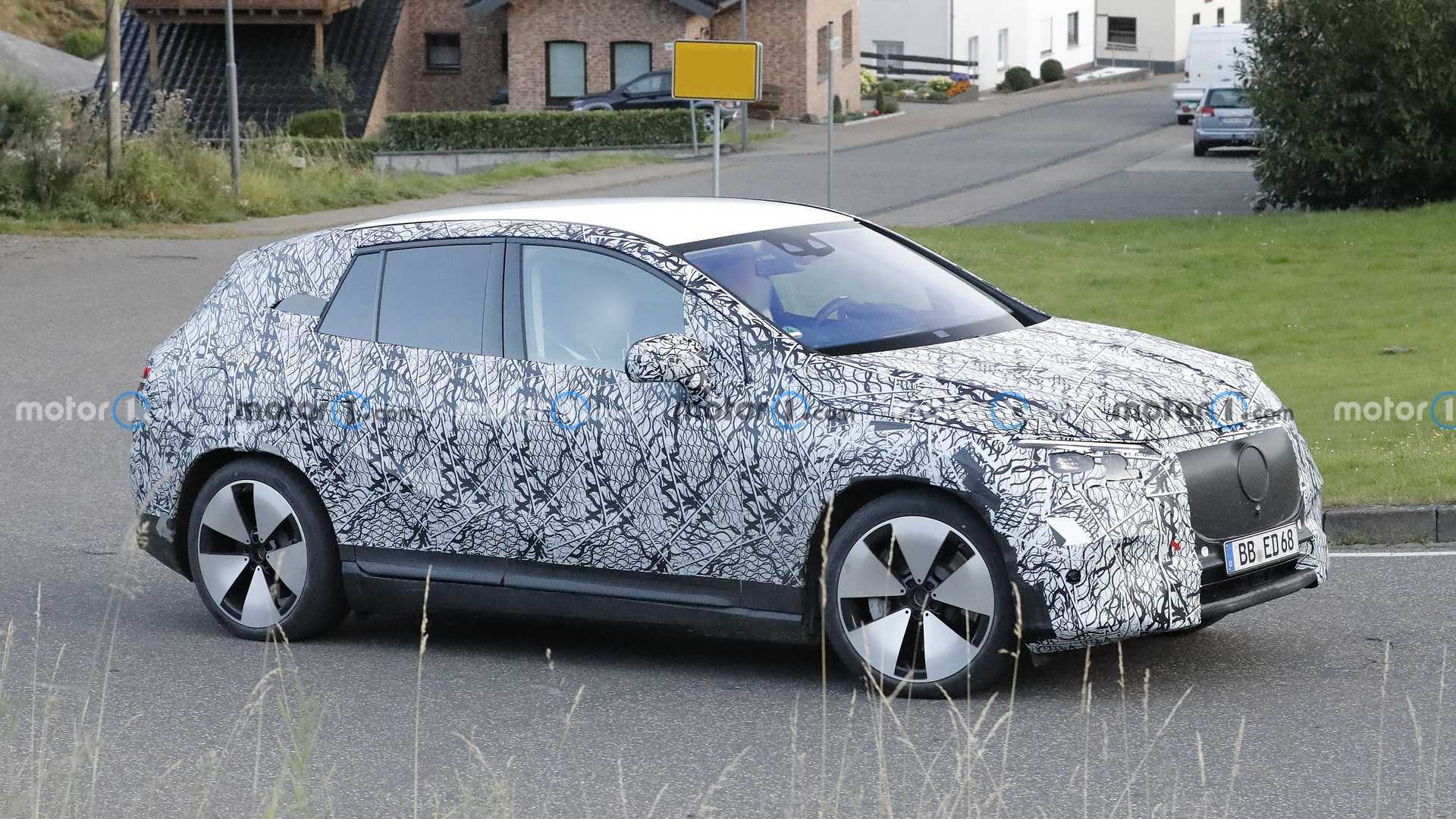 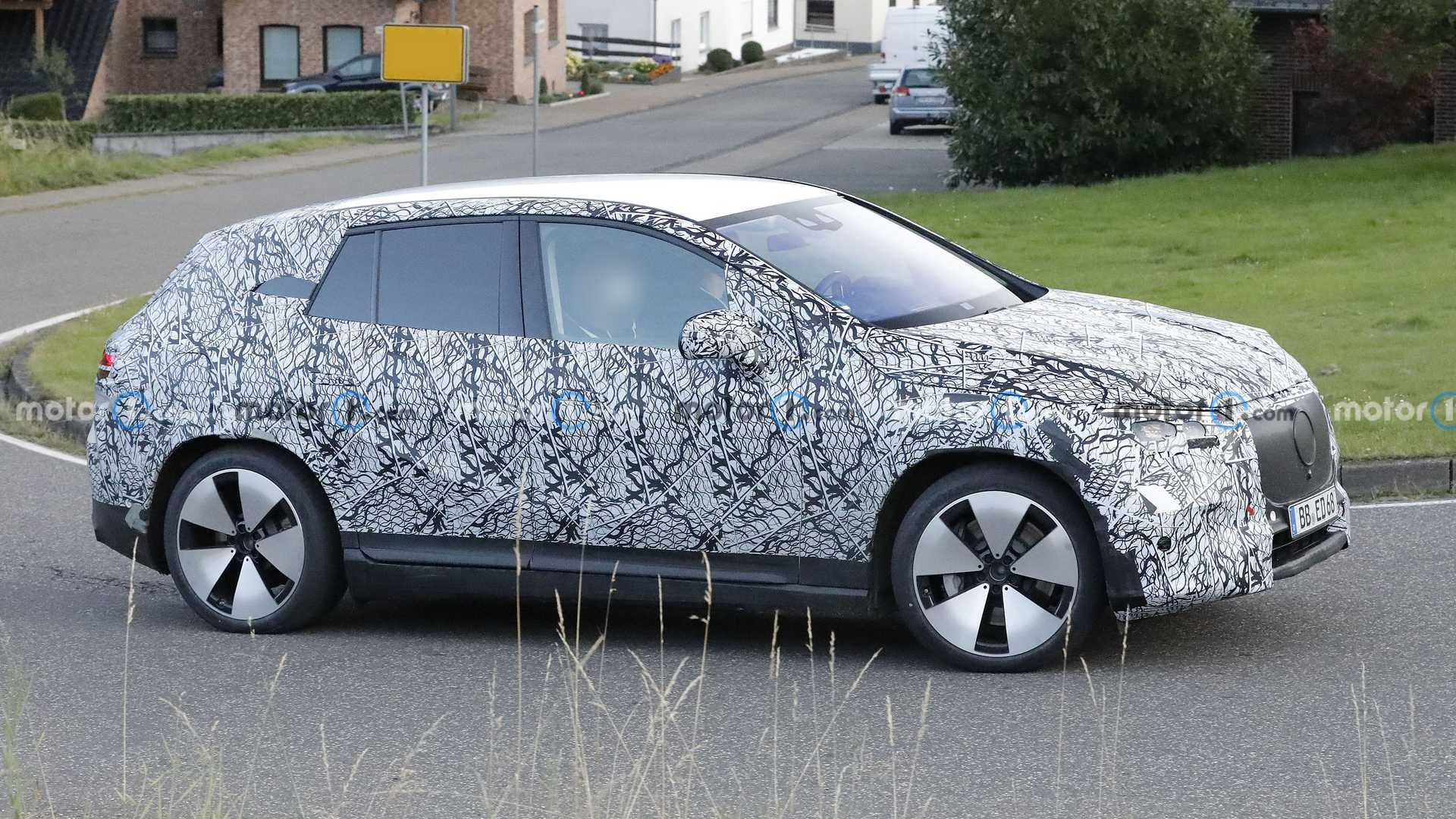 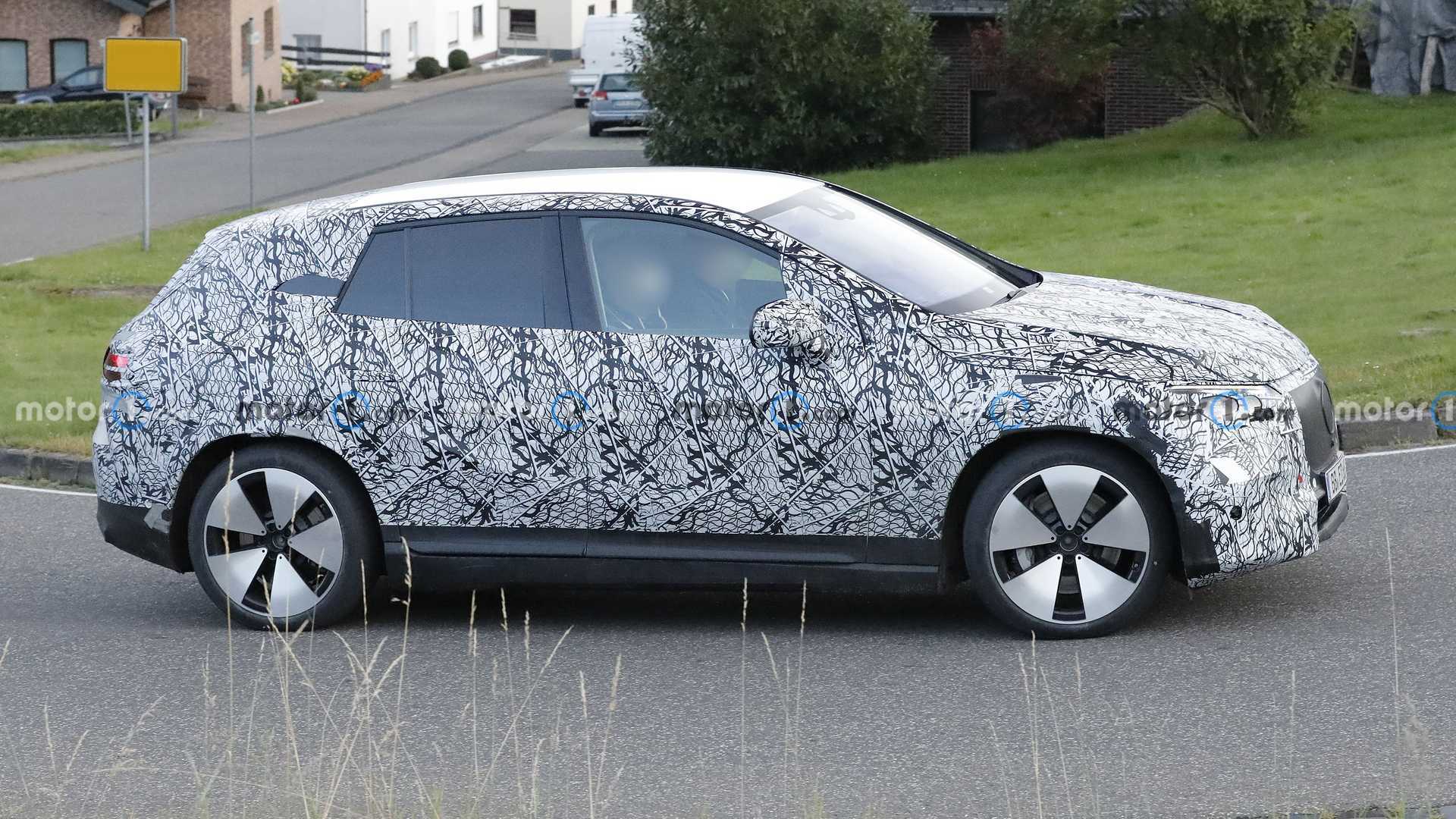 As it’s the case with the EQE sedan, its SUV twin has pop-out door handles that remain flush with the bodywork for better aero. The same can be said about the location of the side mirrors, mounted lower on the doors to reduce drag. We are getting the impression these spy shots give the sensation of a much smaller crossover when in fact the EQE SUV will be quite large considering the sedan stretches at 196.6 inches (4,934 millimeters).

Mercedes will likely sell the EQE SUV in both rear- and all-wheel-drive flavors to mirror the sedan. The EQE SUV 350 will feature a rear-mounted e-motor good for 288 horsepower (215 kilowatts) and 391 pound-feet (530 Newton-meters) of torque. Technical specifications for the 4Matic-equipped model have not been disclosed, but it will certainly have more punch after adding an e-motor at the front axle. Recent spy shots of an AMG EQE 53 sedan could indicate the SUV will also receive a high-performance version.

Since the EQE sedan already has an avant-garde cabin pretty much identical to that of the larger and more expensive EQS, their SUV siblings should also largely share the interiors. The air suspension will ensure a silky-smooth ride, while optional rear-wheel steering (up to 10 degrees) will make it more maneuverable around town by reducing the turning circle.

While the EQE sedan is seen as an EV companion to the E-Class, the EQE SUV will be an electric cousin of the GLE on a separate, dedicated platform conceived from day one exclusively for zero-emissions models. It should have the same lithium-ion battery pack as the sedan, meaning a 90-kWh usable capacity with likely less than the 410-mile WLTP range of the saloon considering the SUV will be a tad heavier.

The EQE SUV will hit the market in 2022 and is going to be assembled at the Tuscaloosa plant alongside the bigger EQS SUV as well as the gasoline-fueled GLE, GLE Coupe, and GLS.

This 503bhp Ferrari Testarossa Restomod Has A 9000rpm-Capable Flat-12