50 Years With His High School Sweetheart, a 1963 Chevrolet Impala SS409

Over the past couple of decades, the muscle car hobby has grown exponentially, and the value of authentic, high quality cars has risen accordingly. One of the most significant forces driving this has been the desire of enthusiasts who experienced the first golden age of muscle cars to recapture a slice of their youth. Today, baby boomers are willing to pay whatever it takes to acquire a hot set of wheels just like the one they either owned back in the day or lusted after but couldn’t afford to buy.

A very few, extremely fortunate individuals don’t have to dig deep to recapture a snapshot of their young and wild days because they never let go of the sweet ride that carried them through their teenage years and young adulthood. New Yorker Henry Pagliocca is ecstatic to be among this group. In 1969, as a high school student, Pagliocca gleefully spent $775 of his hard-earned savings to buy the Palomar Red 1963 Impala SS409 you see here. He has loved it each and every day of the 50 years since.

“I was a budding motorhead,” Pagliocca recalls, “and spent many weekends detailing my dad’s Fawn Beige 1961 four-door Impala. But it was a six-cylinder and just wouldn’t meet my requirements, so I couldn’t wait to buy my own car. My choices came down to a 1966 Impala SS for $1,600 or a 1963 SS for $775. I chose the latter and to this day have no regrets.” 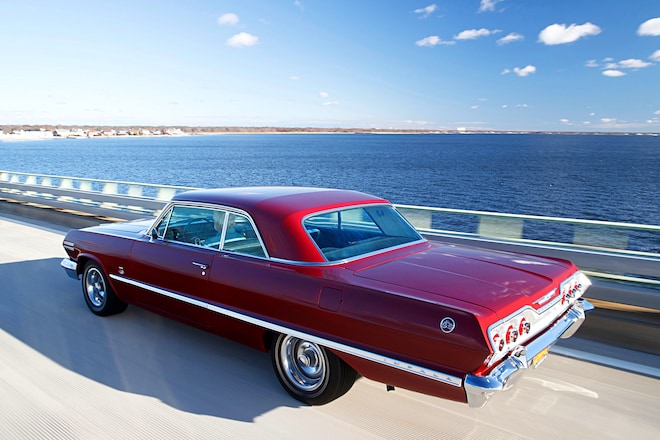 Right from the beginning, Pagliocca had a deep appreciation for stock muscle cars, but he did make a few minor alterations to his car shortly after buying it. The original 14×5-inch steel wheels and SS hubcaps gave way to 1969 Corvette–spec 15×8 Rally wheels. In an effort to tighten up the car’s handling, he also replaced the front antisway bar with a larger-diameter bar, anchored to the chassis with polyurethane bushings instead of rubber ones. At the other end, he removed the factory springs and installed higher-rate springs sourced from a Chevy station wagon, and installed Gabriel HiJackers air shocks in place of the stock Delco oil shocks.

For the first few years he owned the Impala, it was Pagliocca’s only car, and he used it every day. “I spent many hours enjoying driving the Impala everywhere on Long Island and on trips to Massachusetts to visit family. Much of the time my best friend Karen and her best friend Susan, who was my girlfriend back in the day, could be found driving around with me. Well, as you know, the Impala SS is a bucket seat car, and nobody wanted to sit in the back, so Sue would sit on the console while Karen sat in the passenger bucket, and off we would go. Try that these days! 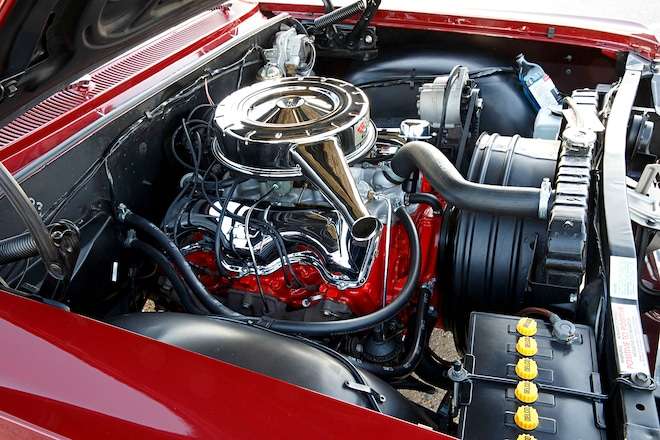 “When it came time for the 1969 Sewanhaka High School prom, the Impala was pressed into service, and my prom queen Sue and I were off for that special night. With life being what it is, Sue took one path and I another, but to this day we are still best friends, and she often asks how ‘her’ Impala is doing.”

Pagliocca occasionally blasted his 409 down the track at New York National Speedway and other area dragstrips. He was also well known on Long Island roads favored by stoplight drag racers back in the 1960s and 1970s, and like others at the time, ran his car on the old runways of a decommissioned United States Air Force base called Mitchel Field.

“We were more or less allowed to run our cars down the old runways of Mitchel Field, which is now the site of the Nassau Veterans Coliseum. Incidentally, it’s also next to the site where Charles Lindbergh took off for his historic flight across the Atlantic. We would run our cars, and as long as we shut down before the area where the remote-control airplane guys shared the other end of the runway, everyone was happy.”

Cruising with girls at his side, thundering down dragstrips, and blasting along old runways was quite typical of the Long Island car scene back in the day. But for a stretch of time in 1969-1970, Pagliocca also used his 409 in a very unusual way. 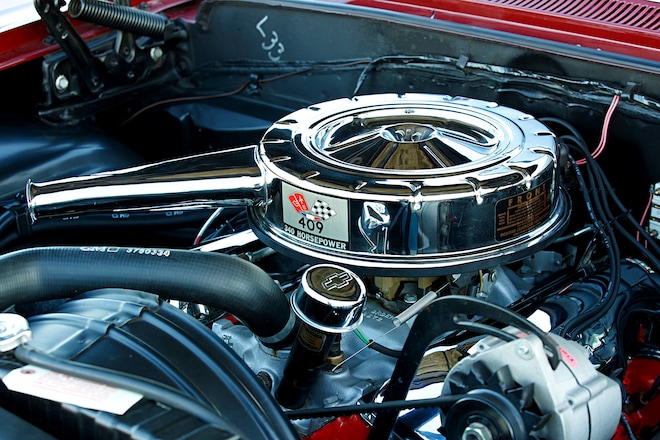 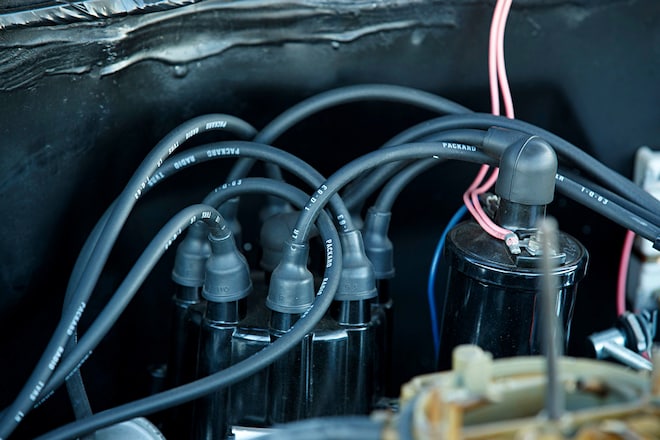 “That’s a funny story,” he recalls with a hearty laugh. “The Impala was pressed into service as a delivery truck for a while. In 1969 and ’70, my buddy Ed Rodgers and I were working in the appliance department of the local Times Square Stores department store. Ed and I would get a whole five dollars to deliver and then set up washers and dryers. Getting the appliances to the buyer’s home was our responsibility, and Ed had a 1969 Olds 4-4-2. The appliances obviously wouldn’t fit in a trunk of a 4-4-2, but the deep trunk well of a ’63 Impala had enough room! We would split the five dollars, and with a gallon of gas costing around 33 cents, that would be half a tank of gas for each of us. With the kind of fuel economy 4-4-2s and 409s got, every bit helped.”

When Pagliocca went off to Penn State University, he took an Opel Kadett wagon with him and left his beloved 409 in storage at his parent’s house. But the Impala, which he says is the most reliable car he has ever owned, was pressed back into service when the overly enthusiastic driver of a 1968 GTO rearranged the Opel’s diminutive front end bodywork. To protect the Impala from the ravages of Pennsylvania’s winter weather, and to protect his delicate student wallet from the ravages of the Impala’s 9 mpg, Pagliocca put it back into storage as soon as the Opel was fixed.

The power of his protective instinct for his beloved car was very effectively harnessed by his bride-to-be when it came time to make nuptial plans. A car enthusiast in her own right (she still owns the 1977 Z28 she bought new!), fiancé Louise readily agreed to ride with her new husband in his SS409 from the wedding ceremony to the reception hall. Yet in keeping with tradition, she wanted to get to the ceremony in a limousine. 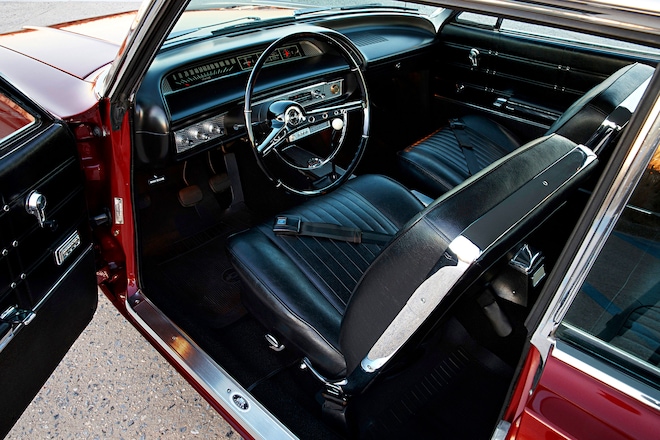 Pagliocca says, “I didn’t want the expense of a limo for my future bride Louise’s very short ride to the church, but with the ladies being so much smarter than us guys, her reasoning was, who is going to keep an eye on the Impala while we are in the church? I couldn’t argue with that logic, so she got her limousine. And by the way, the female limo driver, who we asked to watch the Impala, wanted to trade her new limo for my car, but of course I declined the offer.”

The loving care Pagliocca lavished on his SS409 over the years was paid back both in terms of sheer fun and faithful service. “It has served me and the family well over the years, and, believe it or not, it has never, ever left me stranded in 50 years. So much for the myth of the poorly made American car.”

Though its reliability has been impeccable, the car did deteriorate slightly in places from some 122,000 miles of use and the sheer passage of time. Several years ago, with the full support of Louise, who has always been supportive of his automotive obsession (which Pagliocca tells us he considers both a blessing and a curse), he did a comprehensive body-off restoration that returned his Impala to virtually new condition. He tapped the talents of Larry and Anthony at ABA Auto Collision for body and paint work, and relied on Nick Giordano and his skilled technicians at Unique Performance in Medford, New York, to take care of the car’s mechanical needs, including disassembly of the engine for a comprehensive rebuild that was stock except for a slightly hotter cam. Promar Precision Engines in Patterson, New Jersey, did all of the machine and balancing work for the engine. Nessenger Chevrolet parts guru Bob Jett and ace upholstery man Don Zadericki were also extremely helpful, with the latter in charge of installing the car’s new seat upholstery, carpet, and headliner. The rest of the interior remains original. 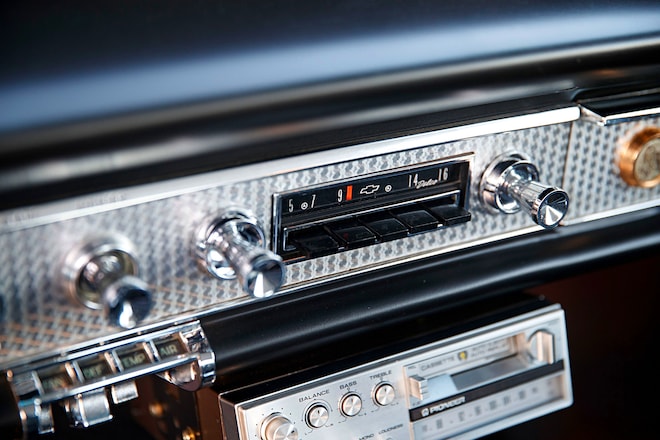 Pagliocca no longer races his potent Impala but still enjoys driving it very much. He is also a regular at area cruises and shows, where the car has earned many First Place and Best in Show trophies.

When buying the car half a century ago, he was motivated by the thoughts and urges of a 17-year-old boy, and could not have possibly predicted how much the car would mean to him as they grew up and grew older together. Every time he slips into that oh-so-familiar seat, looks at all the beautiful details in the instrumentation and trim that surrounds him, inhales the distinctive odor that is so characteristic of vintage cars, and turns the key to fill his ears with the soft roar of his so-fine 409, it brings back a flood of wonderful memories. Today, half a century after it first grabbed ahold of his heart, Pagliocca loves his magnificent SS409 every bit as much as he did on that magical day in 1969 when the two first came together. 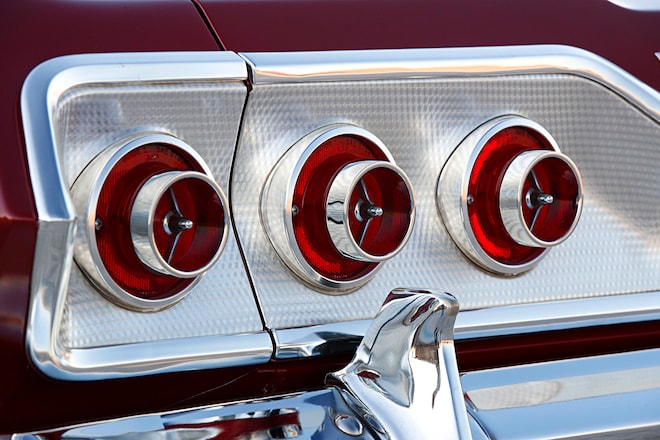 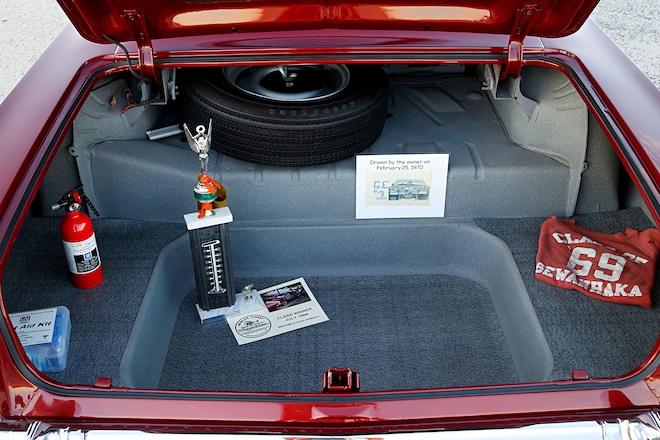 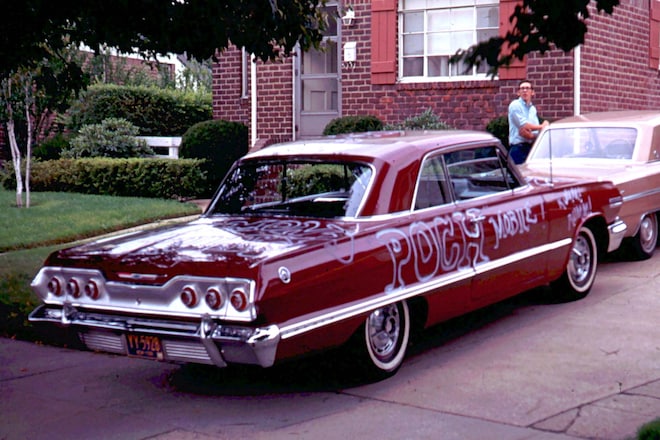 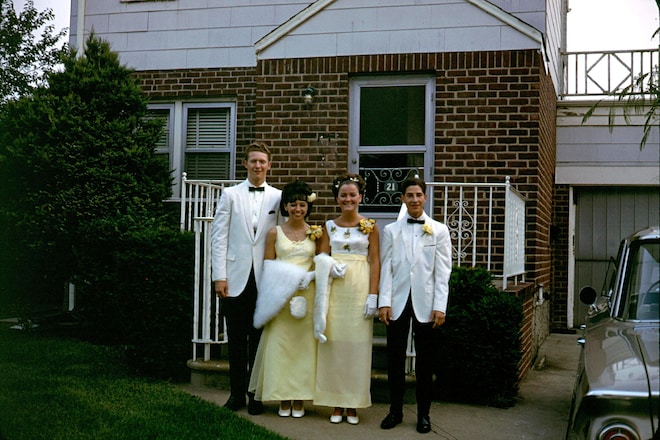 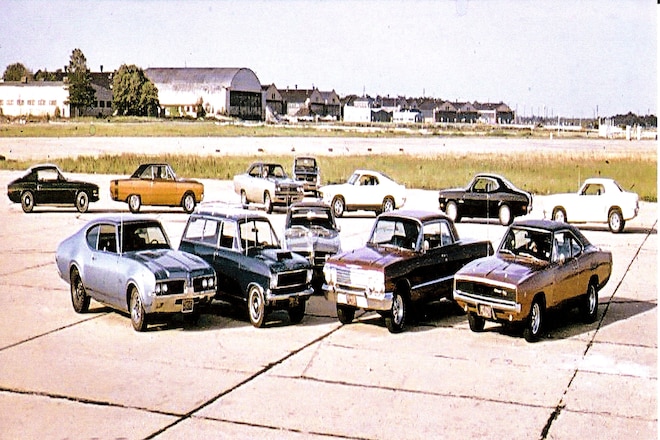 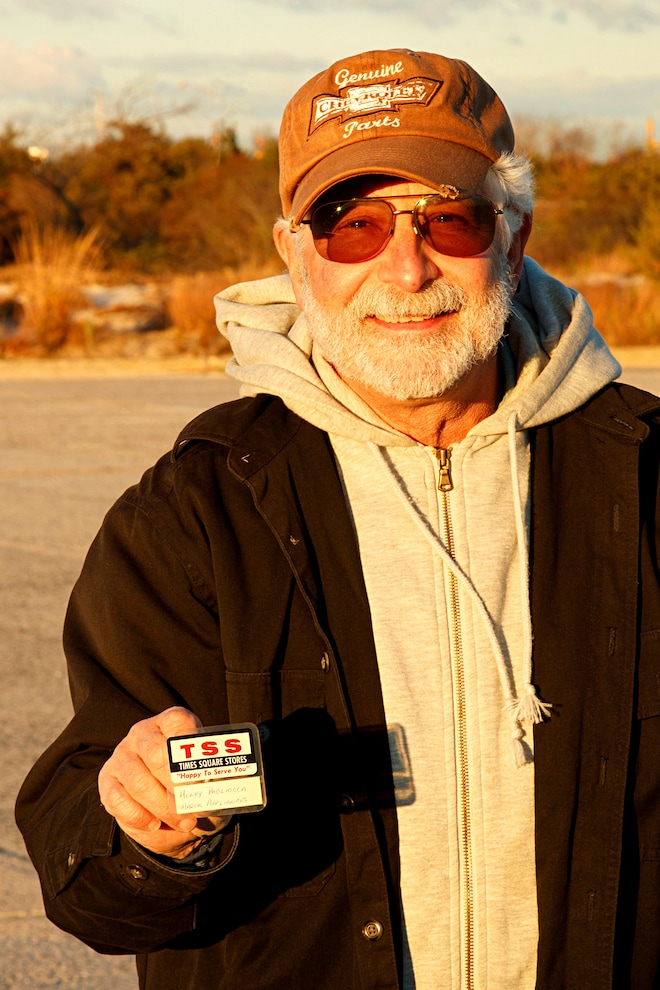 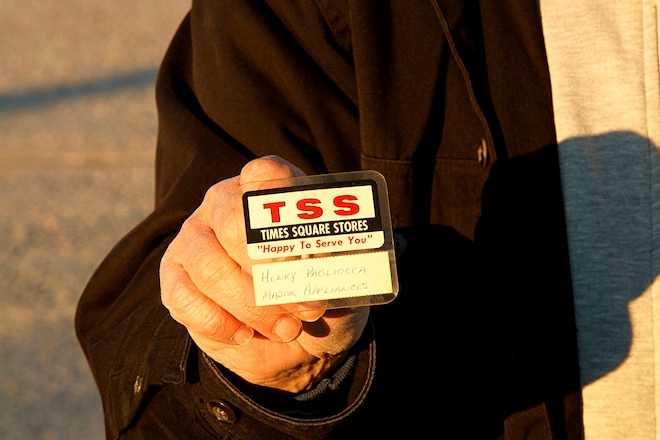 Here's How to Get a Shelby Cobra on the (Relative) Cheap