The suspense is killing us.

It was May 2019 when our spies first laid eyes on the next-generation Audi RS3 disguised as a test mule carrying the body of its predecessor. Subsequent spy shots showed the performance compact with its own sheet metal, but it is March 2021 and we’re still patiently waiting for the camouflage to drop. That should happen in the near future as these prototypes had only a thin strip of disguise.

Caught near the Nürburgring (where else?), the RS3 double-trouble seemed to have all of the final bits in place, including the bulging fenders and large air intakes. Speaking of which, a closer look at the front bumper reveals the side air intakes are very much real, which is something we can’t say about those of the latest S3 where they’re completely blocked off and serve only a visual purpose. 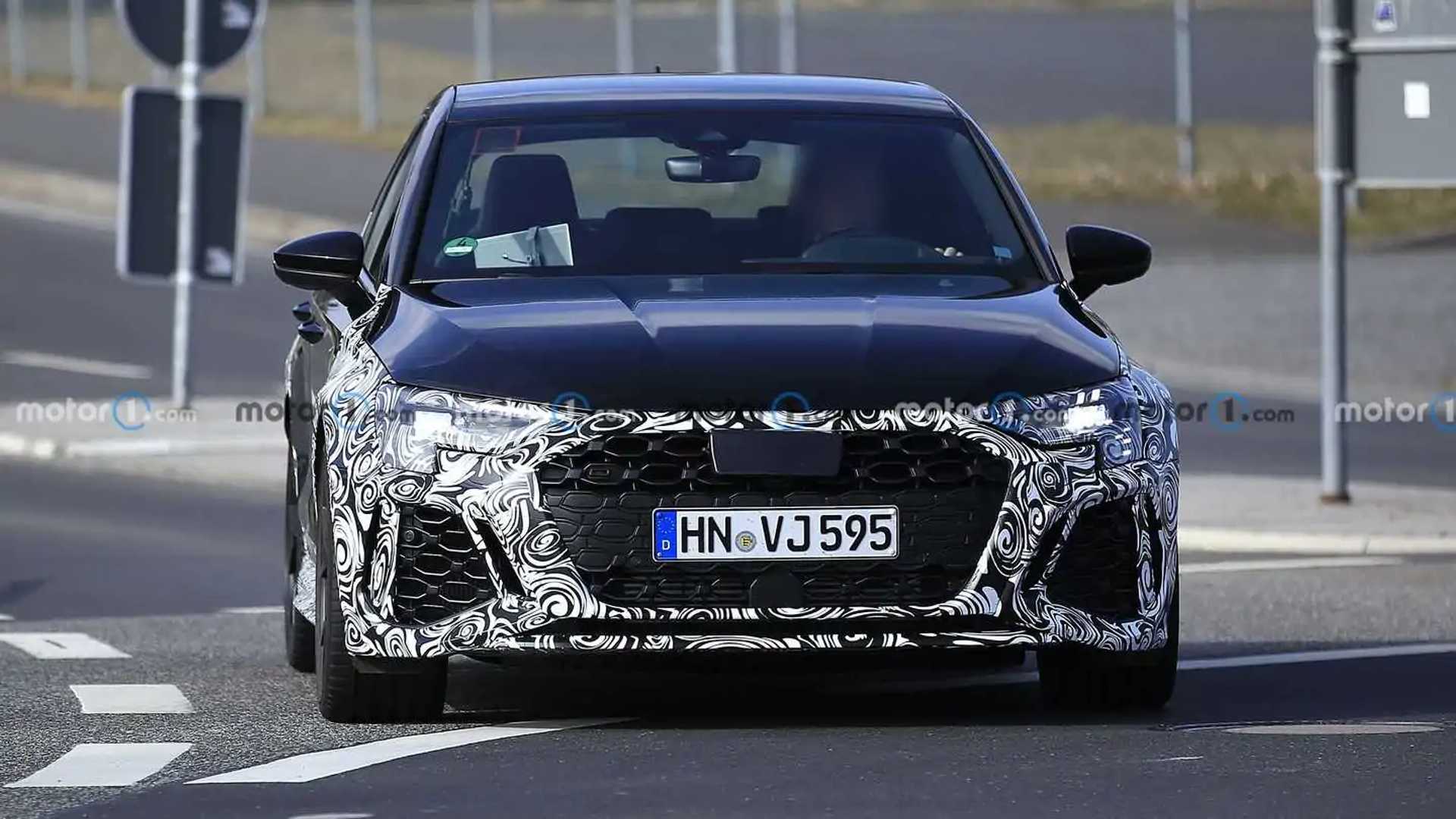 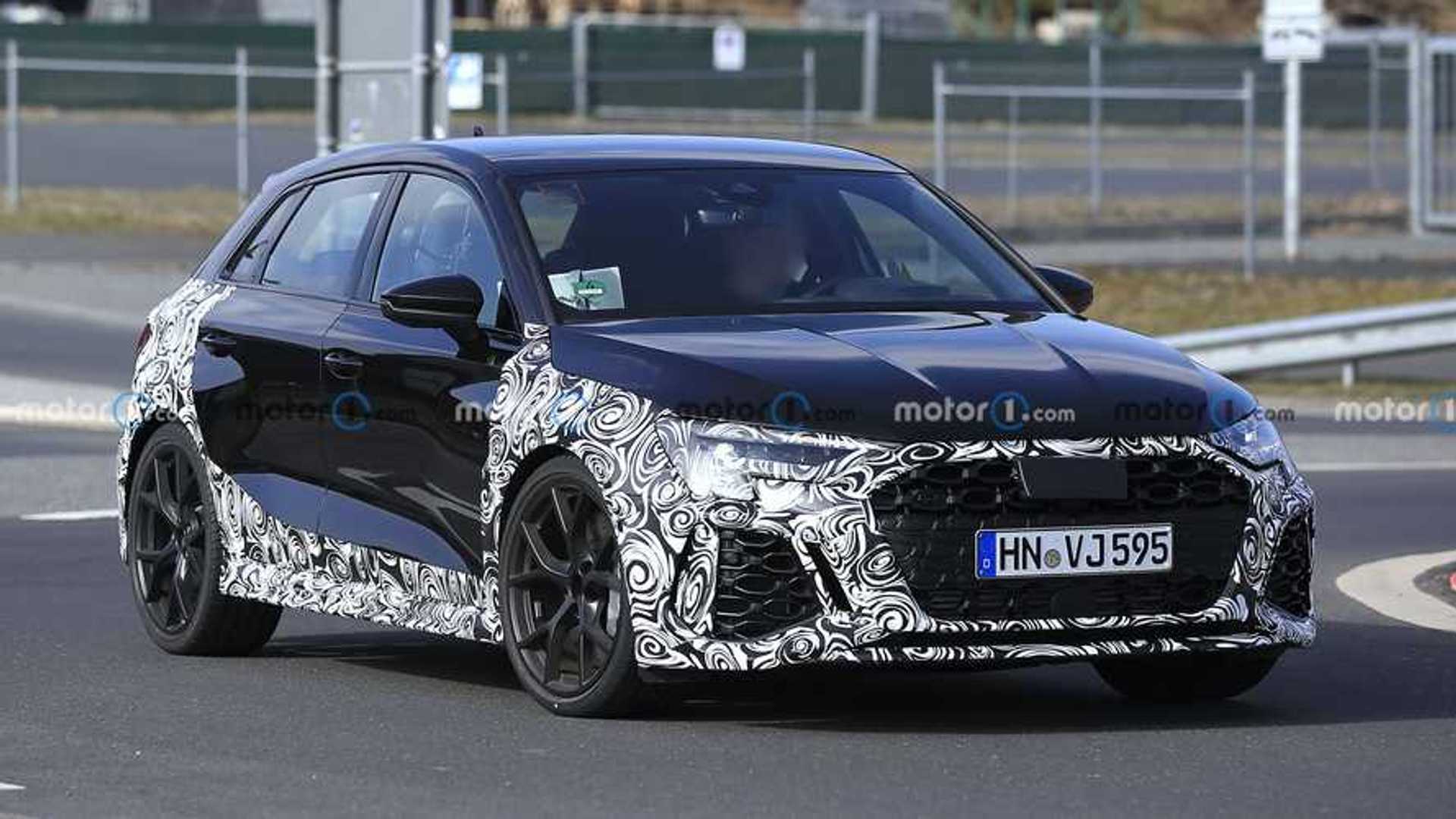 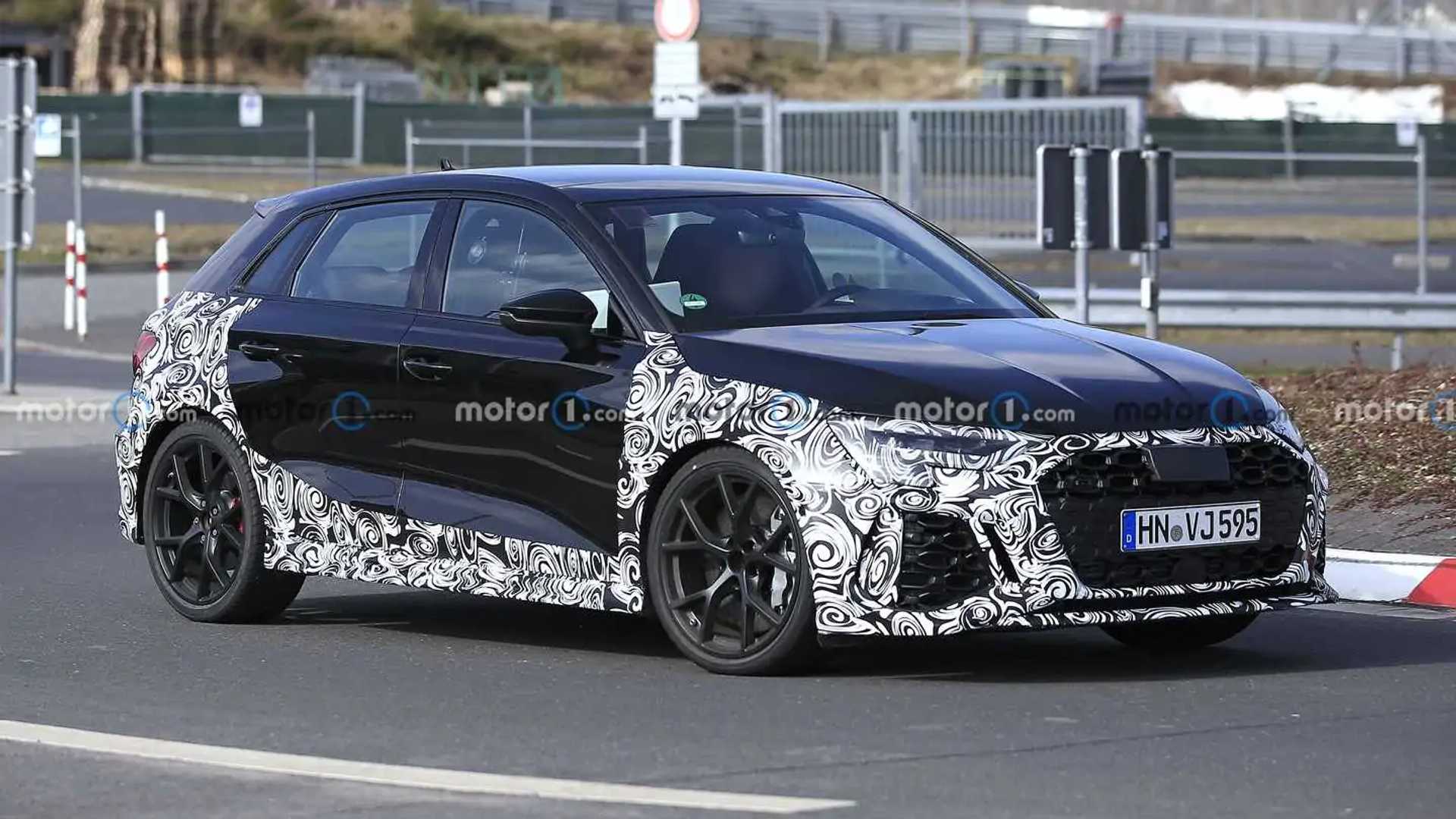 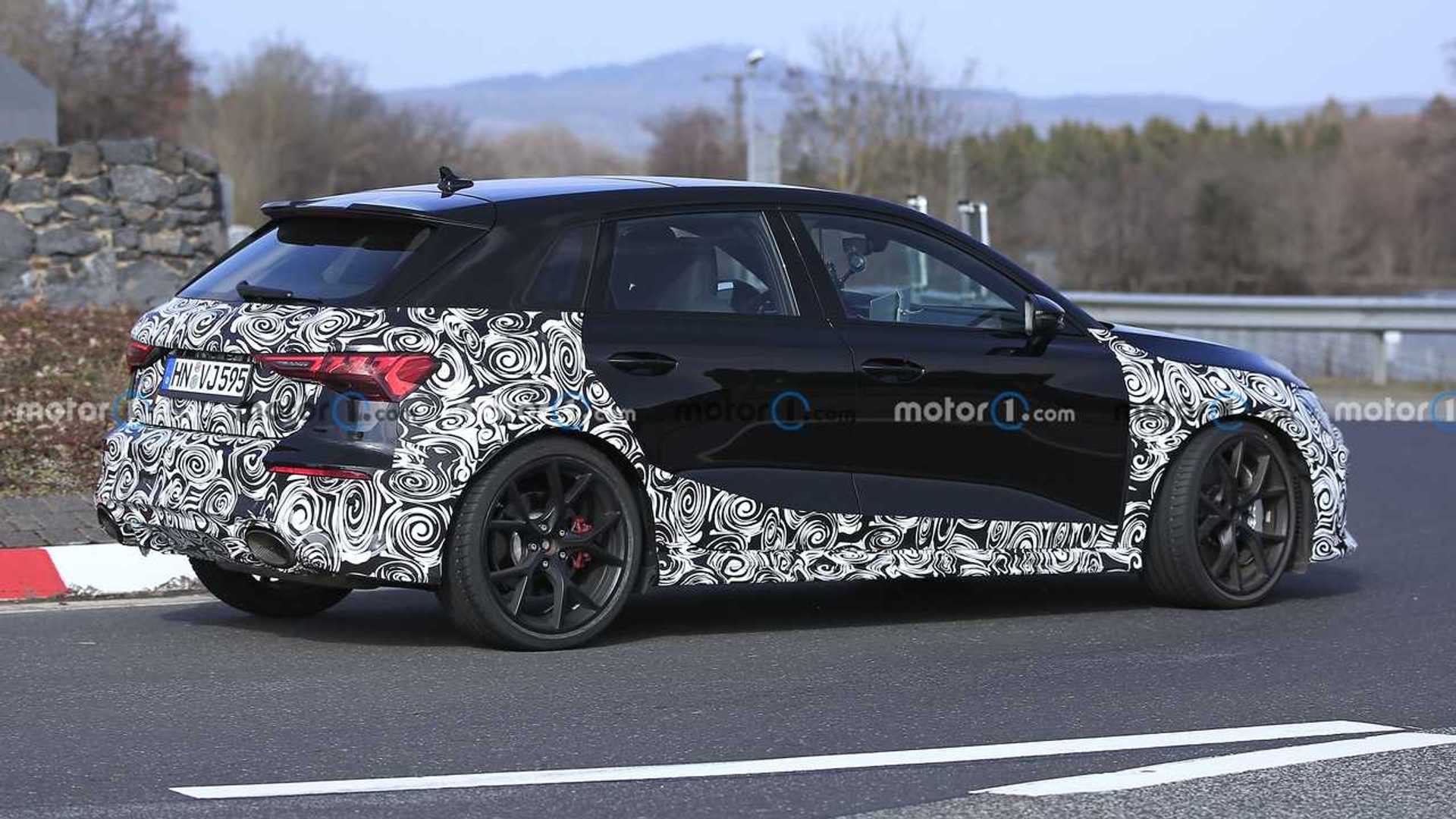 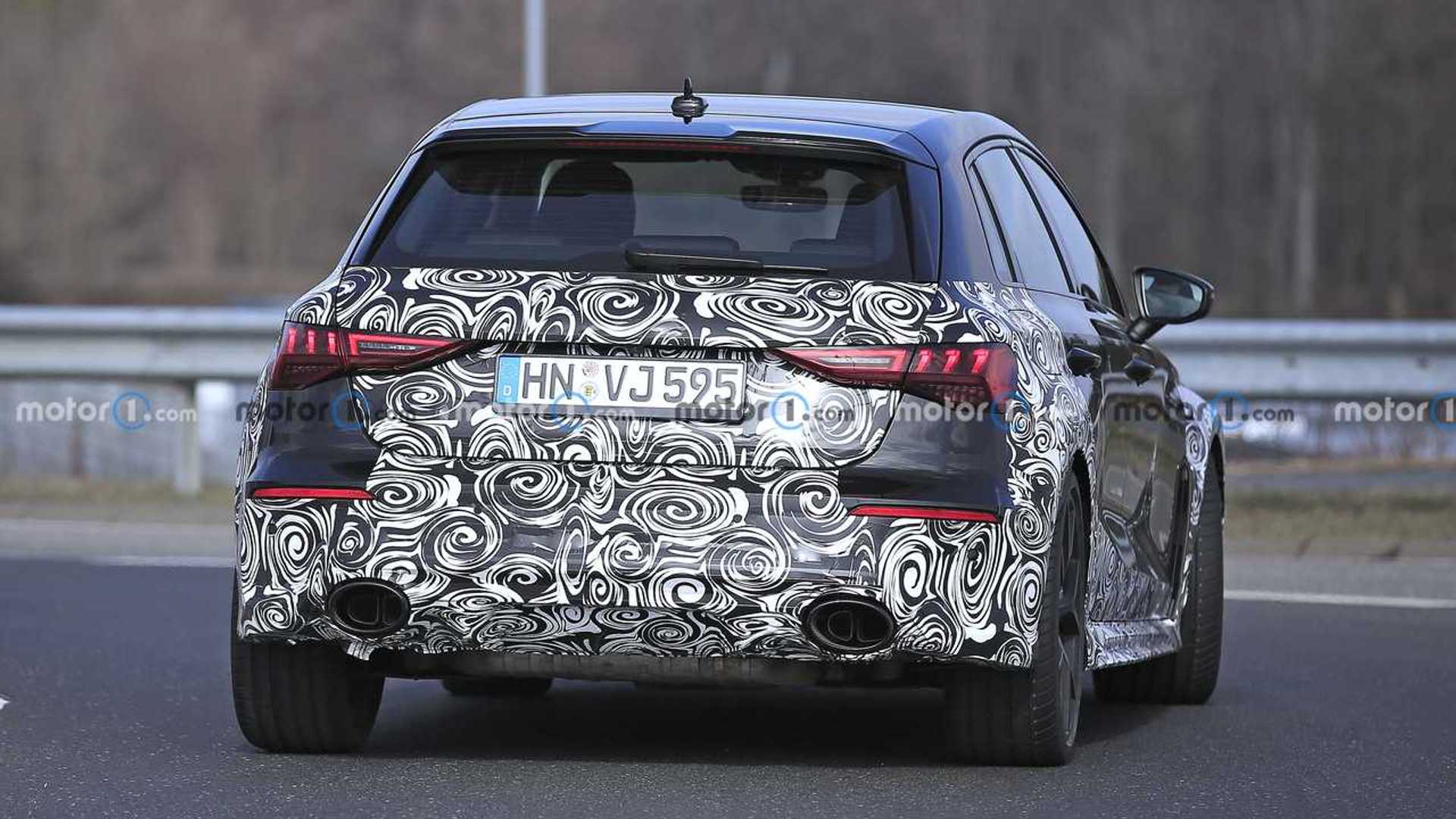 Both the hatch and sedan seemed glued to the road thanks to a stiffer suspension setup for sharper handling. You’ll notice three different wheel designs as the RS3 Sedan had mismatched wheels while the hatchback had its own set. From some angles, we can take a peek inside the cabin where there are sporty front seats with integrated headrests.

Moving at the back, the RS-specific oval exhaust tips denote this version of the A3 sits at the top of the food chain. The five-door model appears to have the same roof spoiler as the S3 Sportback, but maybe that will change on the production model. It’s the same story with the sedan’s trunk lid spoiler, unless Audi will be carrying over these elements from the “warm” performance versions. We are happy to report the S3’s rear “vents” are gone.

At the heart of the new RS3 models will be Audi Sport’s glorious 2.5-liter engine. The turbocharged inline-five pumps out 394 horsepower (294 kilowatts) and 354 pound-feet (480 Newton-meters) of torque in other compacts such as the RS Q3 and TT RS. However, multiple reports are indicating the TFSI unit will be massaged to deliver a bit more oomph, around 414 hp (309 kW) and 369 lb-ft (500 Nm) if we were to rely on the rumor mill.

We’ll have to wait and see whether Ingolstadt’s go-faster division will up the power ante, but rest assured the new RS3s will give the Mercedes-AMG A45 / CLA 45 a run for its money.

Romain Grosjean back with Haas in Esports capacity
Car Reviews