This month the two quickest electric cars from Tesla – the Model S and Model X, both in top of the line versions – officially become even quicker, by a 0.1 s.

Since we are at Porsche Taycan, the new 4S version of the car, rated at the 3.8 seconds, was also added to the latest comparison below.

Here it is, the quickest electric cars currently available on the market: 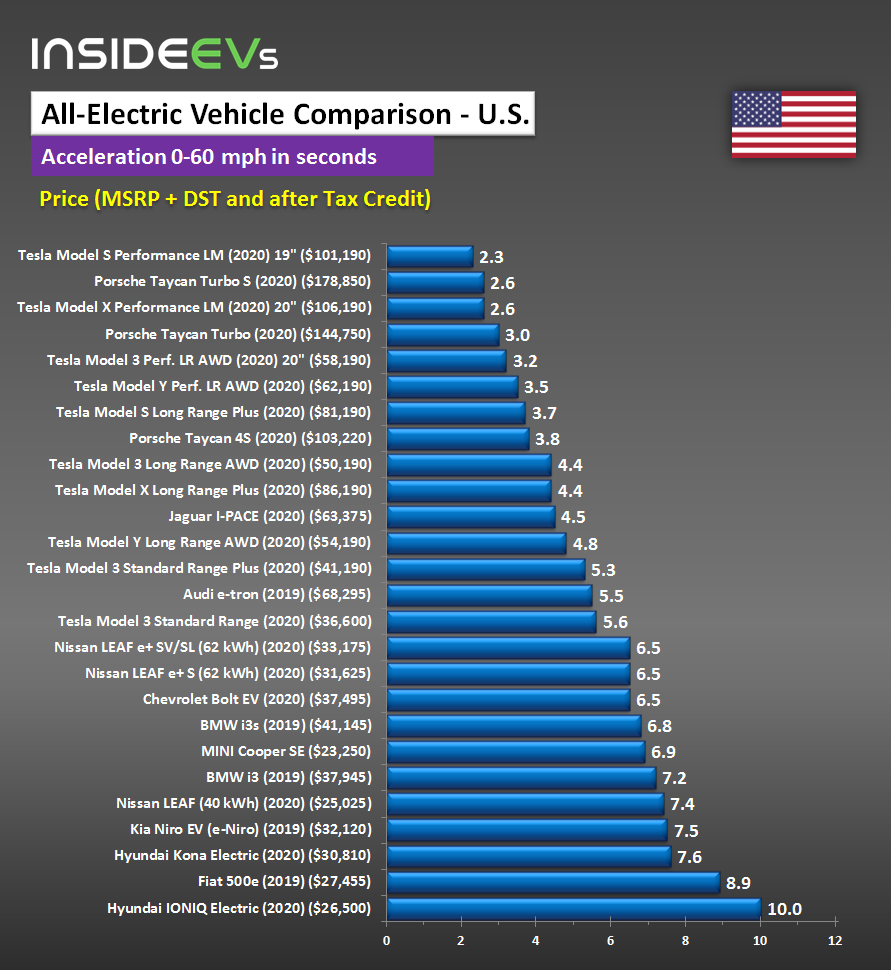 Infographic: How Exactly Is COVID-19 Impacting The Environment?
Car Reviews