BMW is once again entering top-level endurance racing, here teased with a sketch of the future endurance racer. Dubbed the BMW M LMDh, the planned racecar’s sketches were produced from a collaboration between BMW M Motorsport and BMW Group Designworks.

The German manufacturer has confirmed the entry of two LMDh-class prototype racers in 2023 under BMW Team RLL, which will be its LMDh programme run by Rahal Letterman Lanigan Racing in the IMSA WeatherTech SportsCar Championship from 2023 in addition to a two-car effort with the BMW M4 GT3 in the GT Daytona Pro class, which replaces GTLM for production-based cars.

The design process of the BMW M LMDh has been “highly collaborative” between BMW M Motorsport, Dallara and BMW Group Designworks, said the manufacturer, indicating that Dallara will be the chassis provider for BMW’s prototype-class entry from 2023.

Dallara is one of four approved constructors for the LMDh category, with the other three being Oreca, Multimatic and Ligier. 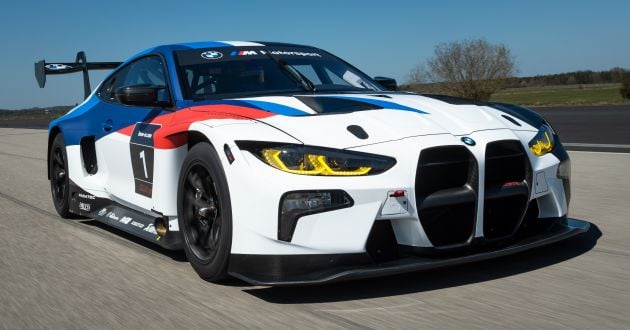 So far, the confirmation of the BMW M LMDh cars’ entry into the IMSA sports car racing series hasn’t included mention of the World Endurance Championship (WEC) series for European entries, though the compatibility of the LMDh with both racing series means BMW can field a return to Le Mans for the iconic 24-hour race of the same name.

Cars of the LMDh category have been pitched as a more cost-effective alternative to Le Mans Hypercar (LMH) – which will see entries from the likes of Peugeot – albeit with the use of upgraded LMP chassis, towards a vehicle weight of around 1,000 kg and a power output of 680 PS.

Also joining the LMDh category in 2023 is Porsche, which will field entries on both sides of the Atlantic in both the IMSA WeatherTech SportsCar Championship as well as the FIA WEC. Its Volkswagen Group member Audi will also be joining the IMSA programme in January 2023 with its Daytona 24 Hours entry, and the four rings will also contest both IMSA and WEC series, also using a Multimatic chassis.