Last week, the folks at our sister site Car Bibles reported that the California Air Resource Board was readying new enforcement on emissions diagnostic testing designed to sniff out vehicles with unapproved engine tunes and fail them during an emissions test. And indeed, after a quick scroll on the governmental agency’s website responsible for California’s vehicle emissions policy, they’re out to squash unapproved tunes.

Given we’re all enthusiasts who’ve modified a car (or seven) in our time, as well as seekers of the truth, The Drive’s Guides & Gear editors wanted to know more. And like us, we knew that you’d have questions worthy of further enlightenment. To that end, we reached out to CARB—which sets California policy—as well as the California Bureau of Automotive Repair—the party responsible for the physical testing of your vehicle—to illuminate those still-darkened areas of how this policy came into effect, how it affects you, which cars are subject to such tests, and more. 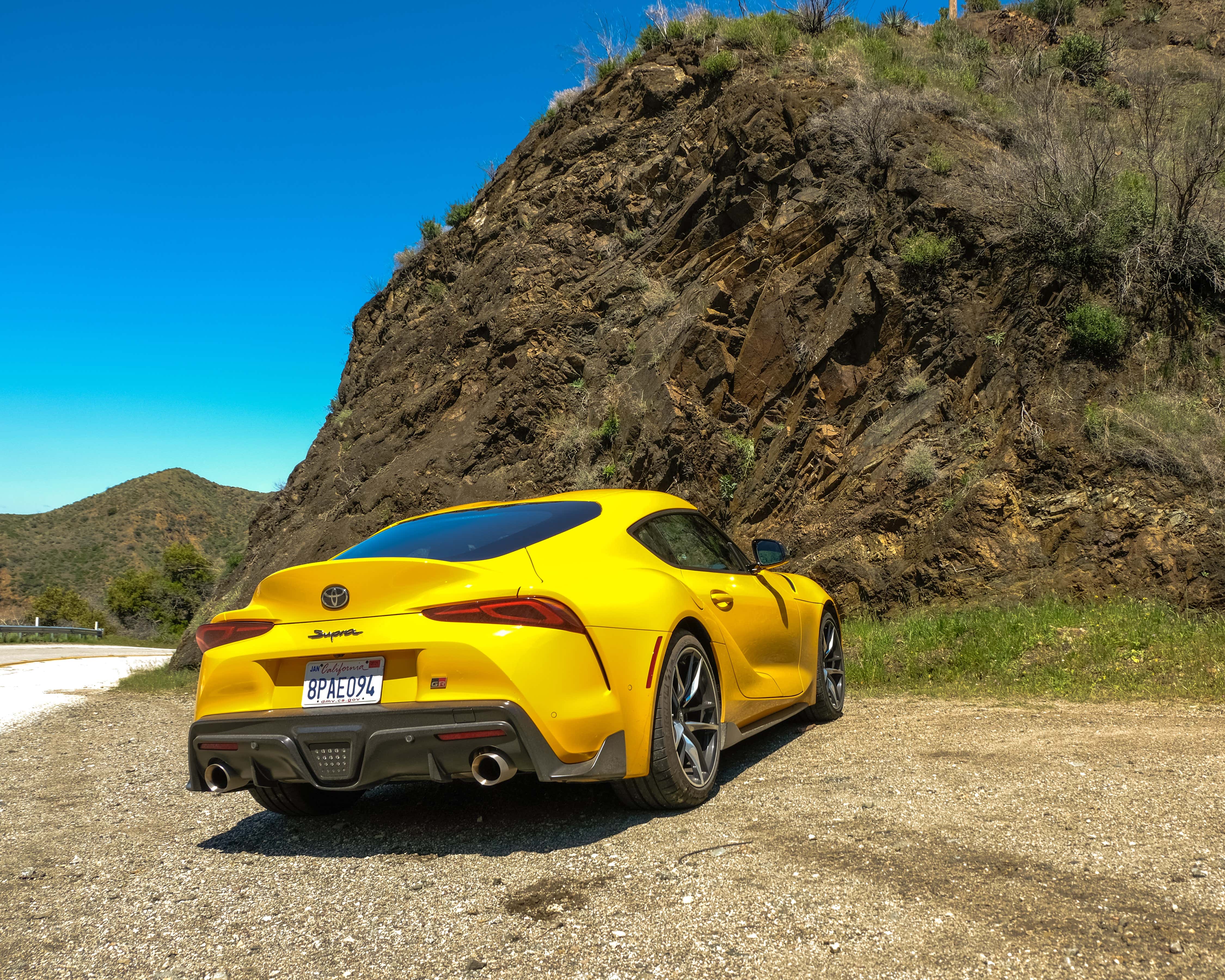 Before we get into those questions, though, let’s talk about the policy and what it actually states. Going into effect on July 19, 2021, the new enforcement—which CARB told The Drive in an email is actually old policy but one that hasn’t been fully enforced until now—is meant to catch emissions defeating engine tunes or ECU maps by aftermarket tuners. The enforcement is part of California’s Vehicle Code and is based especially on Section 27156, parts (C) and (D). That specific portion of the law states:

(d) If the court finds that a person has willfully violated this section, the court shall impose the maximum fine that may be imposed in the case, and no part of the fine may be suspended.”

Based on this, CARB and CBAR can access your car’s ECU through its OBDII port during an emissions test and see if there are any unapproved vehicle tunes. A statement provided to The Drive via email by a CARB official goes into the reasoning behind the new push for enforcement. “We have had enforcement cases against manufacturers and distributors of aftermarket parts based on this issue. And the best examples of all are the alterations of vehicles such as VW did. So it’s always been illegal and vehicles failed when discovered. It’s just been something that typically was only found if the vehicle failed an OBD check or the smog technician noticed physical tampering with the computer or an add-on box. Or in some extreme cases, a police officer cited a grossly smoking vehicle, for example, a diesel truck ‘Rolling Coal’.”

The official added, “Since the beginning of computer-controlled vehicles, software has always been an important part of the emissions control system. So we have always been very clear with the industry as to their responsibility to obtain an EO (Executive Order) to ensure their modifications are legal for their customers. Once OEMs broke our trust with their software cheating, there was ample notice that we would be using all tools available to ensure everybody was following the rules, including the aftermarket.”

We also reached out to CBAR to clarify further questions but haven’t heard back at the time of writing. We’ll update this and other stories if we hear back from the agency that changes the reasoning behind the enforcement update. For now, though, let’s get into a few other FAQs you may have about your tuned car and whether or not you’re about to fail your next emissions test. Mustangs are tuner cars too.

You’ve got questions. The Drive has answers!

Q. So what is California’s official policy on ECU Tunes?

A. The bad: Any non-CARB-approved tune is considered to be a modification to a vehicle’s emission software and is, therefore, an illegal modification that will cause an emissions inspection failure.

The good: CARB-approved tunes are still legal. According to CARB’s website, aftermarket manufacturers can obtain an Executive Order that shows its parts are still within CARB compliance. Specifically, CARB states, “Exempted parts are add-on or modified parts that have undergone a CARB engineering evaluation. If the part or modification is shown to not increase vehicle emissions, it is granted an exemption to emission control system anti-tampering laws. This exemption is called an Executive Order (EO) and allows the modification to be installed on specific emission-controlled vehicles. Every Executive Order part or modification has an assigned number that can be verified by Smog Check stations, BAR Referee stations, or by CARB.”

A. The policy itself to fail a vehicle for modified or non-CARB compliant software was adopted on 1/1/2013, however, enforcement of the policy began on 7/19/2021. We’re not sure why it took eight years for the policy to come into effect.

We asked CARB and its sister agency CBAR that exact question multiple times and didn’t receive an answer.

Q. And what year vehicles will be affected by this enforcement?

A. OBDII-equipped cars and trucks MY1996 and newer.

Q. Are resto-mods included in this enforcement?

A. That’s unclear. We asked both CARB and CBAR but neither provided any information on modified classics. You do still have to get your classic car SMOG checked, though, at least if it was built after 1976.

Q. What methods are being used to determine that a vehicle’s software has been modified?

A. According to CBAR, during a smog check, the vehicle is hooked up to a computer via its OBD-II port and data pulled via the protocol’s Mode $09. This mode, which has the friendly name “Request Vehicle Information,” pulls data like the VIN, ECU calibration info, and performance counters.

The test will then read the Calibration Verification Number (CVN) and Calibration Identification (Cal ID) stored in the vehicle’s ECU to determine if a software modification has occurred.

The CVN acts as a checksum, or thumbprint, of the ECU’s software. This is a computed number based on the parameters within ECU’s programming. When the parameters are changed via a software modification, the CVN will also change. A manufacturer is typically responsible for the method used to determine this checksum, however, simply loading a new software configuration will cause this checksum to change.

The Cal ID is akin to a software versioning number. Simply put, it’s often used by automakers to determine the software revision present on an ECU.

A. California says that if a tune is CARB Executive Order (EO) approved, it will not fail for modified software.

Q. Will this method detect a piggyback tune?

A. No, as these types of modifications are not tweaking the ECU directly, but instead tweaking environmental data sent to the ECU. The CVN and Cal ID remain untouched and thus won’t be detected.

Q. What if the OEM updates the software as part of a recall or Over-The-Air Update?

A. CBAR says that it has been working with OEMs directly to obtain “source data” for vehicles. It anticipates that OEMs will forward this data ahead of the update’s release to consumers to avoid improper failures.

Q. Does California have enough data to reliably ID cars with modified ECUs?

A. California has been collecting CVN and Cal ID data during BAR-OIS inspections since 2015. The agency feels that it has enough data to reliably identify modified ECUs.

Q. How many vehicles will this affect?

A. Each day, California inspects 33,000 vehicles on average. Around 80 percent of those (26,400) are subject to BAR-OIS, and preliminary data collected over the last several months lead California to believe that between 5 and 10 vehicles will fail per day. This represents around 0.04% of all vehicles tested.

Q. What happens if your car fails?

A. CBAR says that the vehicle software “must be restored to an OEM version” (or any CARB-approved version) by a “licensed repair facility,” although it admits that it has no way of actually knowing if the car was taken to a licensed facility since the state “won’t follow the cars around.”

If a vehicle fails and it isn’t believed to be modified, i.e. your vehicle is stock but was just subject to a reflash or its just stock in general, the owner must contact a Smog Check Referee to dispute the failure.

Let’s Talk: Comment Below and Reach Out to the Guides & Gear Editors

We’re here to be expert guides in everything “how to” related. Use us, compliment us, yell at us. Comment below, and let’s talk. You can also shout at us on Twitter or Instagram or reach us all here: [email protected]