It’s a “flying electric boat”… silent by the way.

Candela Speedboat from Sweden this month released a 37-minute video from a test ride of its first all-electric hydrofoil electric boat, which is described as the first with decent range and speed.

The special feature of the hydrofoil boats is their smooth ride above the waves.

“Much like in a jet fighter, Candela Seven’s sensors and on-board computers ensure a rock steady ride in virtually all conditions. In the video, the Candela barely quivers as the driver repeatedly zigzags through big waves from a cruise ship.”

“–The key to long electric range in boats is to reduce the friction from the water. The only way to achieve a decent range with batteries is to use hydrofoils. That’s how we get three times the range of conventional electric boats, even with a smaller battery pack, says Mikael Mahlberg, Communications manager at Candela speedboat.”

Let’s start with three shorter, promotional videos before we jump to the full-length demonstrations: 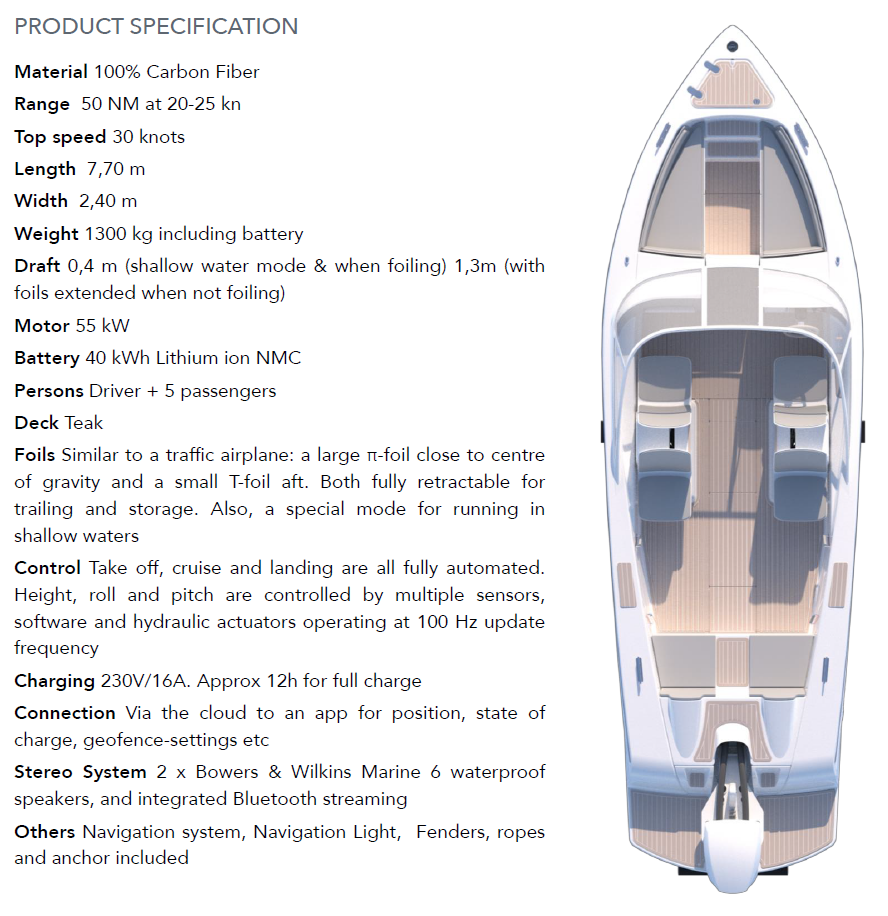