With the inaugural race of the 2022 Formula 1 season this weekend, we’ve decided to take you on a virtual tour of the most realistic scale models. For the F1 fan who must have it all, the 1:4 builds are the ones to have, provided your wallet can handle it. Understandably, those might be out of reach, so you’ll be glad to hear other race cars are built on smaller 1:8, 1:12, and 1:18 scales.

The one from Amalgam that caught our attention was the Mercedes-AMG F1 W11 from the 2020 season. Specifically, it’s the car that took part in the Portuguese Grand Prix that year. The stately scale model is a quarter of the size of the real car, making it over 49 inches (125 centimeters) long. 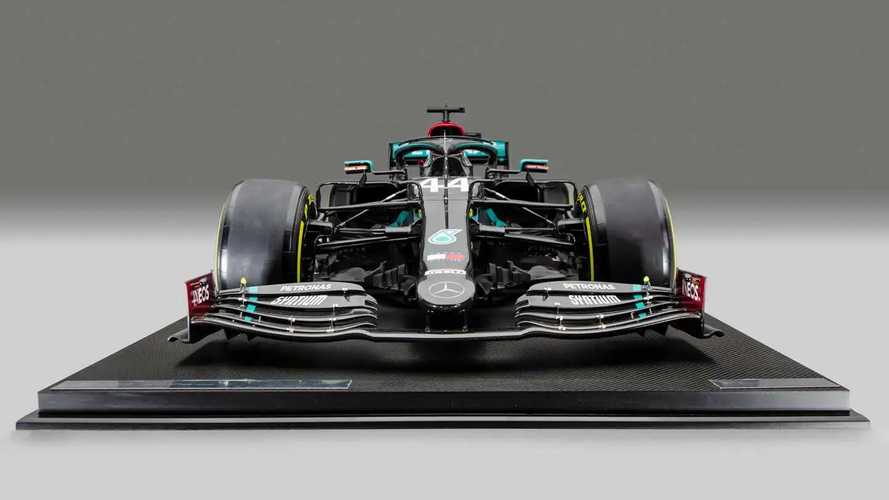 Each model takes more than 450 hours to build and can be had not only as Lewis Hamilton’s car but also with Valtteri Bottas or George Russell as the driver. Amalgam says the 1:4 scale model of the W11 is currently in development and is being faithfully reproduced using original CAD designs and paint codes provided by the Mercedes-AMG Petronas Formula 1 Team.

Seven are being built with Lewis Hamilton’s #44, plus another five for the officially licensed Bottas and Russel editions. It’s taking over 4,500 hours to develop, so it is no surprise it’ll set you back a hefty $35,039. 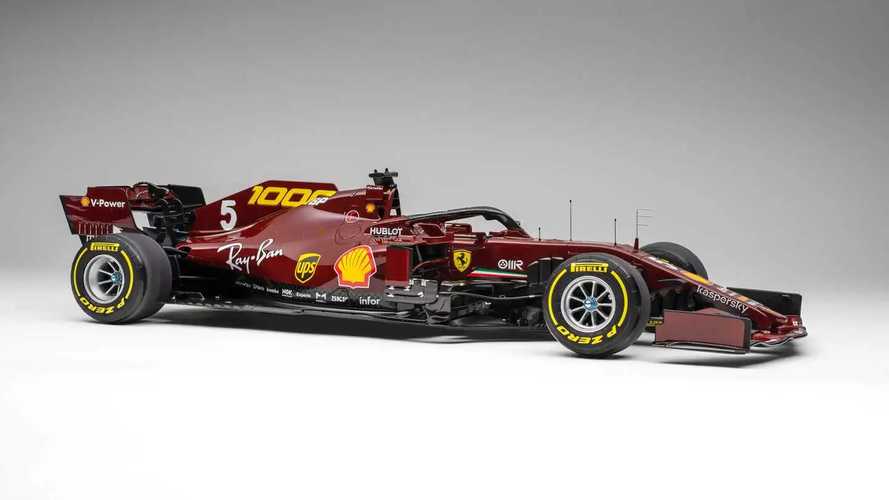 Paying five figures for a scale model is unrealistic for most of us, but don’t fret as the 1:8 builds are much cheaper. Such is the case of the Ferrari SF1000 with its special livery created to celebrate 1,000 races in F1 for the Prancing Horse. It’s from the 2020 Tuscany Grand Prix either with Sebastian Vettel’s #5 or Charles Leclerc’s #16. It measures over 28 inches (71 centimeters) in length.

It costs “only” $9,809 and is capped at 50 pieces. This one too was made using original CAD designs and paint codes supplied by Scuderia Ferrari to accurately reproduce the scale model. More than 2,500 hours were invested during development, plus over 250 hours to hand-build each one. It’s arguably one of the most beautiful F1 car liveries of the modern era. 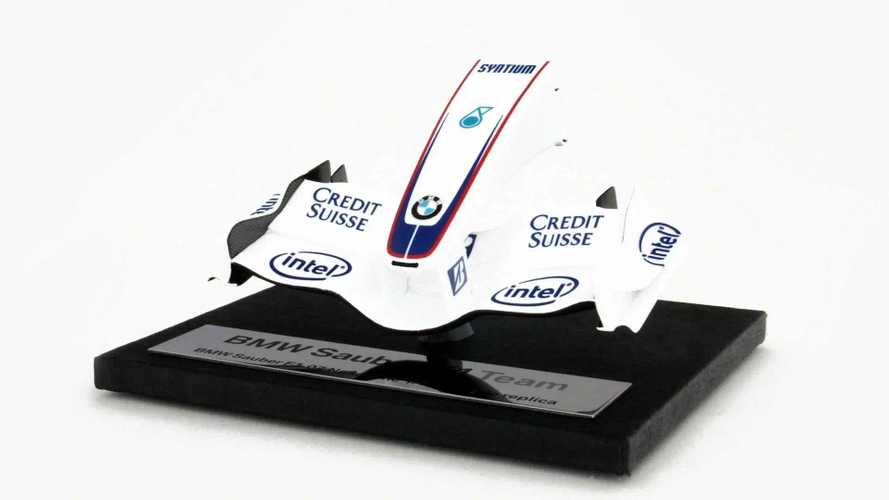 If a whole car is too much, 1:12 replicas of various F1 car nose cones are available and considerably cheaper. Case in point, this one mimics the front styling of the BMW Sauber F1.07 from the 2007 season. It’ll set you back only $211 and echoes the first Formula 1 car fully designed by BMW. The company behind the race car collaborated with Amalgam, allowing the latter to digitally scan the original car.

As with the other 1:12 scale models, the BMW Sauber F1.07 is around 15 inches (38 centimeters) long. Alternatively, Amalgam has similar nose cones for the Red Bull Toro Rosso STR2 and Spyker F8-VII from the same season. In addition, the nose cone from the McLaren MP4-30 race car driven by Fernando Alonso in 2015 is available. For newer cars, there’s the Ferrari SF90’s nose cone from 2019 and the McLaren MCL35M’s from last year. 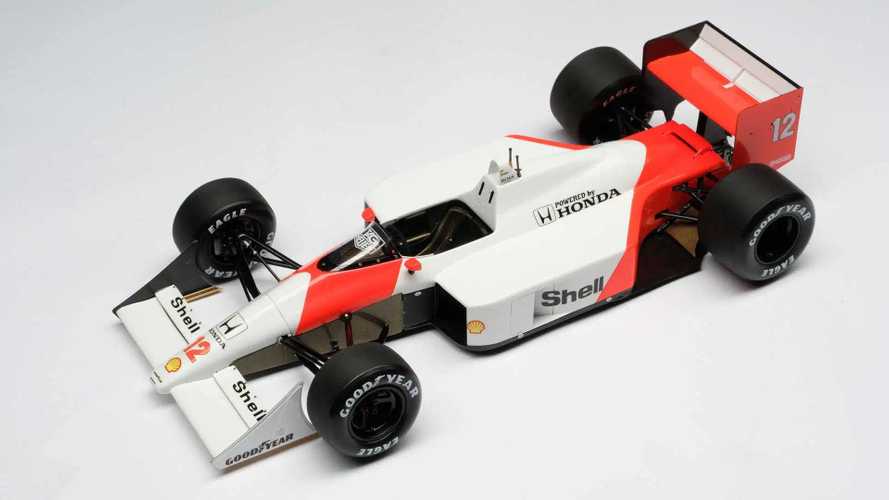 If you still want the entire car but on a smaller 1:18 scale, the iconic McLaren MP4/4 is our pick of the range for $911. Amalgam decided to create a replica of the car Ayrton Senna drove to victory during the 1988 Japanese Grand Prix to win his first Drivers’ Championship title. It’s 10 inches (25 centimeters) long and represents one of the best cars in F1 ever, having won 15 out of 16 races.

Amalgam also has 1:18 scale models of recent F1 cars, including the McLaren MCL35M from the 2021 Monaco Grand Prix and the Ferrari SF21 from last season. Sebastian Vettel’s SF71H and SF90 race cars are part of the catalog, and so is Lewis Hamilton’s Monaco Grand Prix-winning car from 2019. 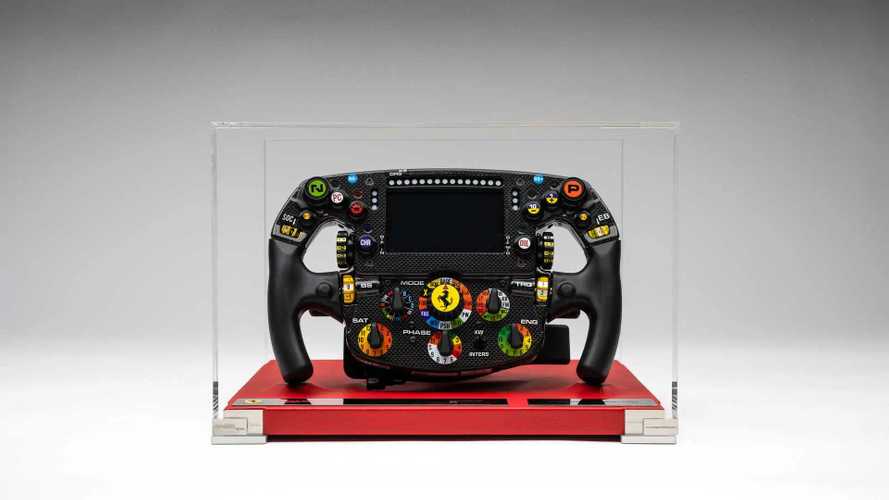 Aside from scale models of cars and their body parts, you can also own a fullsize replica of an F1 steering wheel. For the time being, Amalgam has the 1:1 scale model of the Ferrari SF21’s steering wheel for $6,010, along with the one from the F2008, F2007, and F2004 cars. Alternatively, the steering wheel from the 2020 Mercedes-AMG W11 is listed as well.

Rolls-Royce Spectre Spy Video Catches The EV From Every Angle