Our spies believe these shots catch the hybrid Chevrolet Corvette E-Ray testing at the Nürburgring. Although, we aren’t 100 percent sure this is the case.

This Corvette wears a body that’s nearly identical to the new Z06. The only major difference is that it has a pair of exhaust pipes at each corner of the rear, whereas the Z06 has a center-mounted layout. 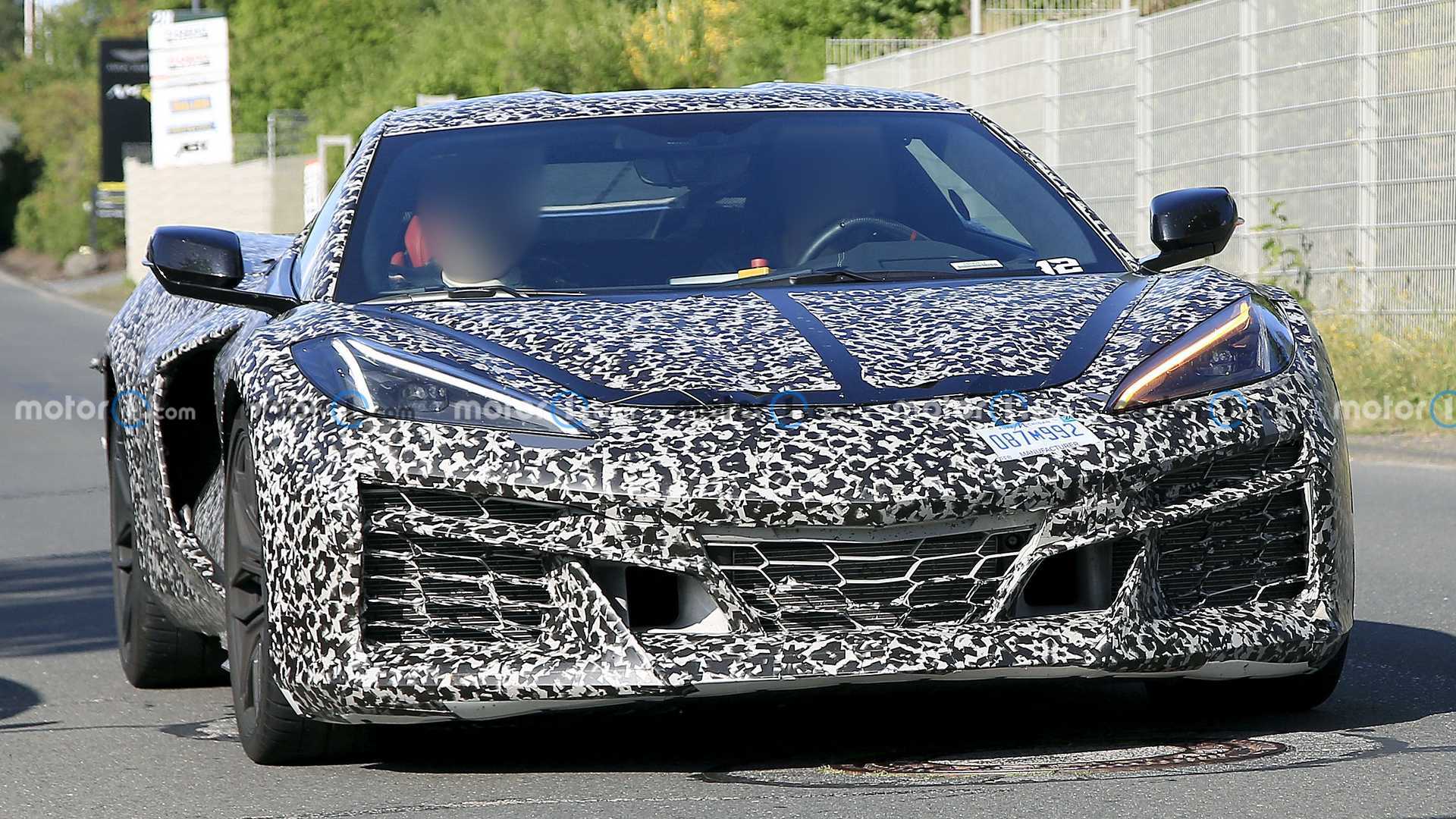 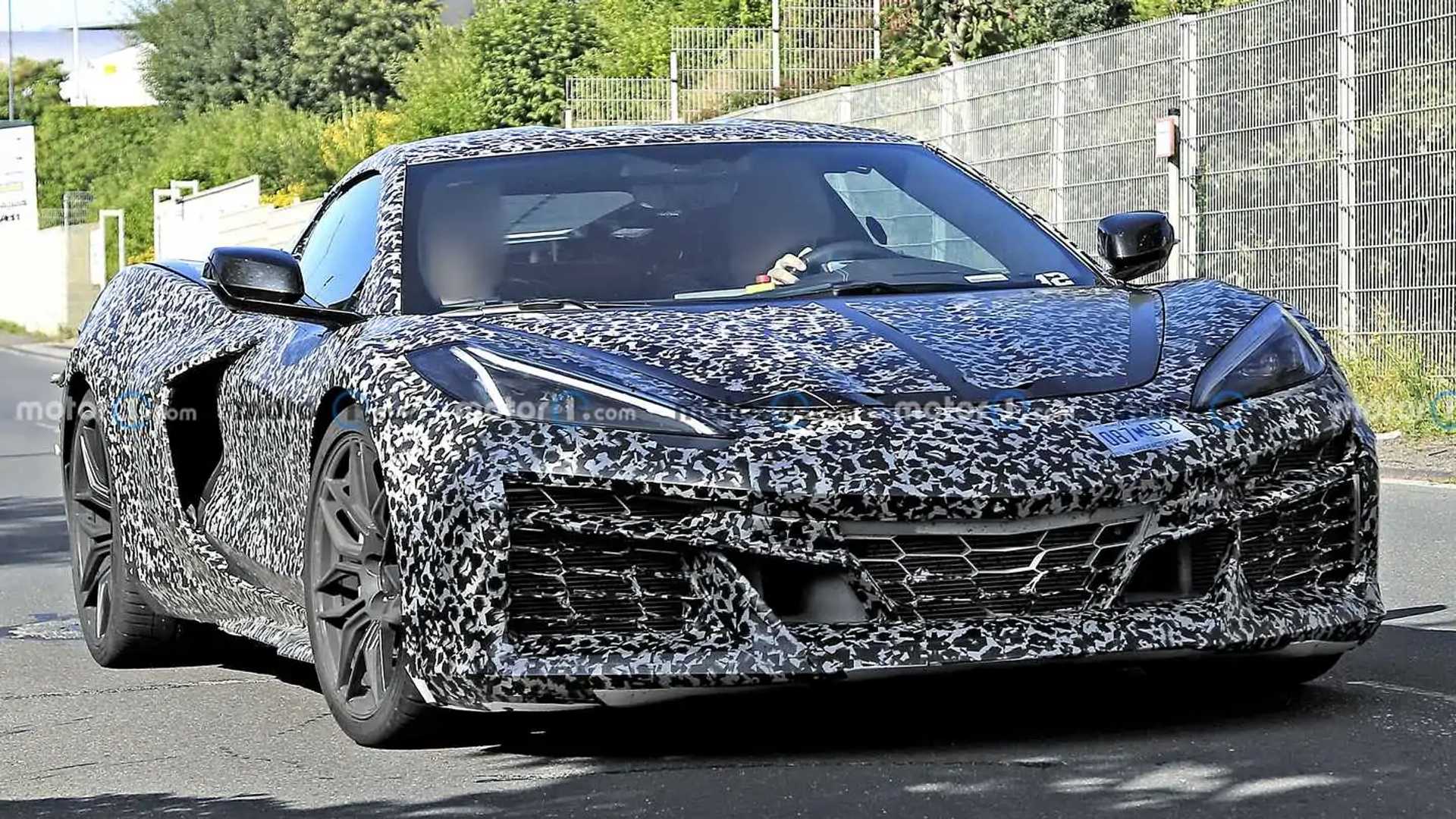 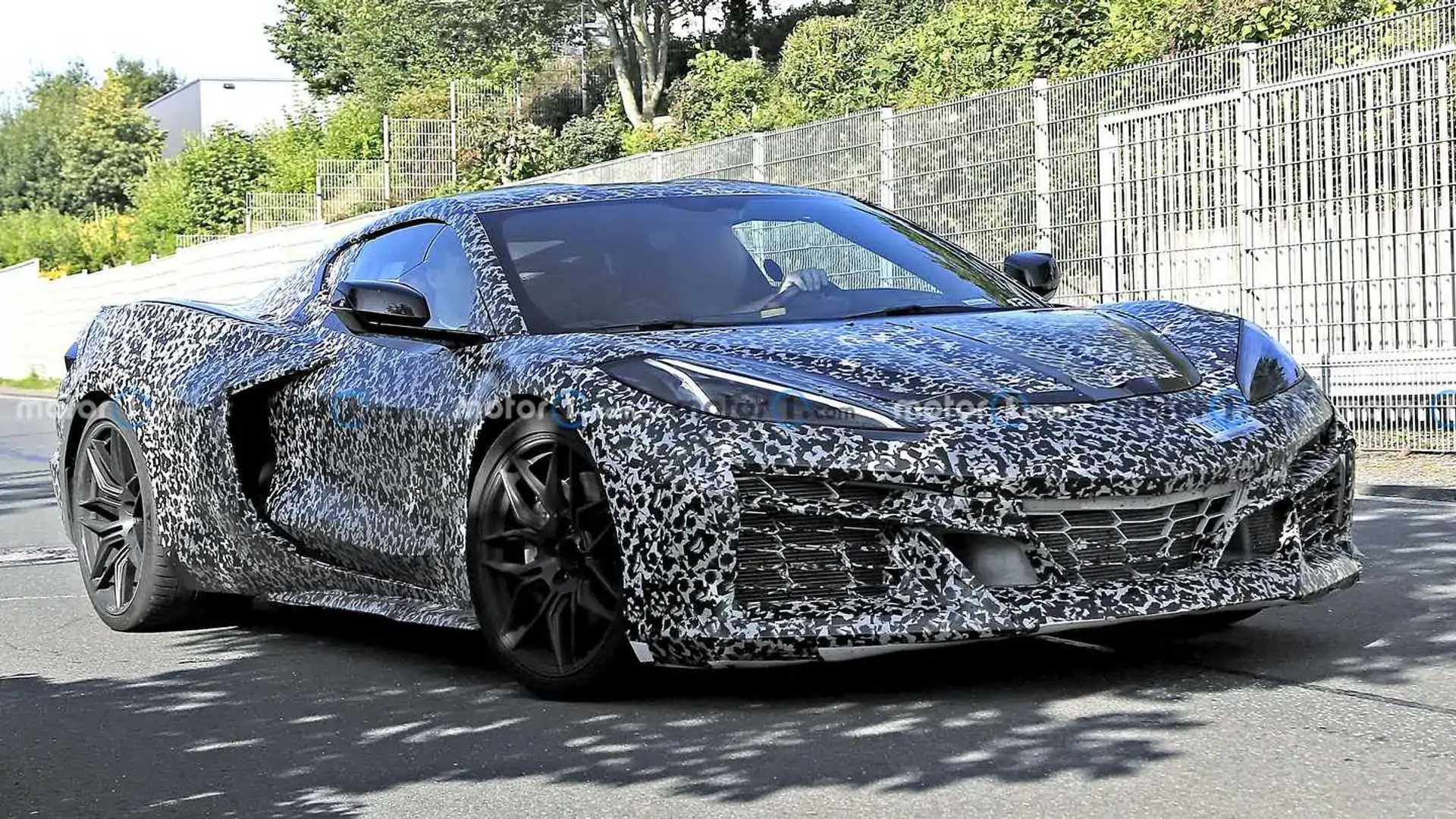 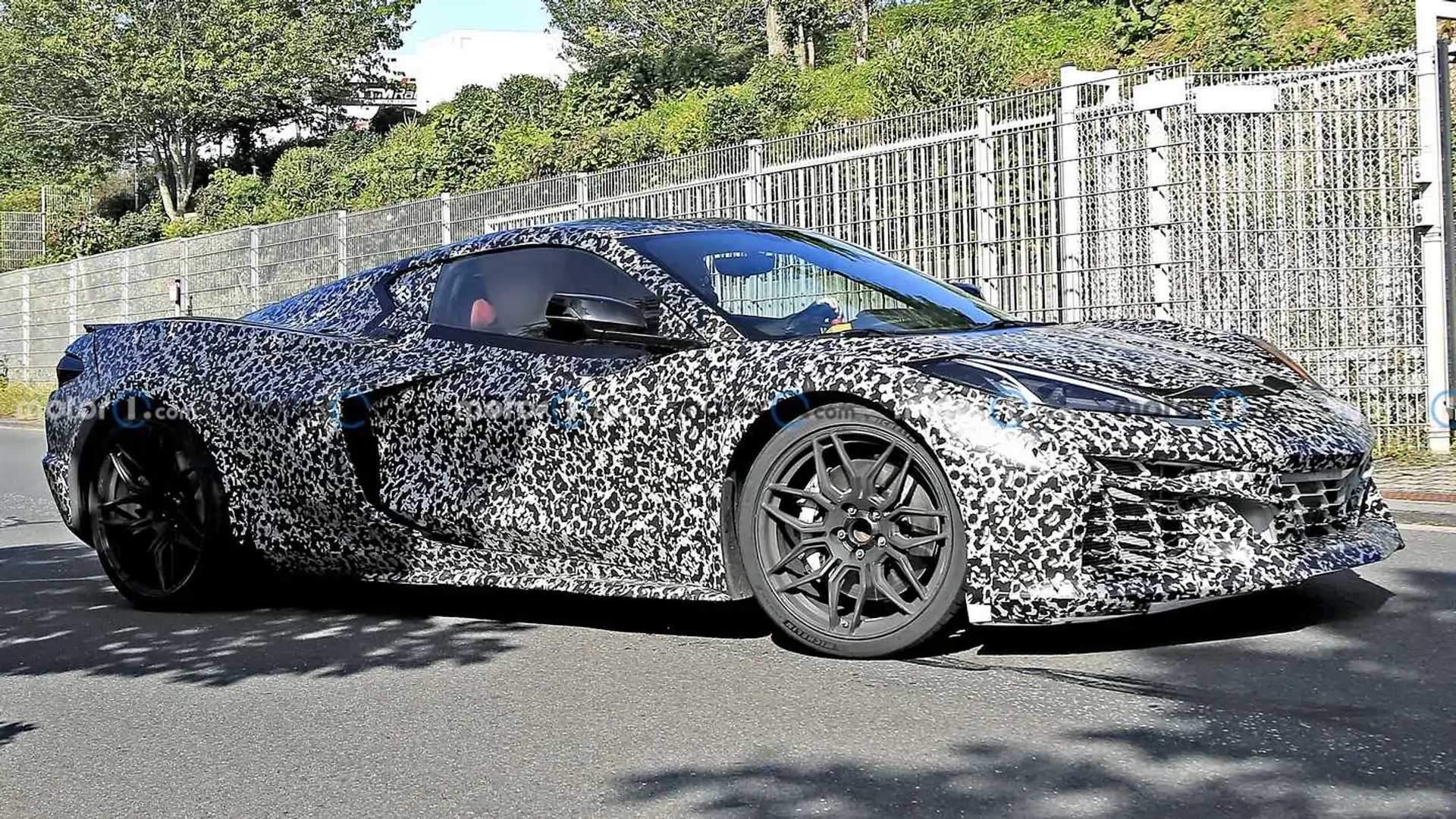 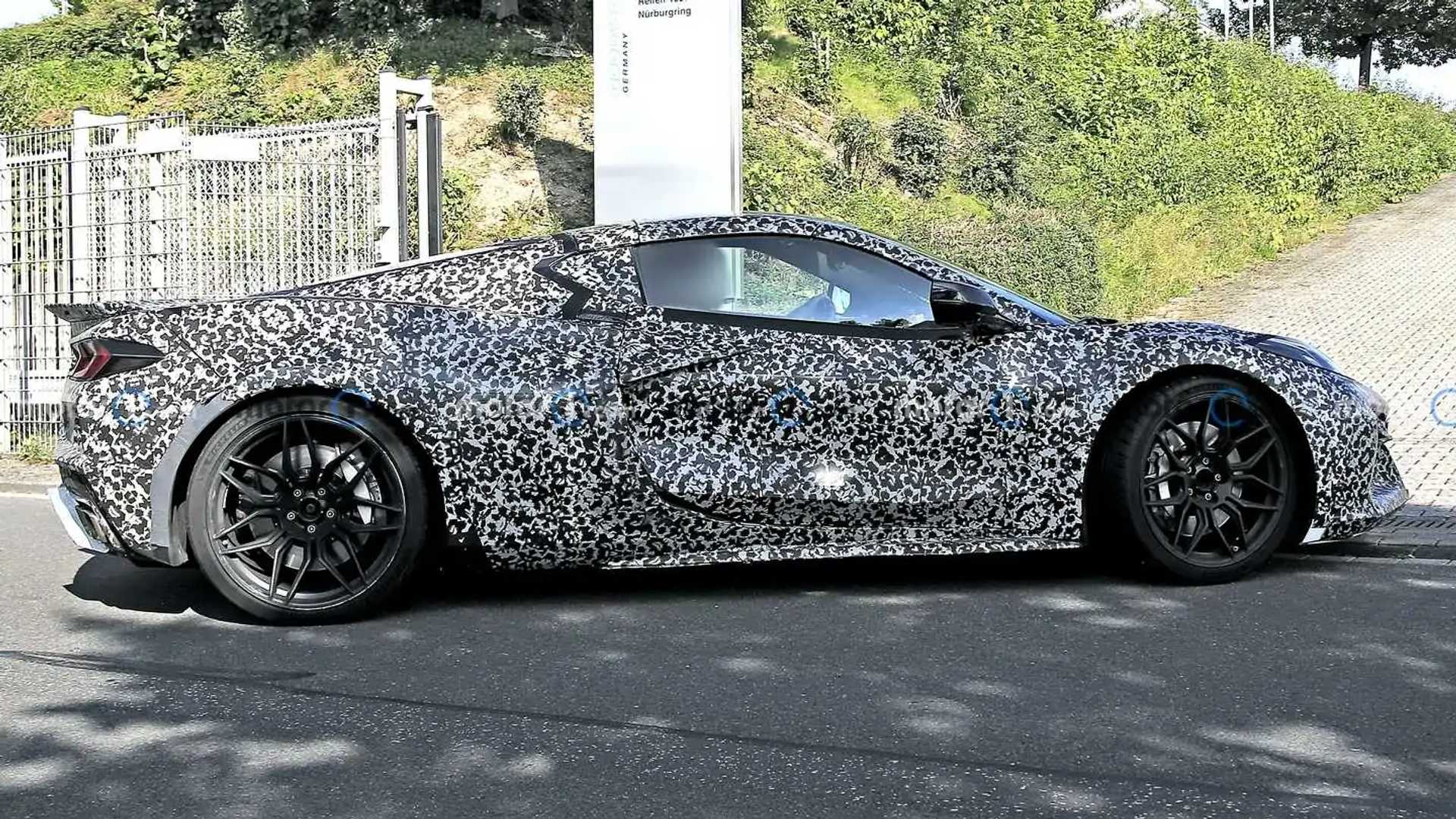 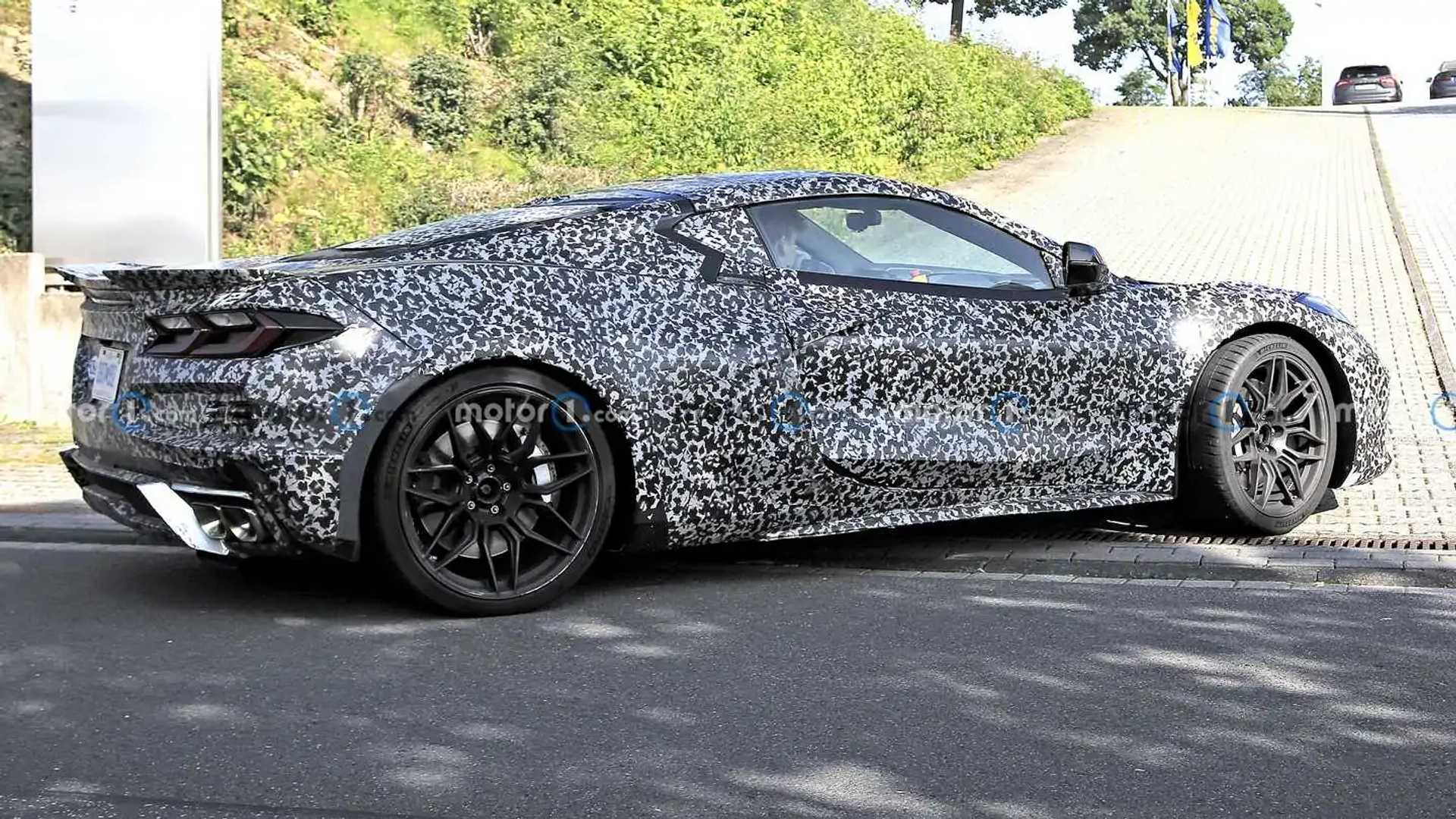 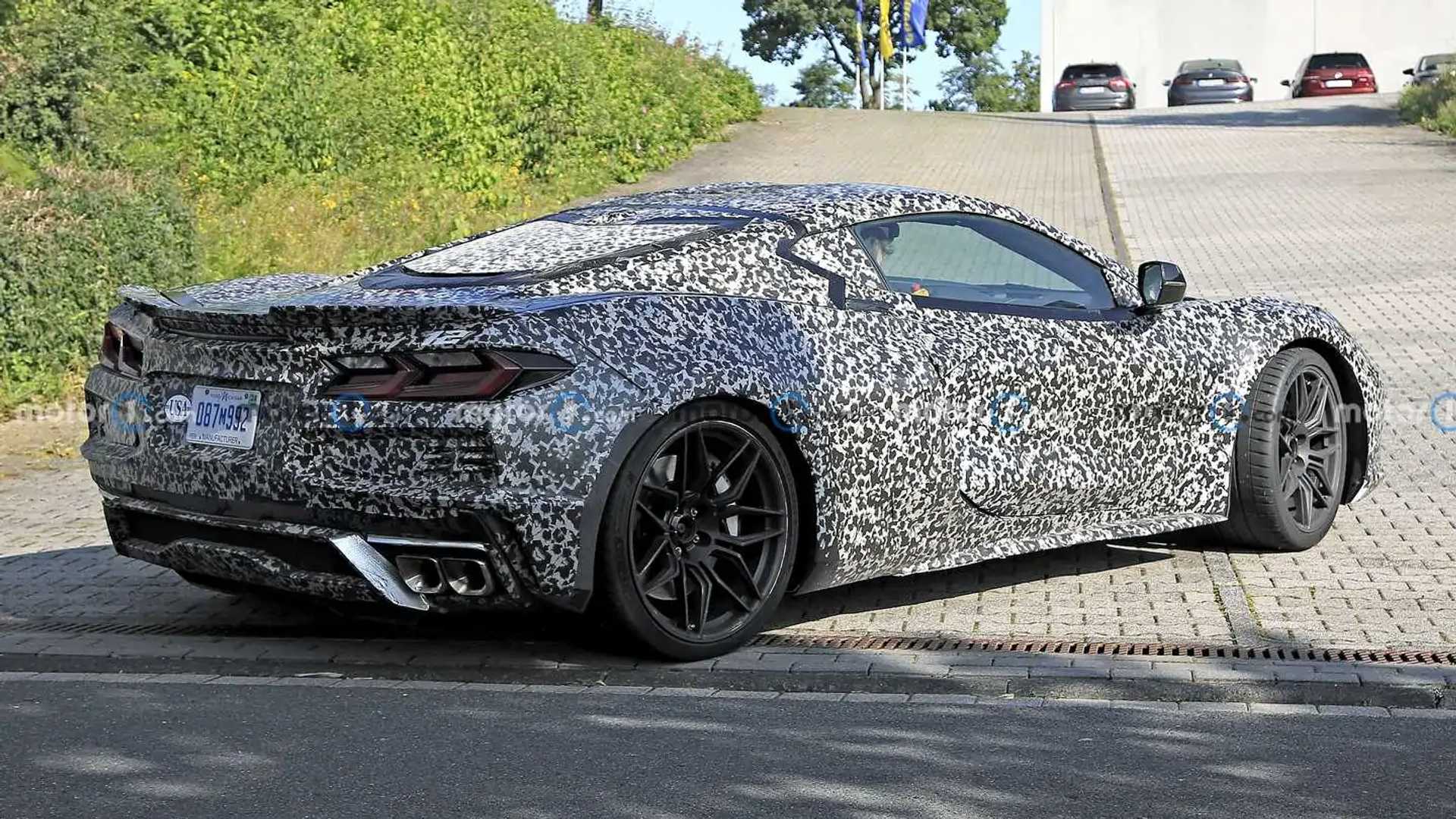 An earlier spy video showed an alleged E-Ray with a similar look at the rear. That one also had covers over the wheels.

The problem is that early examples of the Z06 have a nearly identical appearance, too. We can’t completely rule out that these alleged E-Rays are actually just Z06 test mules.

Also, it’s somewhat odd that the Corvette doesn’t have the sticker that’s necessary for hybrids or  EVs to test at the Nürburgring. One possibility is that the engineers are waiting to apply the decal closer to the track so as not to give anything away to the spy photographers.

The E-Ray will reportedly use the existing 6.2-liter LT2 V8 with an electric motor powering the front axle, giving the car all-wheel drive. The output is allegedly between 600 horsepower (447 kilowatts) and 650 hp (484 kW).

We would expect the horsepower to be closer to the higher number because the Z06 is supposed to have about 617 hp (460 kW). It wouldn’t make much sense for the first-ever hybrid Corvette to have marginally less power than the latest Z06.

Look for the E-Ray to arrive in 2023 and have a starting cost of less than $100,000. Later, the Zora model of the Corvette would allegedly have electric motors at both axles in addition to the V8 offering an estimated total output of around 1,000 hp (746 kW). Look for it to arrive in 2025.