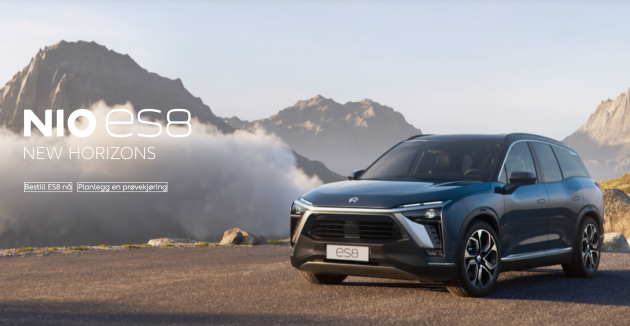 Chinese EV specialist Nio will be entering the German market in the fourth quarter of next year. This was revealed in a tweet by Florian Otto, the director of communications at Nio Europe.

Otto was responding to a tweet that pointed out Tesla’s strong sales in Germany, which was even ahead of mass market brand Toyota in September. “Strong! NIO will join very soon. Coming to Germany in 2022 (Q4),” the executive said as he retweeted the Tesla-Toyota figures.

This means that if there are no other surprise European market launches from now till Q4 2022, Germany will be Nio’s second market in the continent after Norway, which has the highest concentration of electric vehicles in the world. With plans to ban internal combustion engine-powered vehicles as soon as 2025, last year, half of all vehicles sold in the Scandinavian country were EVs.

In May this year, the Shanghai-based EV maker detailed its Norway strategy, and on September 30, Nio launched its ES8 SUV and opened the first Nio House in capital city Oslo.

Nio’s Power Swap Stations is a novel aspect and the company says that it plans to set up four of these in and around Oslo by the end of 2021. The plan is to have 20 such stations across the country by the end of 2022. Basically, the owner drives to a station and the Nio’s battery is swapped for a fresh one, without him getting his hands dirty, or even parking the car properly – it’s all automated. Check out the video below.

The fast-growing “Tesla of China” reached the 100k units milestone in April this year and has plans to introduce a mass-market sub-brand to rival the likes of Volkswagen and Toyota. The reason for that is that its current positioning is rather premium and the cars are priced accordingly. Think Toyota and Lexus, but in this case, Lexus came first.

That should be much further down the line. What’s next for Nio will be the market launch of the ET7 sedan, which is now at the tooling production stage, a step before mass production.

Unveiled in January, the sleek-looking ET7 is over five metres long and has a clean design with a sweeping roofline. It has a dual-motor setup – the front one is rated at 245 PS and the rear gets a 408 PS unit. Max output is a claimed 653 PS and 850 Nm of torque, good for 0-100 km/h in 3.9 seconds. Four-piston Brembo brakes provide stopping power. 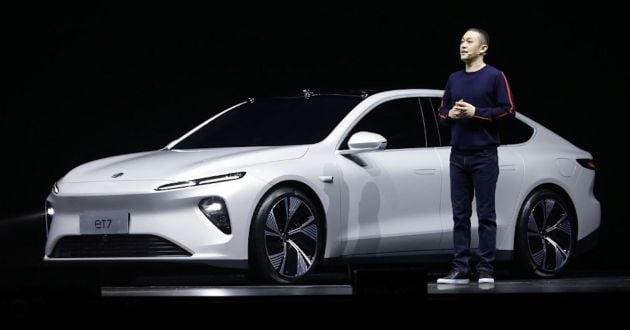 The battery pack located on the vehicle floor comes in several configurations, starting with a 70 kWh unit that provides over 500 km of range, followed by a 100 kWh unit for over 700 km. Nio’s 150 kWh battery pack will only be offered in late 2022, offering over 1,000 km of range on the NEDC cycle.

This or the Tesla Model S? Before you answer, check out the ET7 and Nio’s Power Swap station and BaaS services. While you’re at it, see the Nio EP9 electric supercar break the Nurburgring record.

Also, if you haven’t already done so, check out our long-term owner review of the Model S, where Harve shares his three-year experience of driving, charging and living with an EV in Malaysia. It’s different, sure, but giving up petrol for electricity is very doable and might not require as much sacrifice as you’d think.

Volkswagen ID.3 – 50% of European owners are new to the brand