Classic car specialists at DM Historics extensively renovated the model to near factory standard rolling back the years on a model over 95 years old. The Bentley was treated to the highest level of mechanical servicing, allowing the car to run in perfect condition.

The 3-Litre four-cylinder engine and period four-speed gearbox are said to “blissfully” glide the car along country roads.

During the build, specialists treated the Bentley to a new period-correct exhaust and fuel system.

This was important to ensure the car could be restored to modern standards while keeping its originality intact.

The exterior has been revamped to restore the iconic Bentley racing livery alongside refurbished wheels and lights. 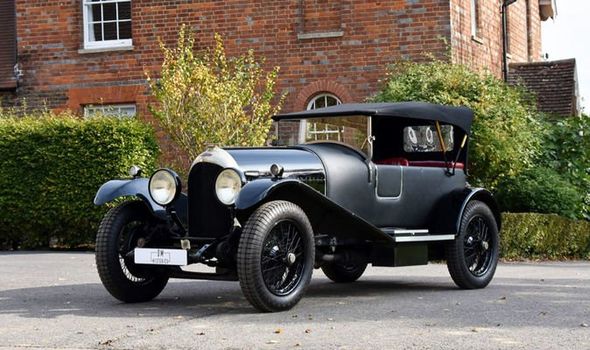 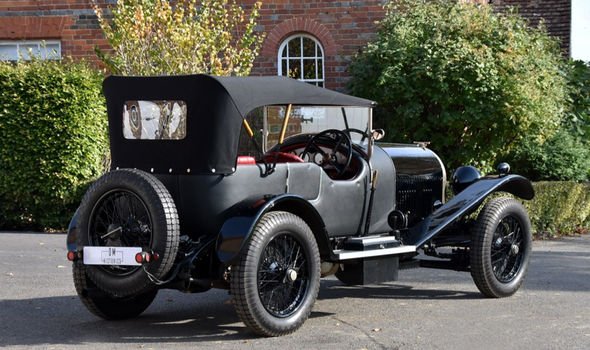 A brand new specially designed tonneau cover completes the exterior and takes the car back to its 1920s heyday.

Inside, specialists have revamped the interior with red leather seats, black carpets and red piping.

The original 18-inch steering wheel remains on the model alongside the vehicle’s original dials and gauges which are still fully functional.

The upgrades were valued in the region of £73,000 and have completely transformed the model into an elegant classic ready for road use.

The car has been treated to a range of upgrades through the years with an electric voltage regulator, 12-volt LED lighting both installed.

A six and a half litre rear axle and replacement pistons have also been added to make the car fit for modern use.

This particular model is chassis 589 and one of approximately 1,600 models produced during its limited production run.

Chassis 589 was purchased by Robert Ward in 1962 when he was just 22 years old after discovering the car in garage lock-up.

Mr Ward enlisted the help of the Bentley Drivers CLub to get the car up and running within two years.

DM Historics said: “Quickly becoming well known in the Bentley Drivers’ Club circles, in 1969, Chassis 589 was asked to be the pilot car for the Jubilee Run to Oulton Park, part of the ‘Bentley Golden Jubilee Book 1919 -1969’.

“[Chassis] 589 and Mr and Mrs Ward can be seen featured throughout.

“For the next 30 years, the Bentley 3-Litre was consistently used from family holidays to Cornwall and Norway to every BDC trip local and national.

“Mr Ward and his beloved Bentley did it all and in the words of Ward ‘in 38 years has never let me down on the road’.” 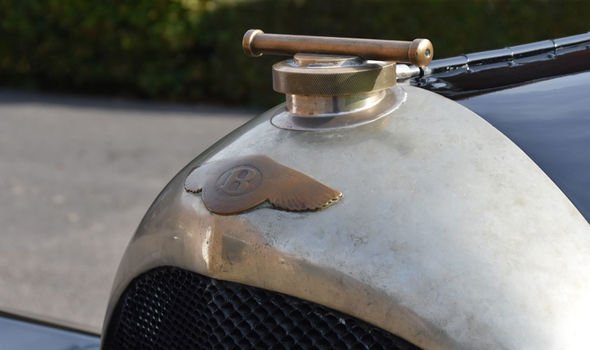 The car was purchased by Mr Shield in 2000 where some small upgrades were made to keep the car in working condition.

The car was entered into the DM Historic workshop for further work in 2018.

The model is now available to purchase for £285,000 in what DM Historics calls a “wonderful opportunity to invest”.

The model comes with just 12,700 miles on the clock making this a model one with still plenty of life left for any prospective owner to enjoy.

The Bentley 3-Litre is better known for its role as one of the greatest historic race cars of its era.