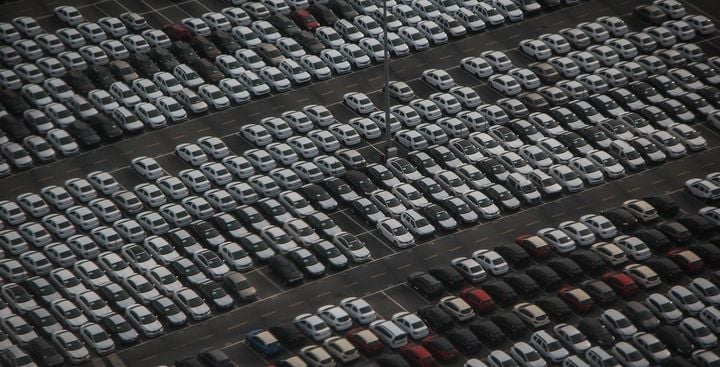 Total fleet sales for the month — which is comprised of commercial, rental, and government sales — came in at 101,159, which represented a 51% drop from the same time last year.

Commercial fleet sales from nine manufacturers totaled 57,571 in August 2020, representing a 16.8% overall decrease when compared to the same time last year, following a 6.3% drop from the previous month.

Total fleet sales for the month — which is comprised of commercial, rental, and government sales — came in at 101,159, which represented a 51% drop from the same time last year. The declines seen in the rental market continue to contribute to these significant drops, as have a 19.6% drop in commercial truck and SUV sales and a 17.5% decline in government car sales.

However, commercial car sales are up 18.7% in August, though sedans represent the smallest segment volume for commercial fleets. This growth reflected the second month of consecutive growth for this segment since COVID-19 was declared a pandemic.

The rental fleet segment has continued to maintain its low numbers, and saw an overall 83% decline in August, close to the 84.5% drop that occurred in July.

Meanwhile, the government fleet continued its overall recovery in August, despite the decline in car sales. There were 2,065 cars sold to government fleets, representing the 17.5% decline. However, this was offset by a 17.7% increase in truck and SUV sales. Combined, truck, SUV, and car vehicle sales for government fleets amounted to 23,841 units, which reflected a 13.5%.

Year-to-date, as of August 2020, overall fleet sales from nine manufacturers total 1,129,531, 44% less on a year-over-year basis, indicating there is still a long road to recovery for 2020. So far car sales are down 59.3% year-to-date and truck and SUV segment sales are down 38% year-to-date, impacted heavily by the declines of the rental market.