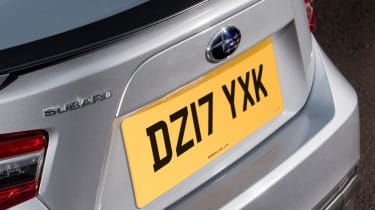 The Home Office is planning a crackdown on dodgy number plates amid concerns the trade is enabling criminals to clone vehicles and dodge the police.

An Auto Express investigation last year highlighted the ease with which UK-style number plates can be purchased from overseas-registered companies without buyers having to prove they own the registration in question, a loophole possible as the plates are often marketed as ‘show plates’.

Now, the surveillance camera commissioner, Tony Porter, has said the trade is resulting in innocent motorists being wrongly accused of road traffic violations, and other offences committed by criminals using vehicles with cloned number plates.

Porter has put together a report for Home Office ministers, which recommends introducing a certification process for companies that wish to sell number plates, as well as increasing fines for those found to be non-compliant.

“It’s a bit of a wild west out there and needs closer control,” Porter told The Telegraph, explaining that there are as many as 40,000 businesses selling number plates, with many showing total disregard for laws requiring them to first obtain proof from the buyer than they have the right to display that registration.

A Home Office spokesman told the Telegraph: “The cloning and defacing of number plates affects road safety and provides cover for criminals, and we are working with the police to bear down on these crimes. We welcome this report and are carefully considering its recommendations.”

Jack Cousens, head of roads policy at the AA, commented: “More must be done here to stop the ease with which plates can be cloned and printed. All too often, it is those innocent drivers who uncover the crime and then take the rap for other offences they haven’t committed – when they start receiving fines for those offences.”

The news comes after the introduction of a new private members bill that would see motorists committing number plate offences hit with three penalty points in addition to the existing £100 fine.

Check out the number plates deemed too rude for the road…