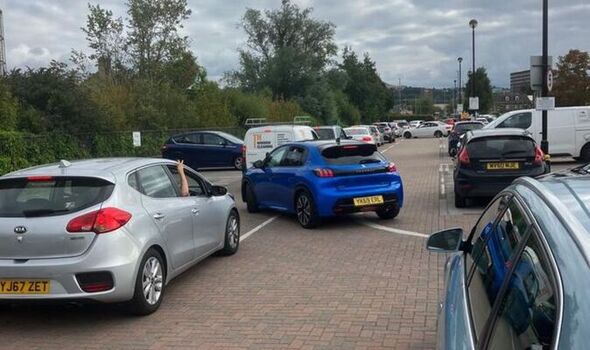 Angry drivers voiced their frustration about the time it took them to get out of the Great Northern Retail Park in Huddersfield, West Yorkshire. The cause of the traffic jam is believed to have been caused by roadworks on the A62 Leeds Road.

Lewyn Clegg posted a picture of a huge queue of cars building in the car park yesterday, August 29, saying that it was a “nightmare”.

He said: “Do not drive to Huddersfield Retail Park… (it’s) gridlocked! We’ve barely moved in 20 minutes with screaming kids!”

Yorkshire Live spoke to some of those stuck in the queue of cars, with one man from Slawit saying: “It’s ridiculous, the authorities need to do something about it. I was here earlier and it took me an hour just to go a few yards.” 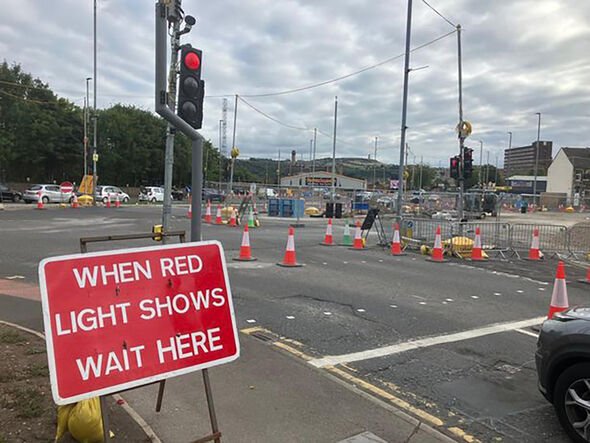 A taxi driver said: “I was asked to take a fare here and you can’t refuse but it’s horrendous. I’ll be another 20 minutes before I get out of here. For us it’s very frustrating.”

A middle-aged woman from Waterloo said: “I thought it would be quiet but it’s not and it’s taking some time to get out of here.”

Asked if it was worth coming she said: “Certainly not!”

Others have complained about the queues recently, with Jordan Linthwaite writing to Kirklees Council: “You need to sort the roadworks outside of the great northern retail park in Huddersfield. An hour and half to leave a car park isn’t on. Just backlogged because of roadworks it’s been going on for months.”

Kirklees Council responded to Jordan by asking her to report her concerns to the council.

Michelle Dyson wrote that she had been to pick up an item from one of the stores, adding: “20 minutes later still sat outside the store as car park rammed”.

There have been issues with gridlocked cars trying to get out of the retail park for a number of months, with Kirklees Council saying in April that it would re-evaluate the temporary road layout and signals.

The council admitted though that some delays are inevitable and warned: “Congestion will unfortunately be worse for a while before it gets better.”