Electric cars: Charging stations to be installed along Britain’s motorways

All existing chargers along Ecotricity’s Electric Highway charging network, found at motorway service stations, will be replaced with new technology to double their current capacity. The collaboration between the energy firm and Gridserve also means a further six to 12 pumps of the 350kW high power standard will be installed. Dale Vince, founder of Ecotricity said: “The Electric Highway kickstarted Britain’s electric car revolution – one decade ago this summer, and together with Gridserve we have big plans for the second decade – and the end of fossil powered cars.

“To be able to work together to make sure the Electric Highway continues to lead the electric car revolution in Britain is an exciting prospect.”

Dale is also backing the Daily Express Green Britain Needs You campaign which is calling for everyone to do their bit for the planet.

The Electric Highway was launched in 2011 to enable early electric cars to drive the length and breadth of Britain.

The charging transformation, announced today (FRI), is being funded by Hitachi Capital (UK) PLC, also a shareholder in Gridserve. 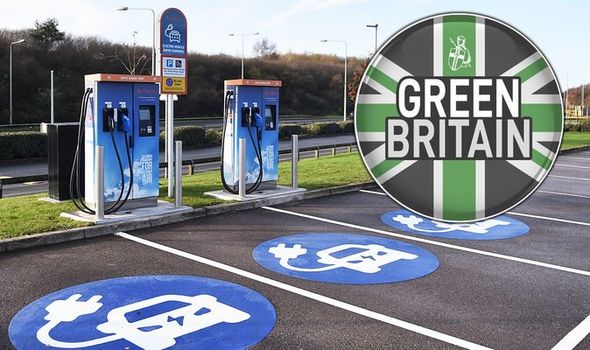 Toddington Harper, chief executive of Gridserve, said: “I’ve been driving an electric vehicle for eight years, and the Electric Highway was the network that originally made that possible.

“It’s therefore a huge privilege for myself and Gridserve to take a role alongside Ecotricity in the next evolution of the Electric Highway.

Robert Gordon, chief executive of Hitachi Capital (UK) PLC, added: “This is an exciting collaboration to take the electric vehicle drivers’ motorway experience to the next level.”

New cars and vans powered wholly by petrol and diesel will not be sold in the UK from 2030.

Renault Is The Next Automaker To Change Its Logo, Starting 2022
Car Reviews