Home » Car Reviews » Electric scooters UK: Can you ride e scooters on the road in Britain? Electric scooters UK: Can you ride e scooters on the road in Britain?

Announcing the move to introduce electric scooter trials in the UK, Transport Minister Rachel Maclean said: “As we emerge from lockdown, we have a unique opportunity in transport to build back in a greener, more sustainable way that could lead to cleaner air and healthier communities across Great Britain. E-scooters may also offer the potential for convenient, clean and cost-effective travel that may also help ease the burden on the transport network, provide another green alternative to get around and allow for social distancing. The trials will allow us to test whether they do these things.”

Can you ride e scooters on the road in Britain?

Currently, no, electric scooters cannot be ridden on roads or public footpaths in Britain.

Electric scooters can be ridden on private land, as long as you have obtained the landowner’s permission beforehand.

If you are stopped by the police and found to be breaking the rules, you could receive a fixed penalty notice of up to £300, plus six points on your driving license.

However, under the new rules, which will kick in on July 4, electric scooters can be used on roads, cycle lanes and tracks – but there’s a catch. 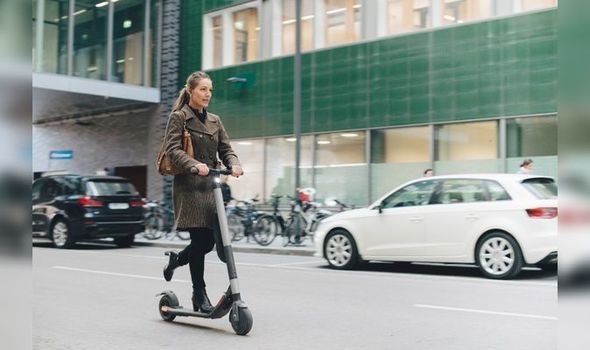 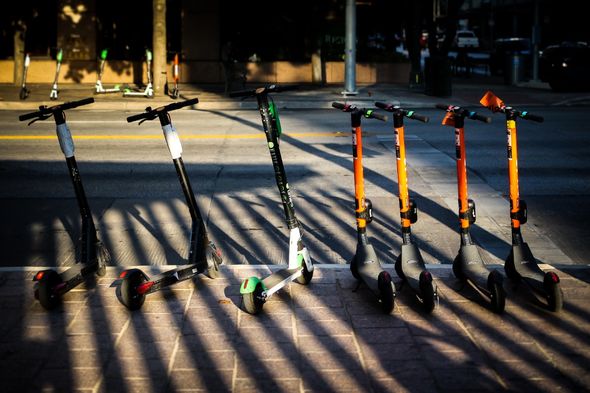 The popularity of electric scooters has grown in recent times, as well as scooter-sharing schemes which now operate in more than 100 cities across the world.

The electric scooter trial coming to Britain means that people will be able to hire scooters in the same way in which they can hire Santander bikes in London right now.

Customers will be able to hire scooters via smartphone apps, in a similar way to bike share schemes.

Electric scooters are freely available to buy in the UK online and in stores right now, costing anywhere between £100-£1000. 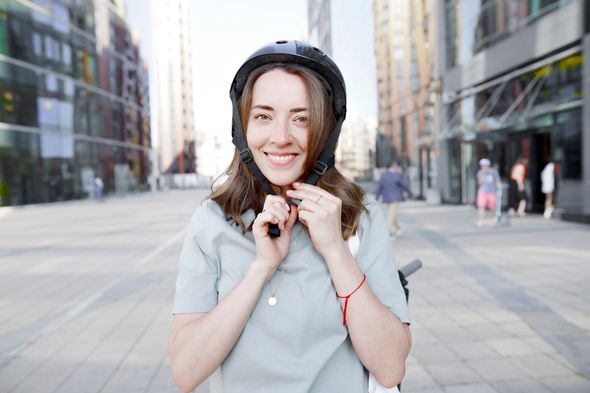 However, if you buy own an electric scooter, you are not allowed to ride in on a public road, cycle lane or pavement, and anyone who does so is committing an offence.

The only place you can ride a private scooter is on private land, with the permission of the landowner.

As it stands, scooters are classified as Personal Light Electric Vehicles (PLEVs), which means they are tested in the same way as motor vehicles.

Because of this, they are subject to all the same legal requirements – MOT, tax, licensing and specific construction.

So, because they do not always have visible rear red lights, number plates or signalling ability, they cannot legally be used on roads.

DON’T MISS: Kelvin Fletcher criticised by fans after lockdown video with daughter
Electric scooters legal: Are e scooters legal in the UK?
How to commute with confidence on an eBike 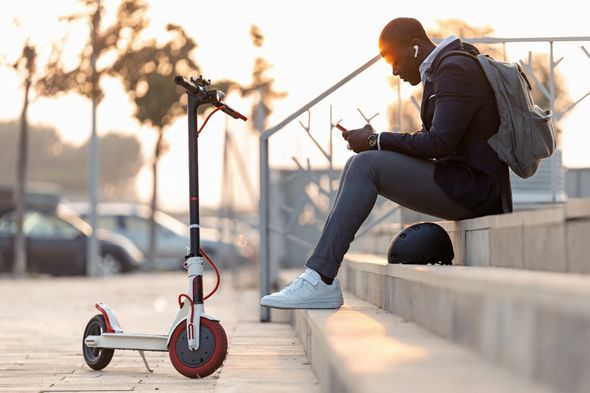 Over the course of this year, the Government started taking steps towards legalising electric scooters.

In March, a public consultation into scooter use was announced, with a goal of beginning the first trials in late 2020.

However, more recently, the Government’s plans have been accelerated as social distancing requirements have made it difficult to safely use public transport.

Alongside bikes, electric scooters are seen as an environmentally friendly alternative.

The Department for Transport announced last month that it would be bringing the scooter trials forward as part of a series of measures which also includes investing in cycling infrastructure.

Scooter sharing companies have welcomed the move to make them a bigger part of everyday life.

Felix Peterson, European head of scooter rental firm Spin said: “Working together with the UK Government, micro-mobility services like Spin can speed the recovery of public transport networks, which may temporarily fall short of meeting people’s needs due to reduced service.

“Micro-mobility delivers a convenient, clean and cost-effective travel choice instead of buying a car or using ride-hailing services that increases congestion and pollution.”