TV host Aggie Mackenzie said she doesn’t understand how flying a flag on a car would “threaten health and safety” as companies start to ban the patriotic act. She made the comments on GB News who were discussing the matter as firms crackdown on flag wavers.

It comes after the Royal Mail banned its 100,000 postmen from flying flags during the tournament.

Royal Mail said this was because there was a policy in place which prevented drivers from attaching items to their vehicles.

This is in case the flag blows off the car and becomes a hazard to other road users. 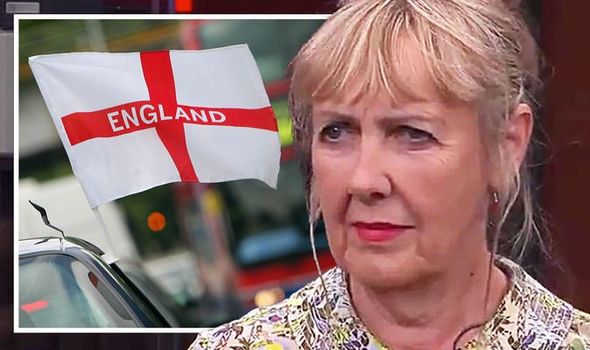 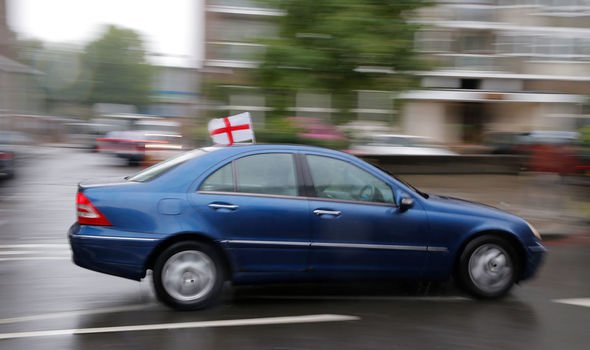 “People say it before they even think about it, it drives me bonkers this health and safety nonsense.

Michelle Dewberry said even though people are critical of health and safety, people often sue if something goes wrong.

She warned this has made companies “desperate” to make sure everything is perfect so nothing ever happens.

Ms Dewberry said: “I think it’s quite nice actually to celebrate if we want to.”

Ms Mackenzie replied: “I do as well. After all our terrible time last year its time to come out of the woods and celebrate and be a bit lighter about these things

“It’s a bit of fun isn’lt it. It’s also a connector thing, a unifying thing as well.

“I think if you are going to support England and show you’re supporting it, that’s a good connector between people, that’s great.

“I don’t understand why it would threaten health and safety to have stickers on the side of vans.”

Ms Dewberry added” “Well they would say ‘what happens if it falls off?’.”

Motoring experts have recently warned drivers could even be fined £1,000 for sticking an England flag on their car during the tournament.

Select Car Leasing said most small flags would be fine and would not incur charges. 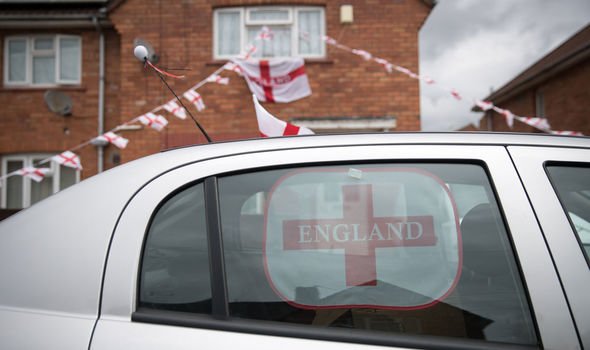 However, large flags could obscure a drivers vision which could deter them from identifying road hazards.

Graham Conway, general manager of Select car leasing said: “Showing your support with a flag, scarf or mascot won’t be a problem for most.

“But it’s important to make sure the driver’s vision is never impaired by anything you attach to your vehicle.

“Not only could it risk causing an accident, but it could also hit you in the pocket.

“If you’re planning on flying a flag or attaching a mascot to your motor, make sure it can’t pose a risk to you or anyone else.”

Back in 2018, Bradford Council also ordered 8,500 staff to remove the flags from council vehicles in case “someone is offended”.

Taxi drivers in Cumbria were also told they could face an investigation for flying flags during the 2018 World Cup.

AD: Own your dream BMW from Auto Bavaria today! – paultan.org