Noteworthy is that 59% of the total Toyota Motor Europe sales are hybrids (70% in Western Europe and 27% in Eastern Europe).

One of the most important things is that the plug-in hybrid Toyota RAV4 Prime sales increased to over 11,000 (that excludes the Suzuki Across PHEV derivative). The group is also ramping up sales of its first all-electric models.

As we can see, basically all the plug-ins account for more than a tenth of the total for a particular model.

“Demand for the new RAV4 PHEV and Mirai FCEV continue to grow, and Toyota’s global unveiling of its battery electric bZ4X D-SUV Concept signals the brand’s further expansion of its BEV line-up.”

“Sales of the brand’s first battery electric vehicle, the UX 300e, which started earlier this year, now represent over 10% of the UX model’s total volume.” 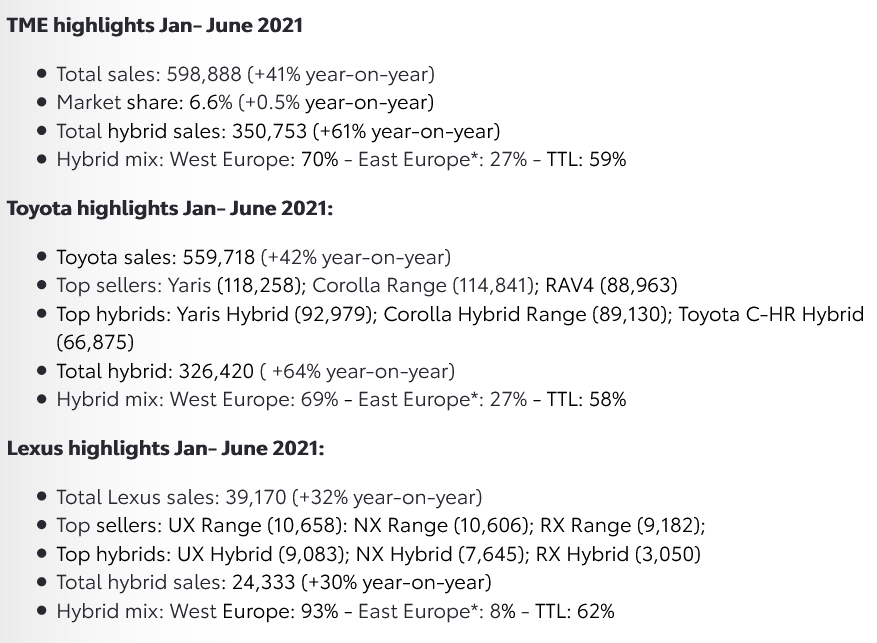