It was presented at a private event to recognized customers of the brand.

The Ferrari F8 Spider made its official online debut back in September, following in the footsteps of the coupe version that debuted during the 2019 Geneva Motor Show. Now, Ferrari’s latest Spider model has made its official North American debut in Miami, Florida during Art Basel week.

Art Basel is a world-renowned art fair that lands in the magic city every December, a perfect time to reveal Maranello’s latest work of art. The F8 Spider was showcased during a small private event for potential customers organized by Ferrari USA, and this was the first time we have seen the car in person.

As a refresher, the F8 Spider serves as the replacement for the 488 Spider. Its folding metal roof takes only 14 seconds to fully deploy or retract. The new Spider also weighs 44 pounds less than the previous model, which puts the official dry weight at 3,086 pounds. The F8 Tributo Coupe has a dry weight of 2,932 pounds, meaning you’ll only suffer a 154-pound penalty if you want your roof to disappear.

Under the hood you will find the same 3.9 liter V8 biturbo as in the F8 Tributo, producing 711 horsepower and 568 foot-pounds of torque. The new F8 Spider has the same output as the hardcore 488 Pista, as well as 50 hp and 7 lb-feet more than the model it replaces. This means the F8 Spider can reach 62 miles per hour in just 2.9 seconds and 124 mph in 8.2 seconds, while its top speed is 211 mph. In comparison, the F8 Tributo is capable of reaching 62 mph in 2.9 seconds and 124 mph in 7.8 seconds, with a maximum speed of 211 mph, meaning there really isn’t a significant performance difference between the coupe and the convertible.

Although U.S. prices for the F8 Spider and F8 Tributo have yet to be released, the coupe variant costs around €236,000 in Italy, or about $261,897 USD at the current exchange rate. Its predecessor, the 488 Spider had a suggested price of around $280,900 in comparison to the coupes’ $262,647, making it around $18,000 dollars more expensive. It would be safe to assume a similar premium when the F8 Spider finally arrives at the showrooms next year. 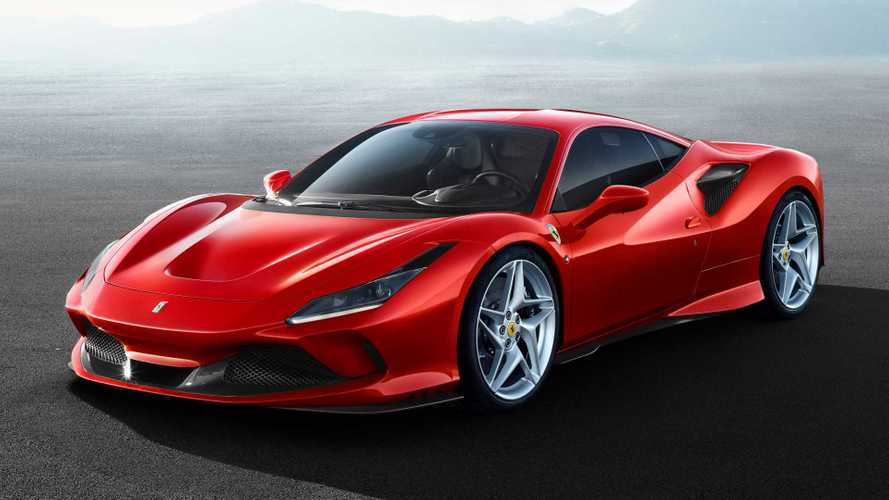