Home » Car Reviews » Ferrari Purosangue: Here's What It Could Look Like A reveal likely won’t happen until sometime in 2022.

In 2017, long-swirling rumors of a Ferrari SUV slowly turned into reality as then-CEO Sergio Marchionne confirmed the carmaker was serious about such a model. Less than a year later, Ferrari was teasing it with an official name – Purosangue. Our spy photographers have captured prototypes and out testing, though it could be another year before the official reveal. In the meantime, new renderings attempt to preview its rear-end design.

After Marchionne confirmed Ferrari was serious about developing an SUV, Motor1.com created a front three-quarter rendering. Today’s renderings give a glance at the rear. Recent spy shots show the SUV taking on a high-riding wagon-like appearance with a sloping roof and liftgate. The photos were taken from a distance, though the renderings provide clarity. One of the most striking features is the swooping body creases that extend from the front wheel wells that help form a curvy rear quarter-fender. 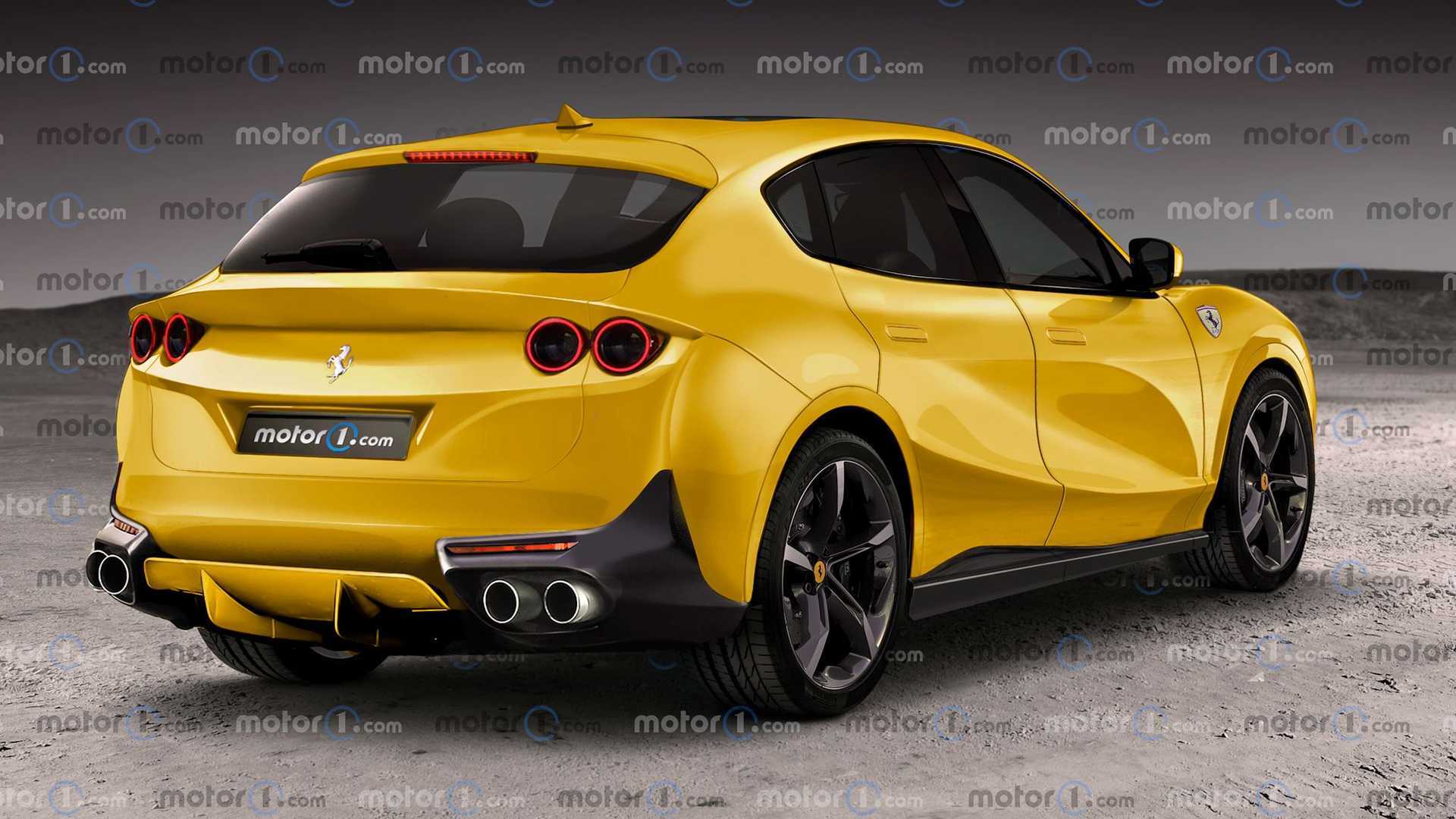 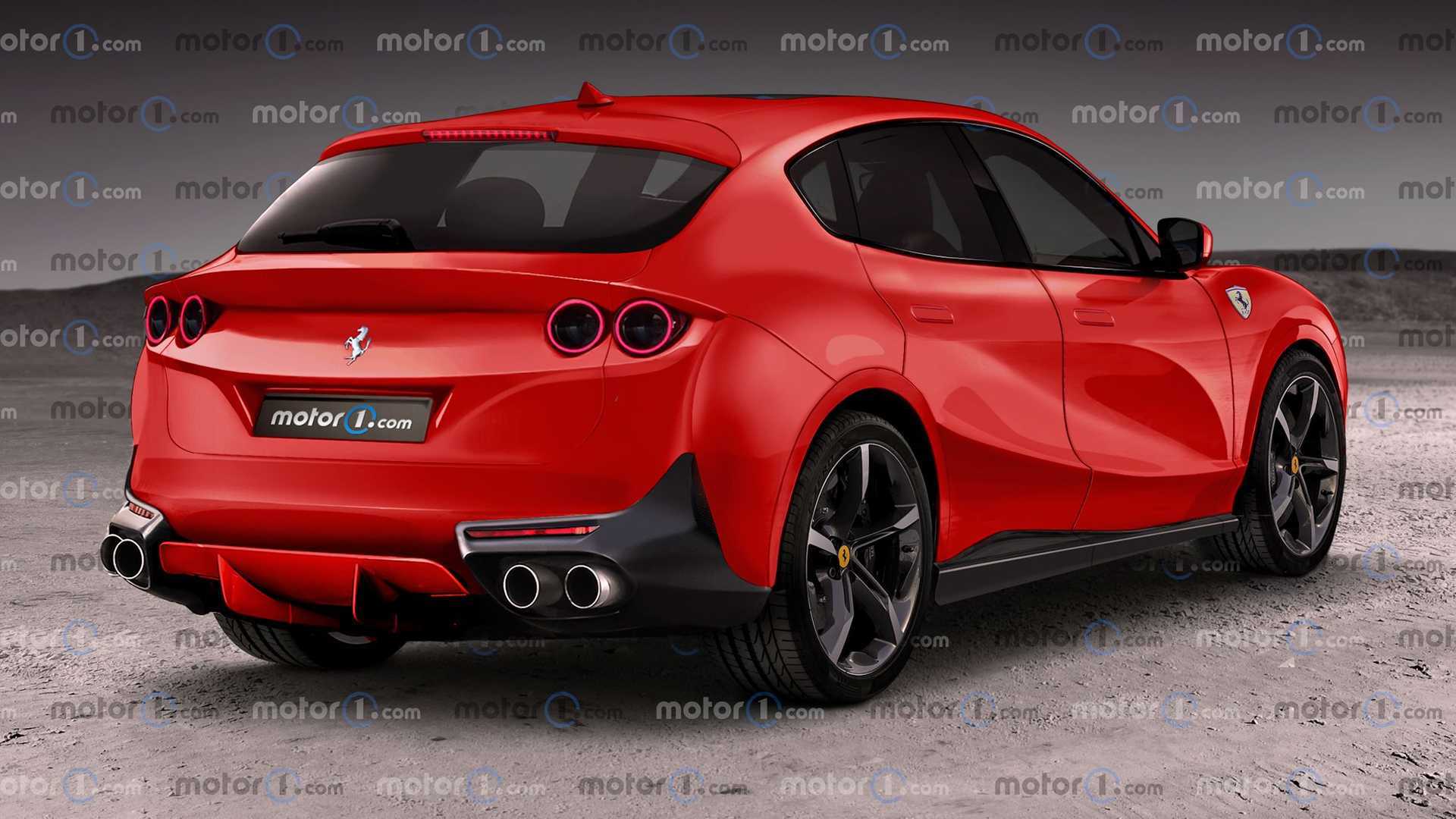 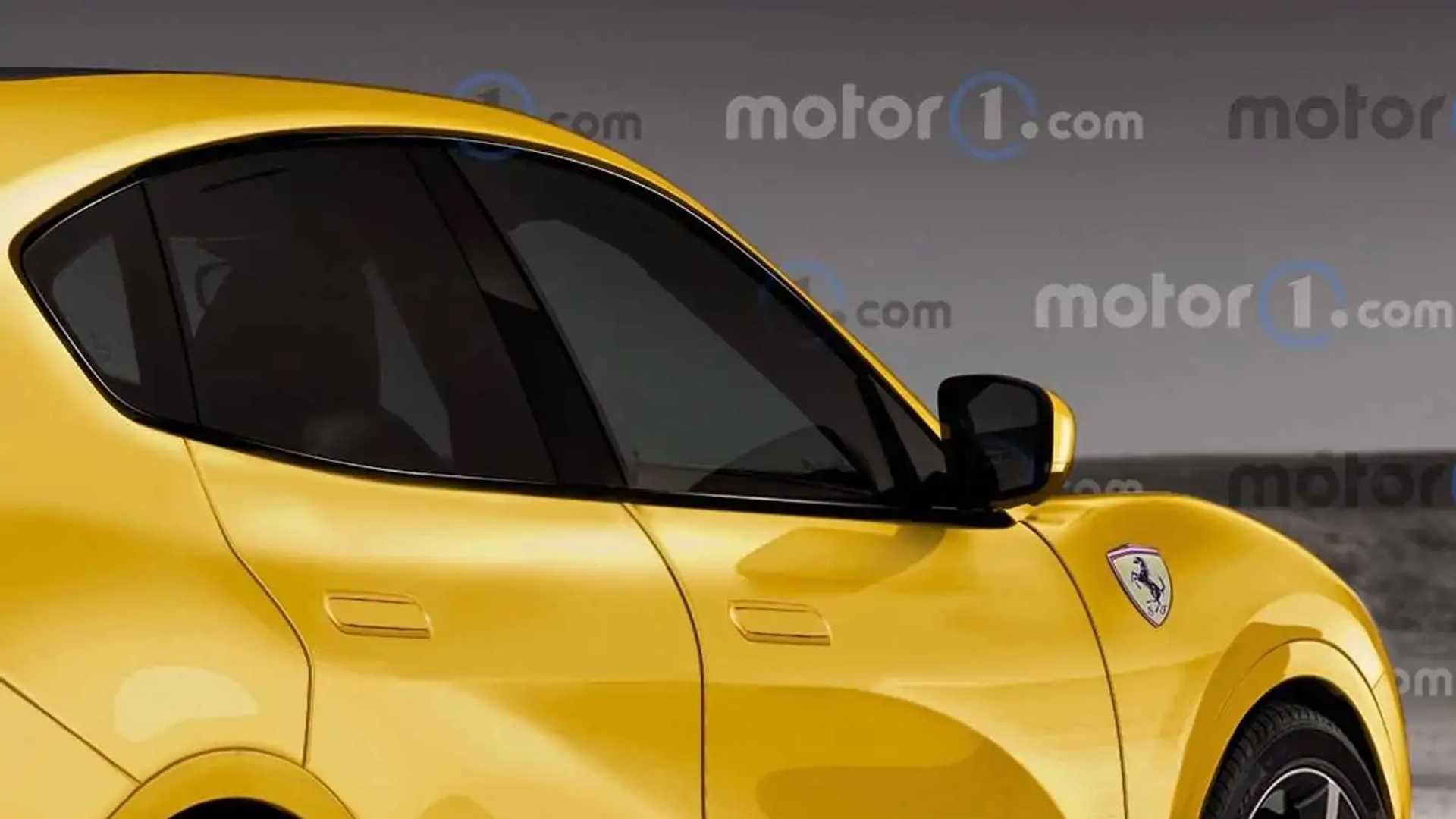 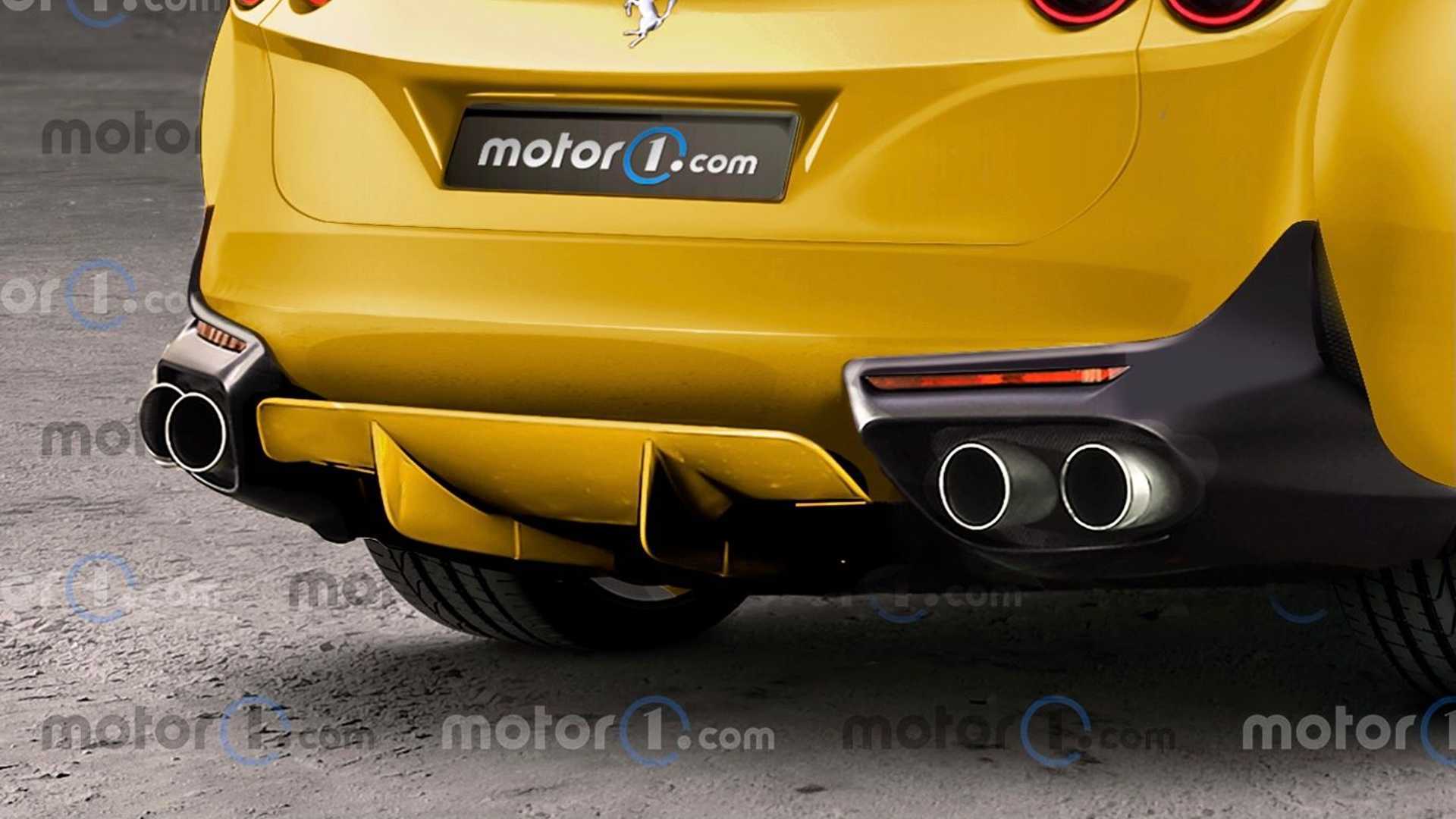 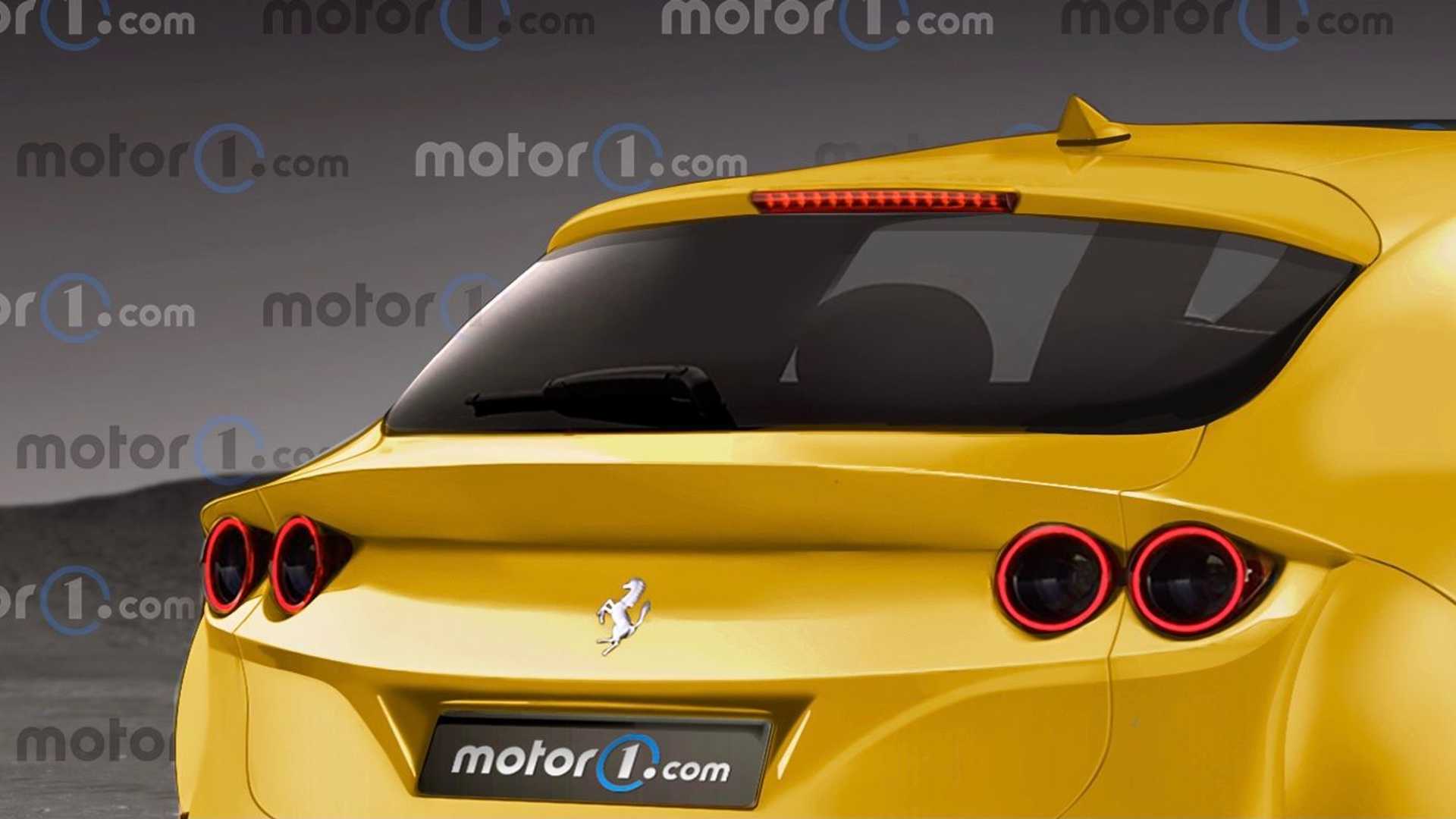 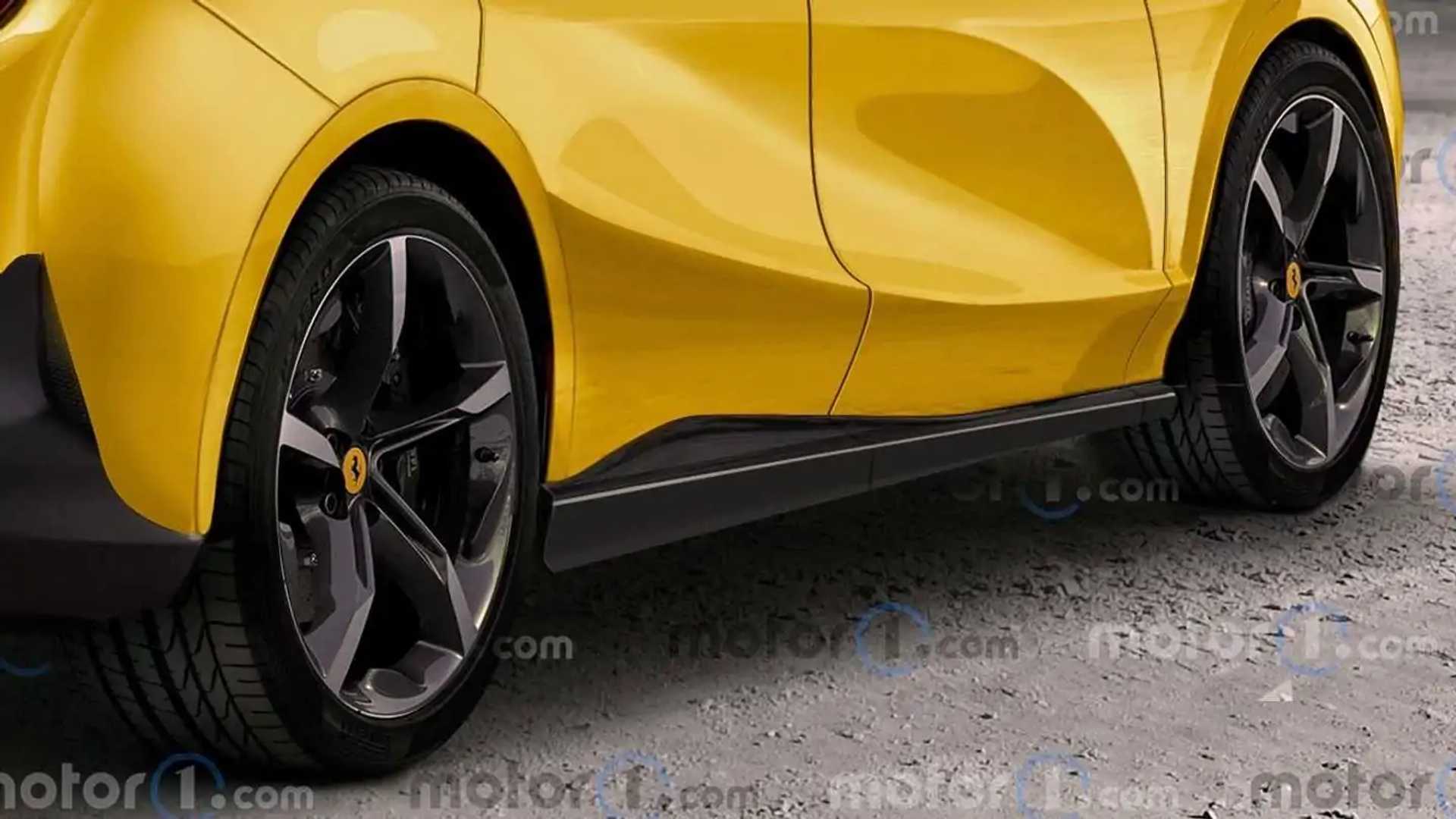 Quad, round taillights – a Ferrari design staple – sit below a subtle liftgate lip that looks like it’d be a spoiler on a regular two-door model. Below those is a lot of sheet metal that separates the lighting elements from the quad-exhaust tailpipes. A red diffuser separates them into pairs, while black plastic cladding gives the Purosangue the necessary high-riding aesthetic needed to woo crossover customers.

We’ve been hearing of such a model for years, and it still doesn’t feel real – and likely won’t until Ferrari makes it official. However, canceling the GTC4Lusso to make room in the lineup is a great sign. When Ferrari teased the model in 2018, it revealed the Purosangue would ride on its Front Mid Engine Architecture, feature an innovative suspension, and offer a hybrid powertrain. We’re most excited at the possibility of a mighty V12 being available before tightening regulations make it a relic. It should arrive for the 2023 model year.