Ford really did things right with their tribute to World War II, triple ace pilot Colonel Bud Anderson. This Mustang GT is a joint effort between Ford Motor Company and Roush and is named “Old Crow” in honor of Anderson, who nicknamed his P-51 Mustang fighter plane “The Old Crowe” after a whiskey of the same name. Fighting as a member of the 363rd Fighter Squadron, Anderson served two tours of combat during World War II and spent 30 years in the armed forces. 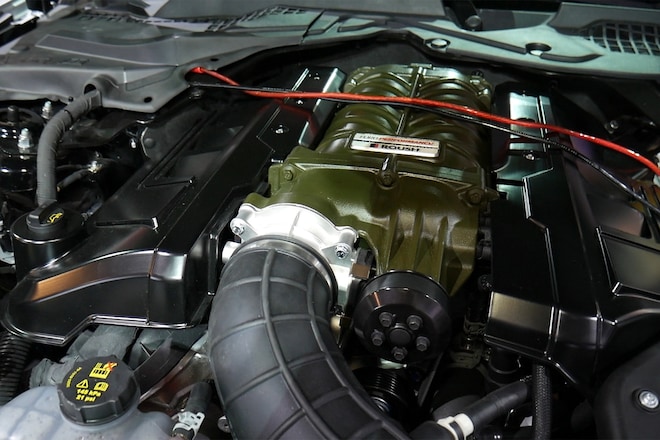 To honor this legendary veteran, Ford has produced this one of a kind Mustang with a P-51-inspired paint scheme draped over Roush rear fascia and a Ford Performance front racing spoiler. The hood features custom heat extractors that will help expel the heat of the Roush-supercharged 5.0 lying underneath. This land-locked Mustang makes 710 horsepower and 610 pound-feet of torque. Ford’s factory MagneRide damping system comes standard, but Roush upgraded the internals with a new air induction system and X-pipe, while Ford Performance tacked on an active exhaust. 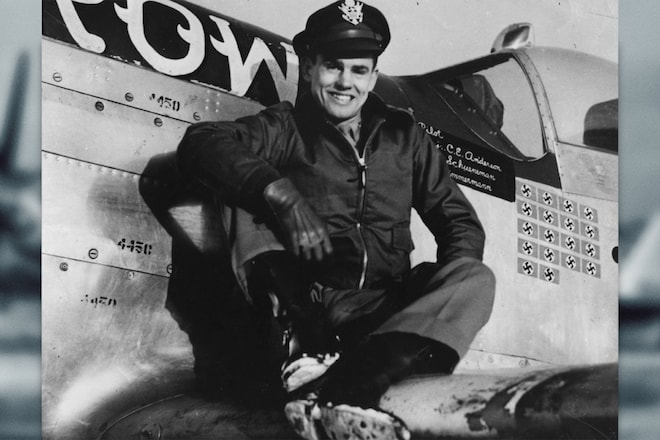 Inside the cockpit, the military-inspired cabin gives drivers the sensation of being a fighter pilot especially when strapped into the seat by the four-point harness.

Ford auctioned off the “Old Crow” Mustang GT at the Experimental Aircraft Association’s (EAA) 2019 AirVenture air show in Oshkosh, WI with the proceeds going to benefit the EAA’s youth and adult aviation programs.