Shortly After Ford unveiled the third-generation Everest, people began to wonder whether there would be a spicy Raptor flavor this time around. A representative for the Blue Oval said it doesn’t have such plans for the time being, but it could have a change of heart should there be enough demand for a go-faster version. In the meantime, it would appear the Dearborn-based company could still expand the lineup with a watered-down derivative of the Raptor.

Merely four days before unveiling the new Everest, Ford filed to trademark the word “Timberline” with IP Australia. In case the moniker doesn’t ring a bell, it was inaugurated last year as a suffix for adventurous variants of the Explorer and Expedition. In a tweet from May 2021, Ford North America Product Communications Manager Mike Levine announced there would be a series of Timberline-badged SUVs. 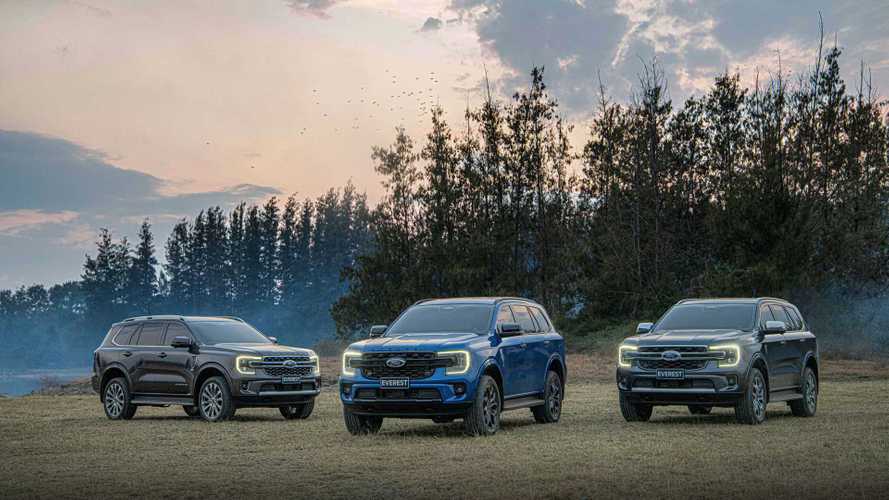 While the Ranger-based SUV is not coming to the United States, that’s not stopping Ford from slapping the Timberline badge on the Everest where the family off-roader is being sold. As a refresher, both the Explorer and Expedition models we mentioned benefit from a jacked-up suspension to improve ground clearance. The former has a single-speed transfer case and a Torsen limited-slip differential while the latter is fitted with a two-speed case and a ControlTrac LSD.

These Timberline versions are far from being Raptors, but do deliver extra off-road performance compared to the lesser trim levels. The Everest Timberline could happen Down Under since the trademark filed by Ford Australia with the local IP bureau is for “Vehicles, and their parts and accessories.”

Contacted by Australian magazine CarSales, a spokesperson from Ford’s local division didn’t confirm plans for an Everest Timberline. The trademark filing was labeled as a “normal course of business” since it’s not “necessarily an indication of new branding, badging or product plans.”

It likely wouldn’t be too hard to give the new SUV a more off-road-oriented version, but for the time being, the company remains tight-lipped about it.