Home » Car Reviews » G-Class Pickup Truck For Sale Is A Little Weird, A Lot Of Awesome G-Class Pickup Truck For Sale Is A Little Weird, A Lot Of Awesome 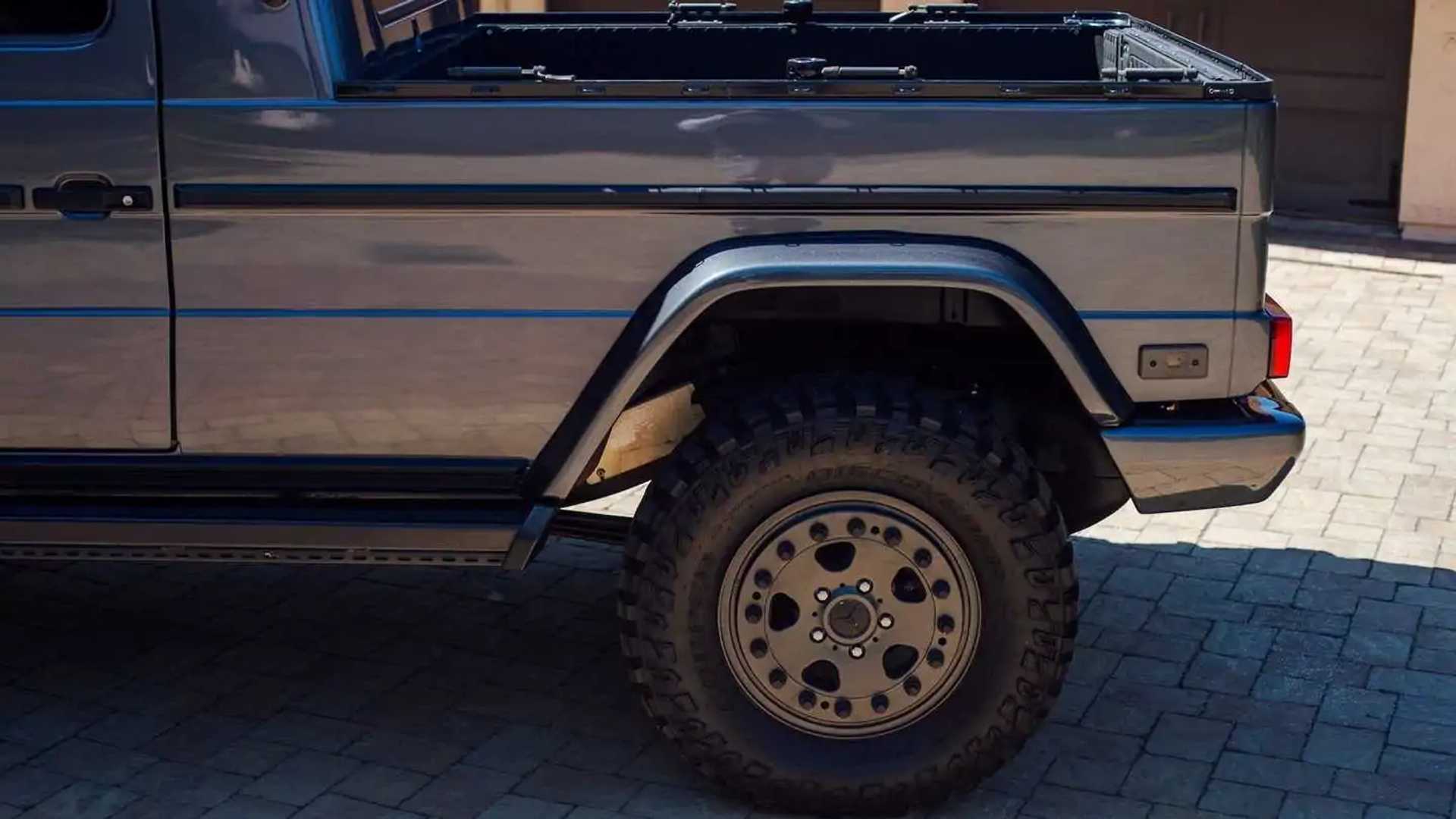 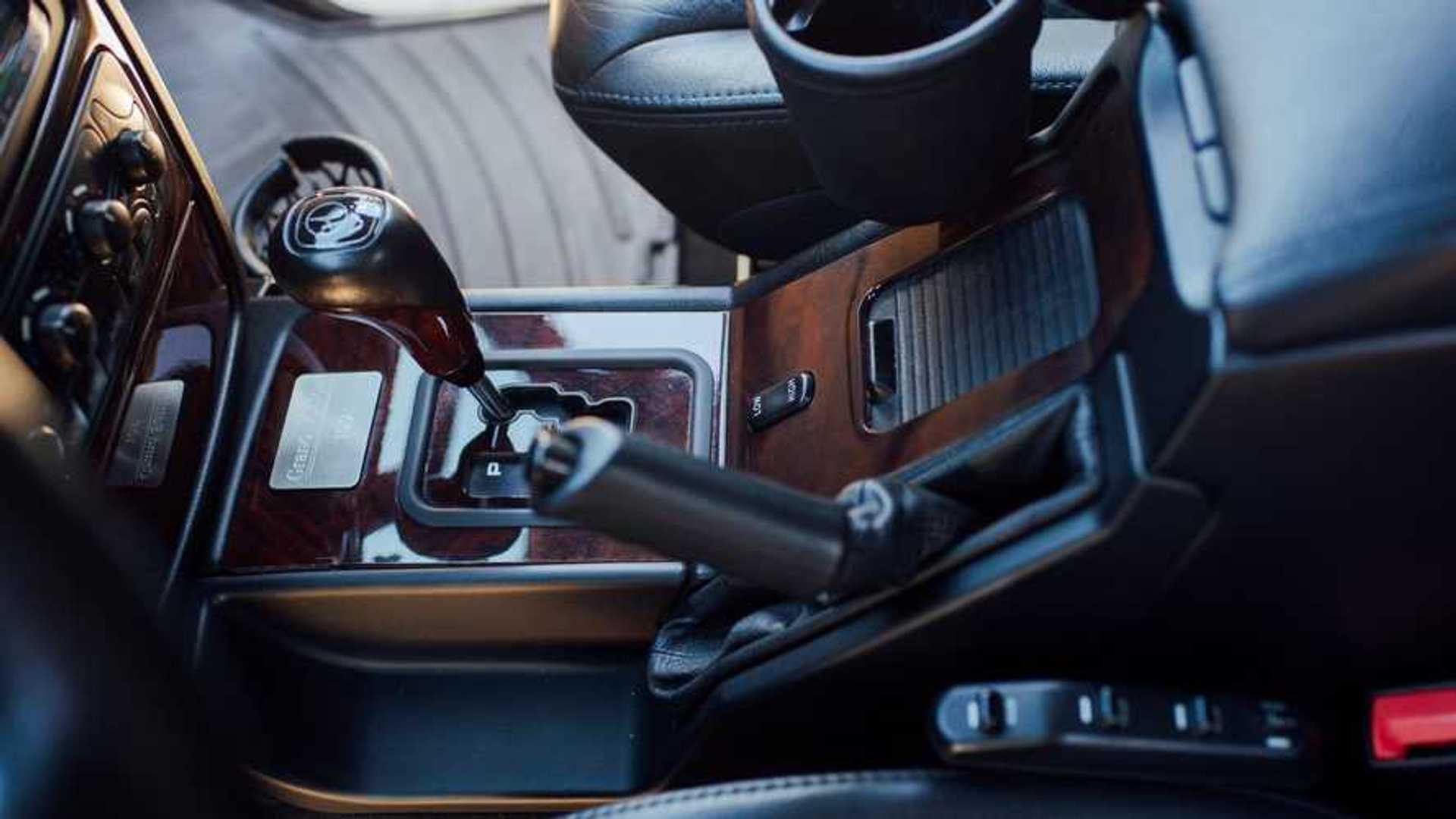 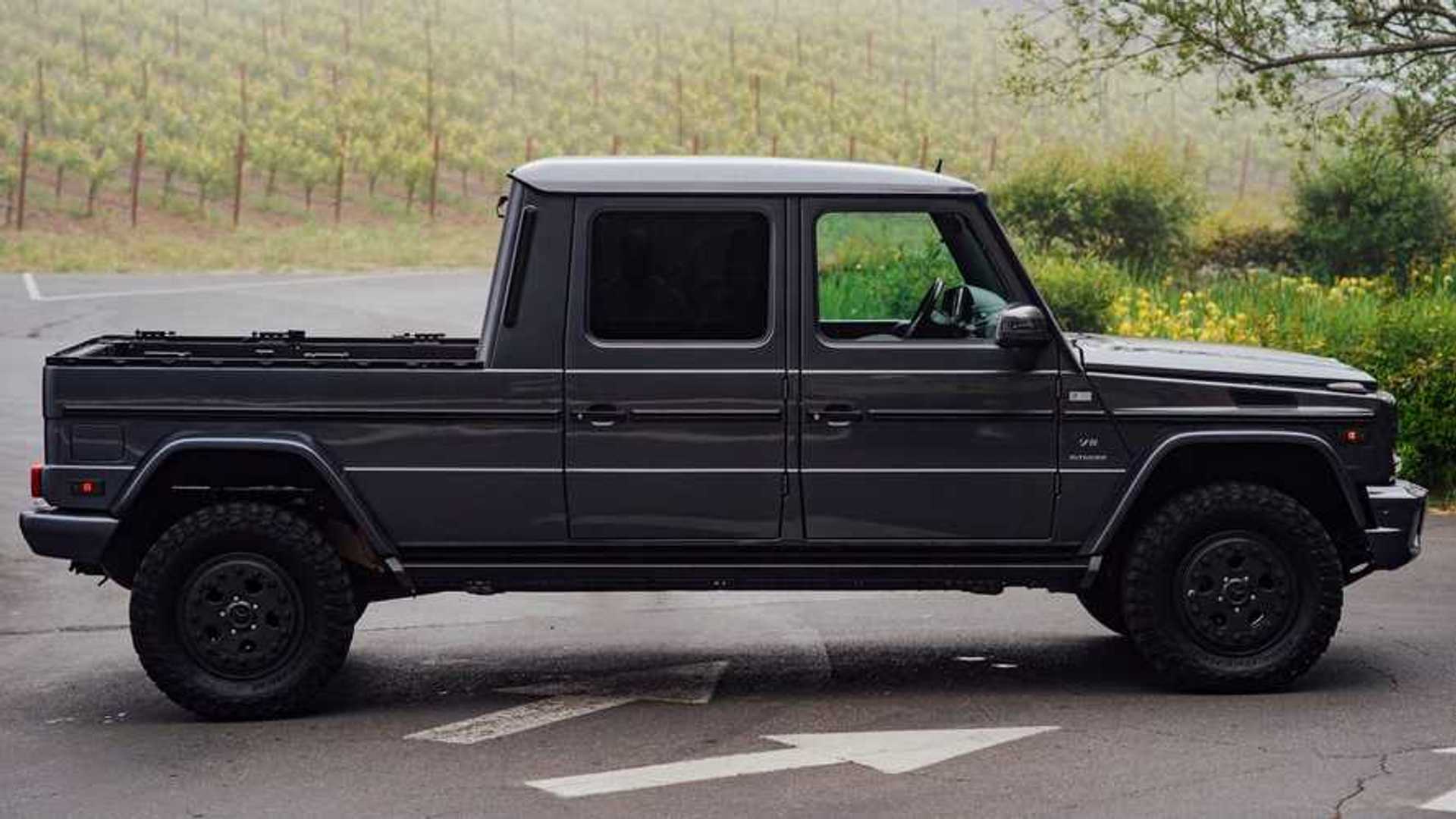 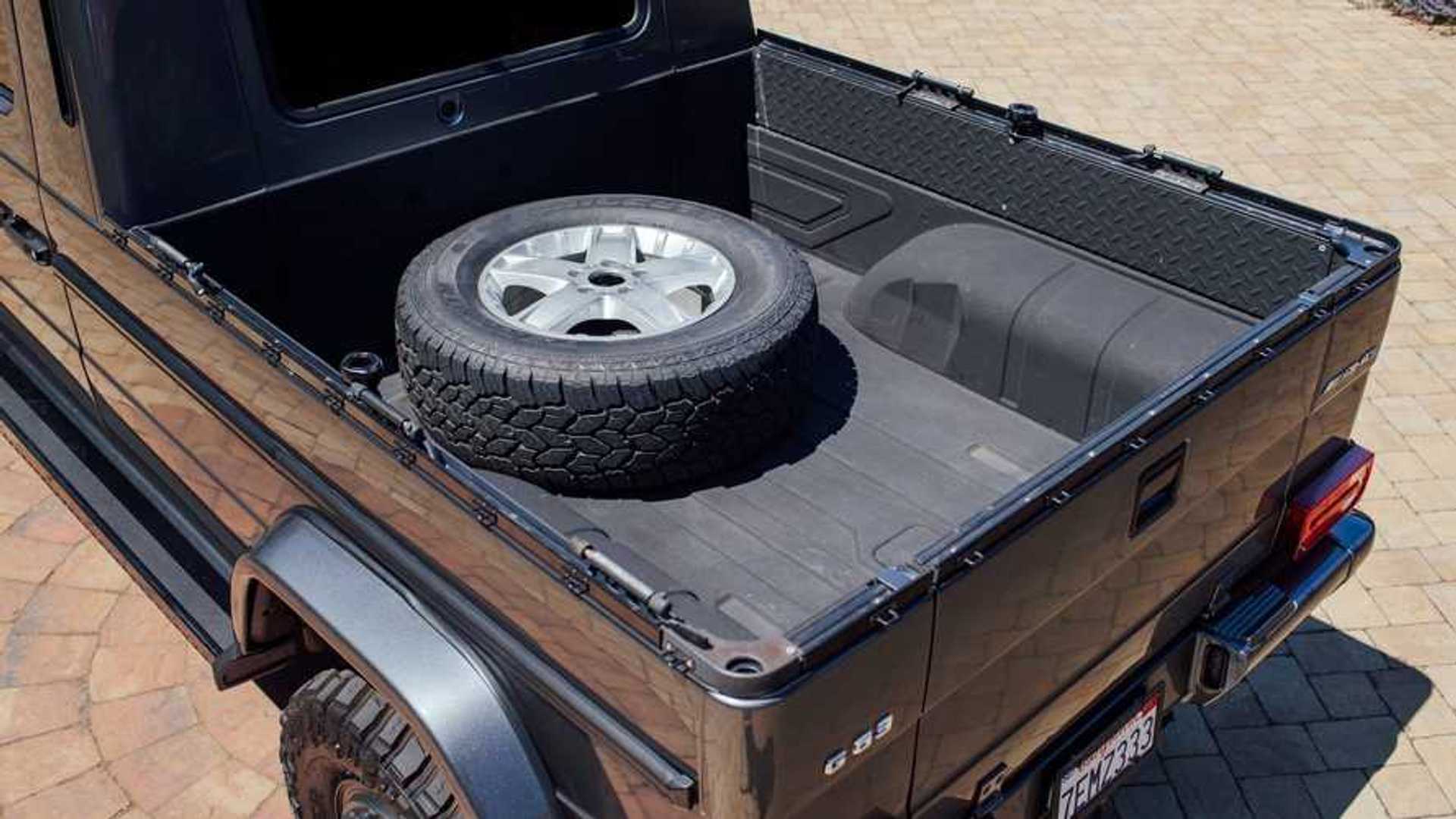 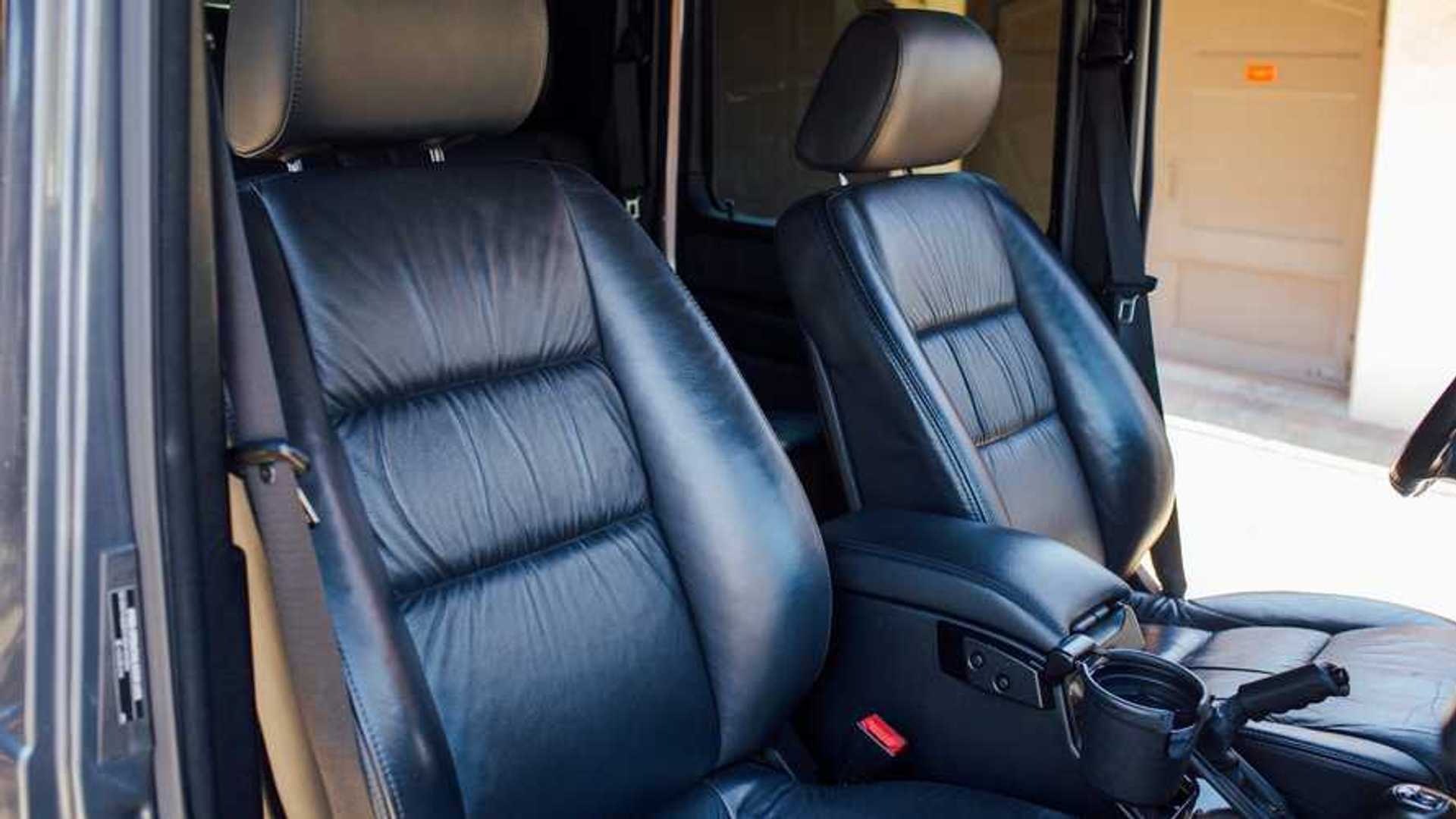 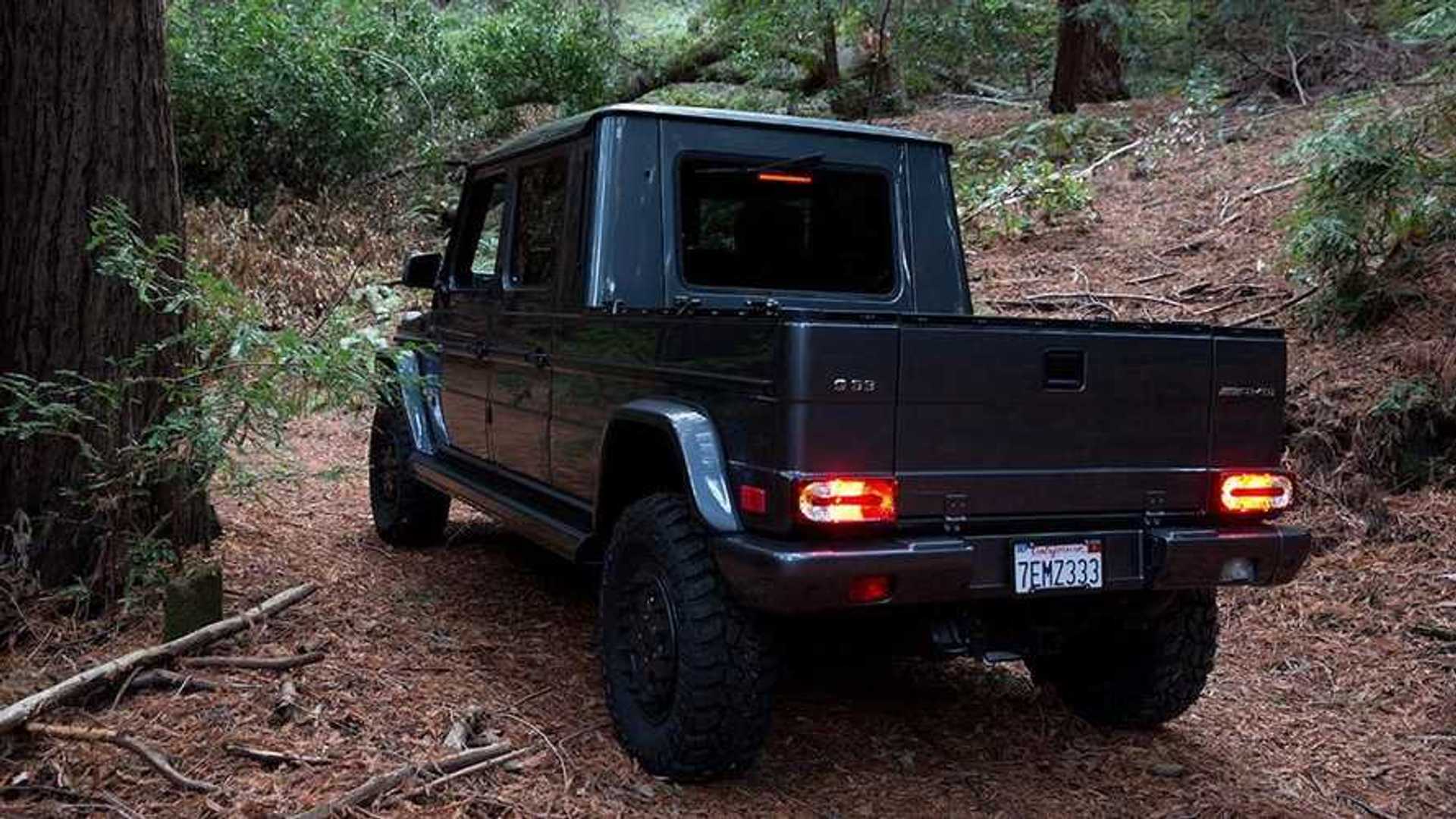 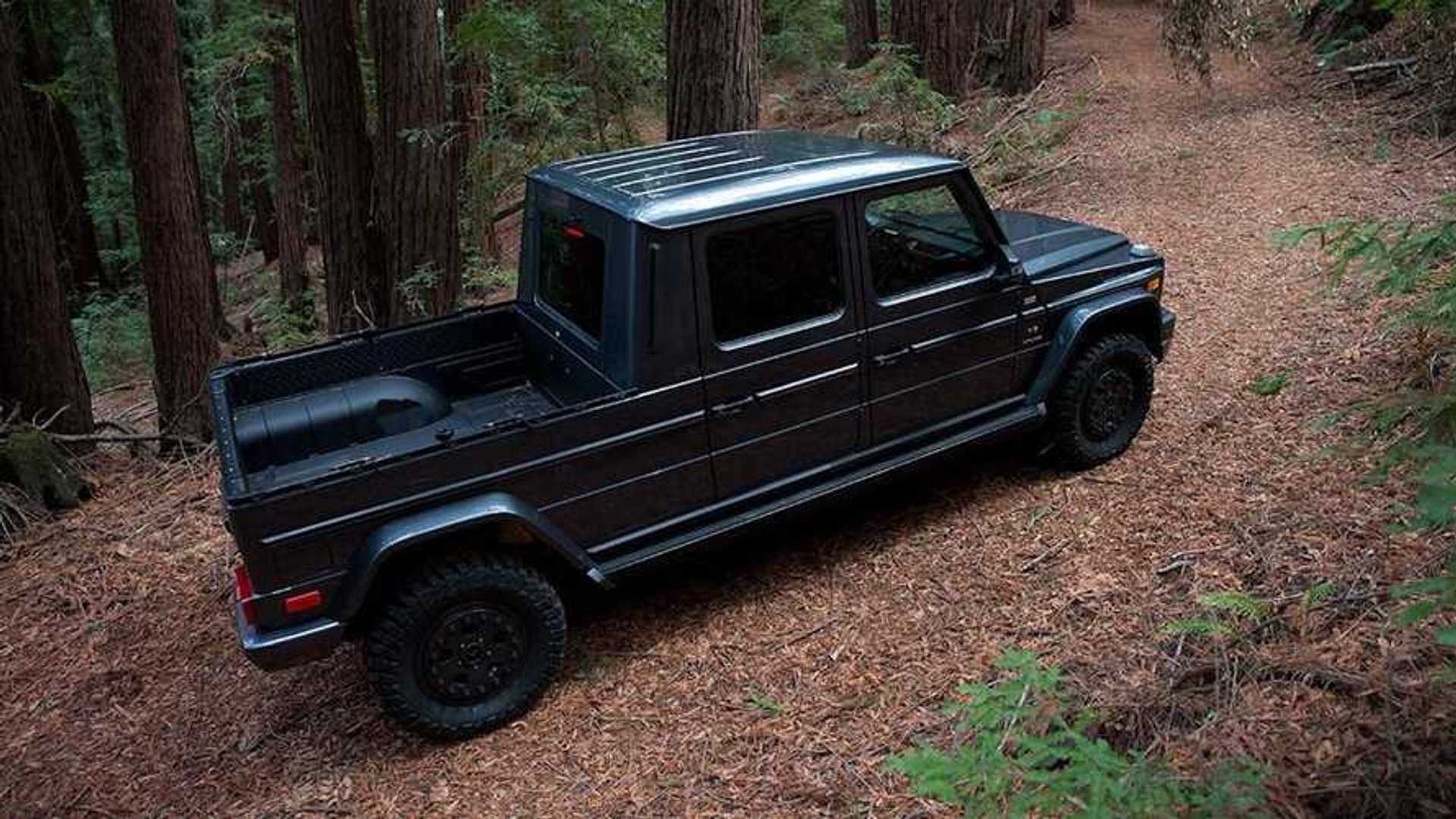 What you see here is a 2005 G500 Grand Edition that was first sold in California. The seller bought it in 2014 then decided to ship the SUV to the Netherlands for aftermarket works, courtesy of ikWILeenG that converted the SUV into a truck. The project was finished in 2015 and got shipped back to the US. The modified G-Wagen build photos, import documents, a clean Carfax report, and a clean California title in the seller’s name.

Beyond the fake AMG G63 badging, the truck looks nifty though a bit converting sometimes since it’s not every day that you see a truck G-Class. Then again, the gray G500 Grand Edition truck comes with a rear window wiper, a receiver hitch, cargo tie-downs, and TuffCoat spray-in bediner for the cargo bed.

Inside, the 2005 model is still premium as it was, while the 5.0-liter M113 V8 engine under the hood remains unmodified even after 109,000 miles on the clock. Of note, the rear axle was moved further back for the pickup conversion, then a custom driveshaft was fitted to accommodate the setup.

The current money on this truck is $60,000 at Bring a Trailer, along with more photos if you want to view them. If you’re interested, you have six days to place your bid at the time of this writing.